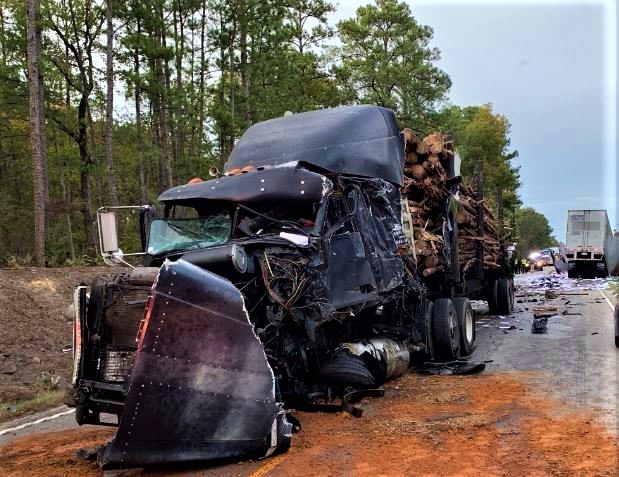 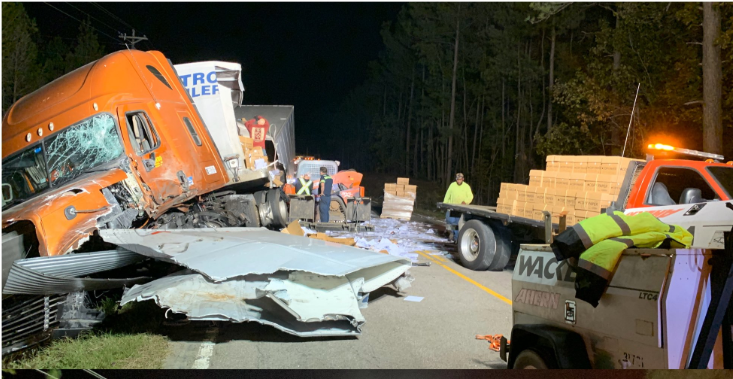 A 2013 Cascadia Freightliner with one passenger (hauling boxes of paper) with Georgia license plate.

A 1994 Convent Freightliner with one passenger (hauling logs) with a South Carolina license plate.

Preliminary information indicates that the bus and the Convent Freightliner were traveling southbound on McCords Ferry Road as the Cascadia Freightliner was traveling north.

The Cascadia approached a disabled vehicle that was on the shoulder of the road. The semi-truck crossed the center line in a no passing zone to move around the stalled vehicle. The bus, traveling in the opposite lane, slowed down to allow the semi-truck to complete the pass.

The bus was rear-ended at a high rate of speed by the Convent Freightliner, causing the bus to flip over and leave the road.

All seven people involved in the collision were taken to a local hospital. Two people on the bus remain hospitalized and at last check, they were in stable condition.