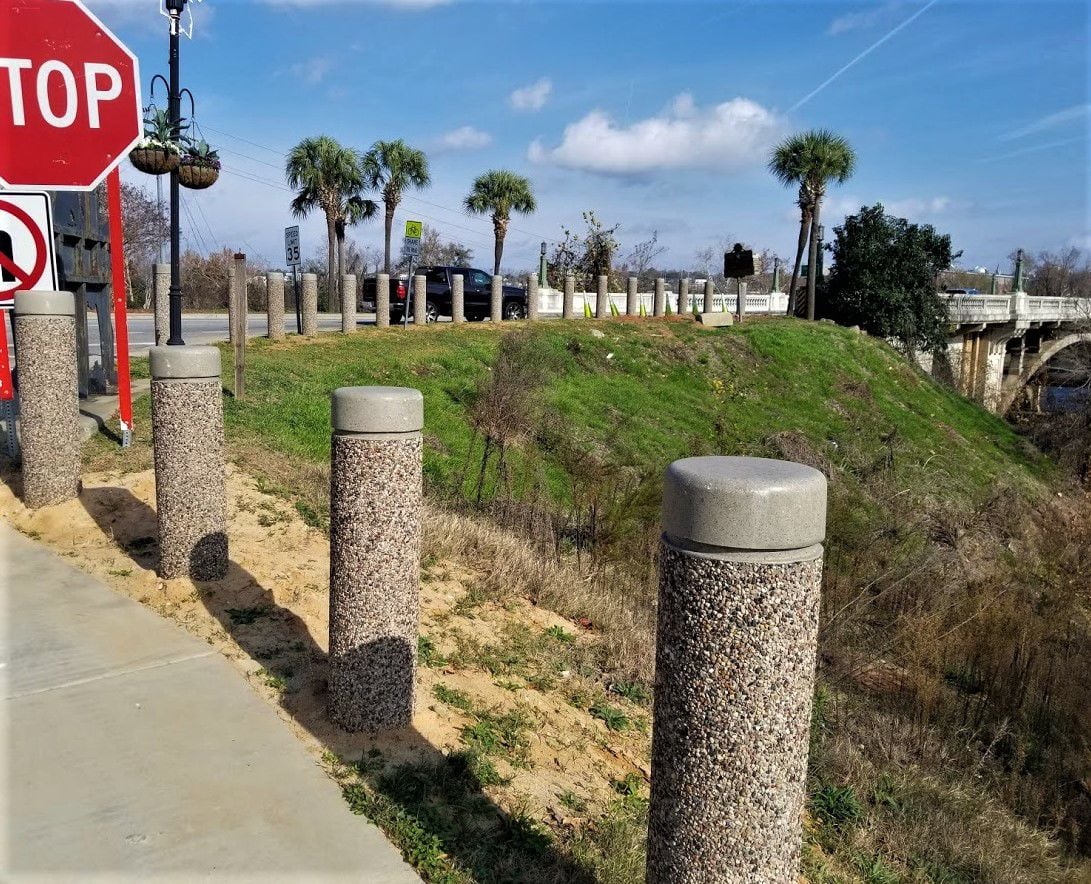 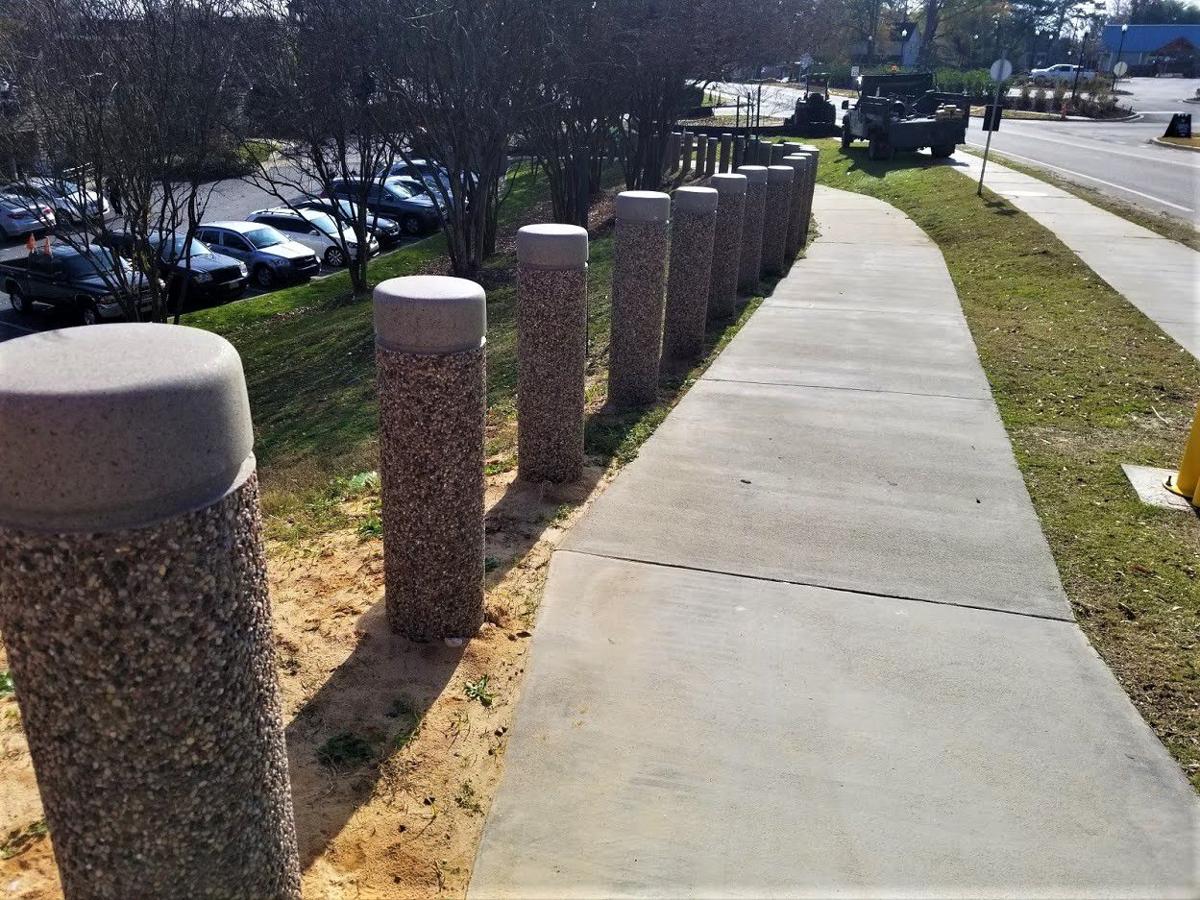 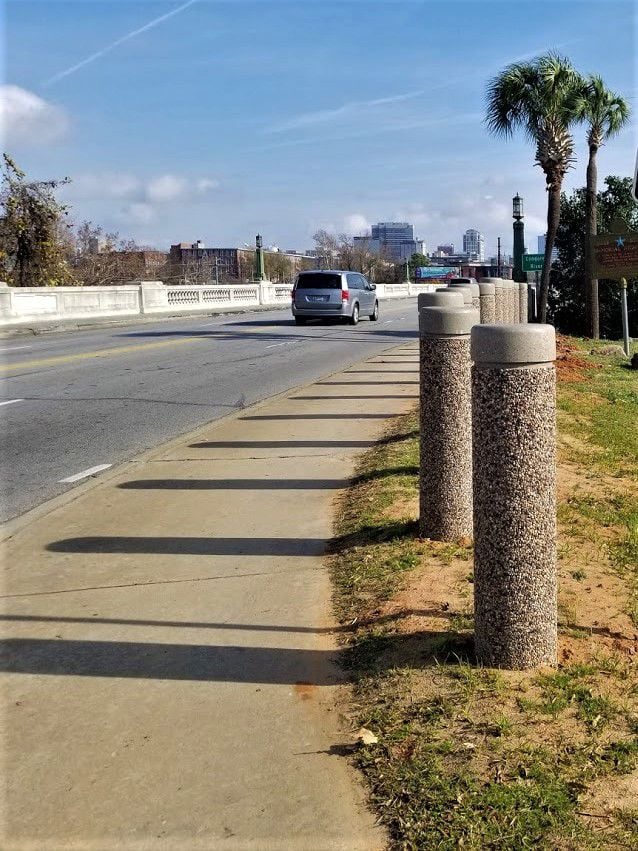 Crews from the City of West Columbia have installed several dozen bollards at the west end of the Gervais Street Bridge.

City personnel were working on the bollards Tuesday. Bollards are a series of posts set at intervals to block, or protect from traffic.

Hook said there have been some accidents around the intersection of Alexander Road and Meeting Street. On the shoulder of the road is a steep drop-off. If a vehicle ran off the road, and into the Riverwalk Park parking lot, it could endanger visitors in the area.

The bollards were put in to stop an out-of-control vehicle from advancing down the embankment, into the park area.

West Columbia City Council approved the installation of the bollards some months ago after Hook went before council and requested approval.