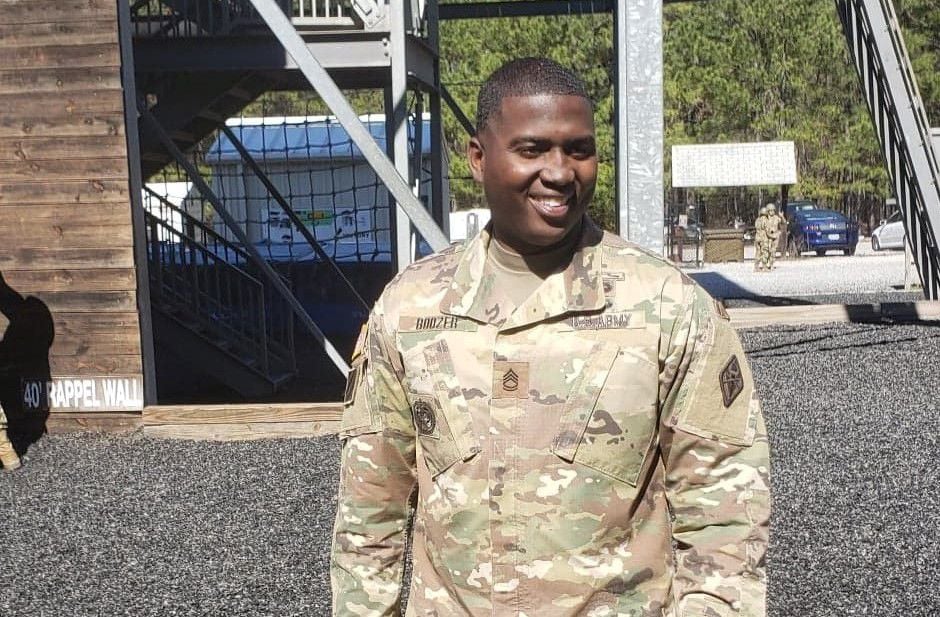 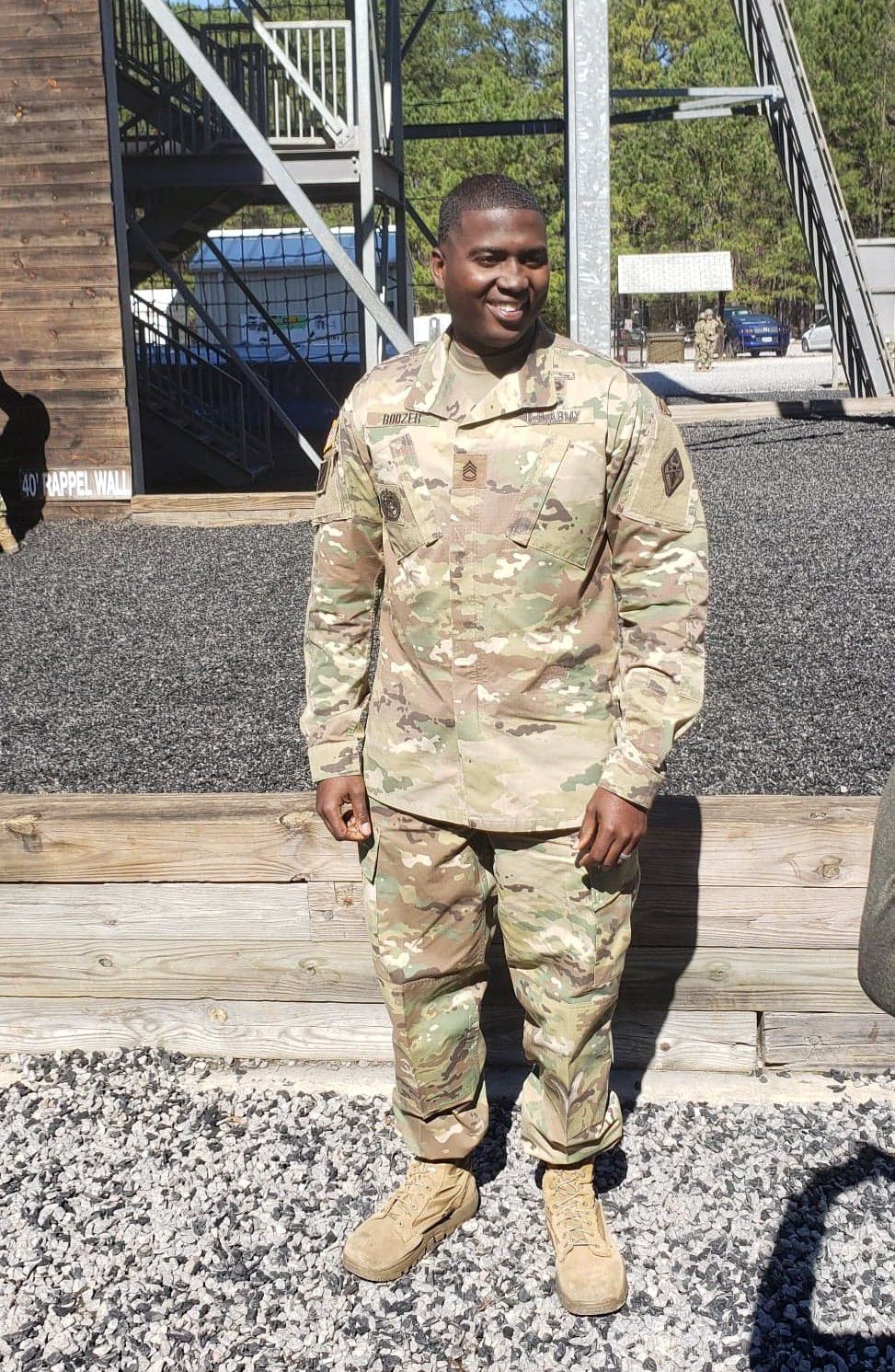 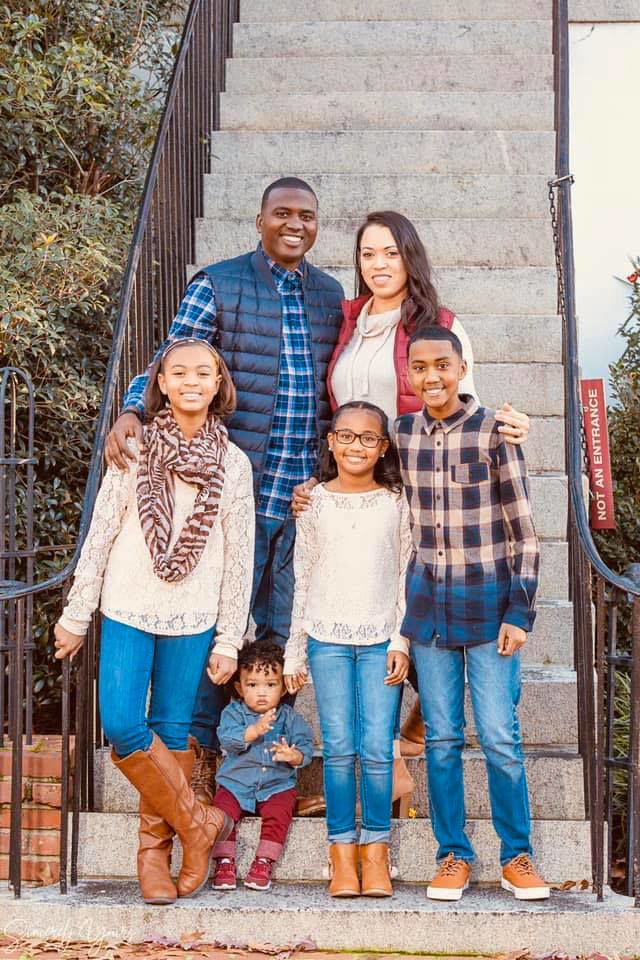 Columbia native and Ft. Jackson soldier Sgt. First Class Maurice Boozer will be starring in the movie Cherry coming to theaters in October. The film is produced by Anthony and Joseph Russo, known for directing movies like Avengers: Infinity Wars.

Cherry is based on the true story of a male Army medic who returns home from war and struggles with PTSD. He becomes addicted to opioids and starts robbing banks to pay for the addiction. The movie features Tom Holland in the lead role, and supporting cast that includes Ciara Bravo, Bill Skarsgård and Jack Reynor.

Boozer had no idea he would end up being a cast member in the movie. He was contacted by his old friend from his first unit, Richard Fishburn, who told him about the opening for a military advisor position. The job was to ensure the film was appropriately depicting the standards and customs of the United States Army drill sergeant. Eager to assist, Boozer went through the appropriate channels, his command approved his request, and he was given the position.

He traveled to Cleveland to begin the job. While teaching 333 actors how to accurately depict a soldier in boot camp, Boozer's impressive work was seen by the producers. He received a call from the Russos, who offered him a role in the movie.

Since the completion of filming, Boozer signed with a talent agent in Columbia. He was complimented on his work, and was told there is a likelihood he could be cast in more future roles. Though a new career is on the horizon, Boozer has served 16 years in the Army, and has no desire to leave the Army early.

"I will be serving my 20 years. I'm just 85 octane, I ain't no premium gas, or anybody special," he laughed. "I'm a start-something-finish-something kind of guy, and I will finish what I started here in the Army."

Boozer's personal life made him a good fit for the cast. He was diagnosed with severe PTSD at 24 years old. He knows all too well the realities of war, and the struggles when coming home. Boozer is a veteran of Ramadi, Iraq, the sight of the Battle of Ramadi in 2006.

"Of the twelve months that we were in Iraq, we probably fought for three months straight with the enemy in Ramadi. It was a dark time," he explained. Boozer credits his high spirits and strong morale today to his wife's loving support and open ears.

Boozer will be discussing more about his career, his role in Cherry, and his time in the Army on 94.3 The Dude's Soldier Salute in the weeks ahead.