Midlands residents and eclipse-tourists alike came out Saturday night to see the revealing of the long-awaited “Southern Lights.” Southern Lights is a multi-laser art installation over the Congaree River. The presentation of the art project took place at Coble Plaza on Gervais Street, where viewers has a chance to enjoy live entertainment, Italian ice, and pizza, There was also a special Eclipse Pale Ale provided by The Whig and Catawba Brewing. Minutes before the lasers came on, the crowd gathered around the stage to listen to Southern Lights creator and artist Chris Robinson speak about his project.

“My installations seek to create a three-dimensional structure,” Robinson said. “They beg of you to become involved in the artwork, to seek it out.”

Columbia Mayor Steve Benjamin, Cayce Mayor Elise Partin, and West Columbia Mayor Bobby Horton all praised Robinson for creating something large enough to bring together three different communities with the placement of the art piece over the river.

According to Benjamin, the joint efforts of these three cities working together has been an exciting experience. “I dare say not one community has pulled together and maximized this the way we have,” he said.

Partin said she believes it will allow more people to discover the beauty the area has to offer. “We celebrate the artist and the art that will quite literally bring people to the river and across it,” said Partin.

Horton said the artwork, the City of West Columbia will now keep its Riverwalk open two hours later.  “We want people to be able to safely view the extent of this artwork,” said Horton.

After all mayors spoke to the crowd, they honored Robinson by giving him a key to each of the cities they represent.  “There are many things that bring us together, but not many can do it as beautifully as art can,” said Partin.

People crowded along the boardwalk by the river, and down the Gervais Street bridge to see the lasers. Observer and Vista Guild member Mike Evans wanted to be sure he got to see the installation in person.

“This artist has installations all over the world, for him to do something in Columbia where we can say it’s one-of-a-kind, brings such positive energy to the city, it’s awesome,” said Evans. 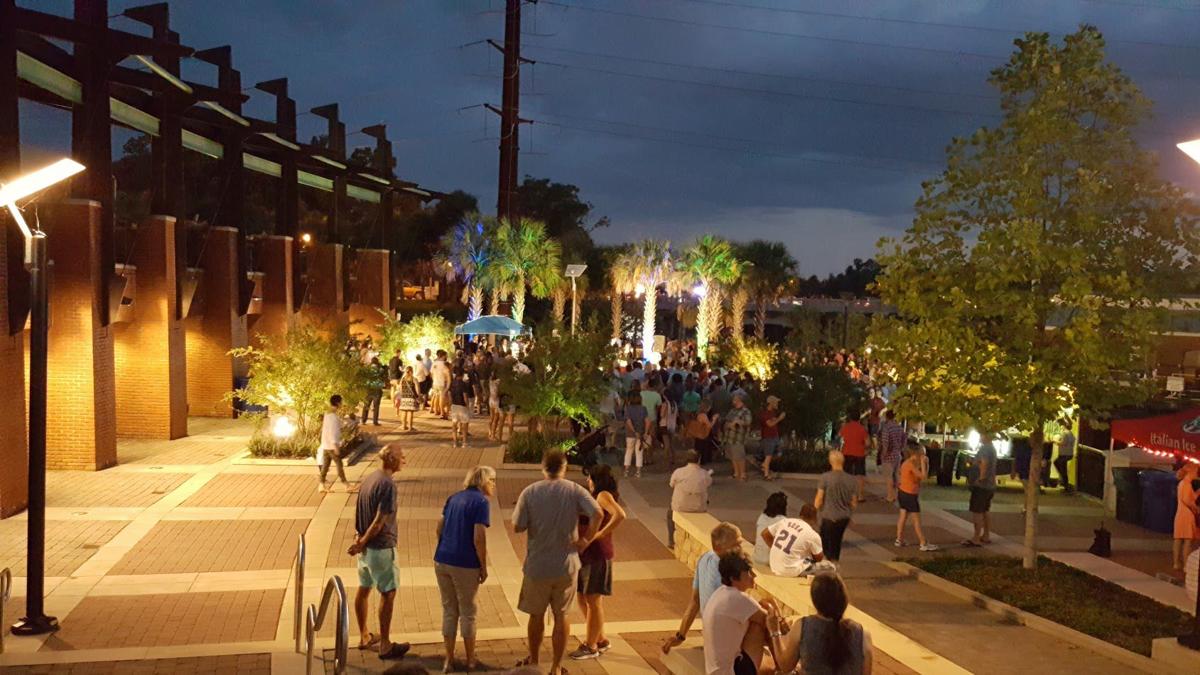 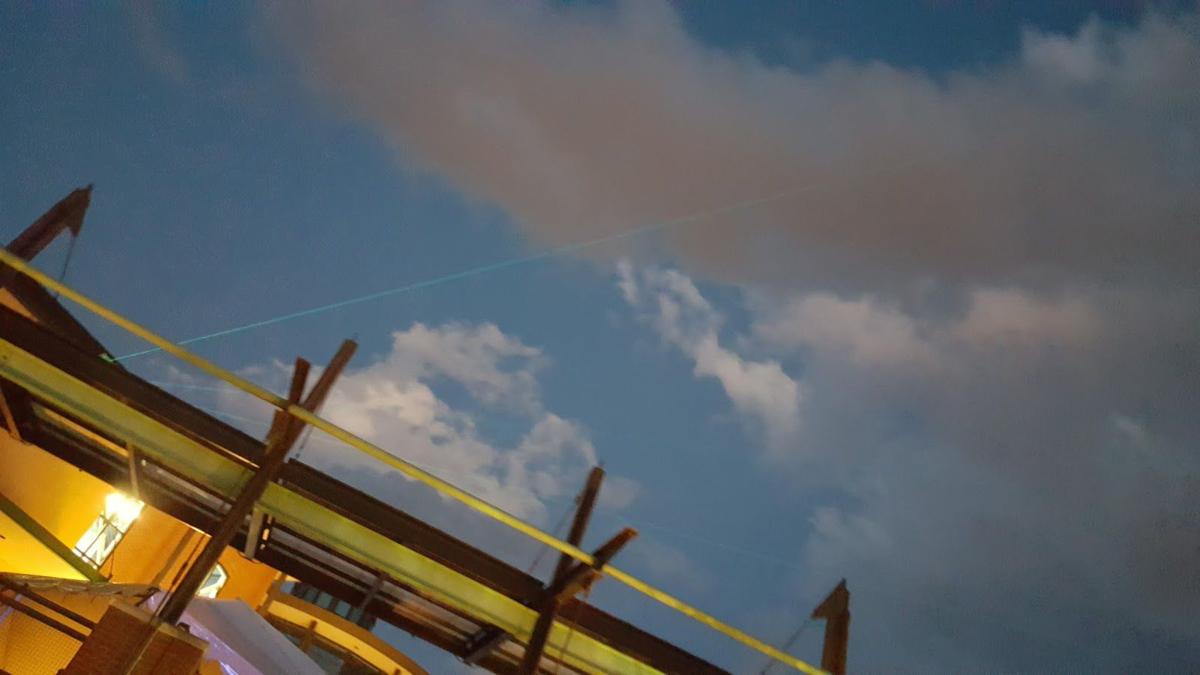 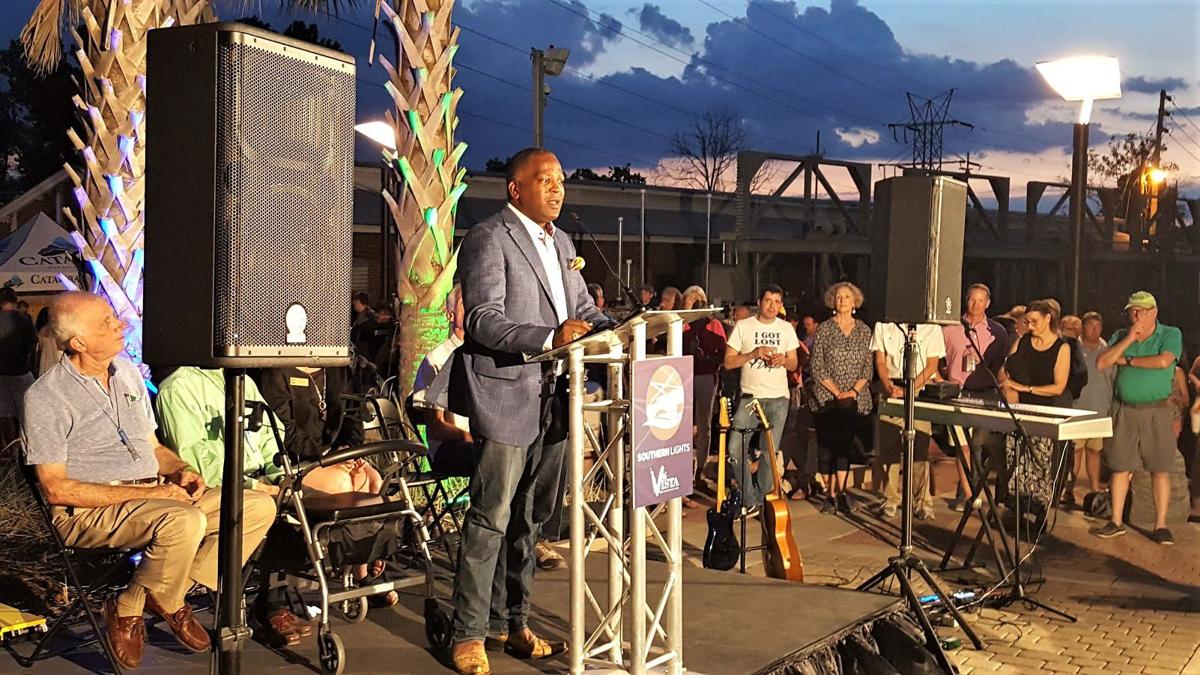 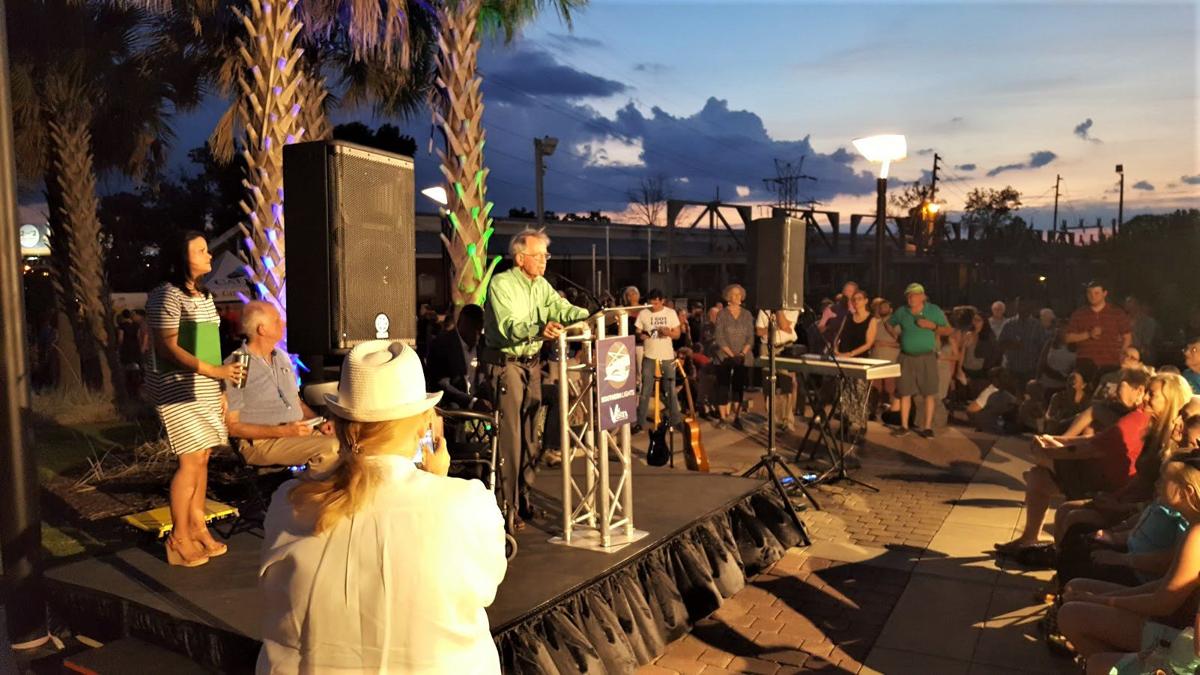 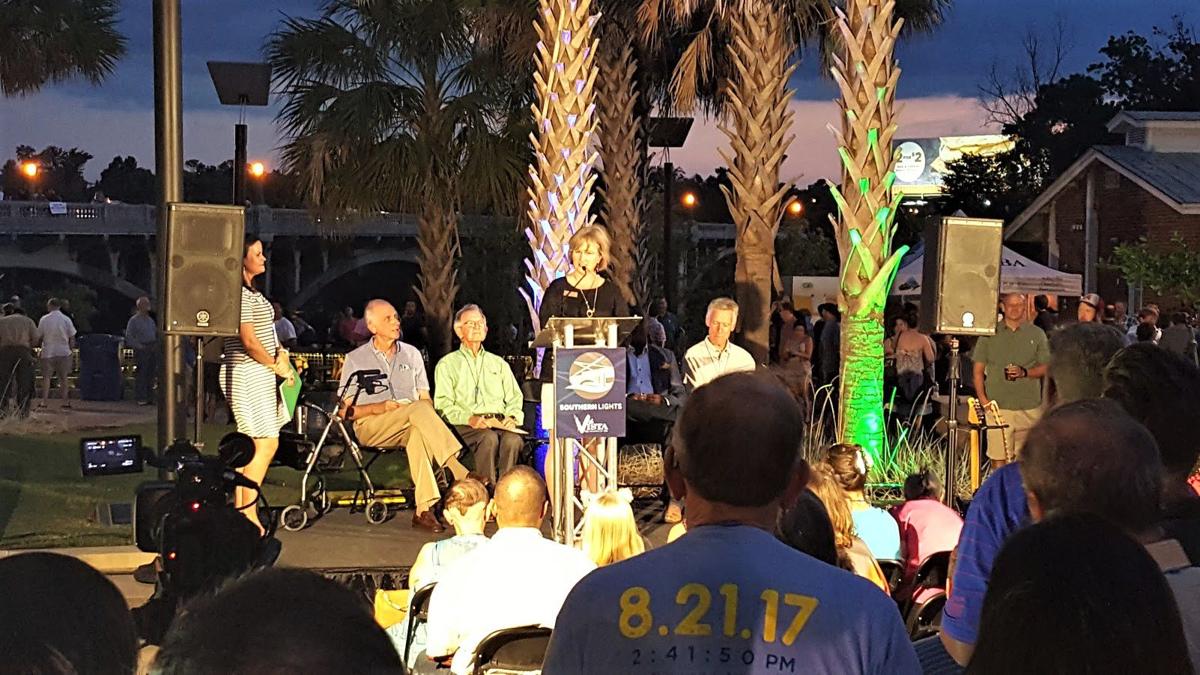 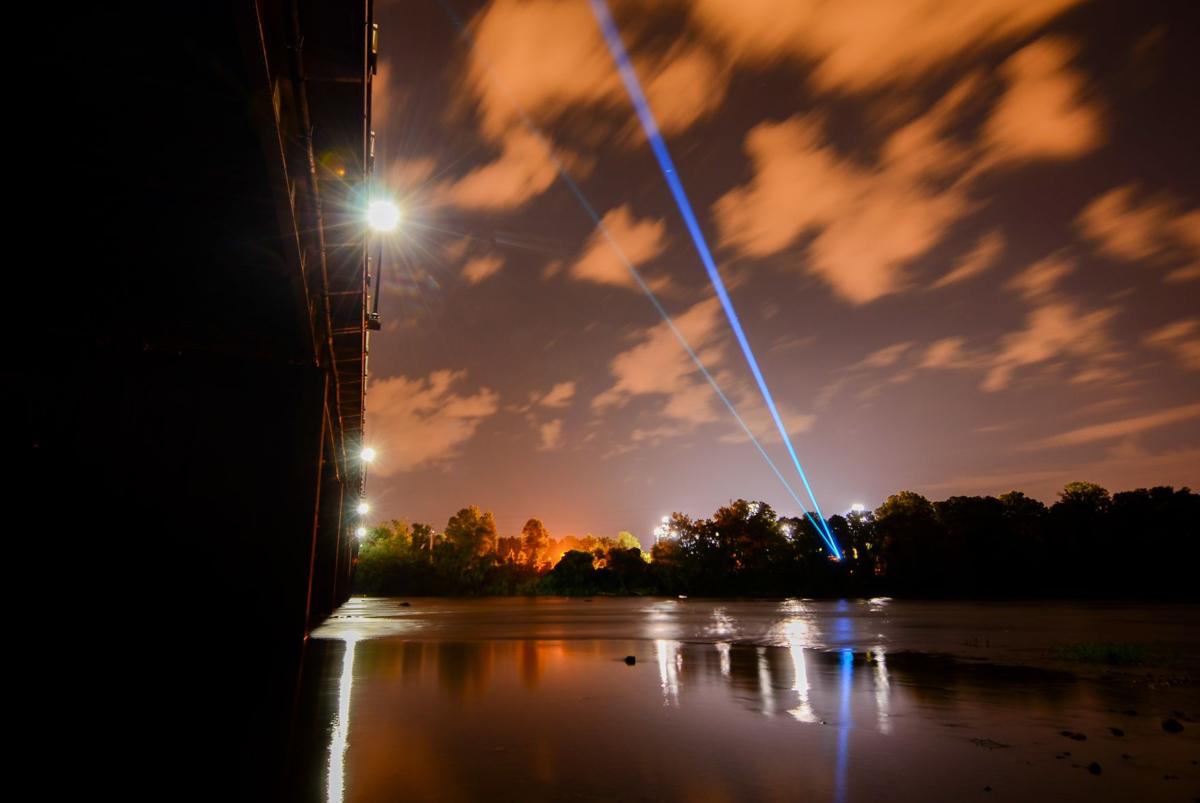 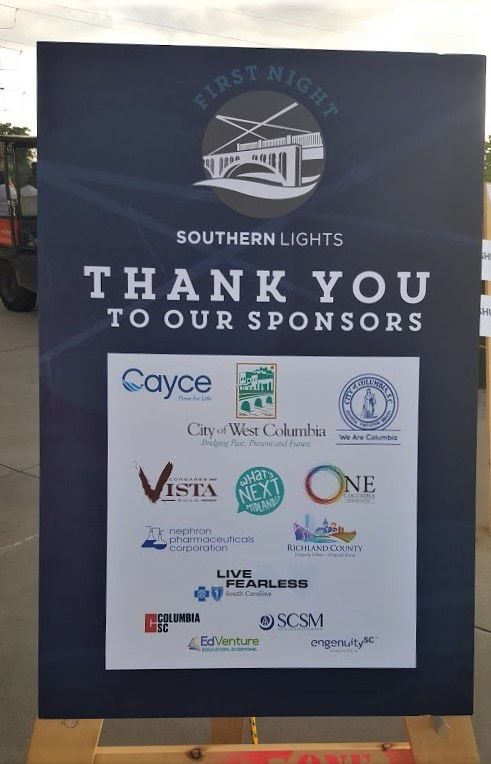 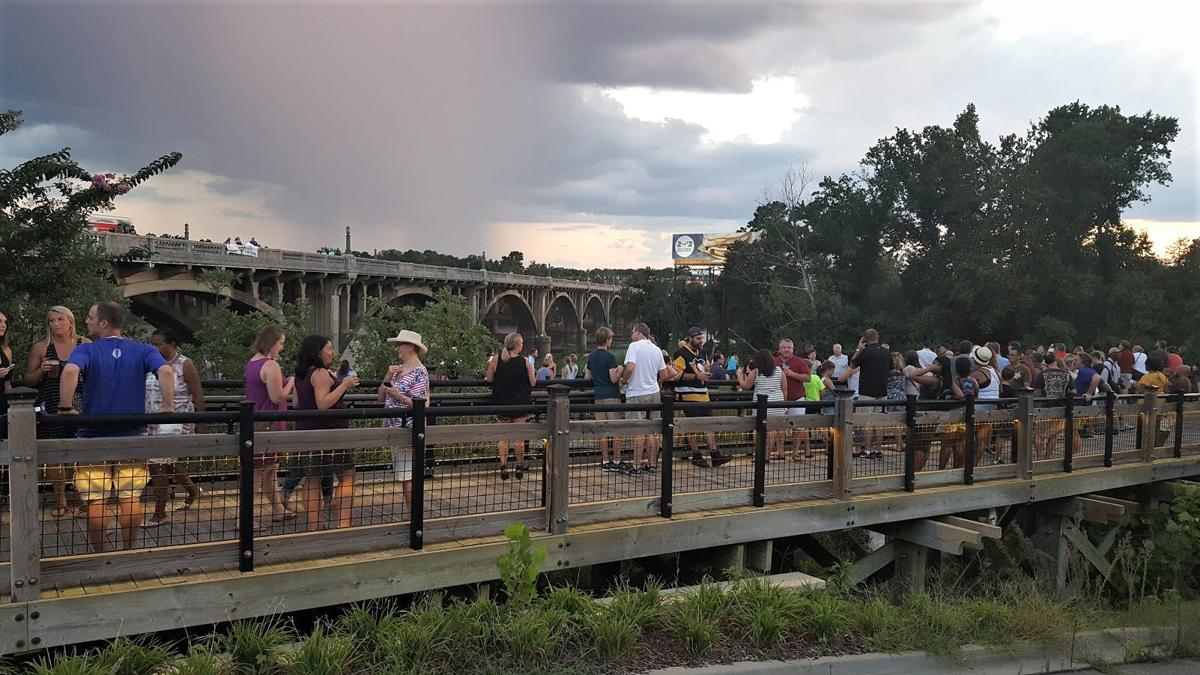 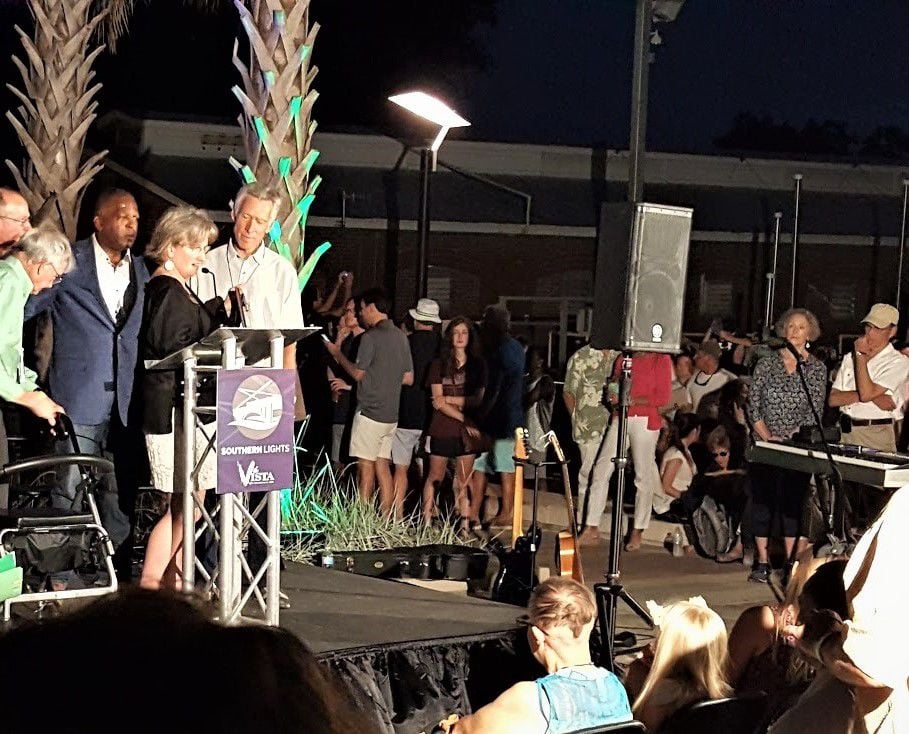 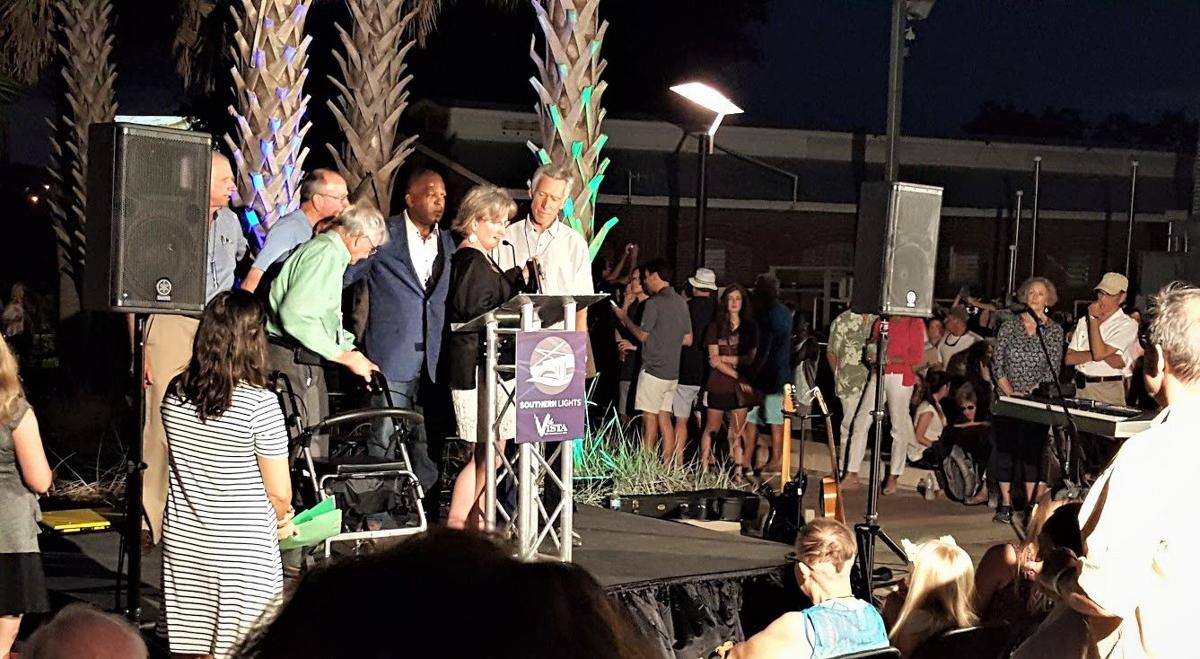