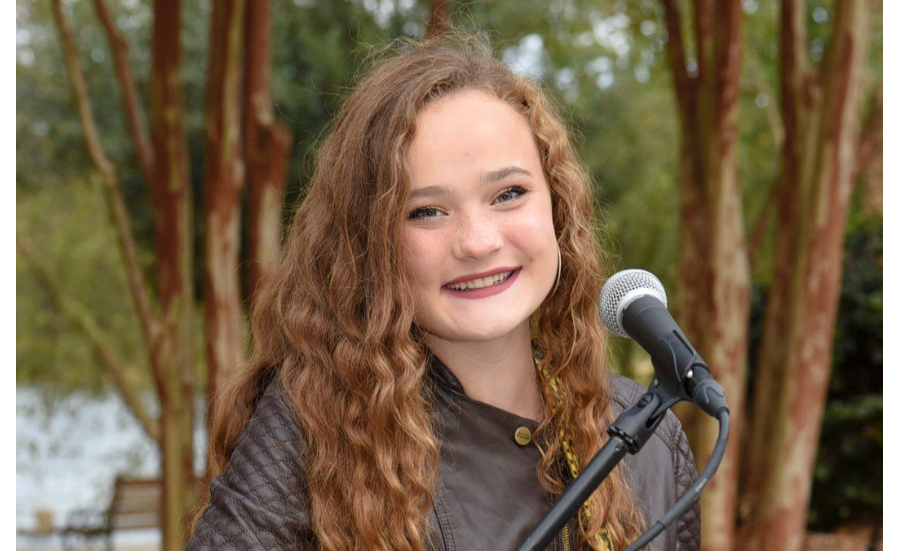 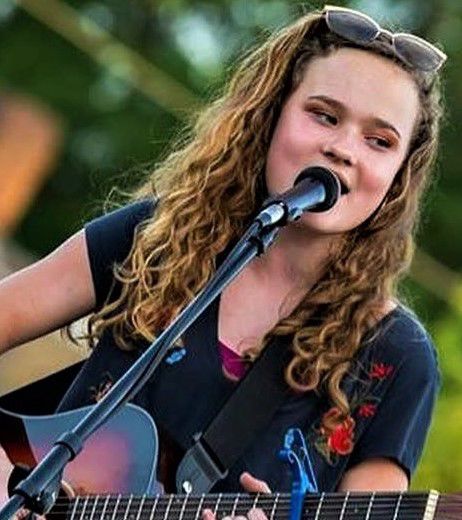 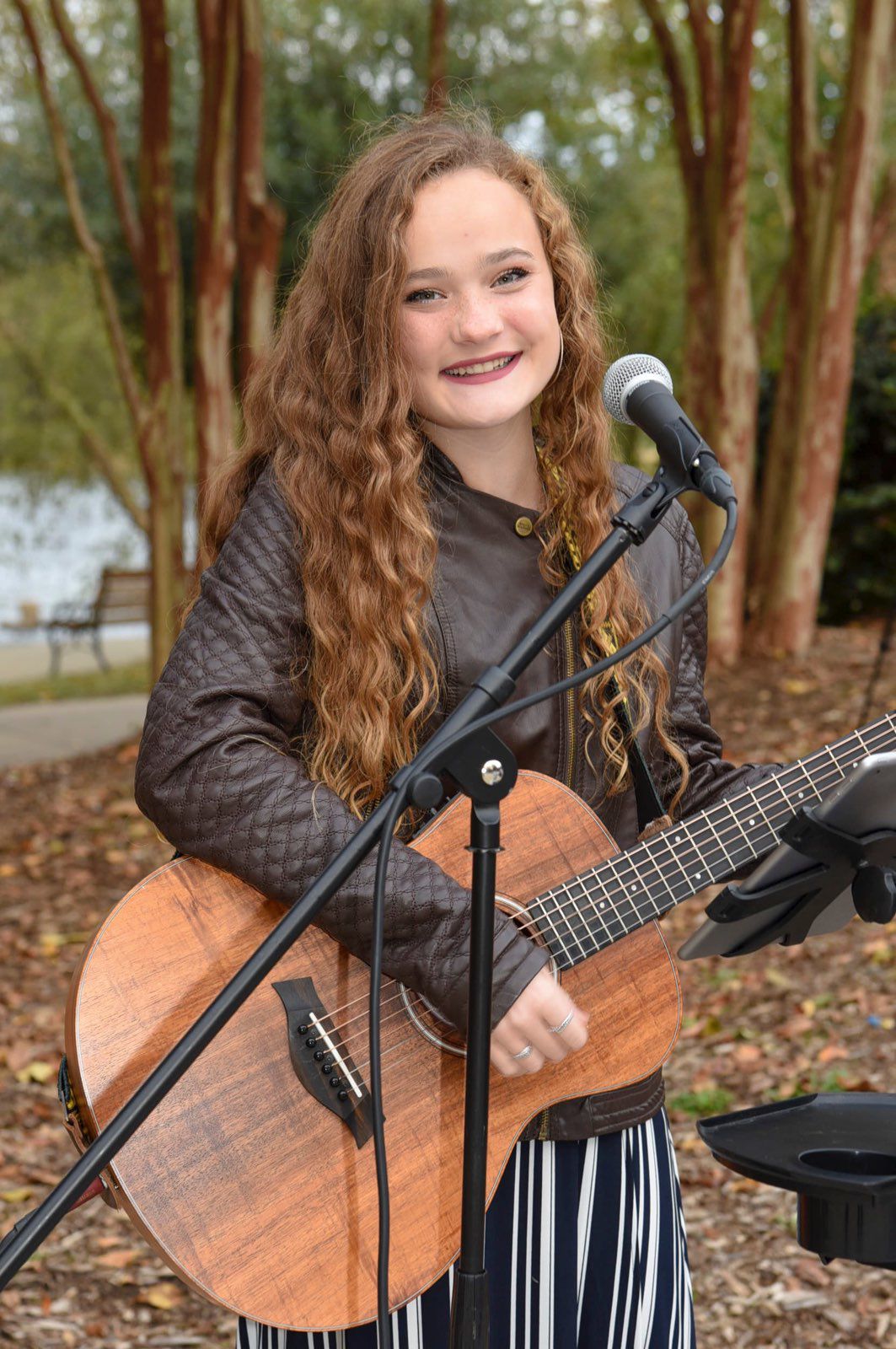 At the wedding of Crystal and Joe Parker, Nov. 8, Riverwalk. Kelli Ricard photo. 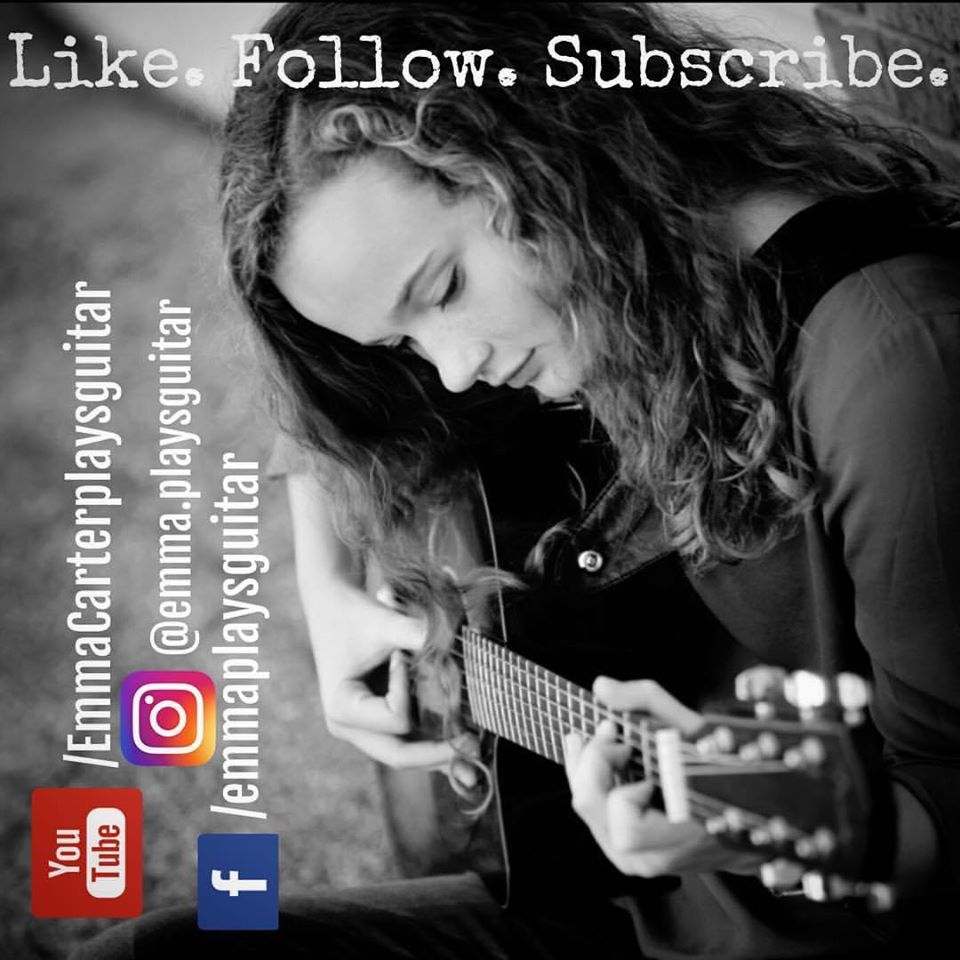 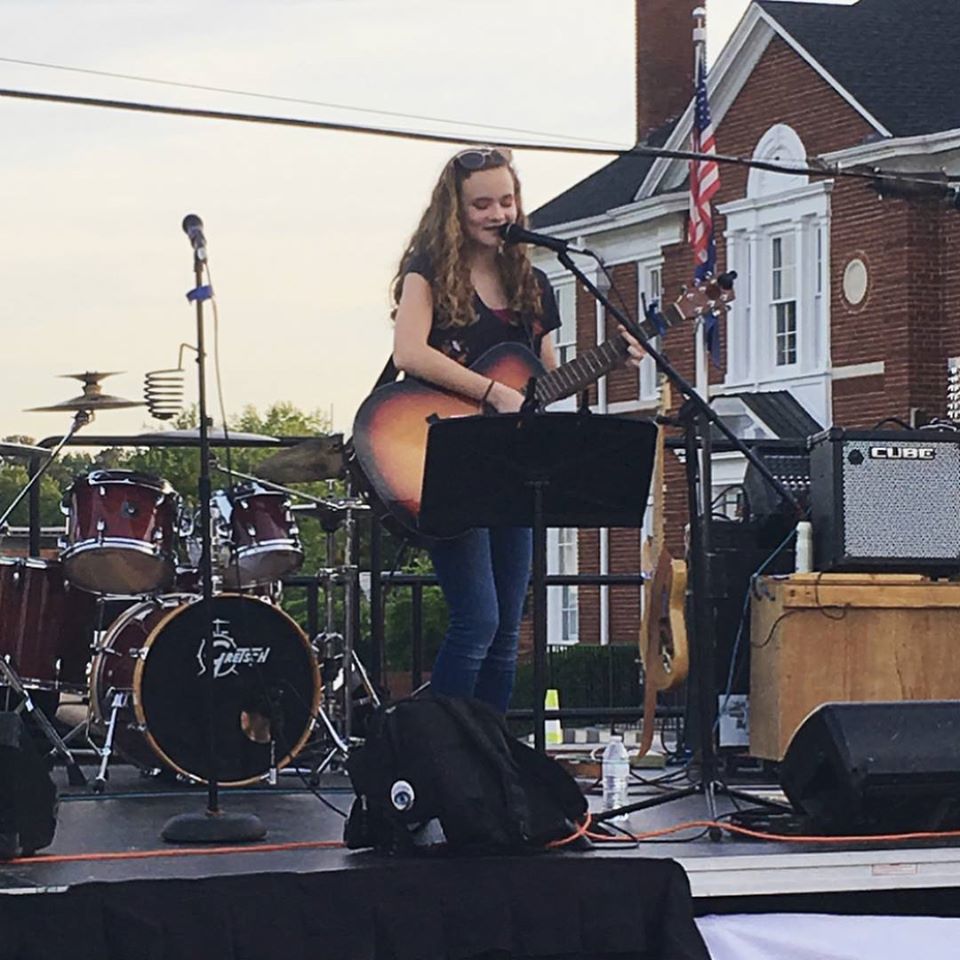 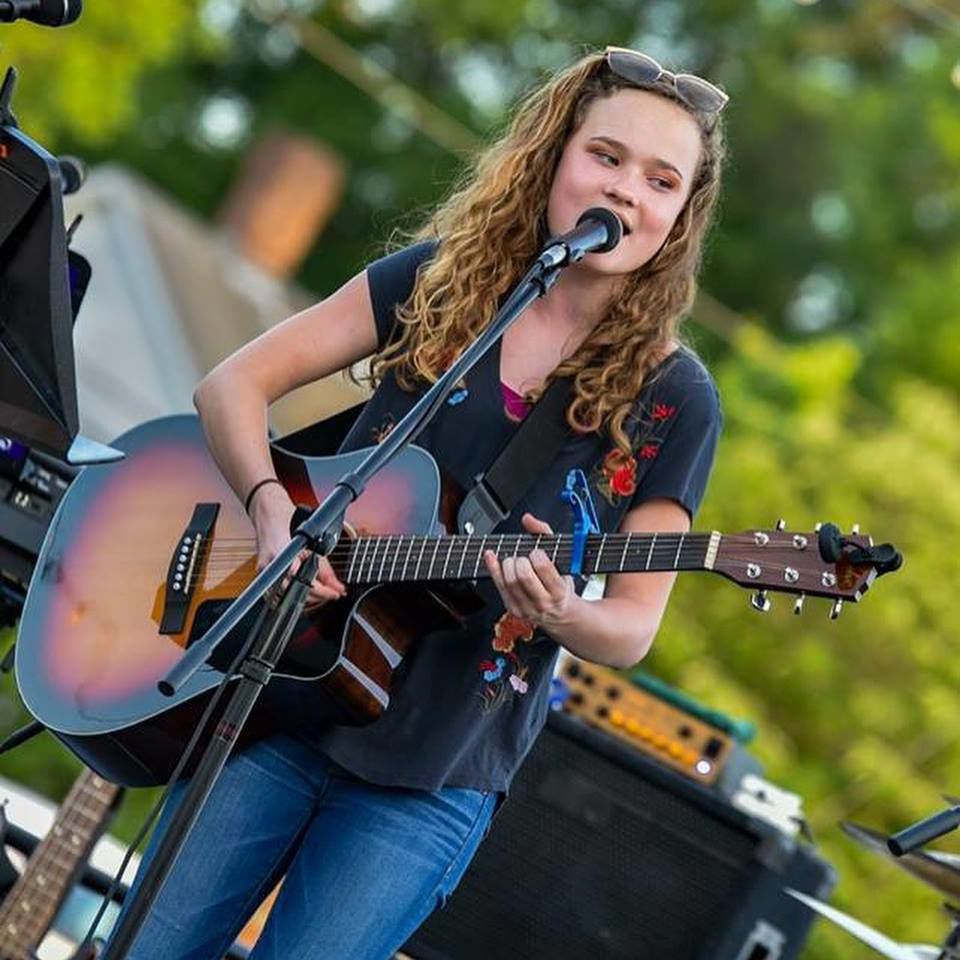 At the wedding of Crystal and Joe Parker, Nov. 8, Riverwalk. Kelli Ricard photo.

Emma Carter is “Not Your Average.” That is the name of one of her songs the Chapin High School sophomore sang live at The Coffee Shelf, when she was 13.

In the song she said: “I know what I want from this big, fat world.” And to get it, she is working hard.

Emma, now 15, sings and plays guitar, along with writing her own songs.

“It allows me to share my experiences with others,” she said. “And maybe help them.”

Professionally, Emma is inspired by Taylor Swift. She also sings the Elle King song Ex’s and Oh’s, among other covers like “Mama’s Broken Heart” by Miranda Lambert and the Beatles’ “Let it be.”

Her delivery can be soft and rhythmic, but also gritty and loud, with some rock behind it.

Emma is the daughter of Brian Carter, West Columbia’s city administrator. She has a younger brother named Garrison. Her mother is Amy Carter, and perhaps from where Emma derives her artistic bent.

Amy, as an English teacher at Chapin High School, challenges her students to “to step out of the line of being ordinary and to let your light shine so that others may be granted permission to shine as well.” It seems Emma has taken her mother’s words to heart.

Emma said she began writing lyrics when she was 12. Her songs are poetry set to her tunes.

At those gigs, Emma sings, in a precocious voice, with a sentimental message about childhood. “Just remember…. to hold onto the simple things,” are the words to a song she wrote called “River Road. “No matter where you come from, you can always come home, home to River Road.”

Click here to see Emma perform at CHS in February 2019

While much of Emma’s live performing has been local, she has caught the eyes and ears of outsiders.

“I auditioned for American Idol,” Emma said. In Columbia, she did not get a call back, but:"She went and spent the day auditioning in Raleigh,” said Brian. “She performed via Skype for the show’s producers in California. Then she was called to Nashville to audition.” Emma did not make the television show. At least not yet, but she will keep playing and pushing.

“I’m impressed with her resiliency,” said Brian. “She will try and try again.”

But to Emma, it’s not a chore.

“I really enjoy performing,” she said. She loves songwriting too. She said it’s therapeutic and helps her get through stressful situations in her life.

Brian, for his part, describes himself as a “roadie” for his daughter. His wife, Amy is characterized as Emma’s Mom-a-ger, or manager and mom. “She keeps everything together and organized,” he said. Garrison is his sister’s No. 1 “groupie.”

In addition to her music, Emma is active at school. She is involved in student government and she runs cross-country. Her father, like any, is of course proud.

“We want the best for our children,” Brian said. He also said he is thankful for his daughter’s talent and he admires her emotional and intellectual strength. So do a lot of Emma’s fans.