Wednesday’s Columbia Fireflies baseball game was supposed to start at 7 p.m. However, the game was delayed and then postponed due to a storm.

One member of the crowd was just a little bit more disappointed than the average fan.

Nine-year-old Rylee Winecoff was scheduled to sing the National Anthem before the game and was waiting on the sidelines of the field. Wednesday’s game was the second time Rylee was scheduled to sing, after her first performance on Memorial Day had also been rained out.

Her father, Brandon Winecoff said they had about 30 family members and friends who had come to listen to his daughter sing. Rylee said she was “devastated” when she found out the game was postponed, and walked up the stairs with tears in her eyes. “It was heartbreaking for her, and for my wife and myself to see her so upset just broke our hearts,” said Winecoff.

What Rylee didn’t know was that someone else in the crowd was about to make her night a little better. A representative from 94.3 The Dude was informed of Rylee’s situation, and decided to invite her to the studio and sing on the radio instead.

Rylee, her best friend, and her father, came to The Dude’s office Friday morning to record her singing. “One of the people from The Dude booth told me they found out what happened, and they brought me here,” she said. “I was super, super happy.” Winecoff said Rylee began crying again when she was invited to sing on the radio, but this time it was happy tears.

Rylee said she had fun singing in the studio at the station. Winecoff said all the family and friends who attended the game have all been informed that they’ll now be able to hear her on the radio. Rylee’s National Anthem will air this Sunday during the “For God and Country Show” between 8 and 10 a.m.  She will also be singing God Bless America at the Fireflies game July 4. 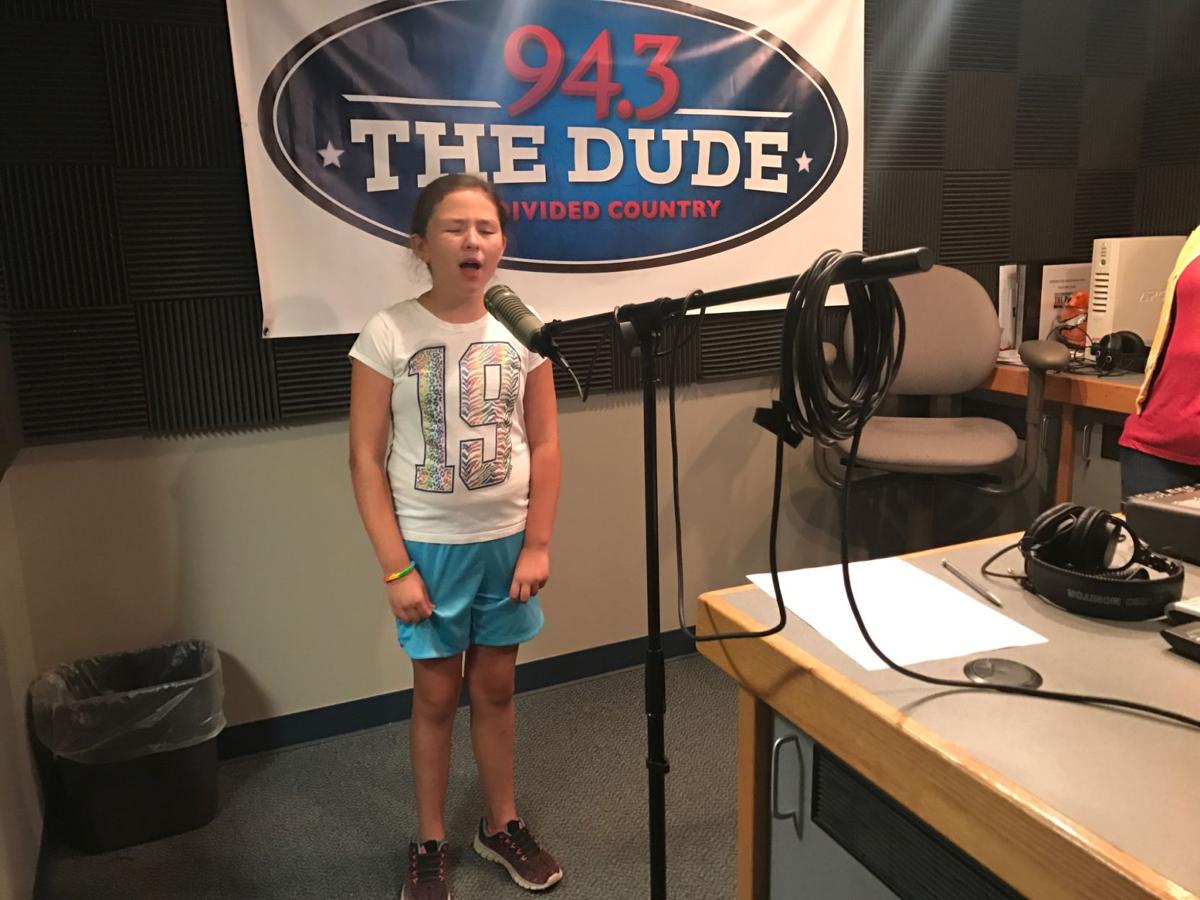 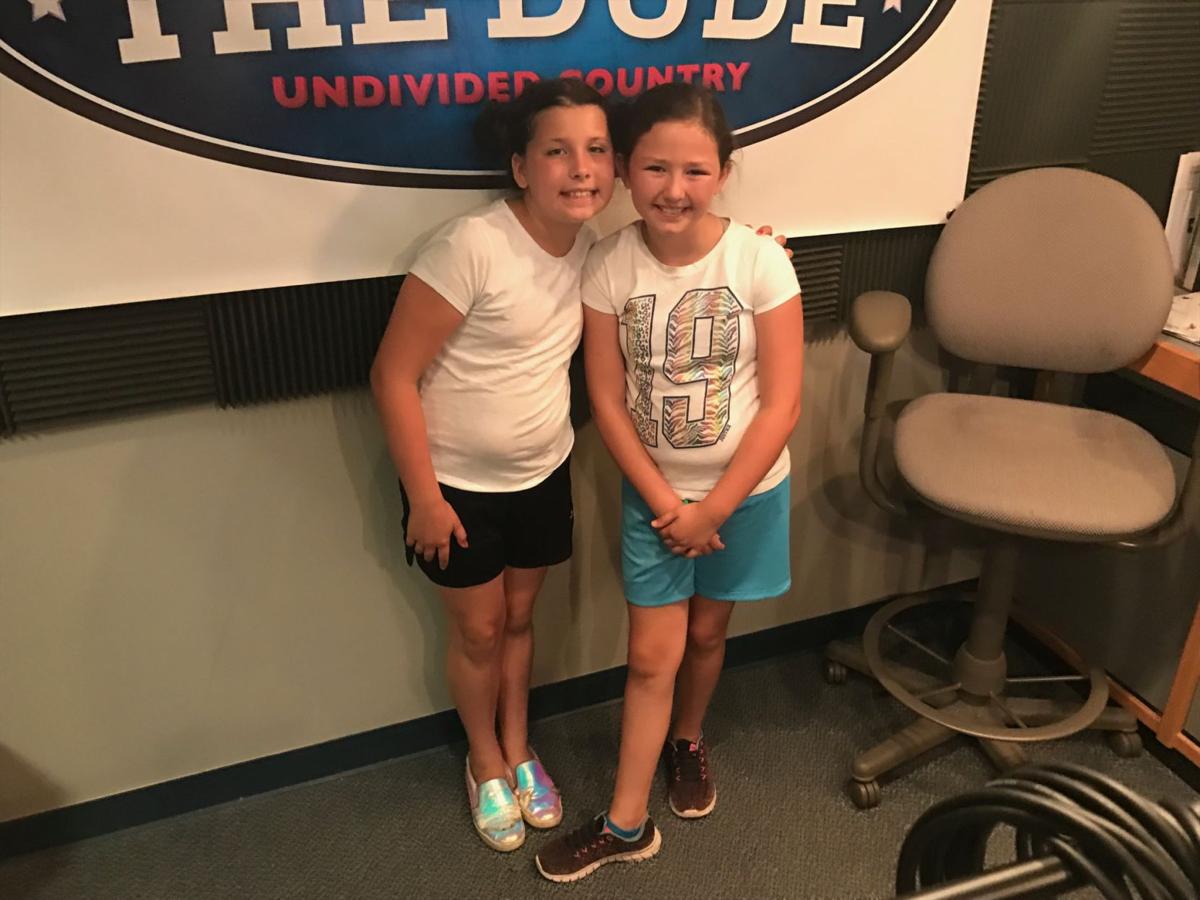 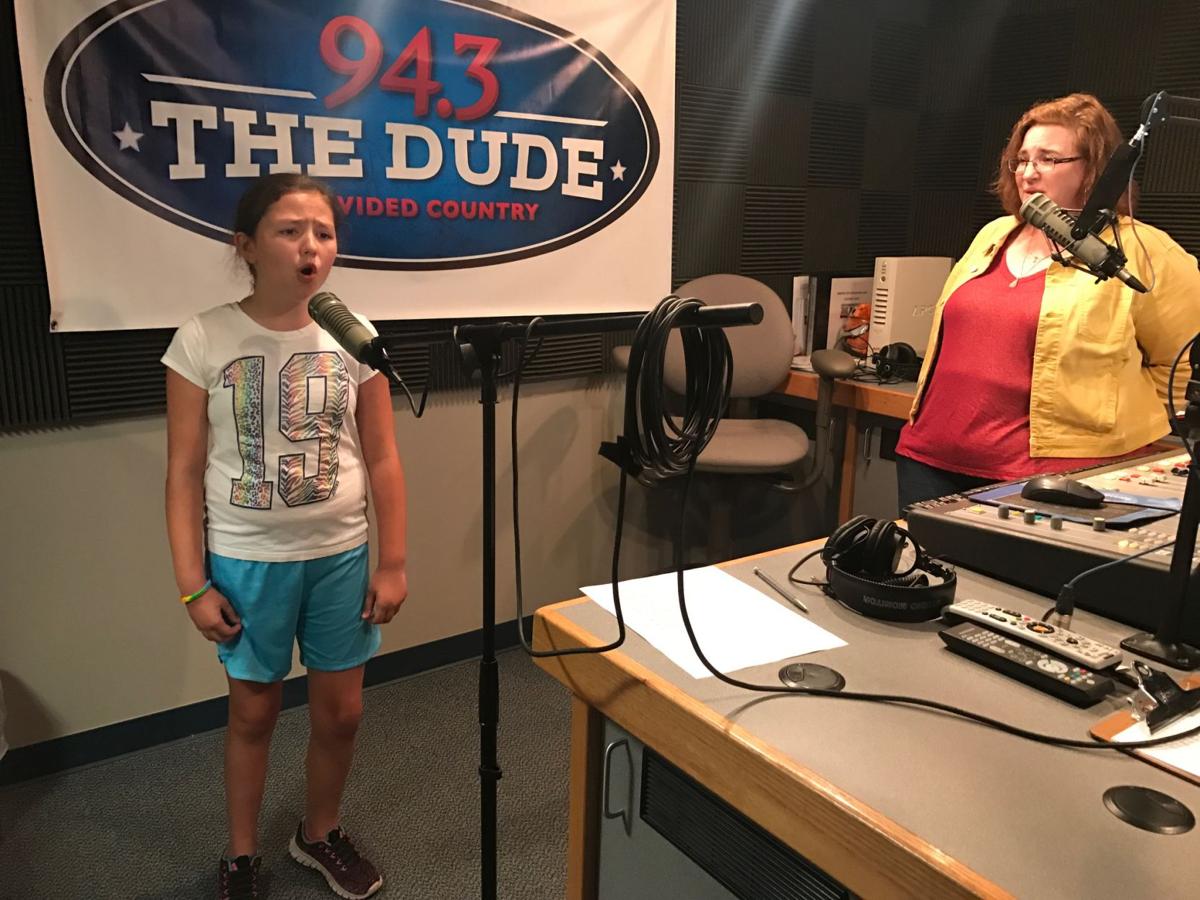 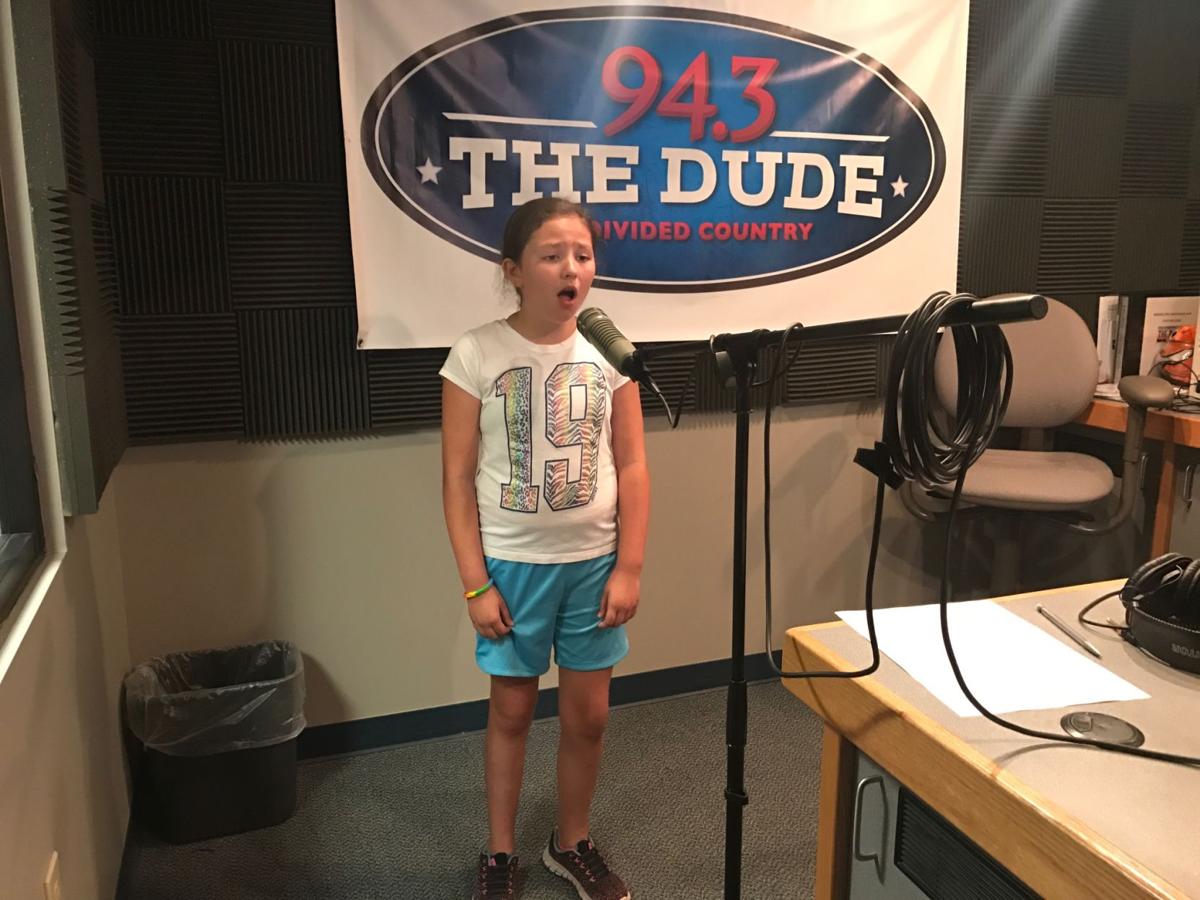