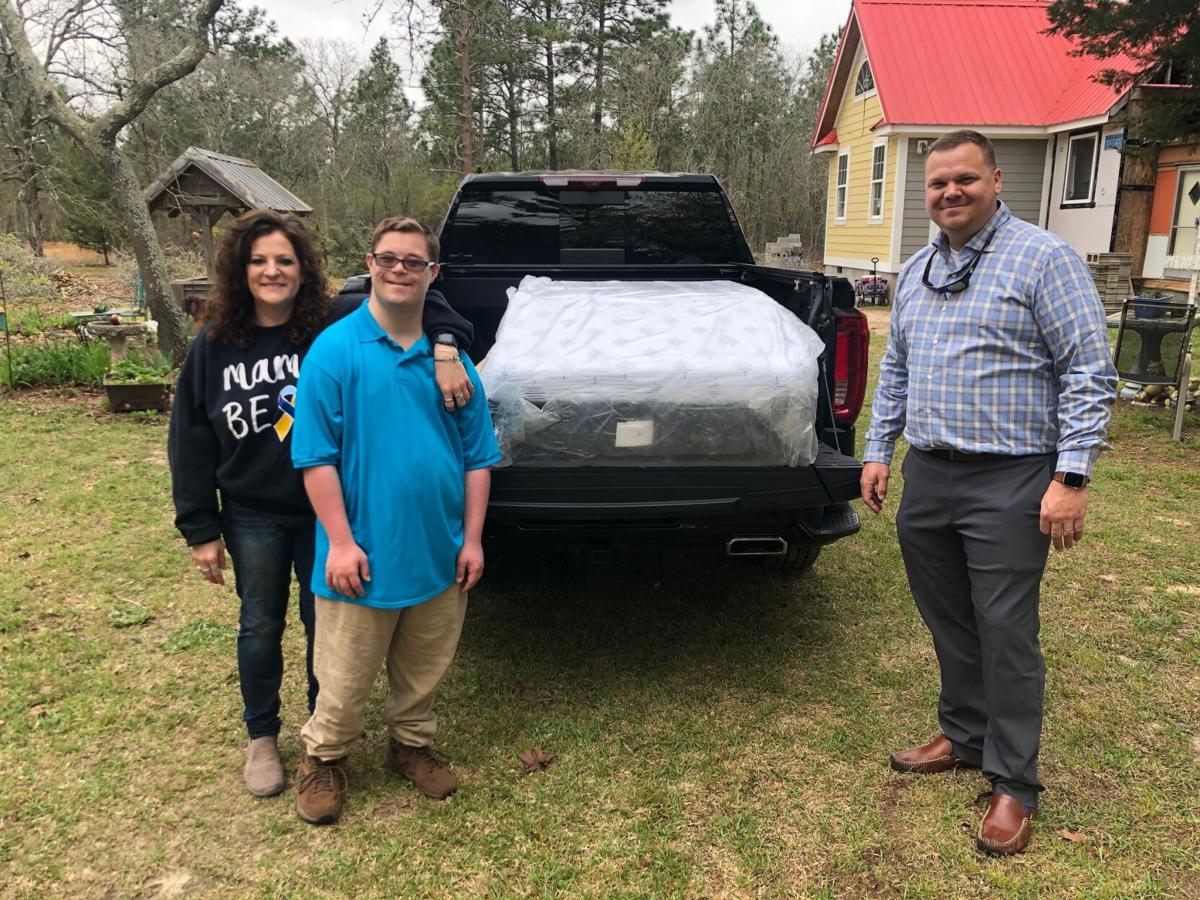 Andrea and Blake Stroud (left) with Jami Gantt of Furniture on Sunset, before the installation of Blake's new bed. Karamie Hallman photos 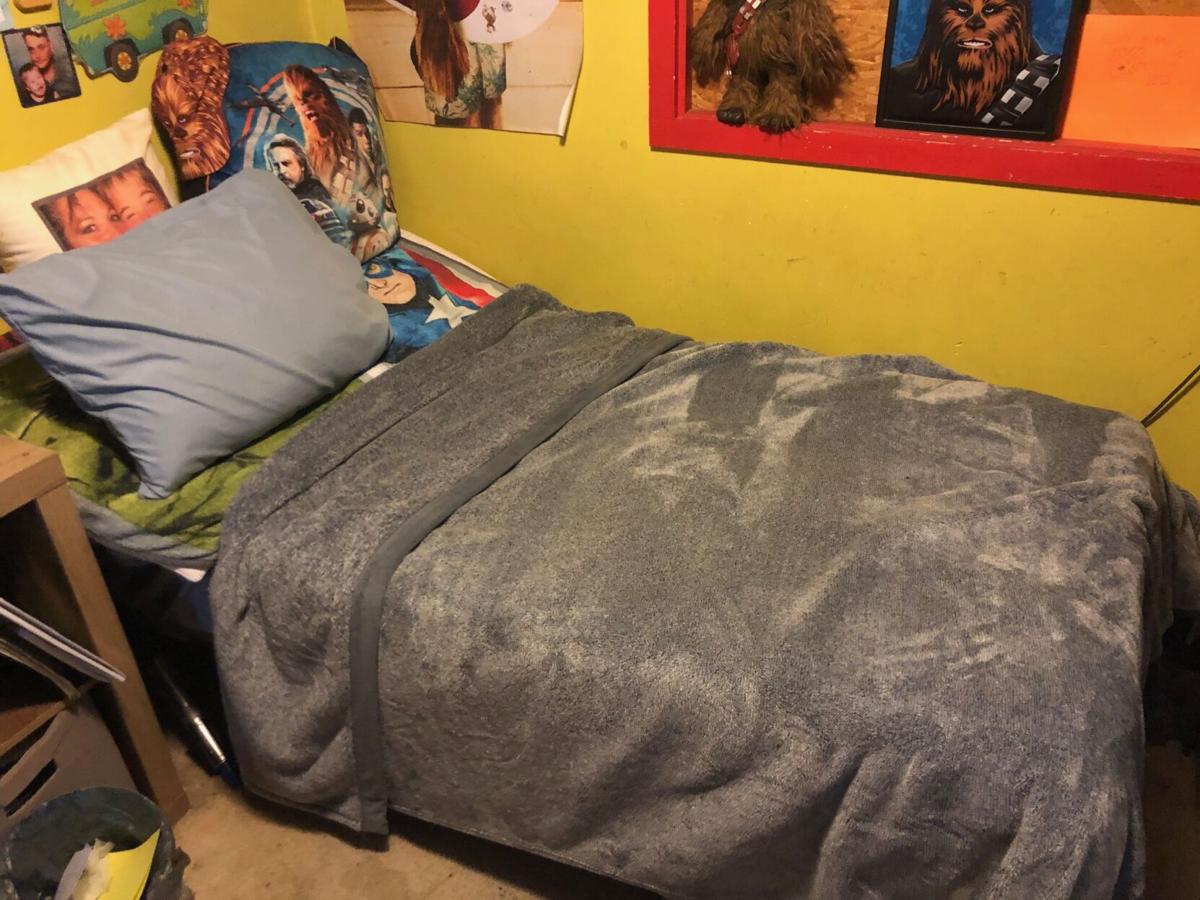 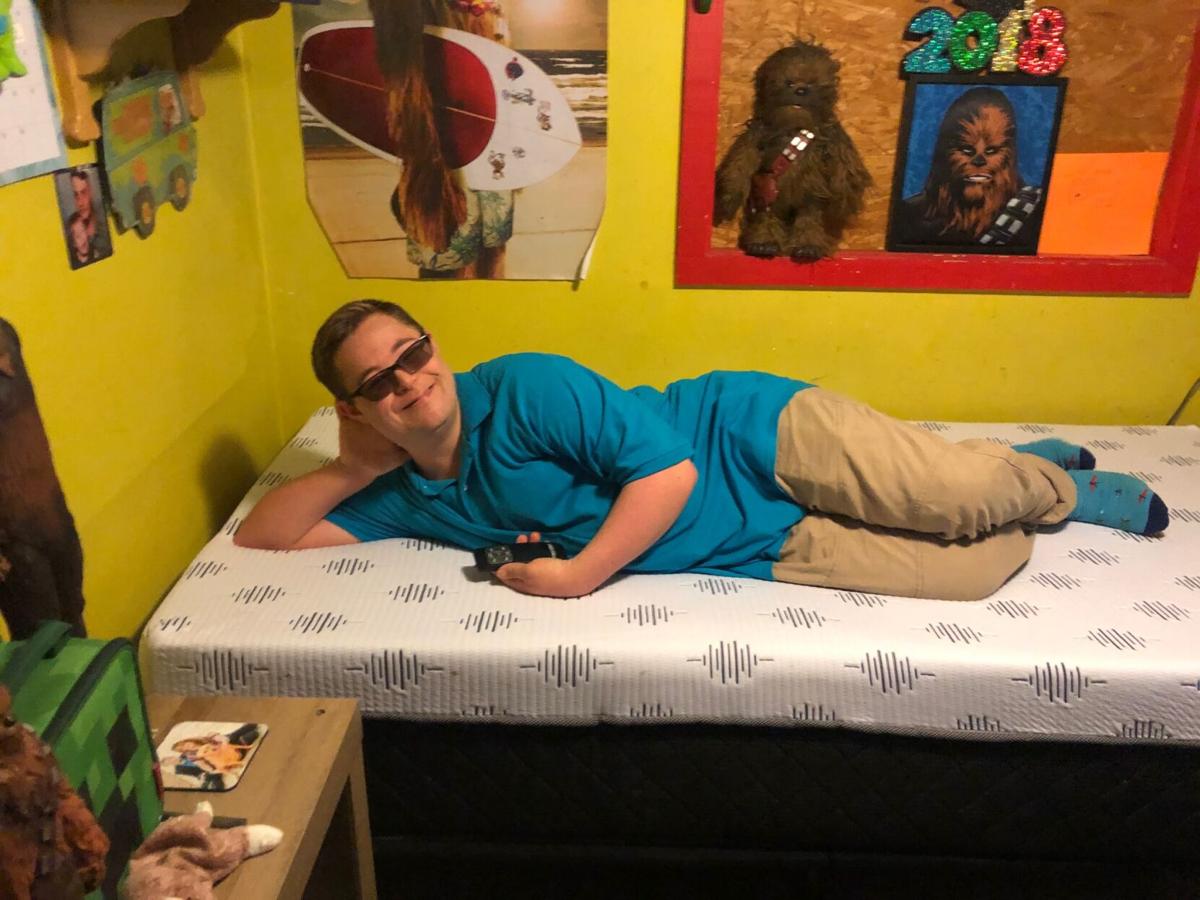 Blake with his new bed 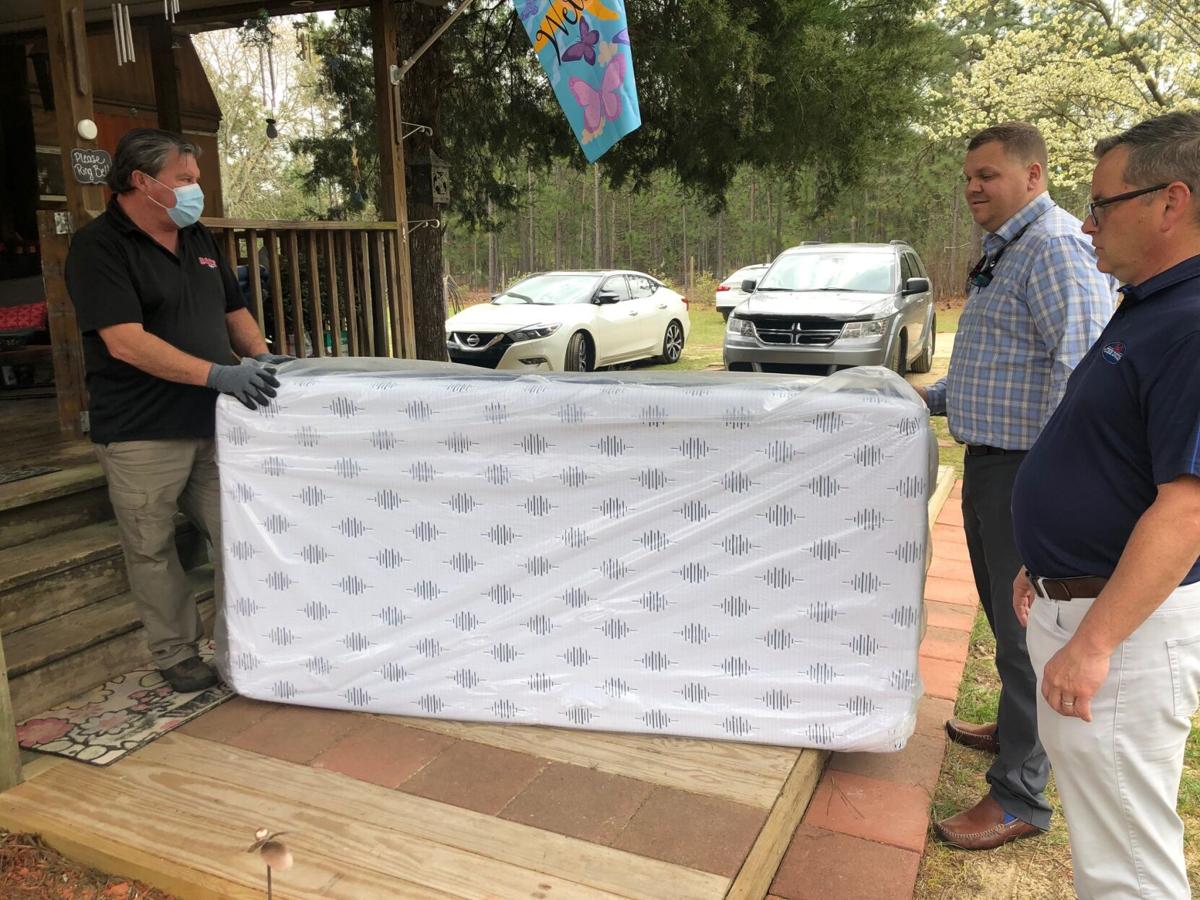 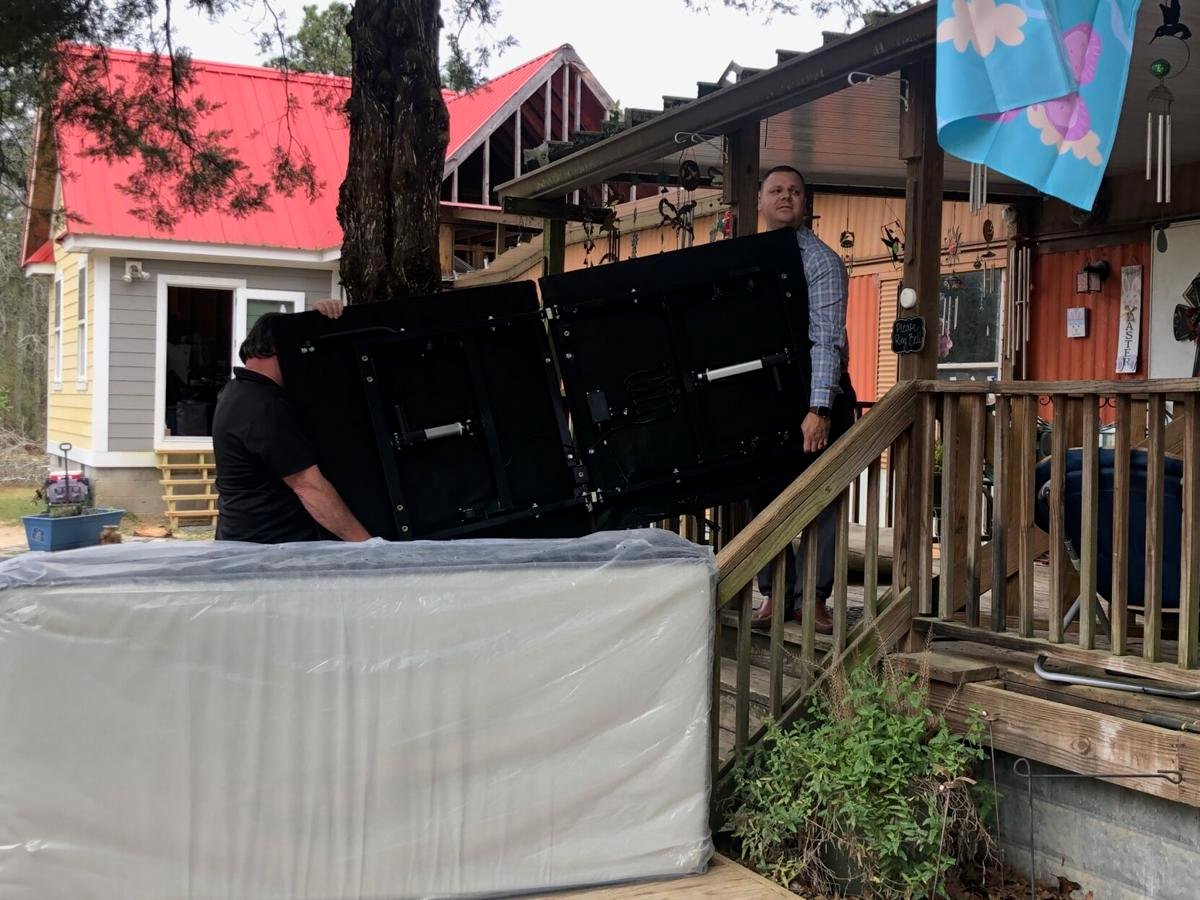 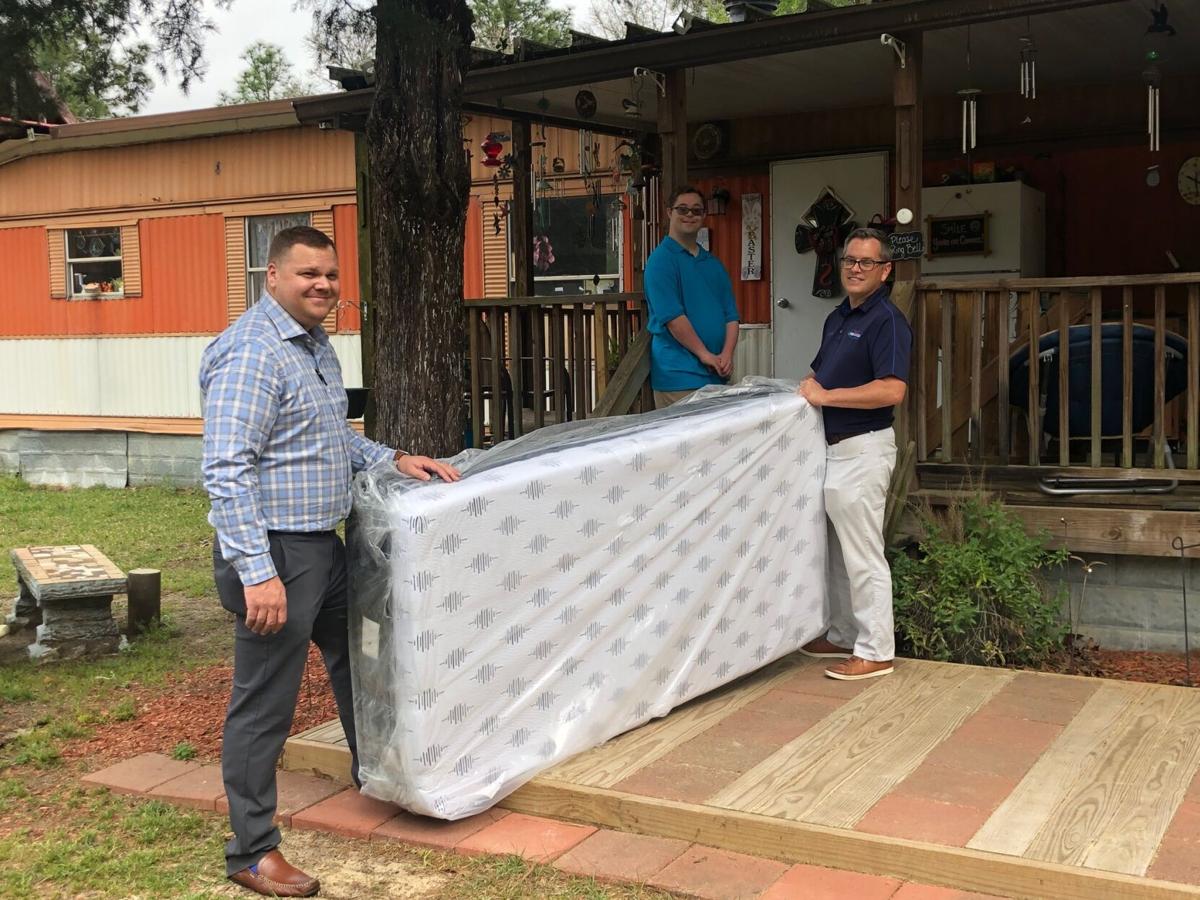 Jami Gantt (left) and Kirk Litton with Blake, moving his new bed into the house. 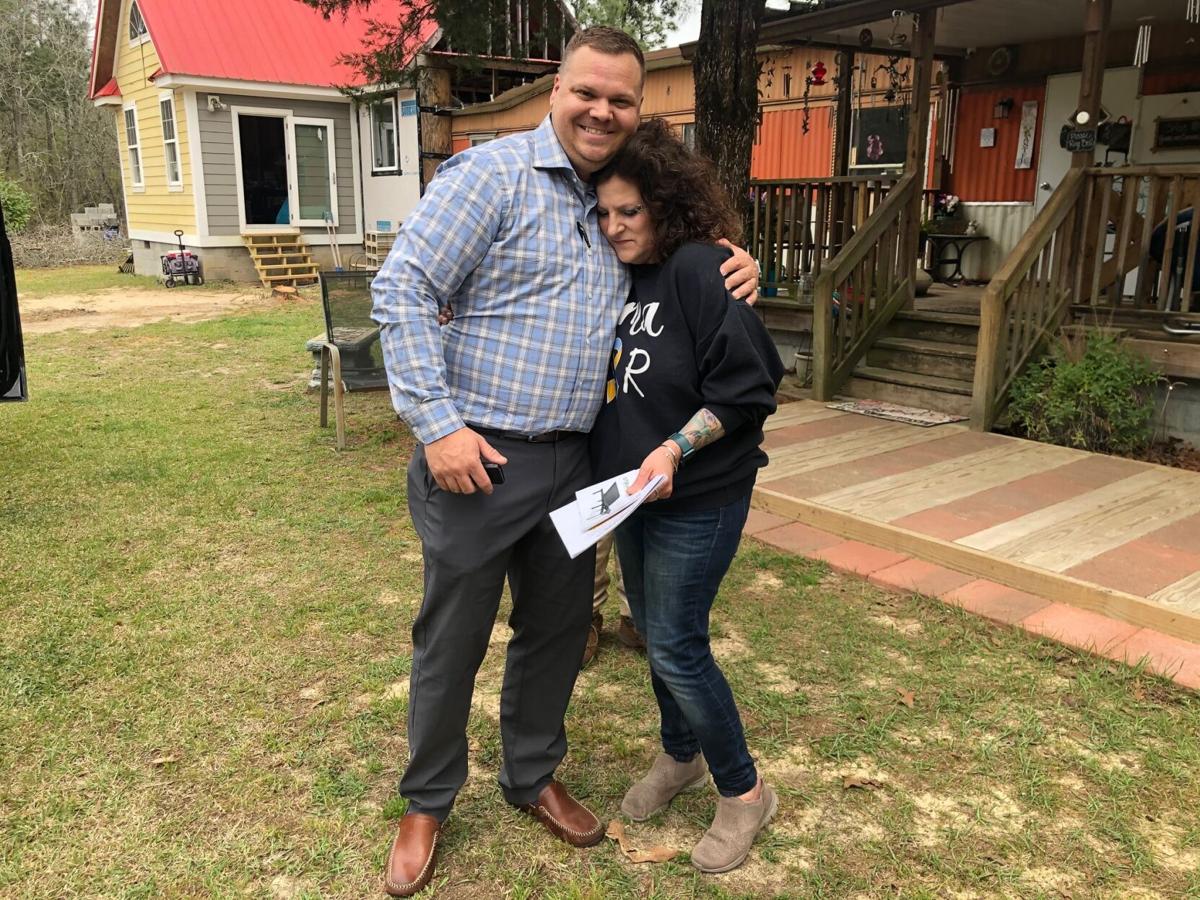 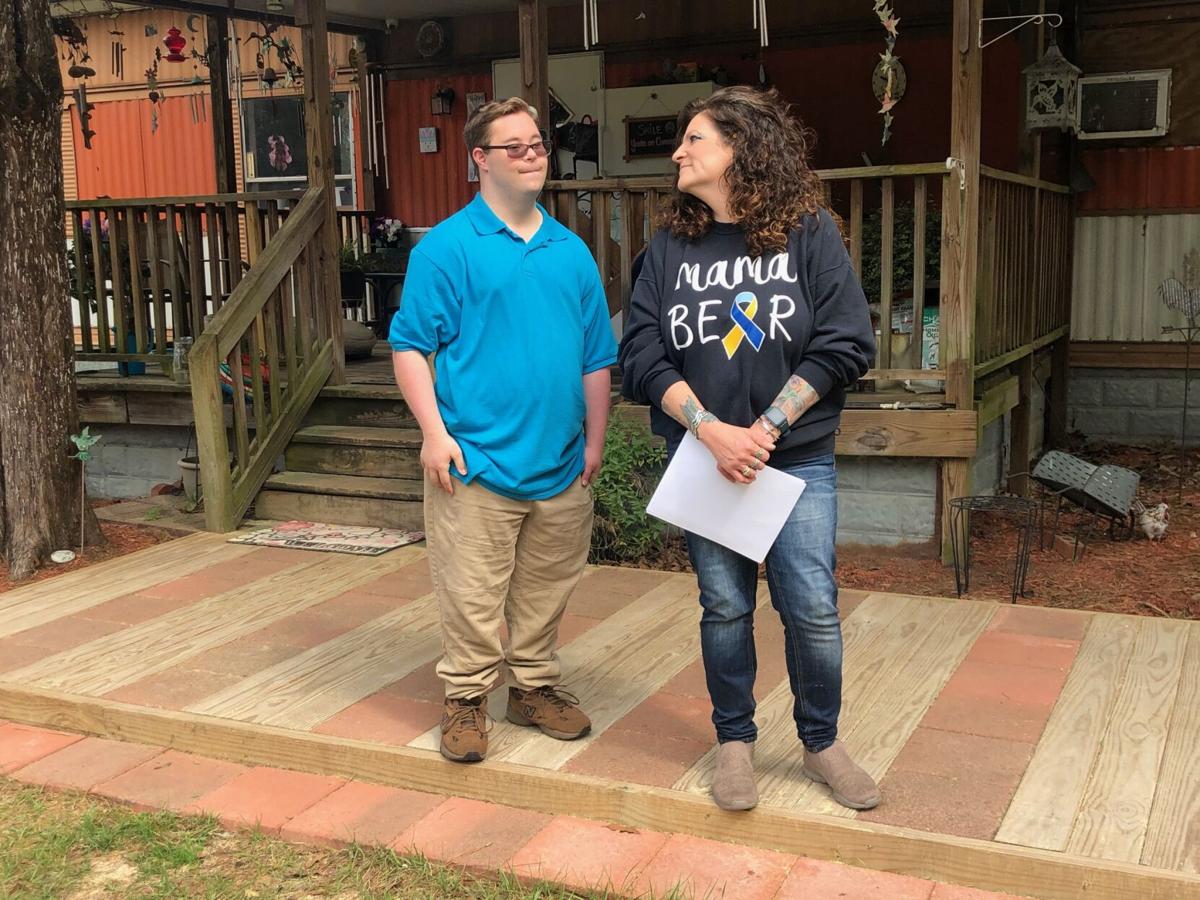 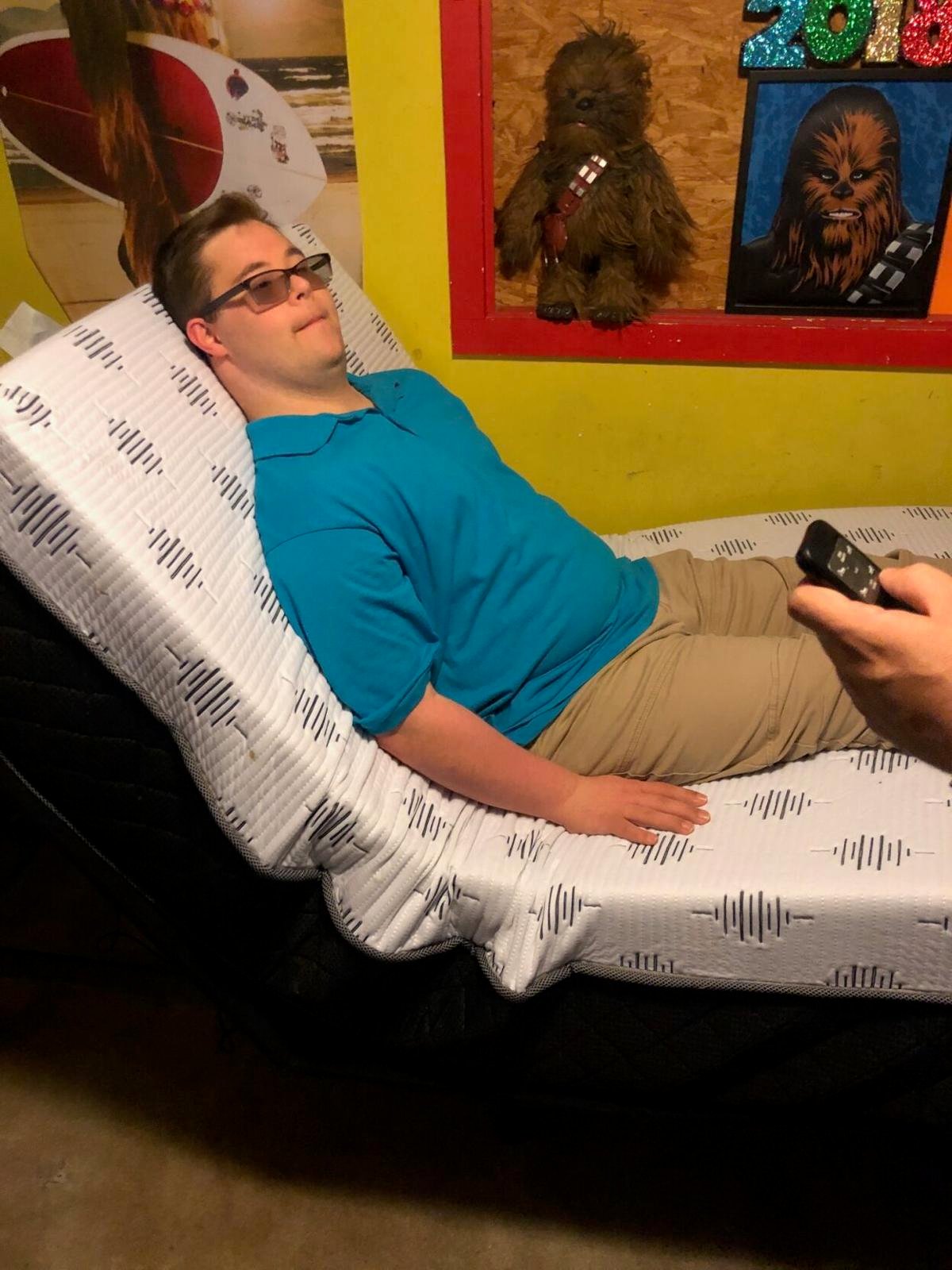 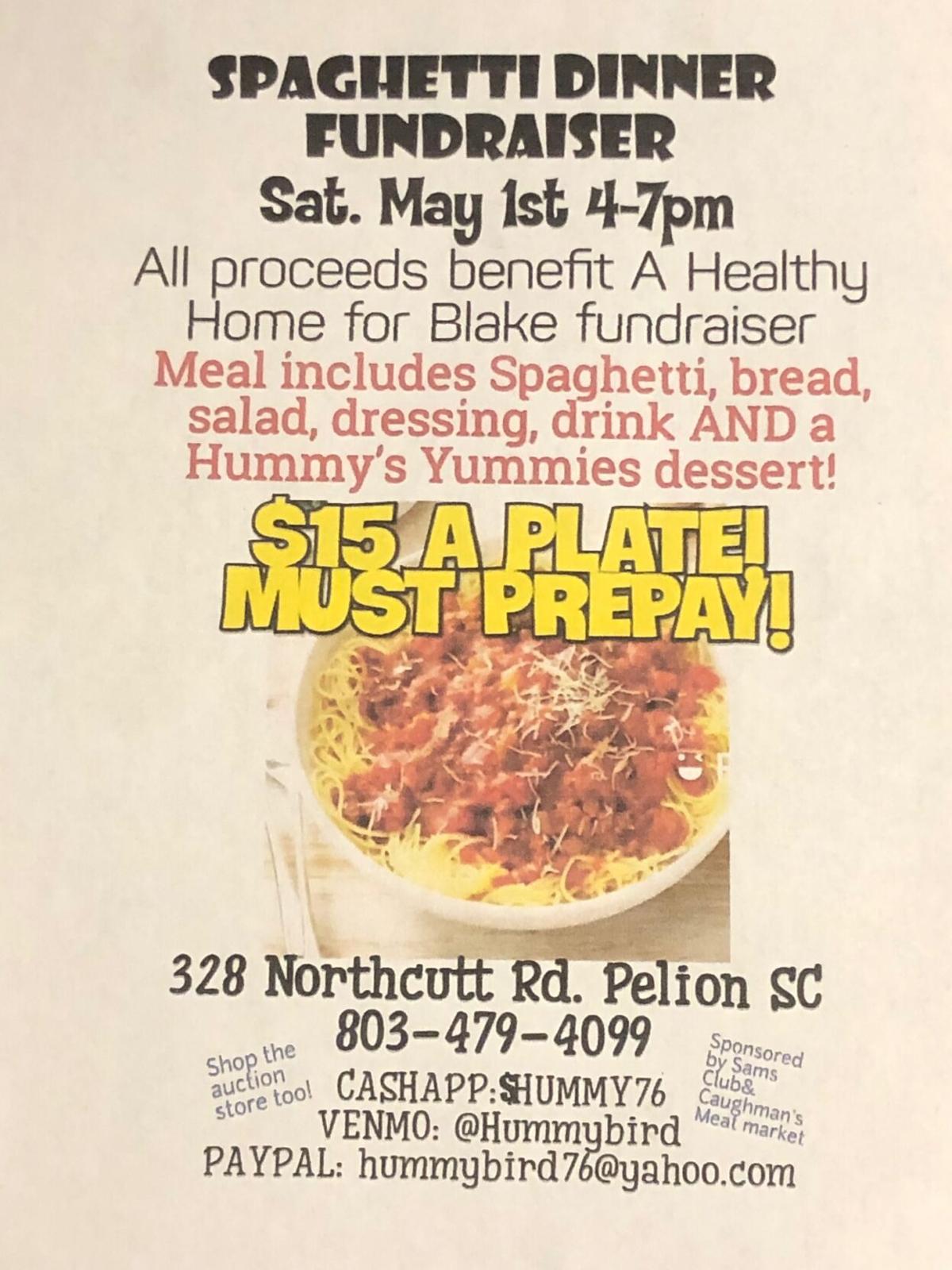 Andrea and Blake Stroud (left) with Jami Gantt of Furniture on Sunset, before the installation of Blake's new bed. Karamie Hallman photos

Blake with his new bed

Jami Gantt (left) and Kirk Litton with Blake, moving his new bed into the house.

Pelion mother Andrea Stroud is doing everything in her power to make sure her son, Blake, is able to sleep throughout the night.

Blake has Down syndrome and suffers from severe obstructive sleep apnea, which has disabled his sleeping for years. According to Stroud, she recently found out Blake would not be a candidate for a surgery that would have helped better his breathing at night. She said it's impossible for her to wake him up every time he needs to breathe, and knew something needed to be done. That's when local businesses across the community stepped up, in a big way.

Stroud recorded a video explaining their current situation after discovering Blake was not a candidate for the surgery. Not only did she express the need for Blake to sleep better at night with a new bed, but she also mentioned the immense electrical, plumbing, and roof improvements needed for their home to be considered safe for her son.

"Alacia Caughman Quinton from Caughman's Meat Market saw the video I put out," said Stroud. Caughman reached out to Kirk Litton, co-owner of Midlands Media Group, who reached out to Jami Gantt, owner of Furniture on Sunset.

Gantt traveled to the Strouds' home Wednesday morning to donate a special bed for Blake, intended to help improve his sleep quality. "It elevates the head and feet, and helps align the airway at night, so there's help for breathing," Gantt explained. "There's technology integrated that allows someone to know if you've gotten out of bed, it has a light feature if someone gets out of the bed, or if there's an irregular breathing pattern, it sends notification to an app." It's valued at about $2,000, according to Gantt.

Blake was all smiles as he excitedly sat on his new bed after it was installed, while Gantt showed him how to elevate it.

In addition to the bed, Stroud has recently received lots of support on her journey to raising $50,000 to build a new home.

"I asked for a bed and we're ending up with a house. God's moving mountains," she said.

Local business owners like Jay Webb of Hwy 55, and the Veterans of Foreign Wars Auxiliary Lexington Post 8738 have also held fundraisers for the Strouds throughout the month to help contribute to the fundraising for a new home.

"It's generous hearts and God that puts people in my path who are going to make the difference for Blake. This is for Blake's benefit. The plan is for him to live here until the day he dies. This home is going to be here for him," Stroud said. "The bed contribution is a huge part to saving Blake's life."

The next fundraiser to benefit "A Healthy Home for Blake" will be a spaghetti dinner held at Stroud's house, Saturday, May 1 from 4 to 7 p.m. Meals are $15 a plate and include spaghetti, bread, salad, dressing, drink and a dessert from Hummy's Yummies (additional information on flyer below).