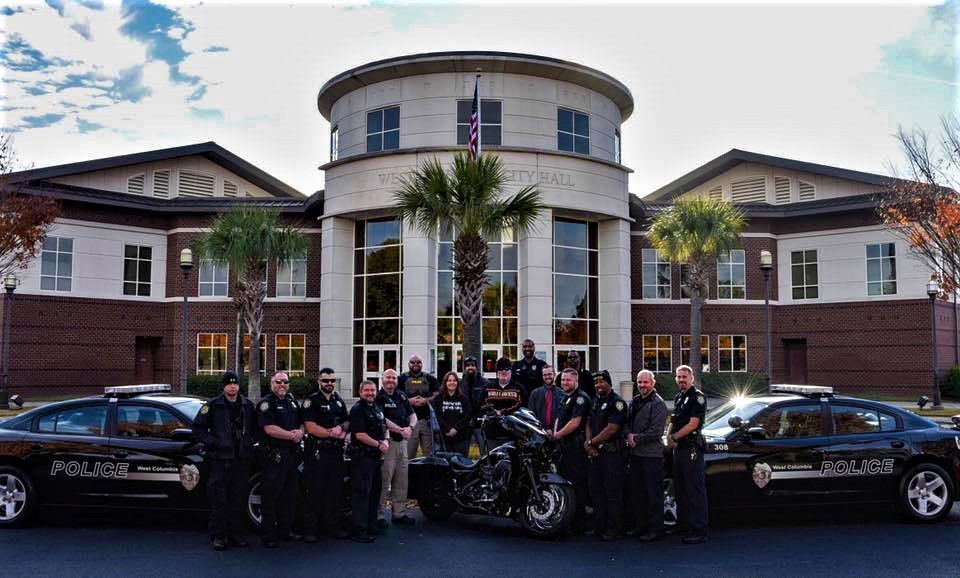 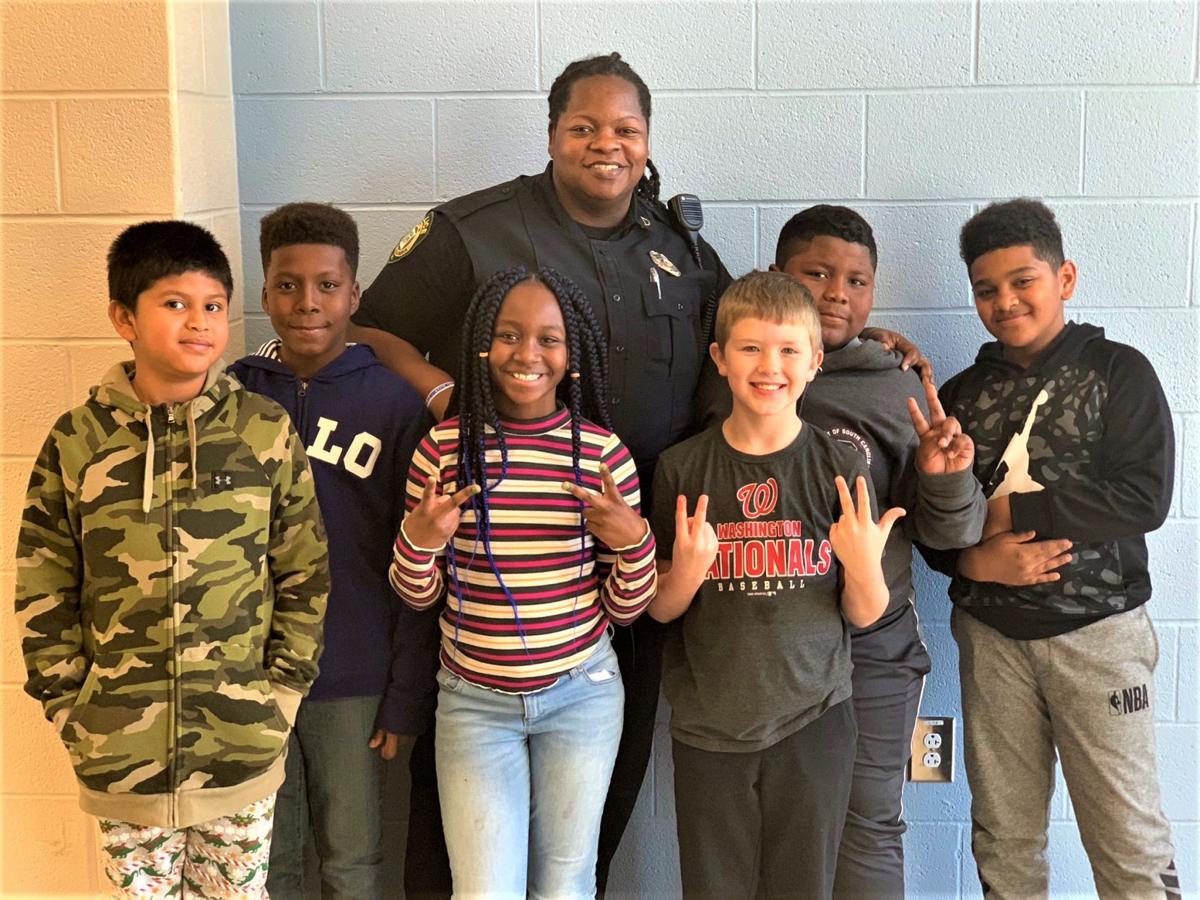 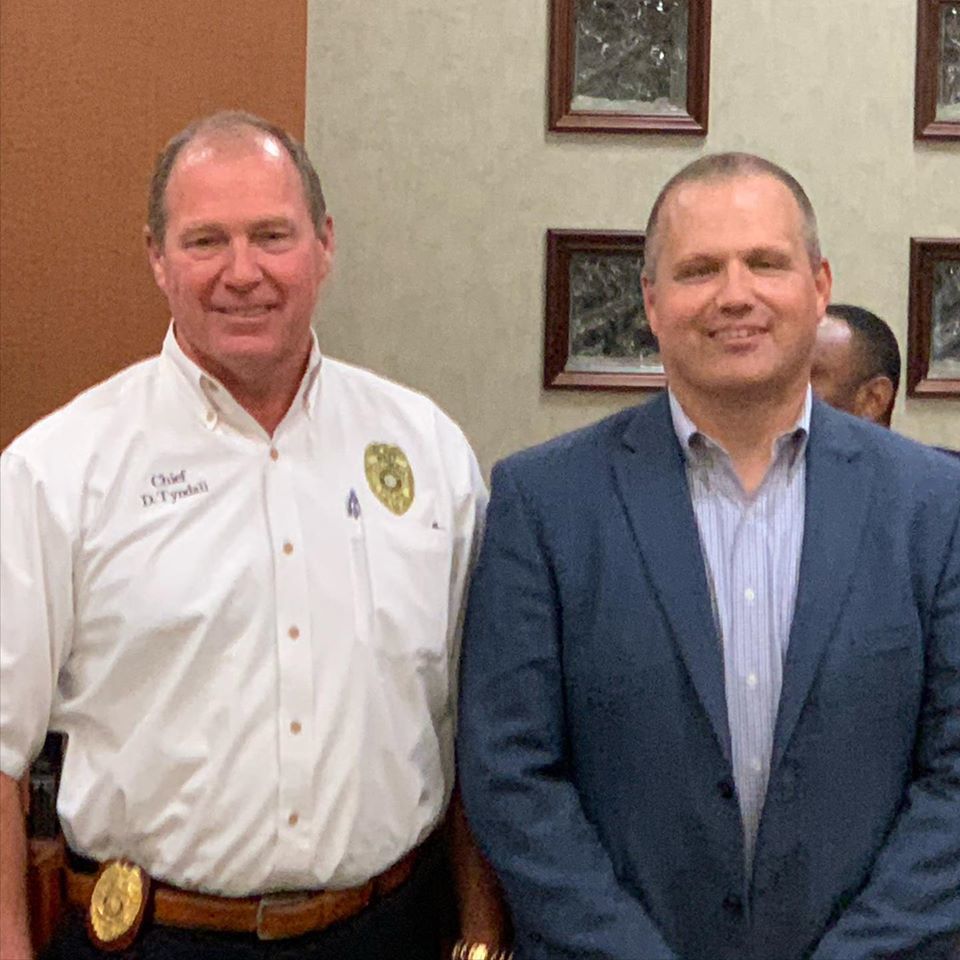 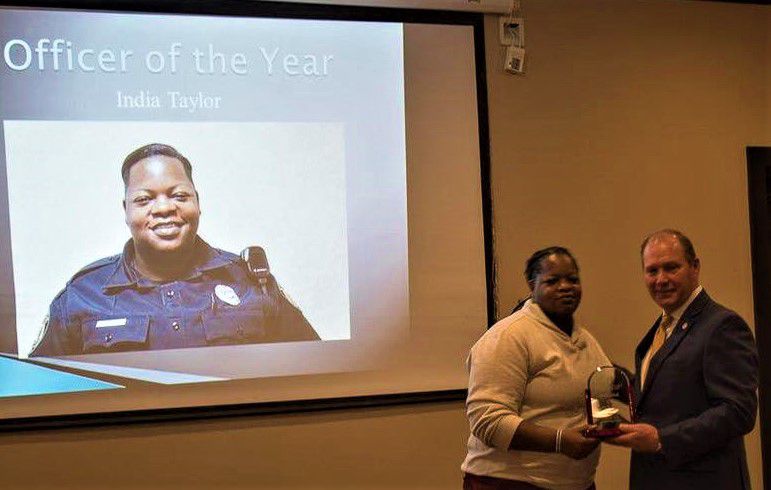 West Columbia Police Chief Dennis Tyndall said he is thankful for the day and he feels his officers are supported.

"Our officers have a good relationship with the community," said Tyndall. He said through homeowner associations, neighborhood watch groups and church events the WCPD interacts well with citizens and it helps build trust.

West Columbia Mayor Tem Miles characterized the WCPD as "wonderful. All West Columbia employees do a great job, but none more so than than the police department."

Miles lauded the WCPD for its short response times and their superior reputation in the community.

Tyndall said the response time for police calls is five minutes or less, and that instills confidence in the WCPD. He also said people let him know how they feel.

"I get a lot of compliments about our officers," said Tyndall. He said they are trained to go about their jobs with professionalism and respect for the community.

In addition to training, Tyndall said each officer is equipped with the resources they need.

"They have vests, RADAR, body cameras, and tasers."

He also said his staff has the weapons and the vehicles they need to protect and serve the public. Some WCPD officers serve in West Columbia schools, too.

Jim LeBlanc is the principal at Saluda River Academy for the Arts. He depends on School Resource Officer India Taylor. She was selected as the WCPD's Officer-of-the-Year last month.

"She goes above and beyond the call of duty. She gets here early every day and is an integral part of our team."

LeBlanc said Taylor helps with emergency drills and training in the event of an intruder on school grounds. She also leads the Bobcat Boys and Girls to teach good character traits. Taylor instructs the SRAA Flag Team, too.

We love having her here," said LeBlanc. "She is a part of the Saluda River family," Taylor, a Master Patrol Officer, loves the school too.

"Becoming a school resource officer is the best thing to happen to me," said Taylor. She said her time with the students is refreshing and it revitalized her career.

"It's something new every day," Taylor said.

She said as an officer on the street she would work a case, file a report and move on. But now she is a part of the children's lives each day. She gets to know something about their backgrounds.

"We're able to build relationships when the students are at an impressionable age," said Taylor. She said she is greeted with hugs and fist bumps. And that is very rewarding for her.

• Send a card of support to your local police department or state agency.

• Share a story about a positive law enforcement experience on social media.

• Ask children in your community to write letters in support of law enforcement.

• Organize an event or a rally in support of your law enforcement officers.

• Post the public service announcement supplied by C.O.P.S. to your organization’s webpage or social media pages.

• Coordinate and/or participate in a Blue Blood Drive.