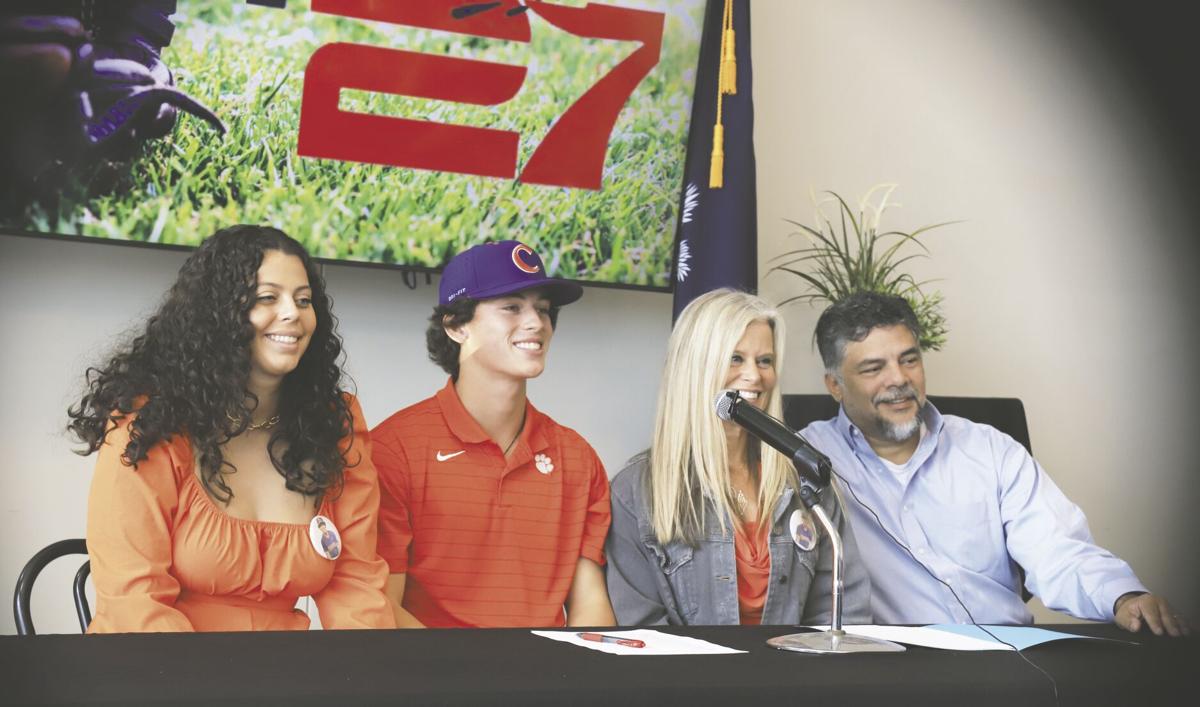 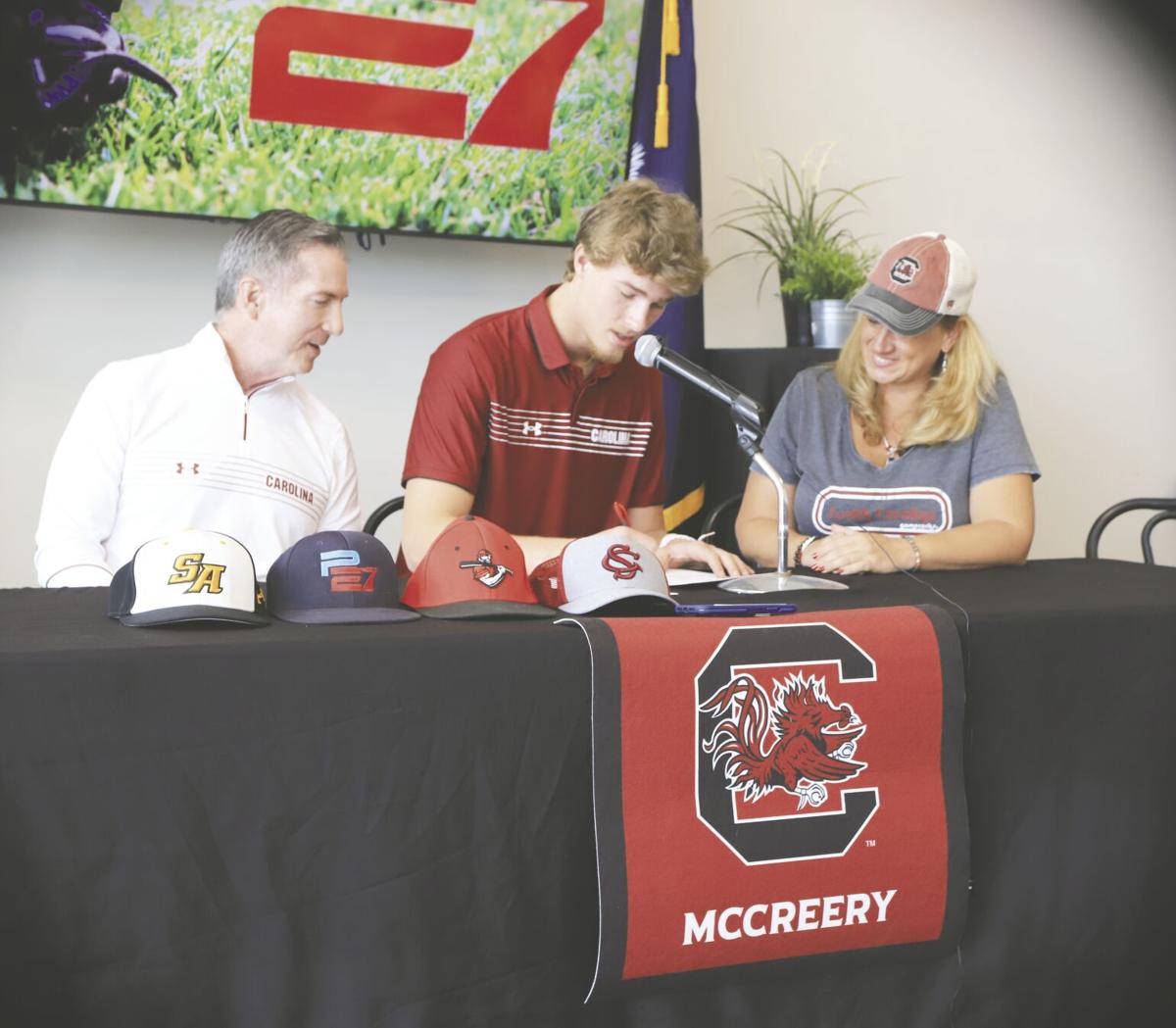 Pitcher Connor McCreery signs with the University of South Carolina.

Pitcher Connor McCreery signs with the University of South Carolina.

"As iron sharpens iron, so one person sharpens another." - Proverbs 27:17

Since 2018, P27 Academy in Lexington has served as a performance center to enable student-athletes to reach their highest potential.

Combining focused training and mentorship from seasoned professionals in a "Christian leadership environment", the baseball academy founded by Corey Warner has helped aspiring high school players an opportunity to fully develop their craft.

Wednesday afternoon at Lexington County Baseball Stadium, 22 players signed letters of intent to colleges and universities around the country.

The event was held inside the VIP Stadium room provided by the Lexington County Blowfish and co-owner Bill Shanahan. The team plays its spring schedule at the stadium.

Among the signees in attendance were Lexington natives infielder Rom Kellis and pitchers Andrew Cotten and Andrew Duval. All three signed with Division I programs with Kellis going to Auburn, Cotten to East Tennessee and Duval to the College of Charleston.

Both the University of South Carolina and Clemson University were recipients of P27 talent.

Shortstop Jack Reynolds of Class 4A champion AC Flora and infielder Jacob Jerrell both signed with the Tigers, while pitcher Connor McCreery will join the archrival Gamecocks.

“(COVID-19) really messed up my recruiting process but in the end it really helped,”," McCreery told Gamecockcentral.com. "Now I’m going to an SEC school. "I think it was a blessing in disguise almost having to go to P27 Academy because I wouldn’t have those connections I have now or the influence or development I have now."

The New York native will get an introduction into Gamecock philosophy during his season with P27 working with pitching coach and former Gamecock Sawyer Bridges.

“Sawyer Bridges, he’s incredible," McCreery said. "I’ve never been around someone like him. It’s great to work with a person who not only relates to his players but he’s a young coach,” he said.

"He’s a great coach. He got a lot of that from South Carolina. He’s unbelievable with the developmental stuff and teaches me something new every single day. It’s a very big blessing to be around someone like him."