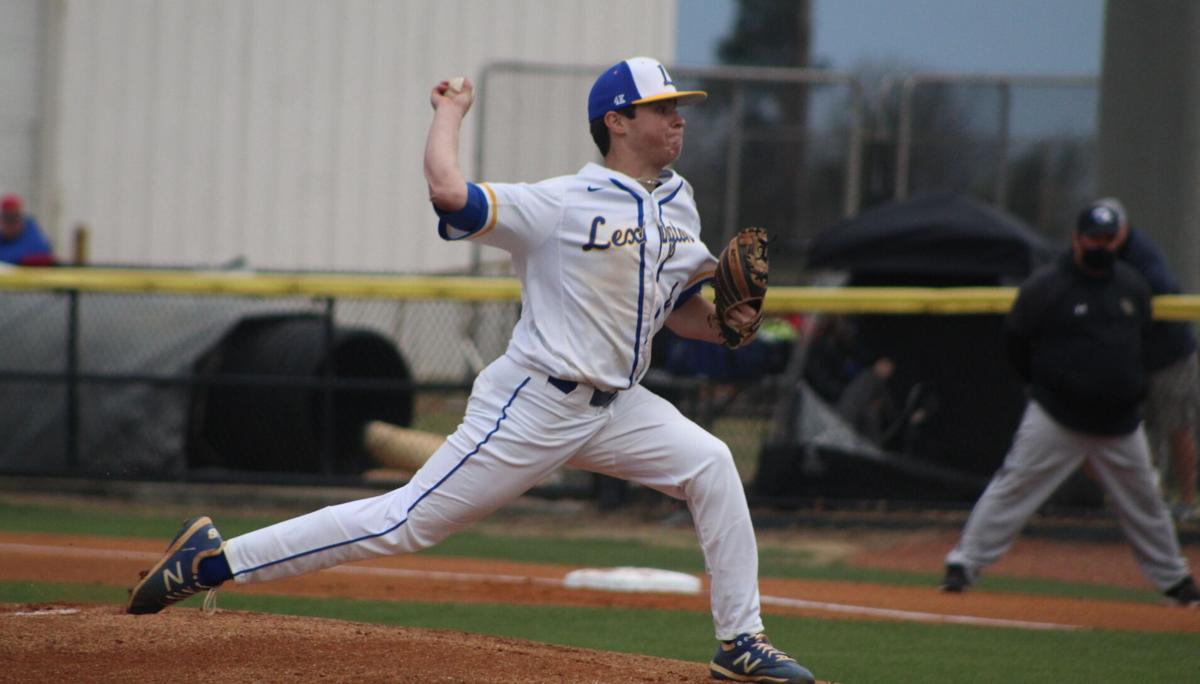 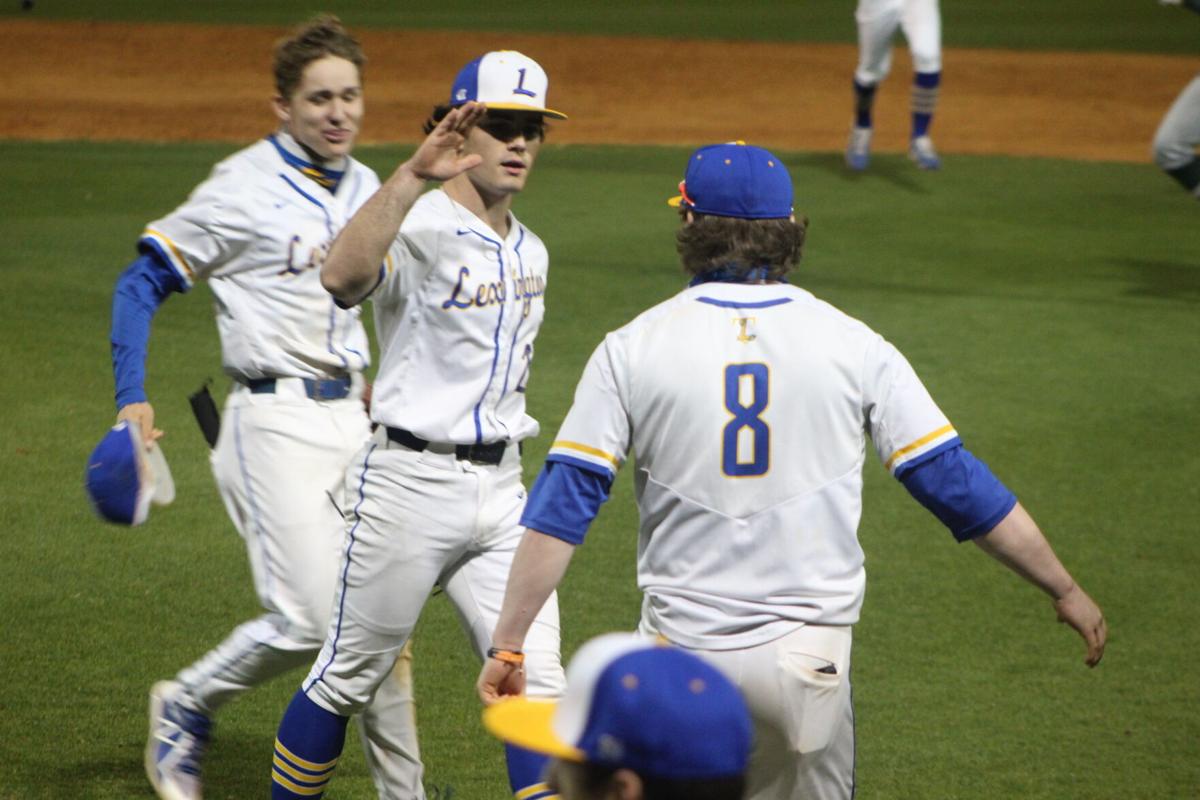 It was "deja vu" Monday at Wildcat Stadium.

Archrivals Lexington and River Bluff were meeting for the first time in over a year. Just 12 months ago on the same field, the Wildcats rallied it their last at-bat to defeat the Gators and claim the 2020 Naturchem Invitational title.

Third-ranked Lexington found itself once again trailing fifth-ranked River Bluff with one out in the final inning. This time around, the Wildcats needed a comeback to avoid losing their Region 5-5A opener in a season where only two region teams qualify for the post-season.

Lexington avoided that fate with a three-run rally capped by Nathan Hall's walkoff two-run double for the 4-3 win over the Gators.

"It's about those players," Hucks said. "That top of the lineup we've got is pretty special. We told them in the dugout, we just needed to get (our eighth or ninth hitter) on base, flip the lineup over and we felt like we'd have a chance to make a run right there and those guys got it done. I couldn't be more proud of them."

Hall's game-winner was the fourth consecutive hit of the inning for the Wildcats. Prior to the seventh inning, they were held to just two hits and one unearned run.

In the fifth, Well Sykes hit a one-out triple off LeBron. Ryan Toll then lined out to a leaping Zach Cowart at shortstop. However, his throw to third base went errant and allowed Sykes to race home to tie the game.

University of South Carolina commit Reese Marcum relieved Cole Long in the top sixth. After a leadoff walk to Preston Sansome and getting Beau Hollins to fly out, Marcum gave up a two-run homer to Weston Lever over the leftfield fence to make it 3-1.

The bottom seventh opened with reliever Tyler McClendon striking out Trad Pinckney. He then gave up a double to Anthony Plotkin, who scored on Sykes' RBI single.

Toll followed with another single, prompting Gators' head coach Mark Bonnette to replace McClendon with Hollins. He immediately saw his first pitch to Hall sent deep into centerfield far enough to score Sykes and Plotkin and sent the Wildcats into celebratory hysterics at homeplate.

"When they changed pitchers, I knew it was 'Go' time," said Hall, who was awarded the team's gold chain following the win. "I came up there full of confidence. I knew if I got a fastball down the middle, it was going to hit it into the gap and that's what I did."

River Bluff (4-1, 0-1) plays host to Lexington (4-1, 1-0) Thursday in the second of three meetings. Given the playoff ramifications, Hucks expects another heart-pounding affair in The Swamp.

"It's high anxiety with only two teams getting in and you've got to find a way to hold serve at home," he said. "I thought we were about to give one away, but I'll credit my players. They went out there and got it done."