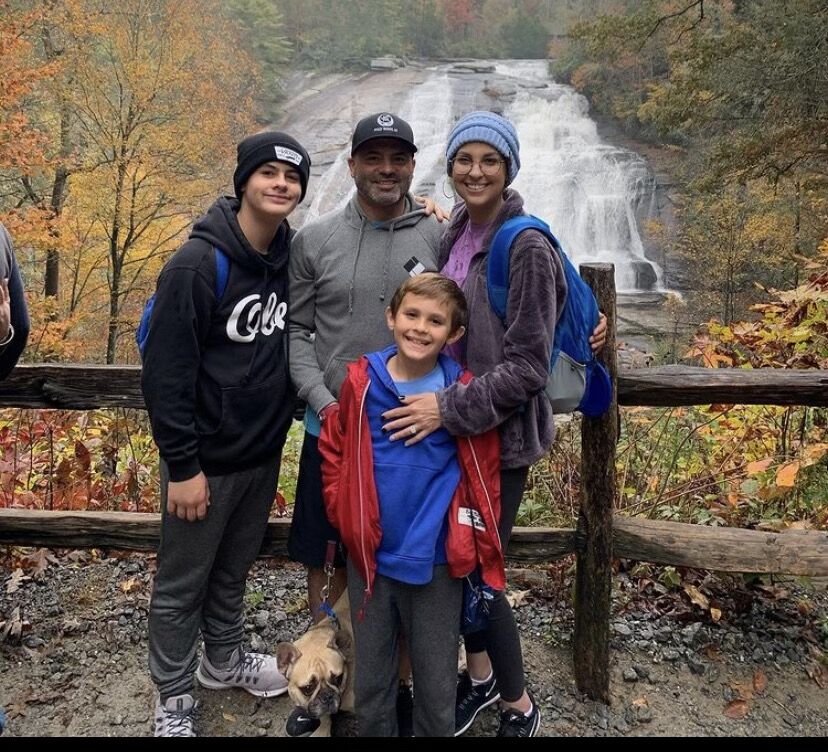 Britny Maldonado with her husband and sons. Photos provided 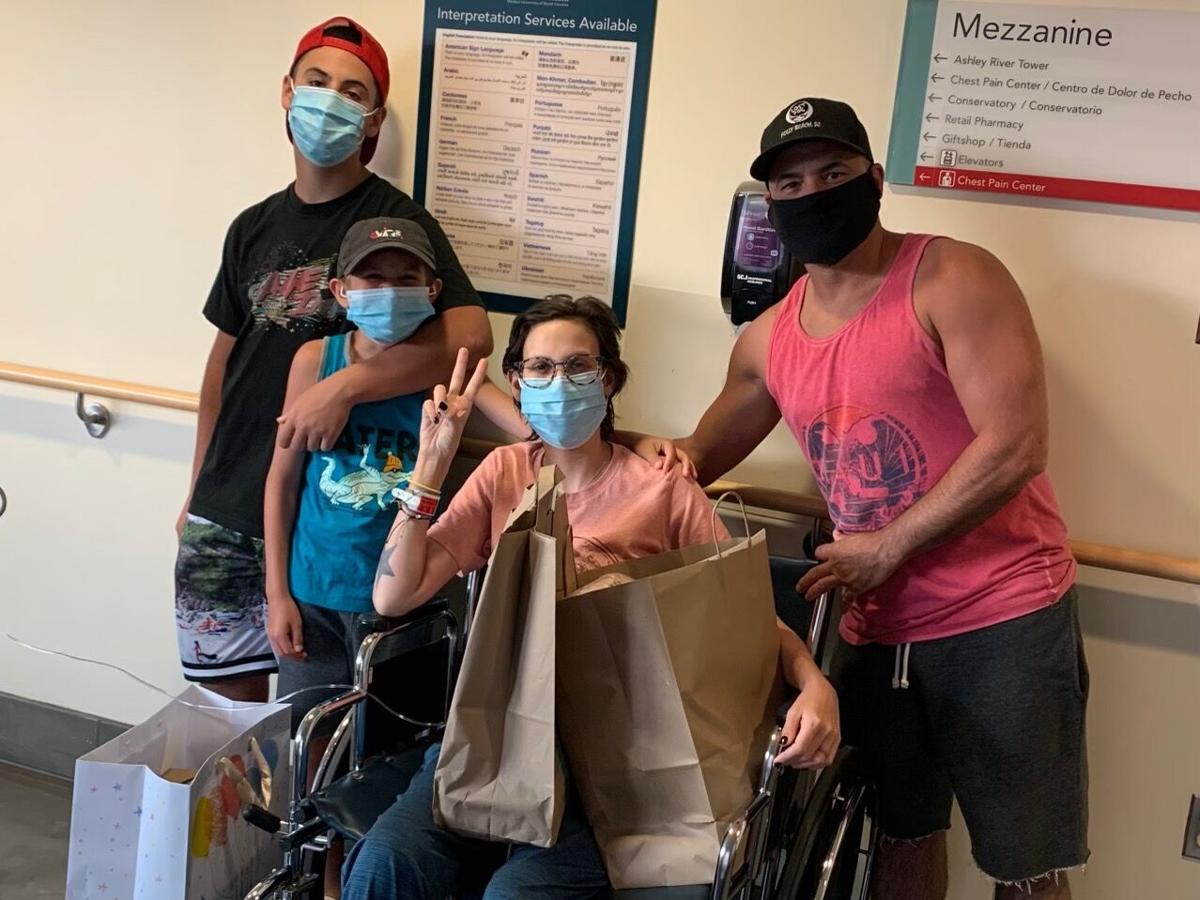 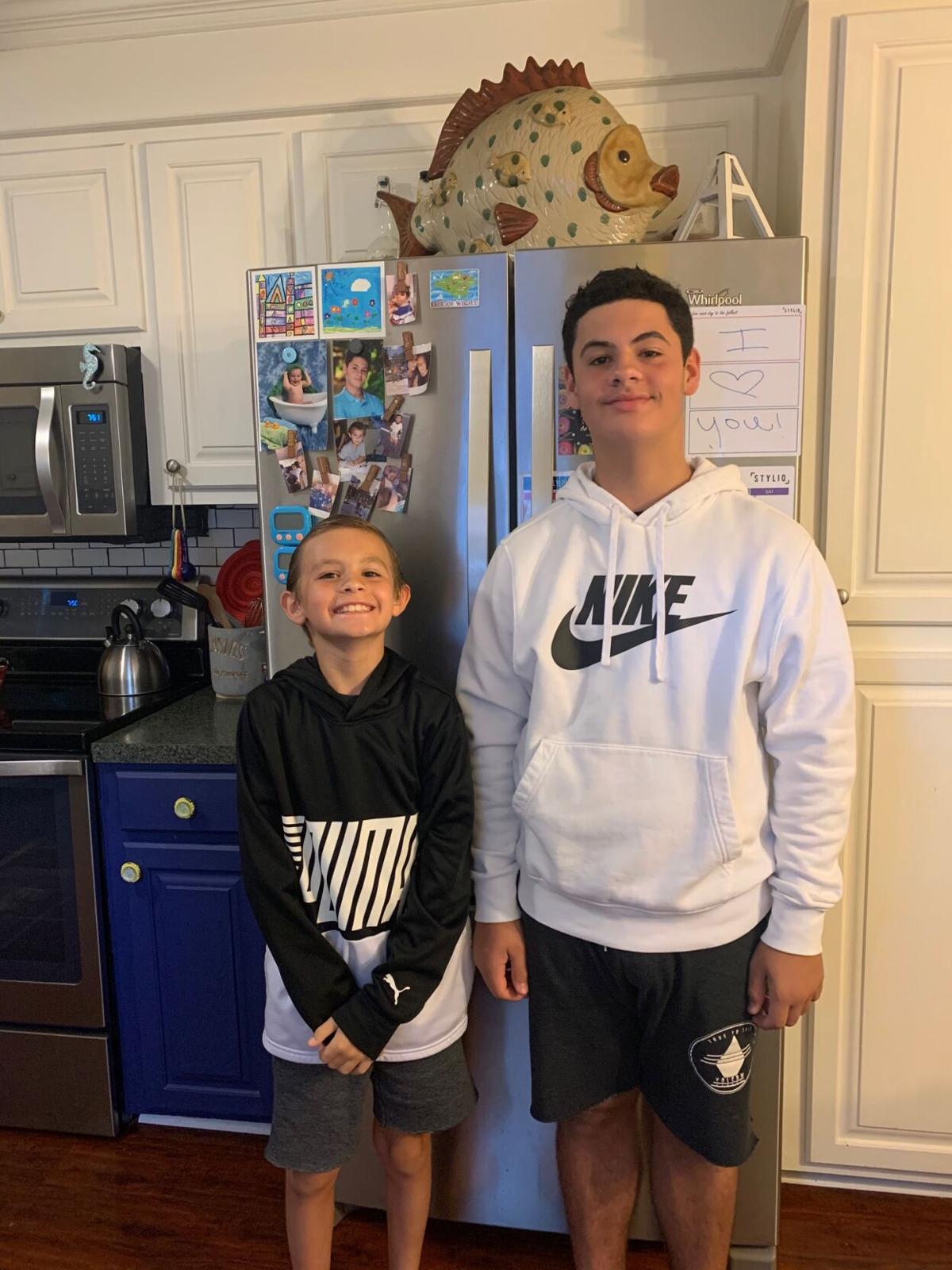 Britny Maldonado with her husband and sons. Photos provided

Lexington resident and mother of two, Britny Maldonado, didn’t expect to be fighting for her life at just 30 years old.

She was originally diagnosed with acute myeloid leukemia in 2017 at 27, underwent chemotherapy, then was put into remission. Since then, the seemingly endless cycle of rediscovering cancer in her body, going through chemo, and then remission has been continuous. In addition to chemo, she received multiple bone marrow transplants including a donor lymphocyte infusion (DLI). She began feeling disoriented with headaches and blurred vision about three weeks ago, which led to her current diagnosis.

“I went to the ER and discovered there are six leukemia masses on my brain, which is something not studied because it is extremely rare. They gave me a prognosis of six months to a year, with treatment,” said Maldonado. The cancer has also spread to her spinal fluid.

Although many might interpret her diagnosis as though nothing can be done, Maldonado believes otherwise. She is in the process of undergoing chemotherapy at MUSC, but only sees that as the start of her journey to recovery. Once she begins to see the tumors shrink, she plans to travel outside of the country for other options.

“If somebody is telling me ‘you don’t have a long life to live,’ I’m not going to accept that,” she said. “I’m not going to let them tell me I’m going to die and not try to do everything possible.”

With the help of donations through a gofundme her mother created, Maldonado hopes to travel to the CMN Alternative Cancer Treatment center in Mexico. She said the center’s options include treatments like hyperthermia therapy, hyperbaric oxygen chamber therapy, natural supplements and detoxifying methods.

“Western medicine has prolonged my life but it’s never fixed the problem so I consider that as failed. I’ve been poisoning my body for so long. So let’s see if I do something good for my body,” Maldonado said. “If it doesn’t work, at least I tried and did everything I could, and exhausted all my options."

Although her husband and children will not be able to come with her, Maldonado said her mother or sister will accompany her on the trip. She admits to being scared, but also said this is the only thing giving her hope.

“Of course it’s scary because it’s in a different country and it’s not what we’re conformed to do here where everything’s chemo and radiation. But I’ve been doing all that, and all it’s done is tear my body apart. I’m risking my life whether I’m doing it here or there," she said.

Maldonado said she’s incredibly thankful to the people – many of them strangers – who have contributed to help reach her goal.

“It’s really heartwarming and nice to see that people care, and are really trying,” she said. Learn more about Maldonado’s story on her mother’s gofundme page.

Thoughts on pandemic restrictions being lifted in SC?

Governor McMaster has lifted the ban on late night alcohol sales and large public gatherings, while still encouraging social distancing and masks. How does this change your personal activity?