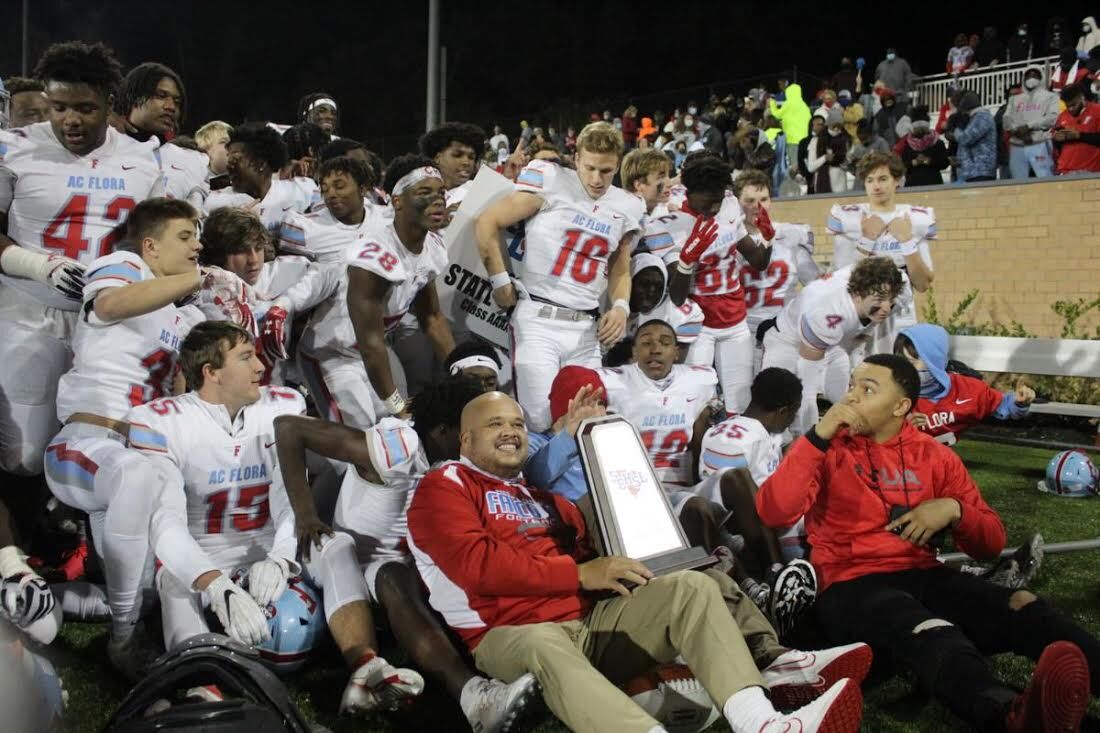 It was at Charlie W Johnson Stadium eight months ago where Dutch Fork and AC Flora both made history.

The Silver Foxes celebrated a state-record fifth consecutive SC High School League football title won in Class 5A, while AC Flora won the Class 4A final for its first ever state title trophy.

The league’s executive committee voted Wednesday to keep not only both class title game on the campus of Benedict College - it will hold all five classifications’ state title games there from Dec. 3 through 5.

Last year’s “Weekend of Champions” were also played over three days and were split between Benedict College and Spring Valley High School. Classes 2A, 3A, 4A and 5A were played Dec. 3 through 4 while the Class A title game between Abbeville and Marion was moved to Dec. 18 due to COVID-19 disclosures.

The executive committee also revealed the locations for other fall sports championships. The swimming championship will be in North Charleston Oct. 8 and 9, the state volleyball finals will take place Nov. 5 and 6 at Dreher High School and the cross country championships will remain at Sandhills Research Center in Columbia for Nov. 11 and 12.

The site for the Nov. 20 competitive cheer championships, which took place last year in Florence, will be announced at a later date.

In other business, the committee voted unanimously 16-0 to remain at five classifications for the 2022-24 realignment. Once the 45-day enrollment figures are released in September, the SCHSL will go about the business of shifting schools from lower to higher classifications.

The 2020-22 realignment moved both Brookland-Cayce and Pelion down a classification and placed Gray Collegiate and Batesburg-Leesville in Region 3-2A.