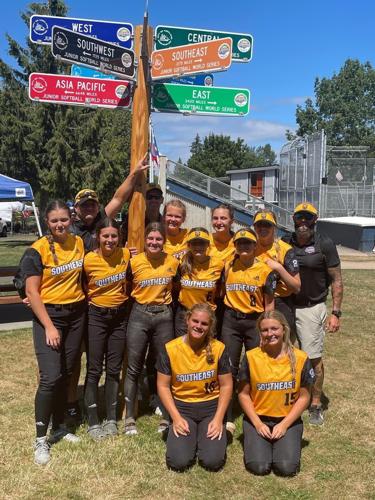 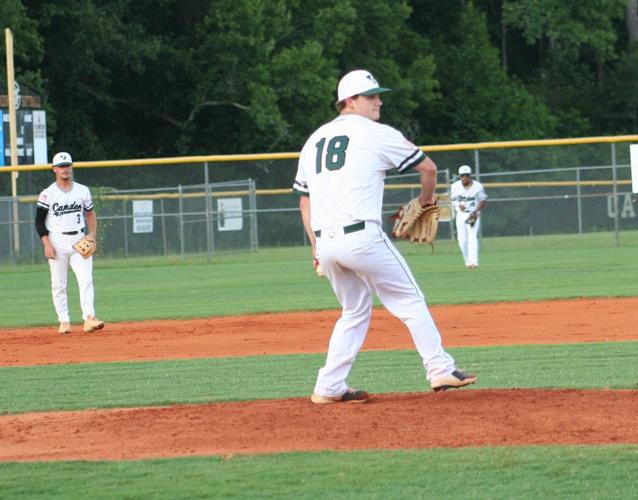 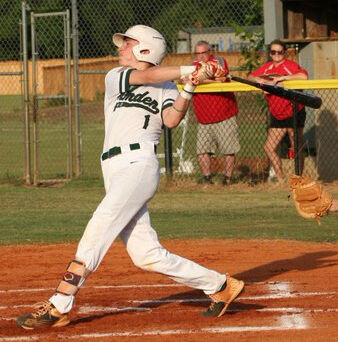 They are now a victory away from playing for a berth in the American Legion World Series.

Post 17 took a 3-0 lead into the top of the second inning. Brent Gibbs drove in two of his three runs with a sacrifice fly and double and Zane Catoe added an RBI single.

After Randolph County made it 3-1 in the bottom of the second, Post 17 broke the game open with five runs highlighted by a two-run single by Gibbs.

With the score 8-3, Camden added two runs in the fifth on an RBI single by Justin Flemming and an RBI fielder’s choice by Will Stines.

After Randolph County got within 10-7, Camden added two more insurance runs in the top of the seventh on an RBI walk by Jamari Harris and a single by Max Branham.

The game ended on a double play with Catoe pitching the final 2 ⅓ innings for starter Keaton Harrelson.

It was the third win at McCrary Park for Camden Post 17. They opened the tournament with a 11-0 shutout win in five innings over Owensboro (Ky.) Wednesday.

Harrelson struck out five and allowed one hit in four innings and Cobe Evans and Catoe each drove in two runs.

The following day, Camden rallied from an early deficit to get a 9-7 win over Belleville Post 284 out of Florida.

It trailed 2-0 before tying the game in the top of the third inning with a RBI single by Gibbs and sacrifice fly by Branham. After Belleville regained the lead at 3-2 in the bottom half of the inning, Camden put together another five-run inning in the fourth to take a 7-3 lead.

Belleville got within 7-5, but Camden’s Harris hit a two-run double to provide insurance in the top of the seventh inning.

Camden is scheduled to play at 7:30 p.m. Saturday, but is assured a spot in Sunday’s final regardless of the outcome. It looks to become the first South Carolina team to reach the ALWS since Chapin-Newberry Post 193/24 won it all in 2015.

While Camden Post 17 seeks to reach a World Series, another Midlands team is playing to win one Saturday.

The win improved Southeast (Irmo) to 6-0 in the tournament entering the 5 p.m. championship game against Michigan.

Southeast (Irmo) took a 3-0 lead in the top of the first inning. Kathryn Hill singled, advanced to third on starting pitcher Stephanie Jones’ single and stole home plate for the game's first run.

After Reagan Haggard reached on an error, she and Jones scored on Jayla Peppers’ single.

Asia-Pacific (Philippines) scored two runs in the bottom half of the inning. Southeast (Irmo) answered with two runs in the top of the third as Jones scored off a fielder’s choice which was confirmed by replay and Peppers drove in her third run of the game with a single.

Asia-Pacific (Philippines) scored another run in the bottom of the fifth. In the sixth, it had a baserunner on second base with one out but the inning ended with a double play.

The replay showed that Haggard did not tag the baserunner. However, Asia-Pacific (Philippines) was out of challenges and could not appeal for replay.

Southeast (Irmo) added insurance in the top of the seventh. With the bases loaded, Davis drove in a run as she was hit by a pitch.

Asia-Pacific made a final rally in the bottom of the seventh. It scored a run off a double, but Jones got the final two outs on pop outs to center fielder Olivia Hill and Davis at catcher.

The championship game will air on ESPN2.