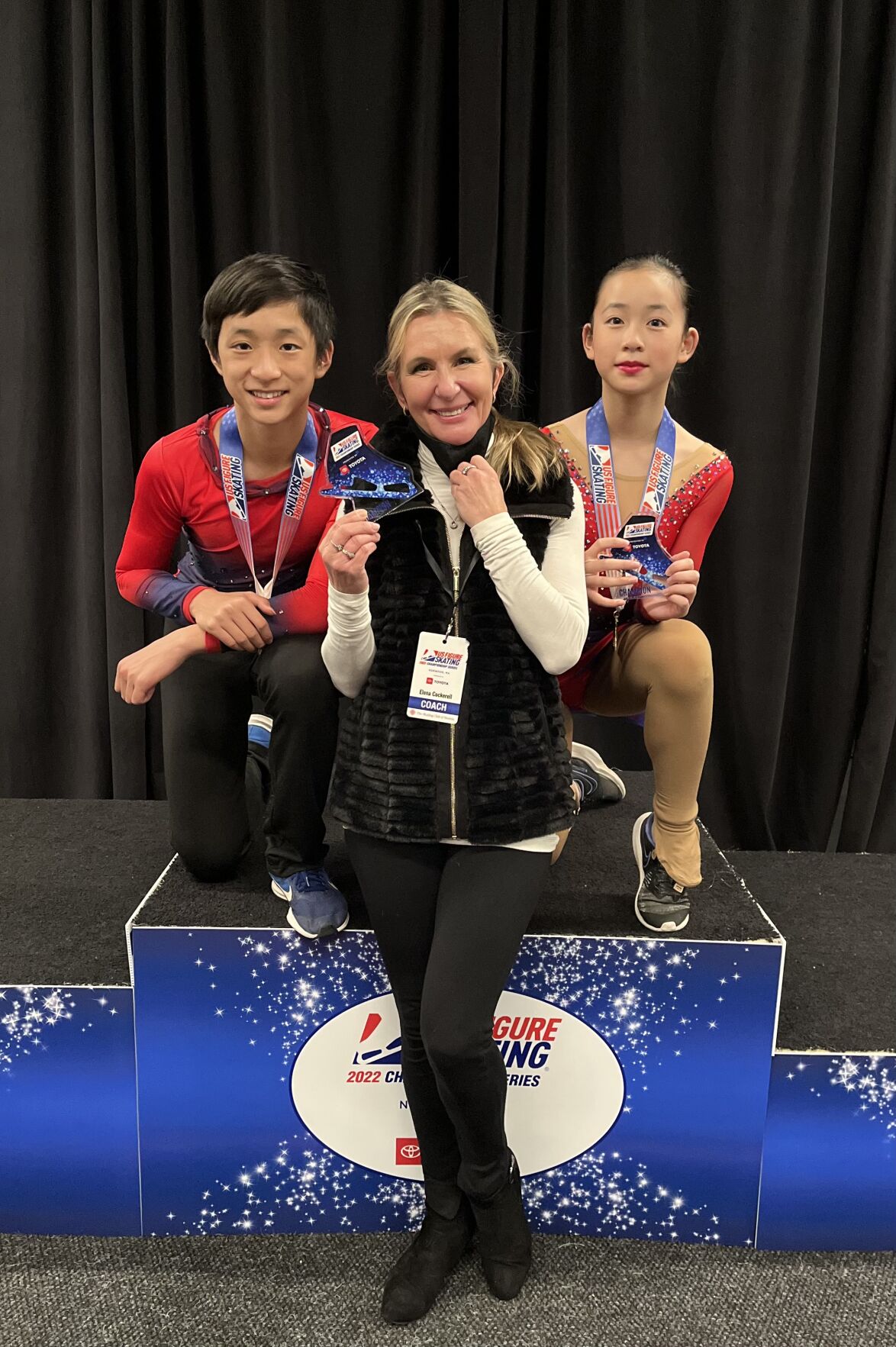 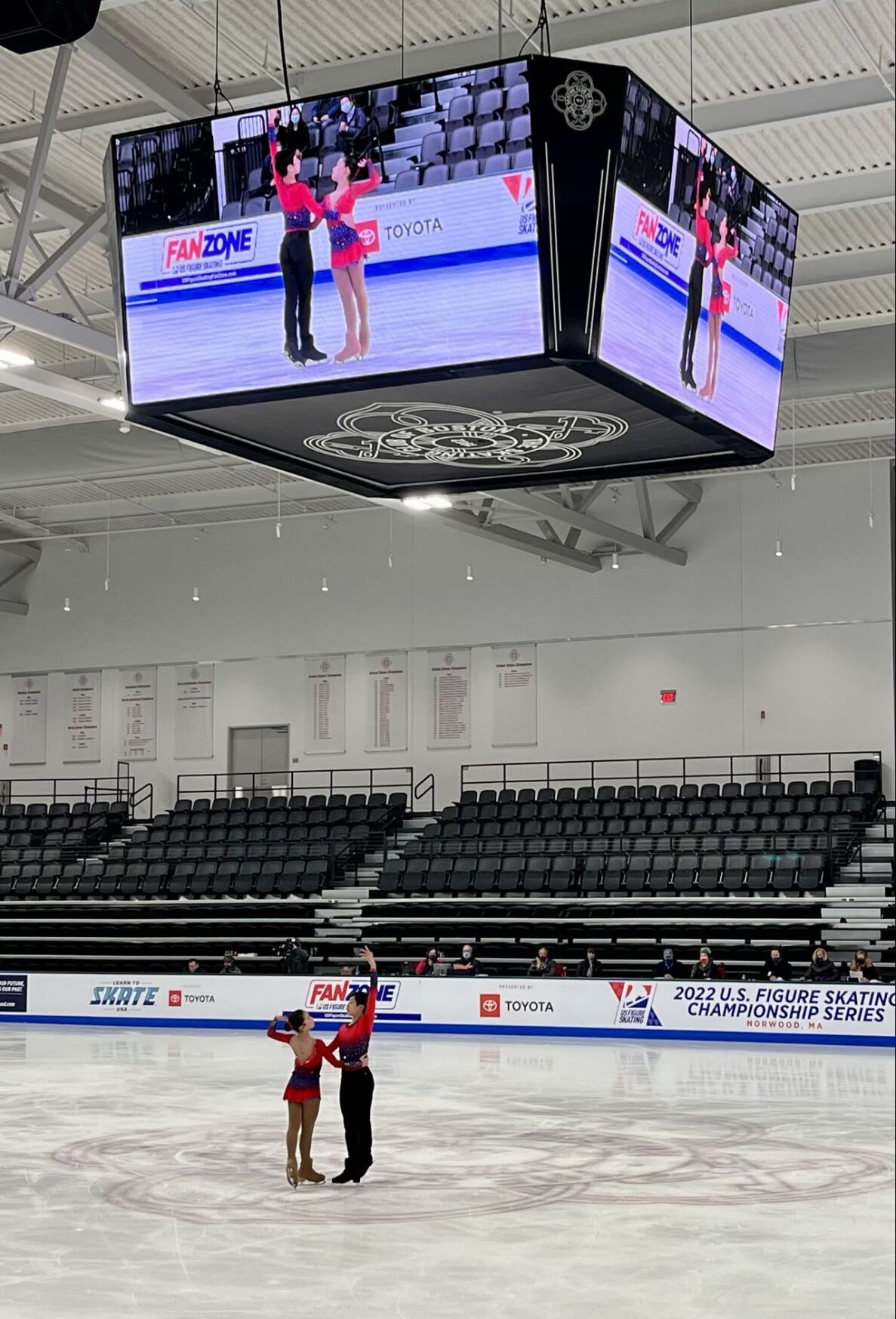 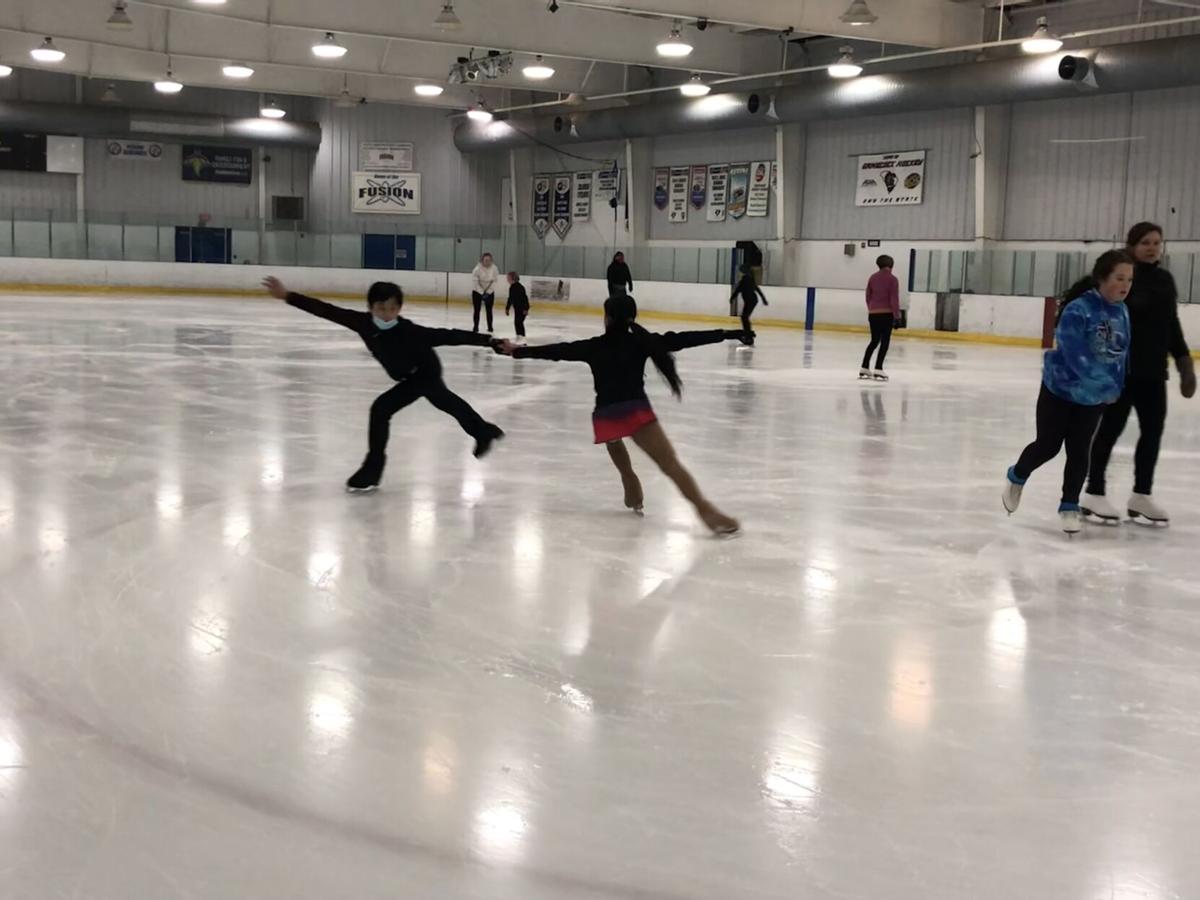 Lauren and Luciano during their practice at Flight Adventure Park

Luciano Chen and Lauren Ji have been figure skating for almost half of their lives. The years of devotion to the sport recently paid off when the 13 and 11-year-old brother and sister duo from Lexington found out they had the highest score in the juvenile pairs category of the United States Figure Skating championships.

The siblings traveled to Boston with their parents and coaches for the competition in November. According to their coaches Elena and Mark Cockerell, the setup for the championships was different this year due to COVID. Normally, skaters compete in a regional contest with winners moving to sectionals, and those winners competing in nationals. However, the setup for 2021 changed to six competitions across the country. The winners were chosen by the highest score across the board collectively out of the six contests. Now that all have been competed, Luciano and Lauren's score for their pair routine remained the highest in their division.

Although they were happy to receive the highest score, Lauren and Luciano aren't stopping to gloat or revel in their win.

"We felt good about it because we won, but I feel like we could have done better," said Luciano.

His sister agreed, and said she knows the bar will continue to be set high as they move forward. "It's a good feeling when you win, but I feel like it's going to get harder later on since right now, it's COVID. But later on it's not going to be COVID so it's going to be more competitors, and will be harder to win. So, I think we should work harder," she said.

Luciano said he was happy, but surprised to have placed the highest. However, the siblings' pair coach, Elena Cockerell, said she was not surprised.

"I work for the results. I need to deliver champions," she said. "They get better, they get stronger, so it's a performance better."

The brother and sister are members of Palmetto Skate Club, which practices in Irmo at Flight Adventure Park (formerly The Plex). They devote at least 10 hours a week to their training. Lauren and Luciano's father, Max Chen, said he's grateful to their coaches and proud of their accomplishment.

"My wife and I support them doing this pair skating. It's helped them to building up more understanding of teamwork," he said. "They're very good at handling the pressure and it's a great skill to have for their lifetime."

Not only have they developed impressive skating abilities, but both siblings said they truly enjoy being members of the skate club. Lauren said they have made new friends and Luciano described it as a "really kind club" where anyone is able to join.

The next big performance for Lauren and Luciano will be in the Palmetto Skate Club's Christmas show Dec. 11 at 4:30 p.m. The performance will incorporate all members of the club and is open to the public. Tickets are $7 online and $10 at the door.

"People can come and bring their kids, and if their kids want to get involved, they can sign up for our learn-to-skate program," said Mark Cockerell.

Additional information about Palmetto Skate Club can be found on the organization's website. Flight Adventure Park is located at 1019 Broad Stone Rd.