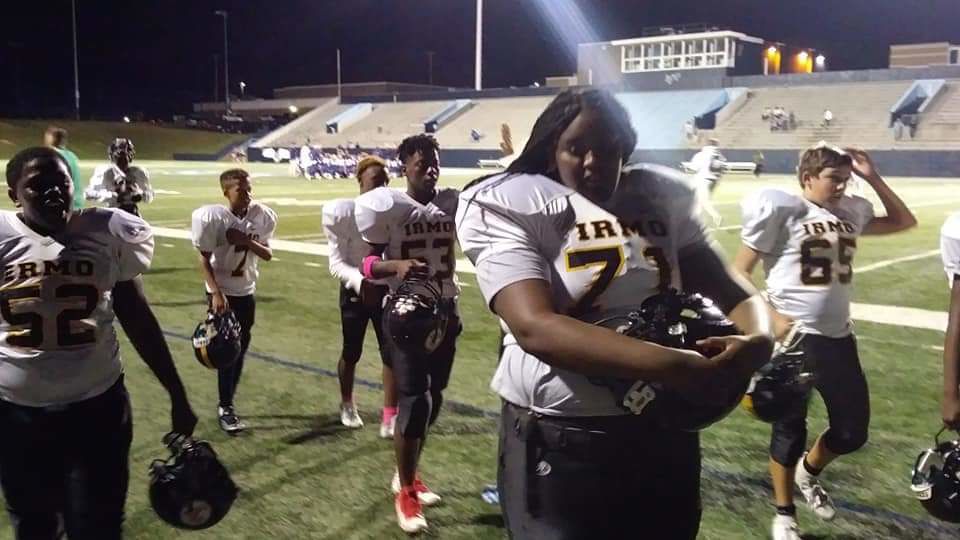 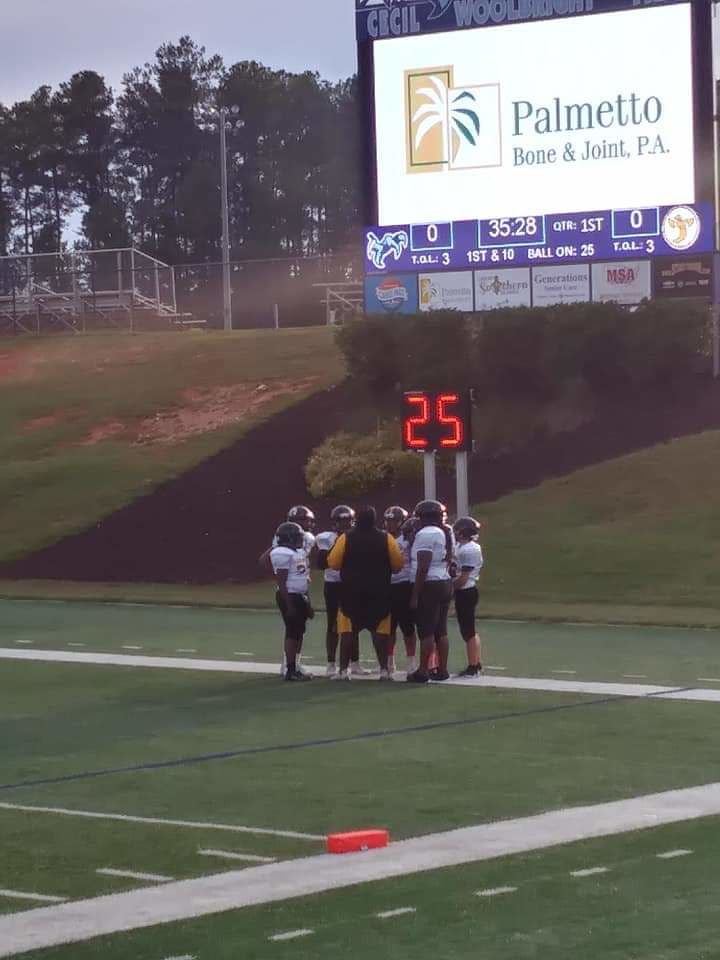 “One of the boys from the football team asked me to join the team and the football coach encouraged me to join so I thought it would be fun,” Aryanna Pierce said. “I asked my Mom for permission and at first she said no, so I asked my Dad who said yes.”

Aryanna’s mother, Tiffany Pierce, said she was skeptical at first because her daughter has Type I Diabetes and she is a female.

“Aryanna really changed my mind quickly because she told me she could do it and I believed in her,” Tiffany Pierce said.

Aryanna practiced with the team and played in several games during the 2019-2020 school year and received a lot of support from her school and the community.

“One of my teachers was so excited that I was playing football that she made a shirt for me that said girls can play football with my jersey number on it,” Aryanna said. “The first game I played in, I had a big crowd screaming my name and cheering for me. It was a lot of fun!”

Tiffany Pierce said she could not get over how much support she received from her teachers and the school. "It made me so proud to attend the games and hear the crowd cheering her name. I was glad to see her receive so much support for something that many girls are afraid to do and she did it," she said.

Aryanna also played basketball and was on the middle school dance team. She said being involved in the extracurricular activities helped her academically, mentally and socially.

“It made me more social and my coaches made sure my grades were up otherwise I would not have been able to play,” Aryanna said. “Before I started playing sports, I didn’t have the courage to talk to people, but now I am more socially active.”

Her coach said Aryanna is not only a talented football player but a great example for other female athletes.

“It was a breath of fresh air to have Aryanna join the team,” said Coach Brandan Davis. “I saw Aryanna’s size and athletic ability and thought she would be a great asset for the team. She was a huge inspiration to motivate our team to work hard and give their all.”

Aryanna and her parents hope that she will be a role model for other girls to follow their dreams.

“Believe in yourself because anything that you put your mind to you can achieve and my daughter did that,” Tiffany Pierce said. “I am so proud of the mark she made at Irmo Middle and can’t wait to see what she does in the future.”