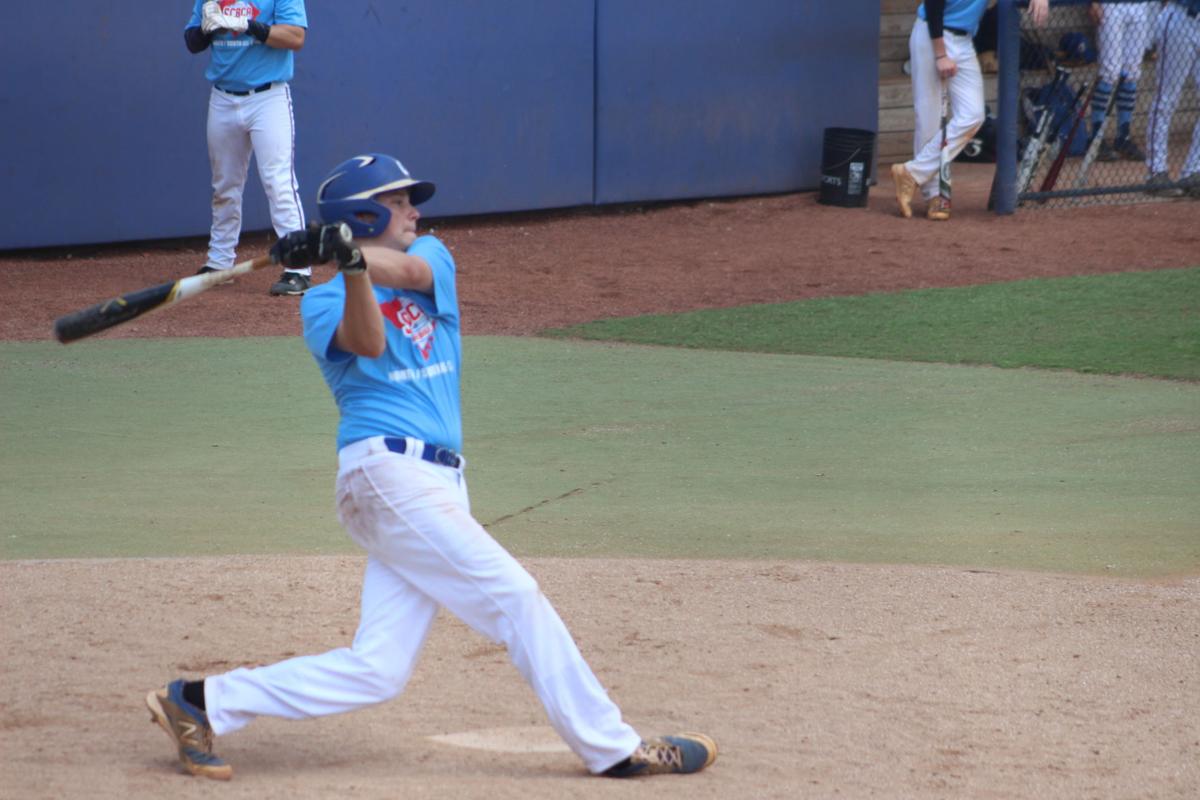 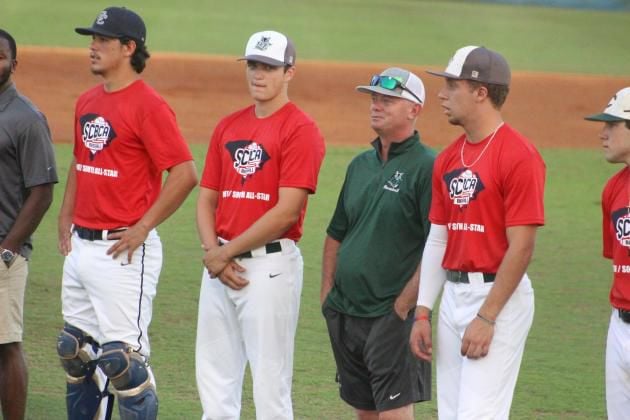 Day one was a true “Southern” affair as all three South teams were victorious over the North. The South won the opening contest between Classes 3A/4A by a 5-1 score, then claimed a 2-1 win in the contest involving players from Classes A/5A/2A.

Tuesday concluded with the South edging the North 6-5 in the Select game.

The South scored five runs off three North errors in the Top third to take a 5-0 lead. River Bluff’s Noah LeBron scored on an infield error to take a 6-0 lead in the fourth inning.

The North slowly cut into the lead. After an RBI fielder’s choice, Spring Valley’s Wayne Miller had an RBI single in the bottom fourth to make it 6-2.

Hillcrest’s Trotter Harlin also singled home a run to cut the deficit to 6-3. In the Bottom sixth, McBee’s Conner Kirley belted a solo home run over the rightfield wall and the North got another fielder’s choice off reliever Charlie “Mac” Toman of Hahahan to get within a run.

After the North leadoff hitter reached on an error to lead off the seventh, Toman retired the final three batters in order for the win.

The final day started with the North team consisting of Classes A/2A/5A players defeating its Class 3A/5A counterparts by a 7-4 score in the consolation contest. Riverside’s Landon Shaw was the MVP for the winning team, while Wren’s Carter Willis was the Class 3A/4A MVP.

The winner’s contest between the South teams was also won by the Classes A/2A/5A squad by a 3-2 score. Berkeley’s Hayden Dawson was his team’s MVP, while North Myrtle Beach’s Austin Fine was team MVP for the Class 3A/4A team.

The finale saw the North Select team defeat the South 6-3 to earn a split of their two contests. Mauldin’s Albert Osuna was the North MVP, while Latta’s Dylan Brewer was the South MVP.

How will you spend the holiday weekend?