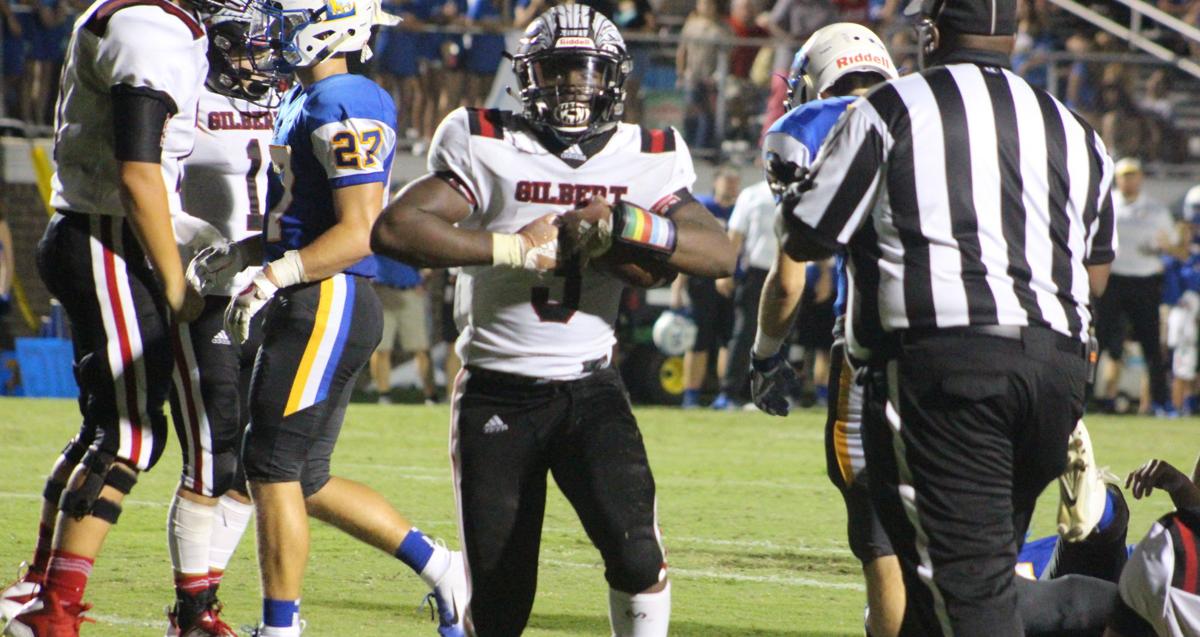 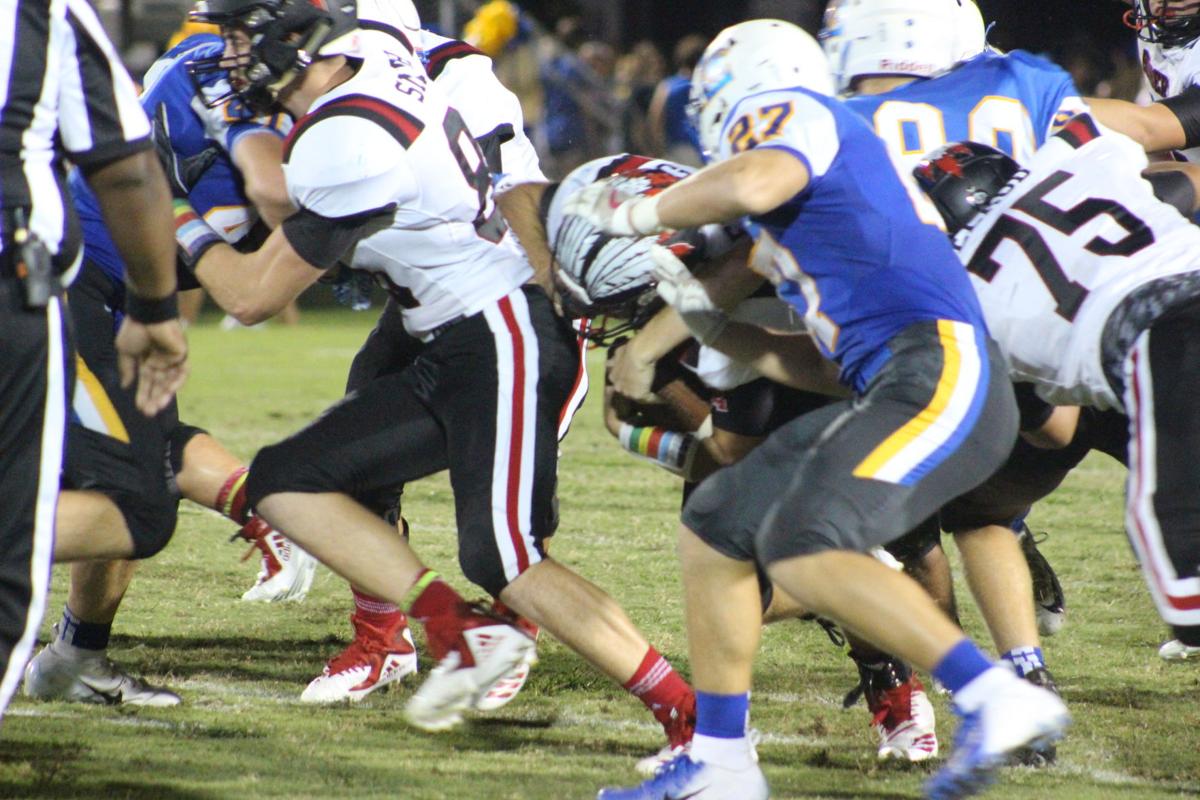 The environment prevalent throughout Wildcat Stadium for Friday’s first-ever football meeting between Lexington and Gilbert rivaled that of a playoff game.

A sea of red on the visitor’s side was matched on the homestands by blue and gold. Both teams entered the contest undefeated and seeking to draw first blood in a new in-county rival.

In the end, the host team Wildcats came away with a 21-14 victory. The win snapped the Indians’ 12-game regular-season winning streak and improved the Wildcats to 3-0 for the second straight year and third time since 2011.

“It was one of the best atmospheres you can play in, especially when you come out with a win,” Lexington head coachPerry Woolbright said. “But you want games like this to prepare you for the post-season. This was a great experience for our kids.”

“It was an incredible atmosphere for our guys to compete in,” Gilbert head coach Chad Leaphart said. “It had that playoff atmosphere and hype to it. So, that was good for our kids to be in that type of environment and we have the greatest fans in the world.”

Lexington won despite losing starting quarterback Cal Herndon leaving the game late in the first half following a hard hit. He accounted for a 19-yard touchdown pass to Nathan Baxley on the game’s opening drive and an 80-yard rushing score in the second quarter.

The Wildcats’ offense came mostly on the ground. They rushed for 221 of their 338 total yards, led by running back Akeem Nicholas with 93 rushing yards and a touchdown.

Backup Elijah Ogden accounted for two of he and Hernden’s five completed passes out of 20 attempts, but one of them extended a drive in the fourth quarter.

Lexington’s defense collected two interceptions and recovered a muffed punt by Dre Harris in the fourth quarter. Dre Cook had two rushing touchdowns, but was held to 50 yards, a yard behind teammate Cody Temples.

Second-half penalties also stymied the Indians’ efforts to tie the game. Gilbert had a final opportunity with 2:26 left, but the drive ended with a fourth-down incompletion by Jy Tolin. He and Josh Strickland were held to a combined season-low 9-23 passing for 69 yards.

“The second half, the defense played great,” Woolbright said. “Offensively we had some chances in the first half that we didn’t capitalize on. (Gilbert) did a great job making adjustments at halftime defensively. They really shut us down. But it really made our defense involved, it forced us to play well.”

Lexington plays host to South Aiken in Week Three, while Gilbert returns home for another in-county clash with Airport.