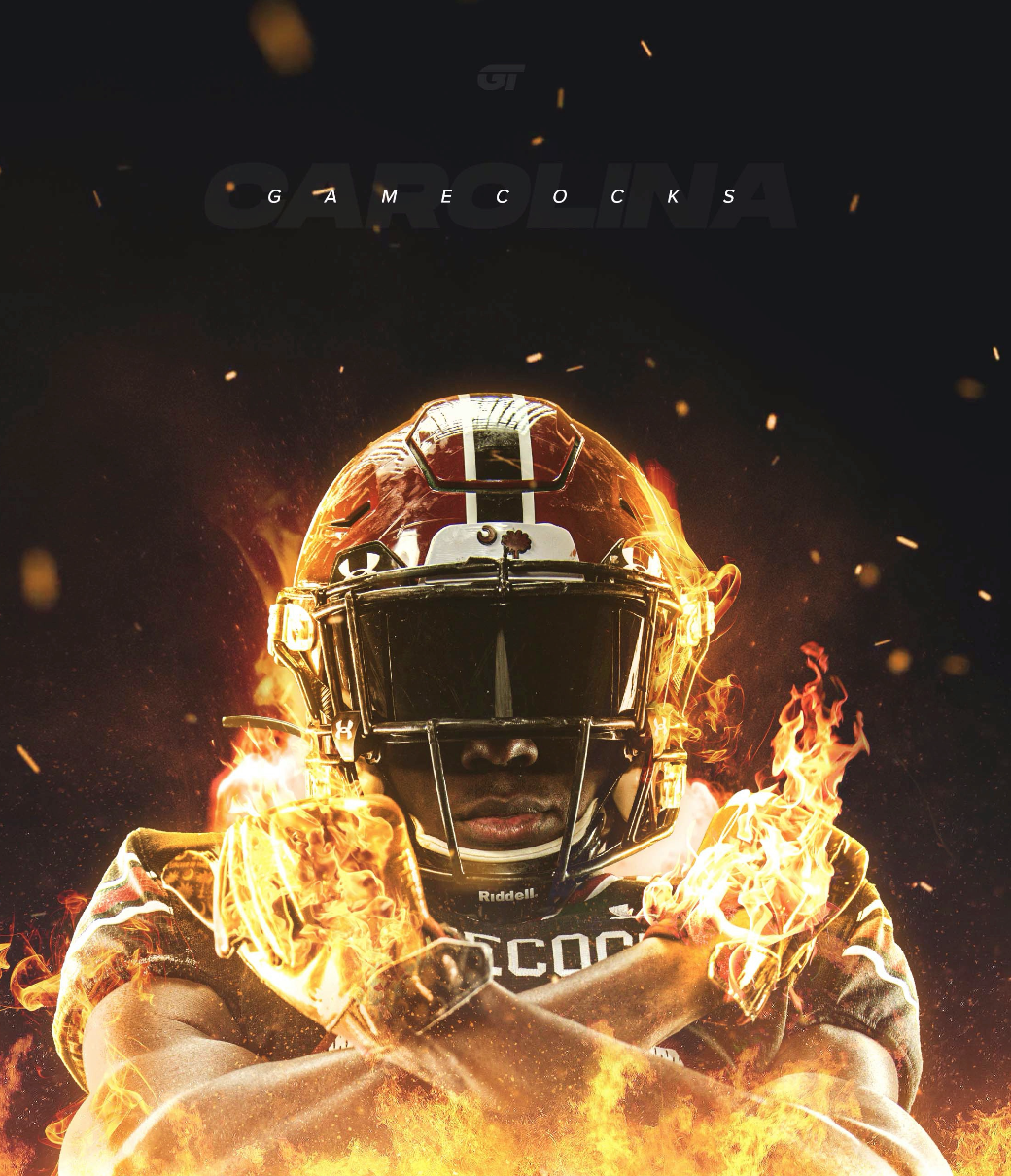 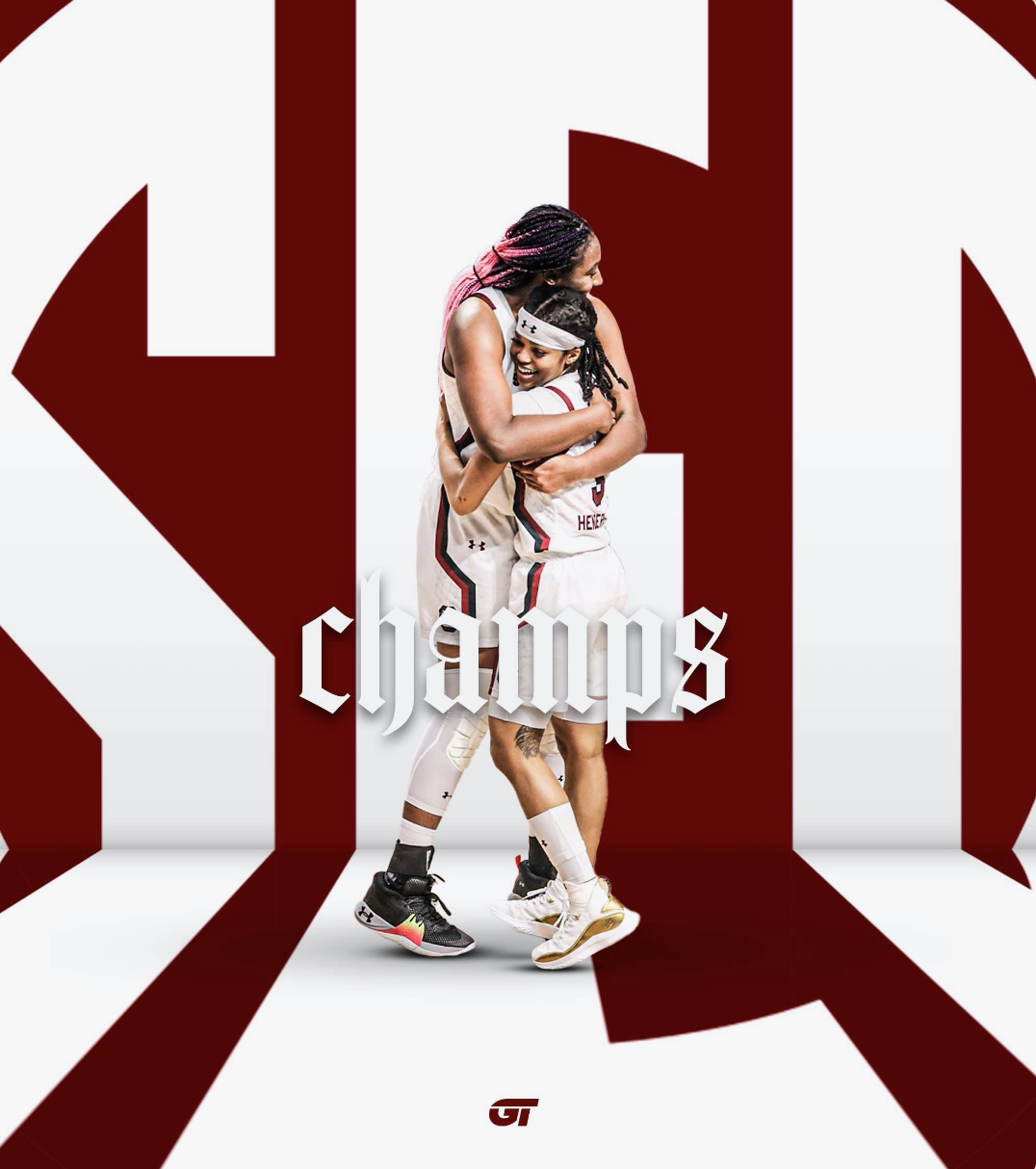 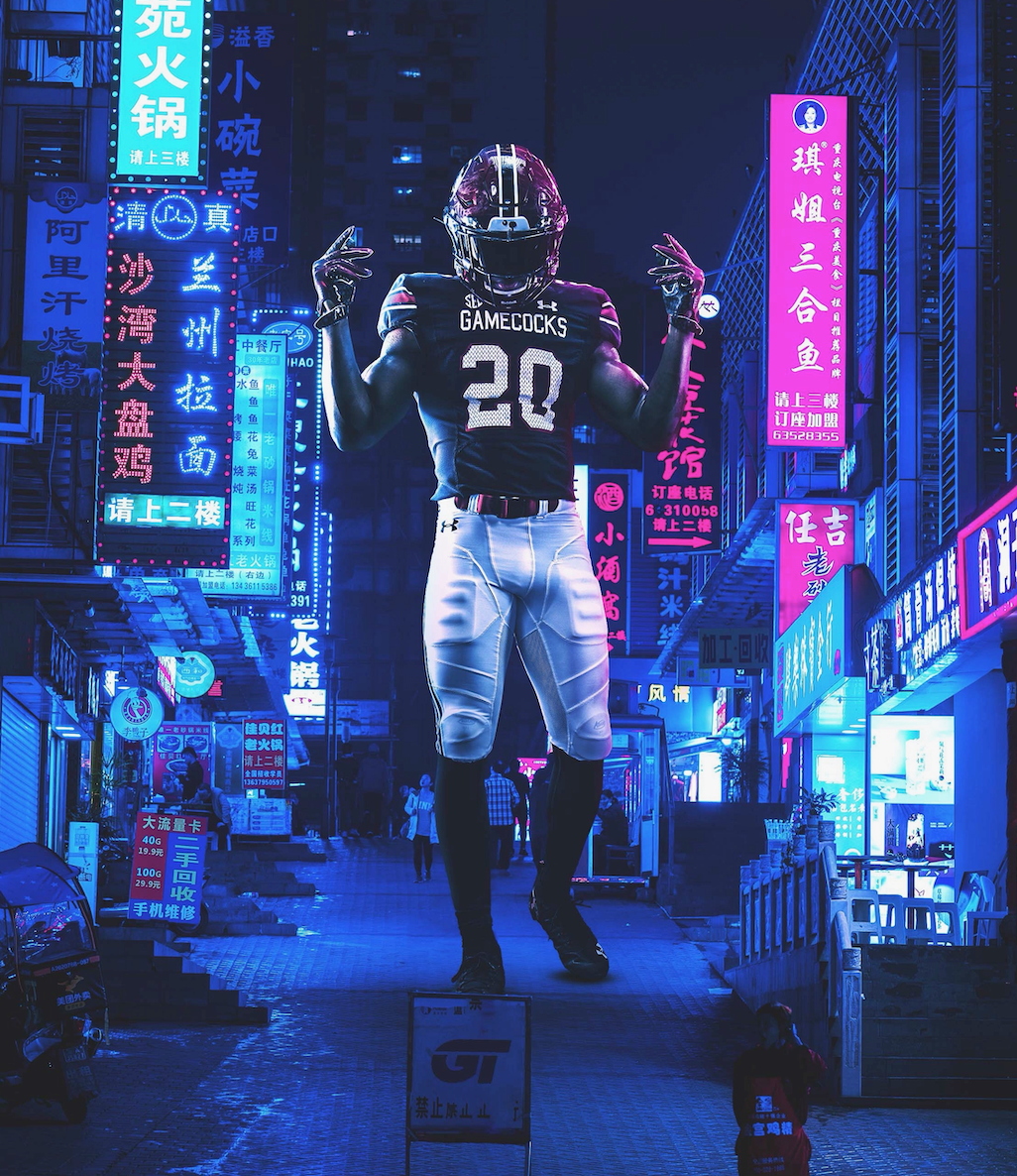 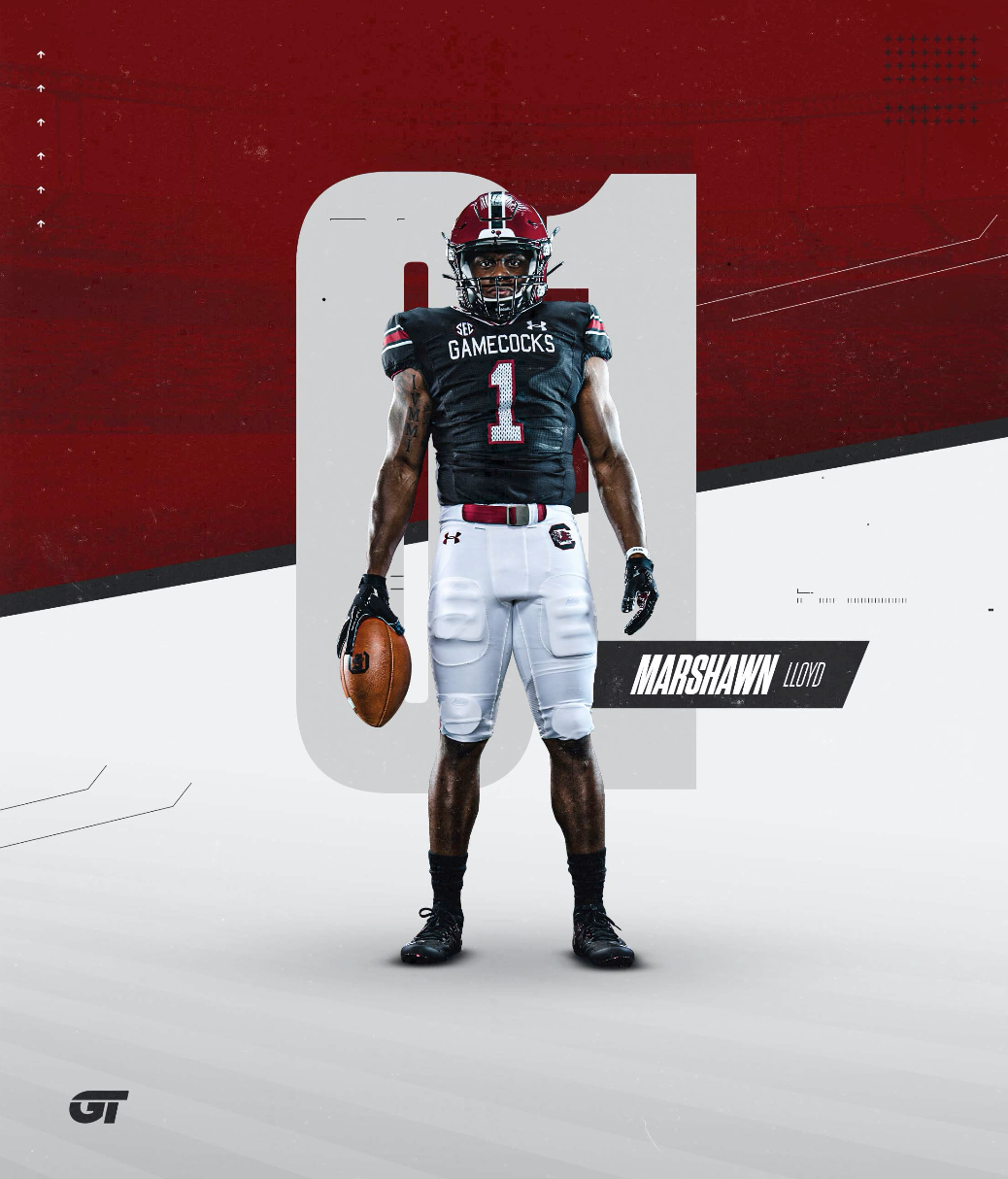 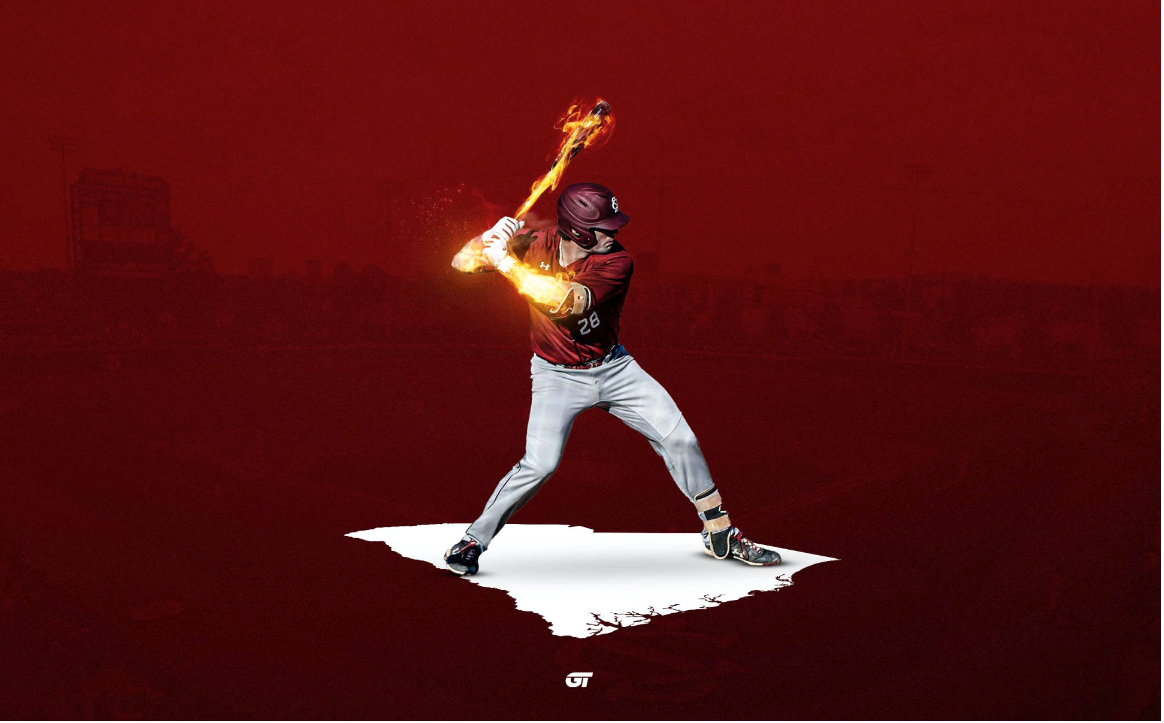 Davies Roberts, a 14-year old attending Heathwood Hall Episcopal School, is an ever-busy high school freshman. When he's not in the classroom, Roberts, a student-athlete, runs track and plays football.

When he finally finds free time, he pursues another passion: sports media.

Roberts is a lifelong Columbia resident and avid Gamecock football fan since 2010.

He took his first shot at the industry after he noticed a growing trend: a plethora of 'fan pages' on Instagram dedicated to covering college football student-athletes, teams, and more.

Davies launched his first project when he and a friend forged an agreement to launch their own unique page covering national college football news in December of 2018.

While Roberts' first venture was short-lived, the young sports media entrepreneur said he learned a lot from the experience.

"I really learned how to communicate with others and form relationships," he said.

Everything would change when Roberts discovered Adobe Photoshop in April 2019 on his brother's computer. Soon thereafter, he began to experiment with the new and exciting software.

After discovering he had a 'creative eye' for design, Davies desired to launch a second sports media brand, this time aiming to combine his previous experience with his newfound talent.

However, this time Davies decided to focus on covering the Gamecocks.

"I wanted to take what I already knew about football and really just focus on the team that I loved," Roberts said.

So, Davies doubled down on his own big idea, creating @GamecocksToday in August of 2019.

The Gamecock-themed platform primarily focuses on creating edited, high-definition graphics of University of South Carolina football players, along with student-athletes from the men's basketball, women's basketball, and baseball teams.

In nearly two years of existence, Davies following has already spread like wildfire on social media, garnering 6,800 combined followers on his two platforms, Twitter and Instagram.

It's a figure that is expected to grow as the young visual communicator looks ahead towards an already bright future.

Roberts said he enjoys creating sports graphics, but the journey certainly hasn't come without hard work. After a long day in the classroom and on the athletic field, he still doesn't hesitate to utilize a few hours of free time to his advantage.

"I have a good bit of time to finish my homework, but later at night, when I have free time, I'll be designing," said Roberts.

In the meantime, he said he appreciates the already strong support he has received from Gamecock Nation.

"Since I'm so young, it's really motivating. I really want to design stuff in the future, and it definitely gives me an extra push forward to see people giving me love," he said.

Gamecocks Today has also received attention from UofSC football players, as both running back Marshawn Lloyd and junior defensive lineman Kingsley Enagbare have reposted his graphics on their official Instagram stories.

Although plenty of players are aware of Roberts' work, he is quick to admit that the most special connection he formed with a student-athlete was with former UofSC quarterback Ryan Hilinski, who transferred to Northwestern University after his second and final season with the Gamecocks last fall.

"Ryan was constantly in contact with me, just talking about cool edits he would want to see. It was sad to see that he transferred because I sort of built a relationship with him. I think everyone was sad to see him go," said Roberts.

While gaining some 'clout' from UofSC fans and student-athletes is always a positive gesture, real world exposure wasn't something that the 14-year old was expecting at such a young age.

It all started when Roberts replied to a tweet from Zach Frehse, director of graphic design for Gamecocks football, in August. Frehse sent a tweet expressing interest in hiring student visual communications interns for the upcoming football season.

Roberts simply stated: "But what if I'm not in college?"

The reply led to a direct message with Frehse, which sparked a conversation. The two eventually agreed Davies was currently too young for a role. However, it was a start.

"They said they would be keeping their eye on me now," said Roberts.

After that, Jayson Jeffers, a graphic designer for UofSC football, even sent him a folder of official team photos to edit. Additionally, Justin King, UofSC's associate athletic director and head of new and creative media, followed Roberts on Twitter and complimented the young student's work.

King has gained a reputation as one of the best in the business for Gamecocks football media, and his words of encouragement especially resonating with Roberts.

"That sort of sparked a fire. They like the work that I've done, and that's always encouraging to see," he said.