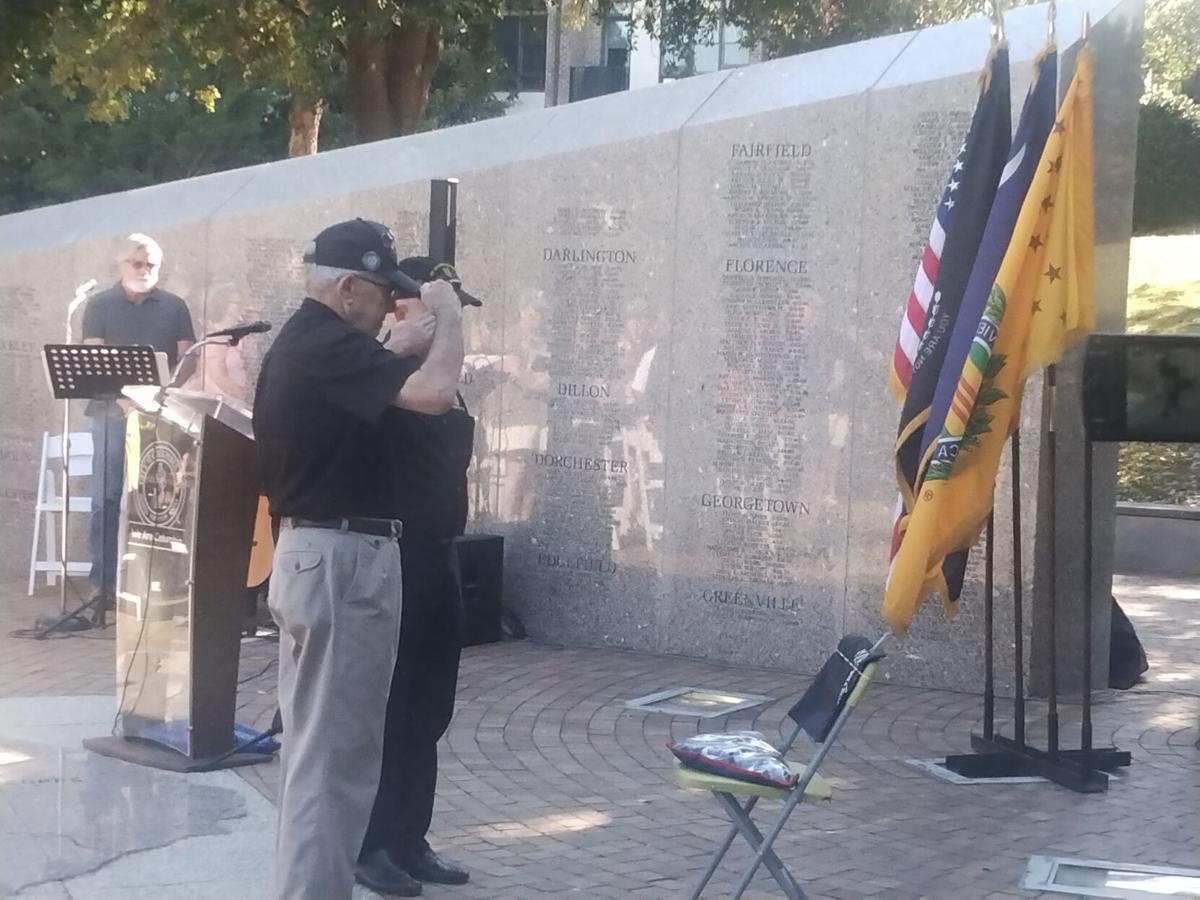 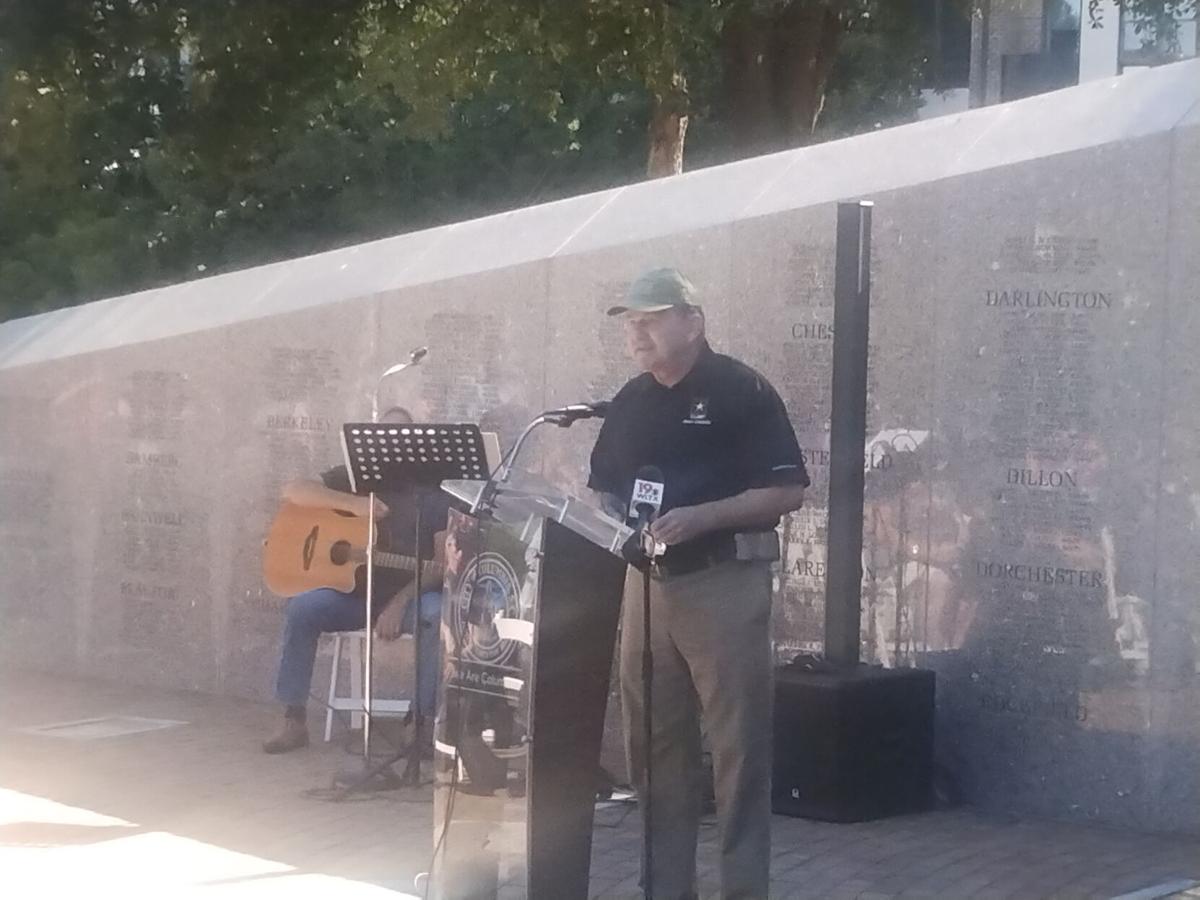 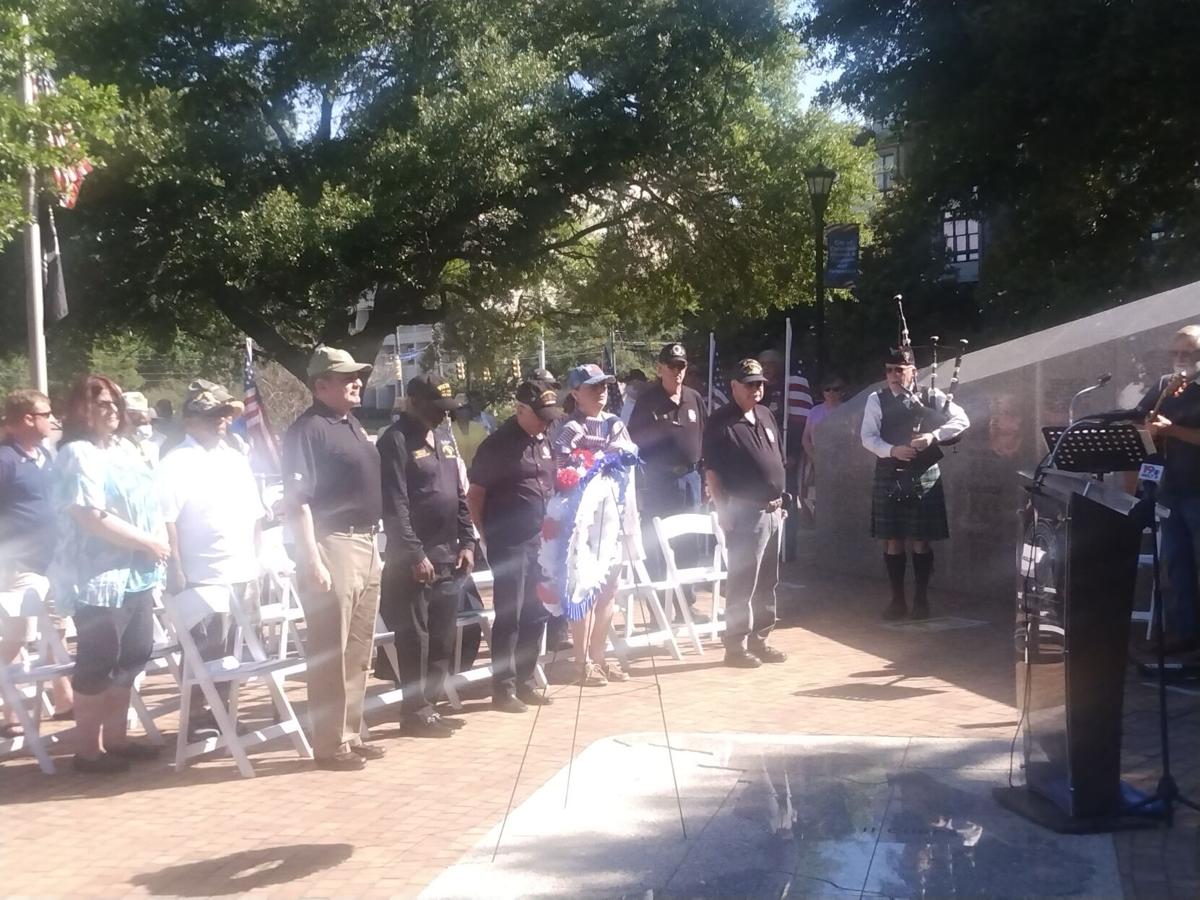 "All gave some, Some gave all. Always Remember.”

Those words summed up the theme of Monday’s Memorial Day Ceremony for Vietnam Veterans at Memorial Park.

The one hour ceremony, presented by the Vietnam Veterans of America, Col. Jack Van Loan Chapter 303 in Columbia, returned after a year hiatus due to the pandemic. A crowd of nearly 100 people ranging from combat veterans to relatives of those who’ve served in the armed forces were in attendance at the Vietnam Wall Memorial.

Speaker after speaker, from 303 President Ron Hagell to SC Combat Veterans Group Commander Tommy Olds to guest speaker Kevin Shwedo, the Executive Director of the SC Department of Motor Vehicles, retired US Army colonel and state civilian aide to the Secretary of the Army, looked to reemphasize the true meaning of Memorial Day.

“Today we pay special tribute to the men and women who have paid that price,” Shwedo said. “We need to honor these special men and women by reminding the public each and every day of their sacrifices because today, as evidenced by this self-licking ice cream cone, people consider this a holiday weekend without reflecting on the men and women that gave them the right to celebrate.”

Shwedo stressed to continue looking out for Gold Star family members and “never forget” those who’ve sacrificed themselves in the battles waged since the American Revolution.

The ceremony concluded with the laying of a wreath in front of the Vietnam Wall Memorial, which lists the names of deceased veterans under their home county.

“But you hear today you have a responsibility. Not just to remember all that gave their lives, but you have an opportunity to come here to share the history. Our children need to know. Our grandchildren need to know. They need to understand because the freedom they take for granted it cost. It was a horrible cost. It’s not a cost that anybody wants to pay.”