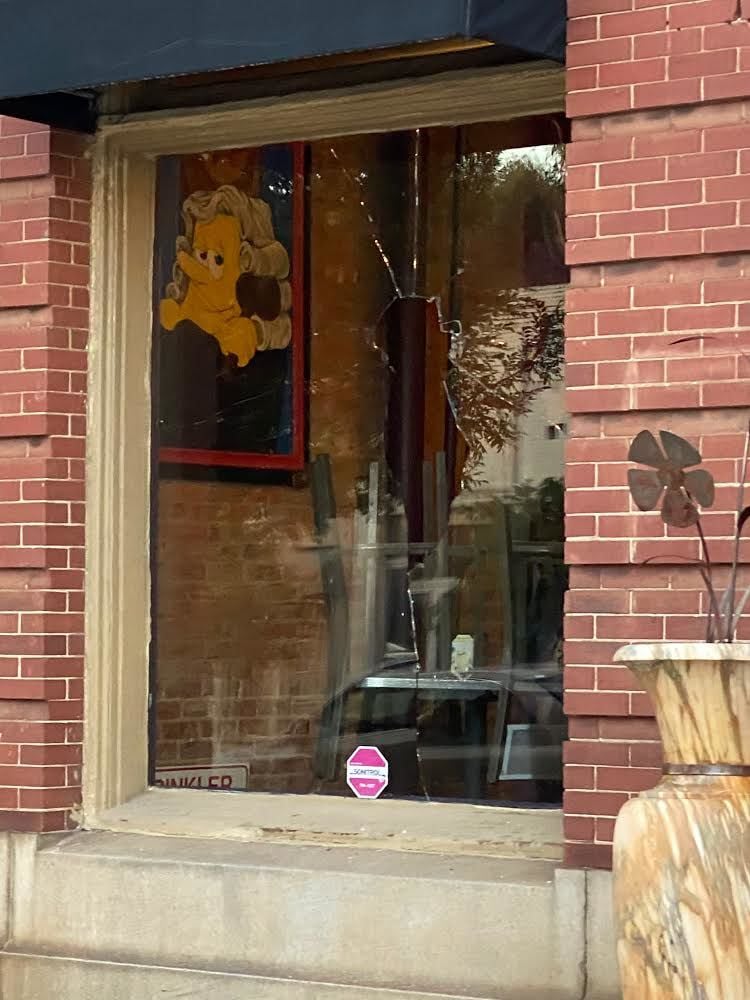 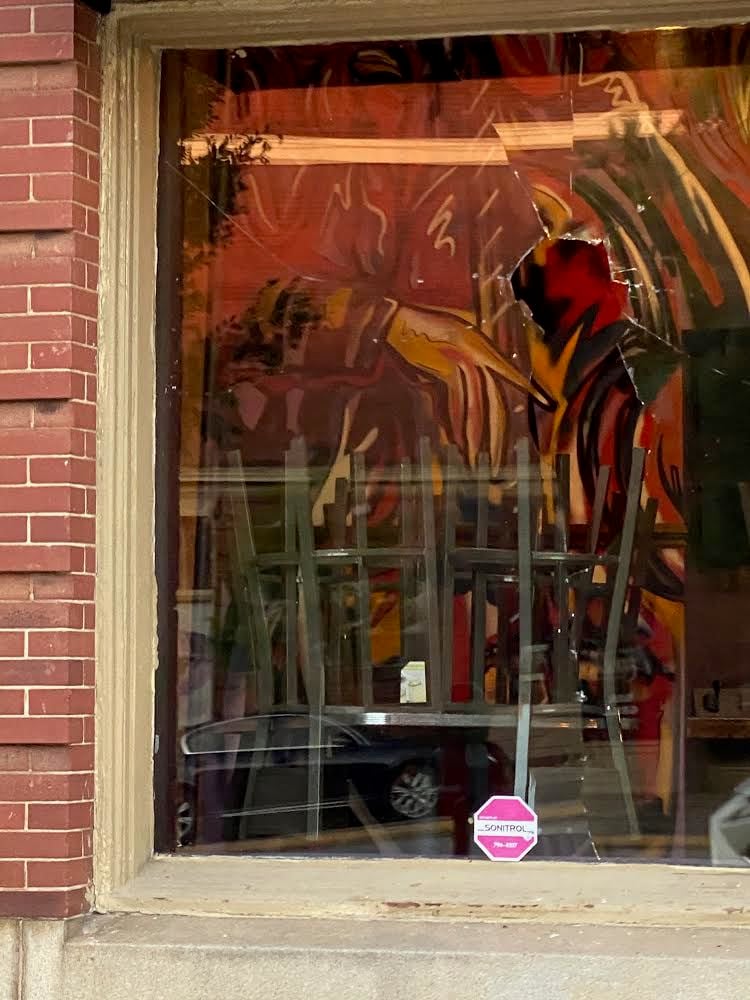 An outbreak of vandalism centered in the Vista followed a violent protest at Columbia Police Department headquarters Saturday evening, despite an emergency curfew imposed by the city government beginning at 6 p.m.

Windows were shattered at Mellow Mushroom and Carol Saunders Gallery, with a small fire also reported at the gallery.

At Blue Marlin and Carolina Western Pub, in addition to shattering windows, vandals damaged the interiors, including furniture, bars, equipment and even bathrooms, with another fire set at the pub.

Police and firefighters were a heavy presence, with police working to enforce the curfew and prevent further violence and damage as firefighters worked to quench flames. At least one fire truck was also damaged by a rock thrown by a vandal.

No injuries were reported in connection with the vandalism as of 9:15 p.m. Saturday.

Two police officers seriously injured earlier in the day were recovering, one from a broken leg and one from being hit in the head with a brick. Columbia Deputy Police Chief Melron Kelly said both are expected to recover fully.

Kelly and other officers strongly encouraged everyone to obey the curfew, being enforced in an area bounded by Sumter, Huger, Gervais and Elmwood streets. Kelly said officers would not hesitate to arrest those in violation, and those charged could face a $500 fine and/or up to a week in jail.

The ultimate form of protest is not rage & the destruction of life or property is the VOTE. Register & vote. If you don't vote you don't matter.

Agree with Kay...these are rioters and thugs who were looking for a reason to riot. Were probably going to loot and steal what they could if it got out of hand. Should be arrested!!!

These people would be called rioters, not vandals. Surely the fine for destroying property and attacking police and fireman is more than $500 or a week in jail.