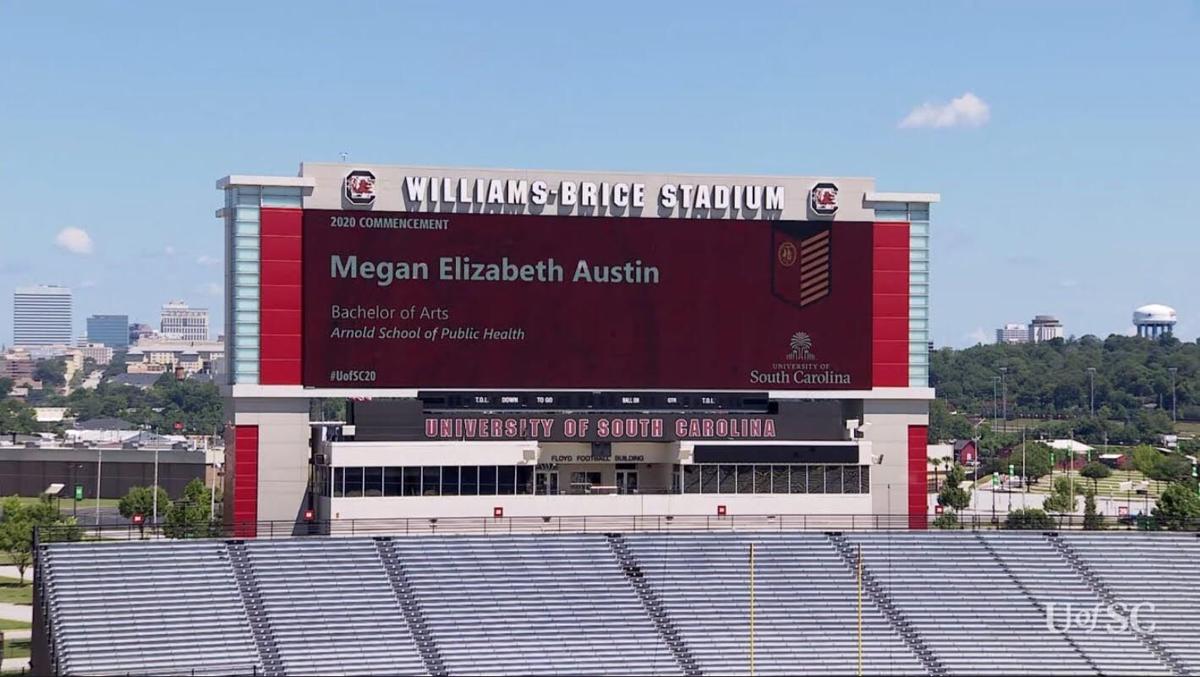 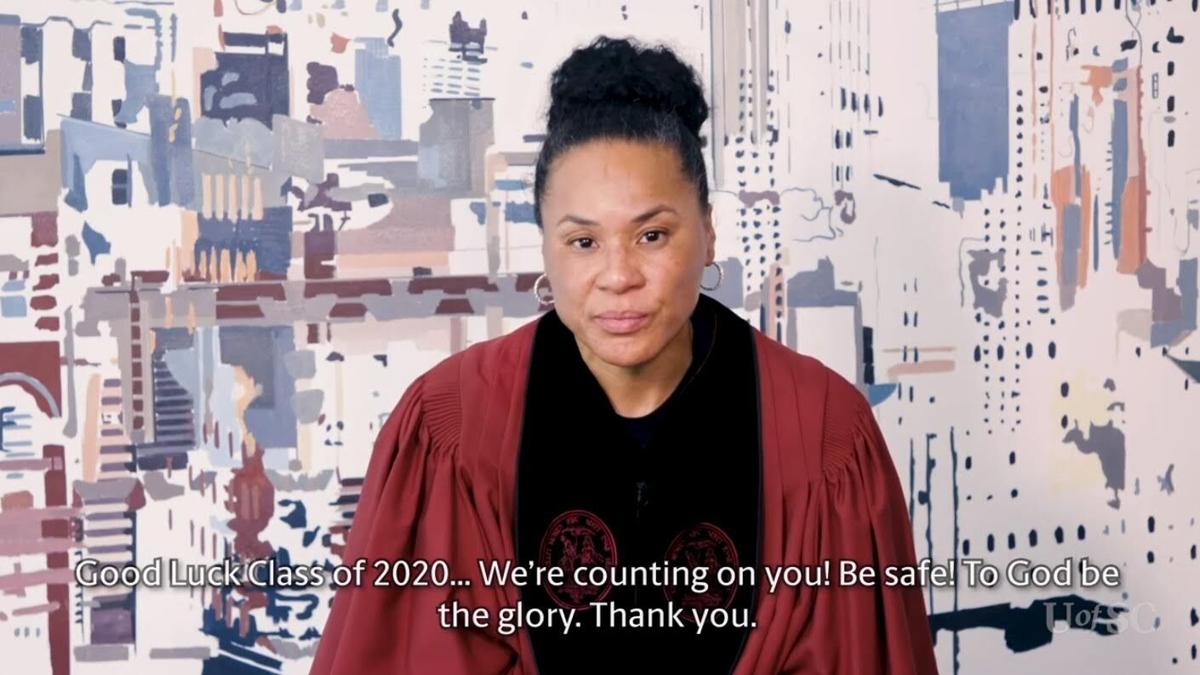 The University of South Carolina celebrated the Class of 2020 Saturday with a graduation ceremony unlike any in the more than 200 years of the school’s existence.

The first-ever virtual commencement was contained in a specially created website which launched Saturday at noon. Graduates and all others who wanted to watch were able to view each traditional part of the ceremony online, adjusted to the circumstances of this year of COVID-19.

It began with a video processional: Student Body President Issy Rushton carrying the university mace to signal the beginning of the ceremony. The national anthem followed, sung by School of Music graduate Rebecca Loar.

Staley spoke of the turmoil and disappointments of this year, from the fear of 2020 to the anger at the murder of George Floyd. She also offered hope for the future.

“Class of 2020, you are standing at history's door, and the only key that unlocks it is love,” she said. “Think critically about how you love, who you love, what you love, and determine if it's enough to open the door to a new and kinder world. You are a Gamecock. We are bold, courageous, and we fight until the end. We never say die.”

The tradition of every graduate being recognized by name continued, with a narrator reading the names as they appeared on a virtual image of the scoreboard at Williams-Brice Stadium.

UofSC will begin the new school year August 20, with students back on campus for in-person classes.