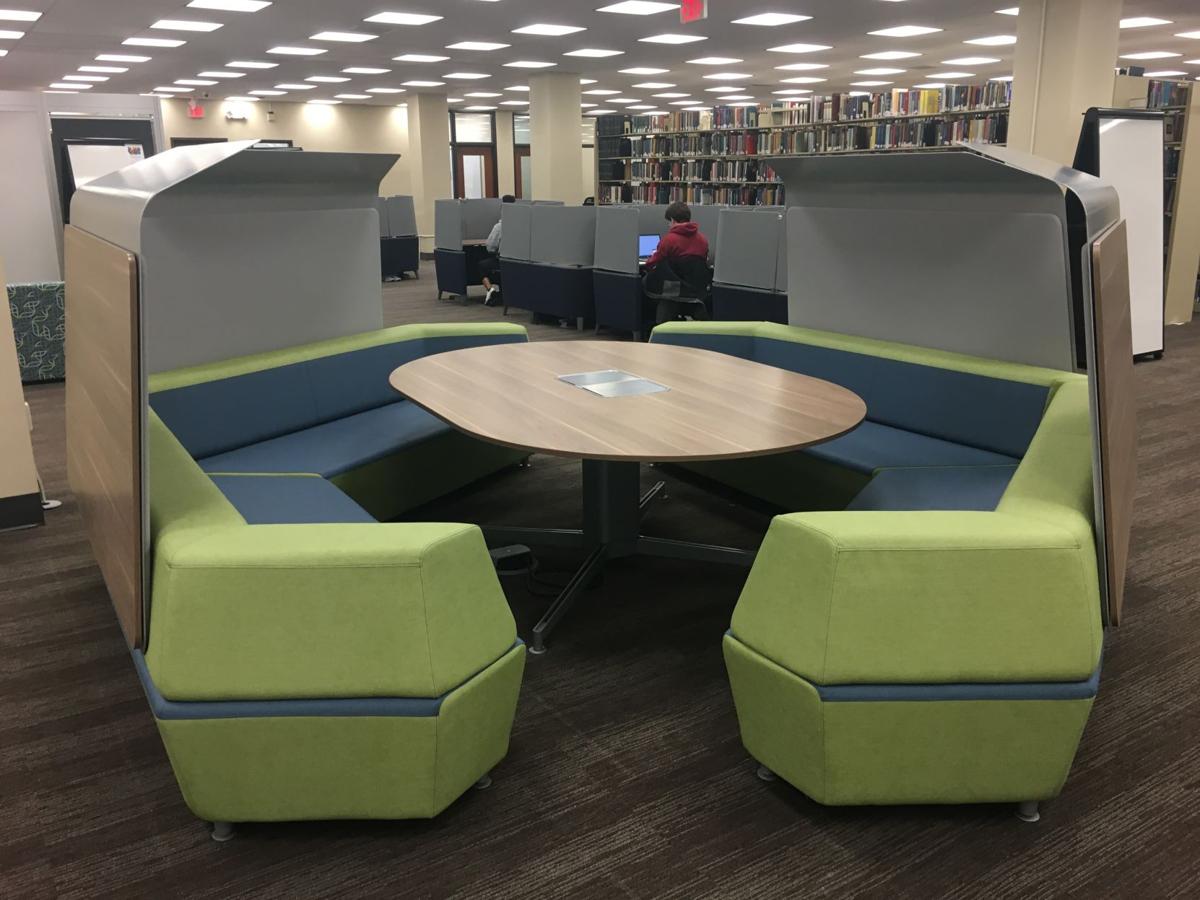 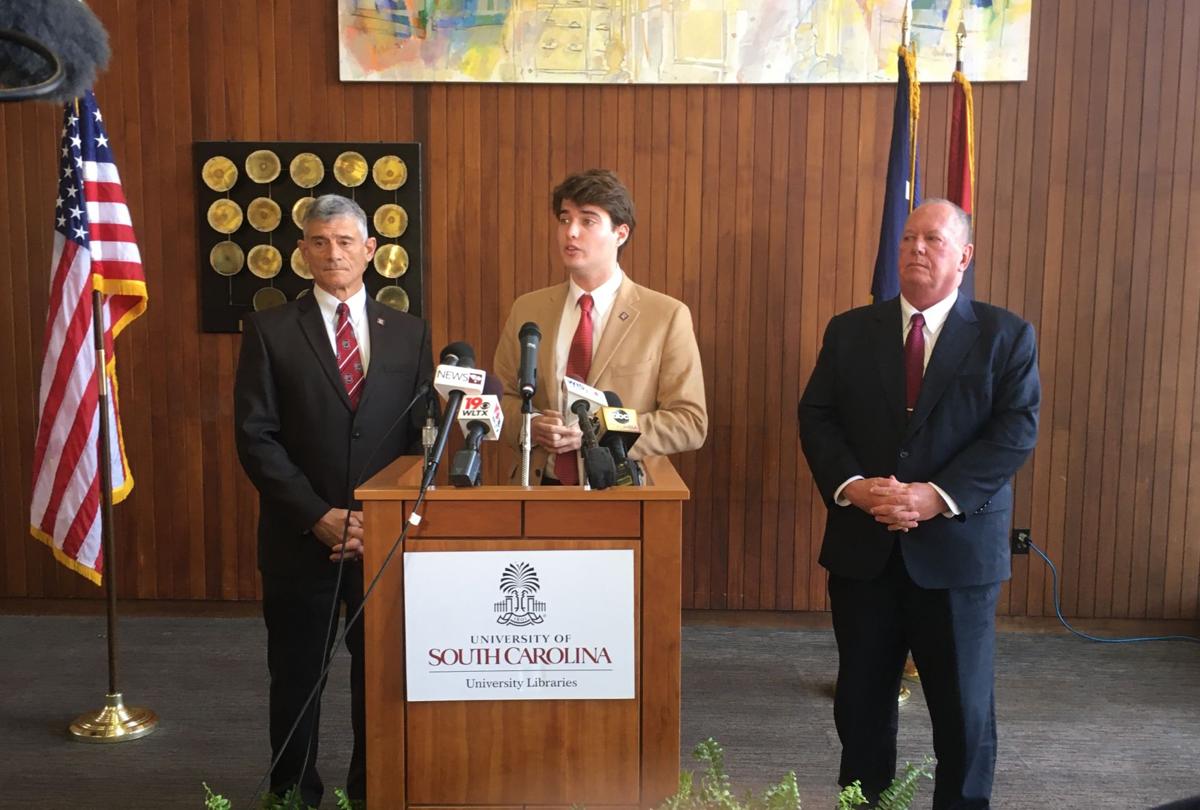 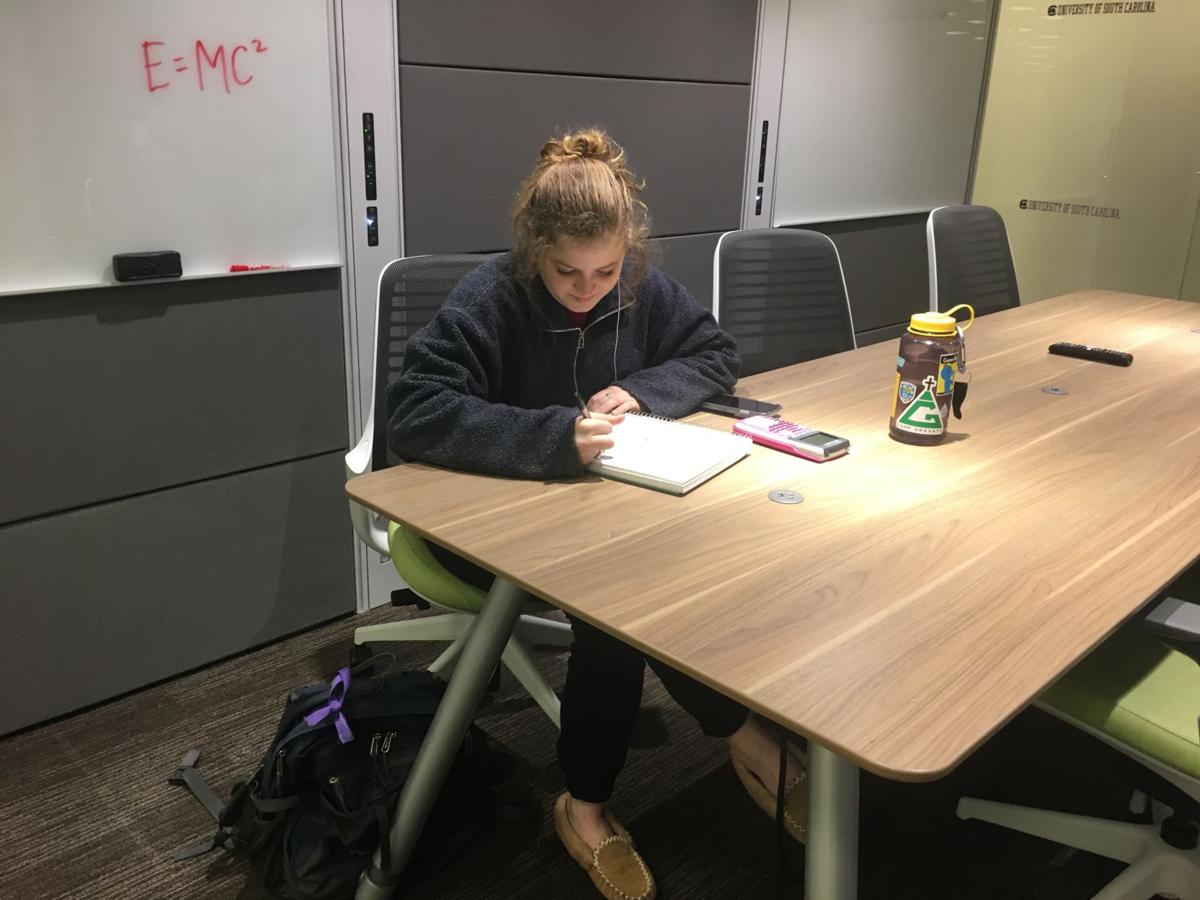 Senior Claire Walters studies for a test in a state-of-the-art 'technology pod' while awaiting a group of classmates on the fourth floor of UofSC's Thomas Cooper Library. 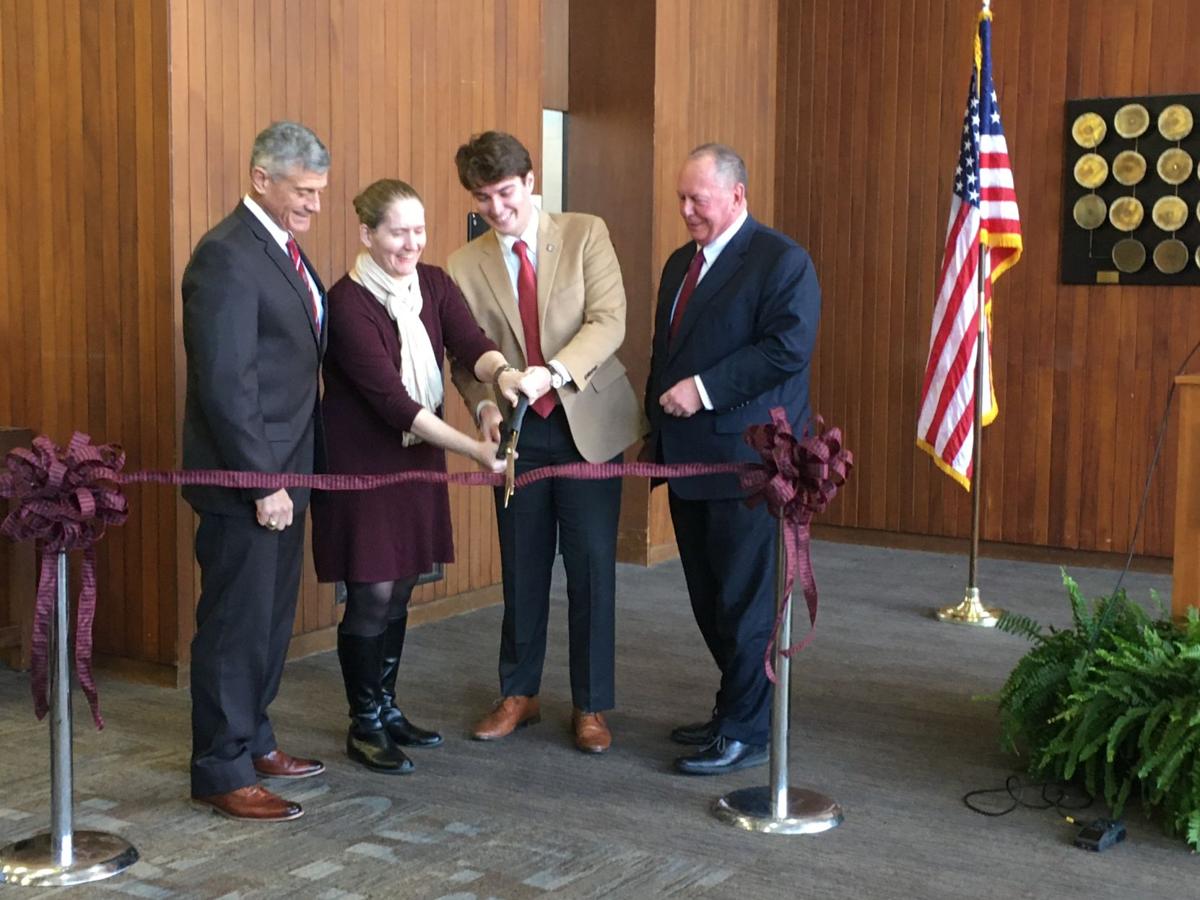 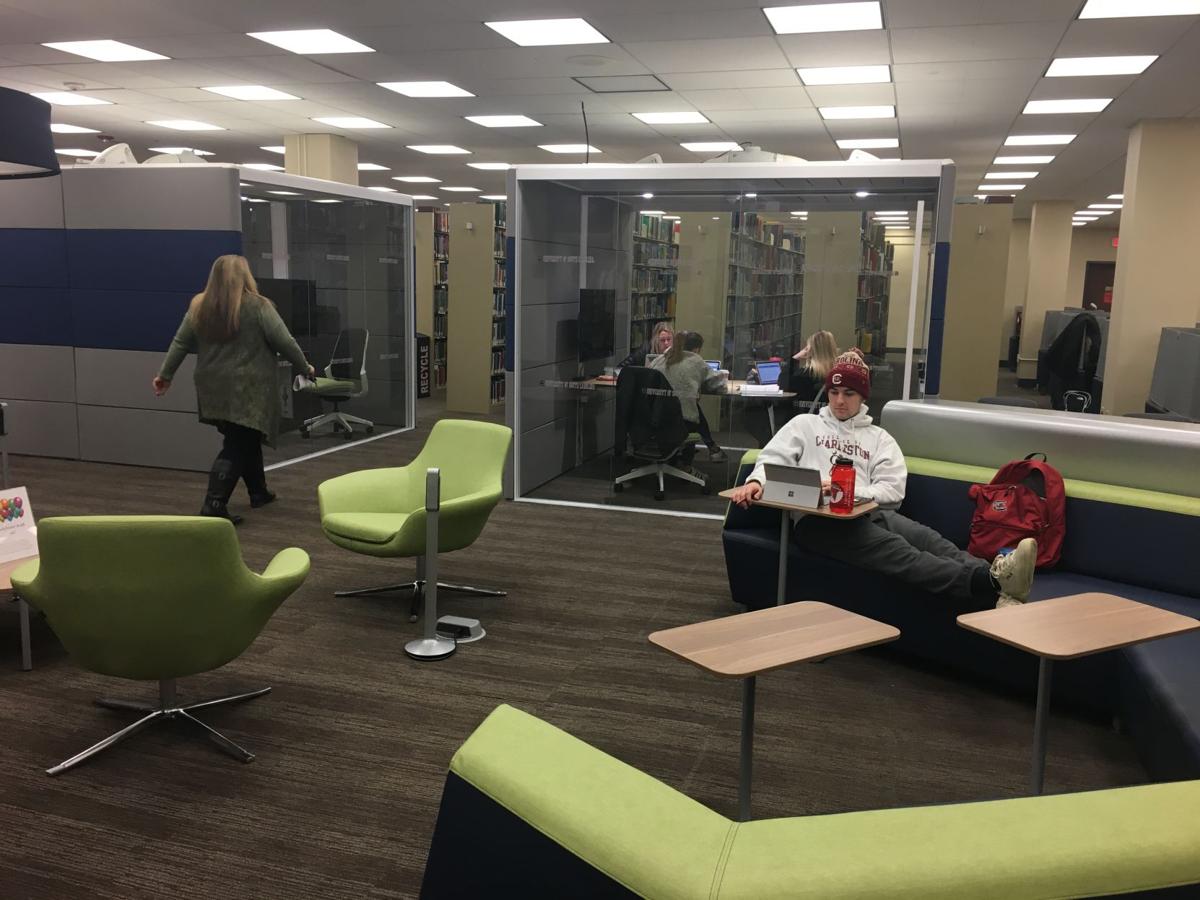 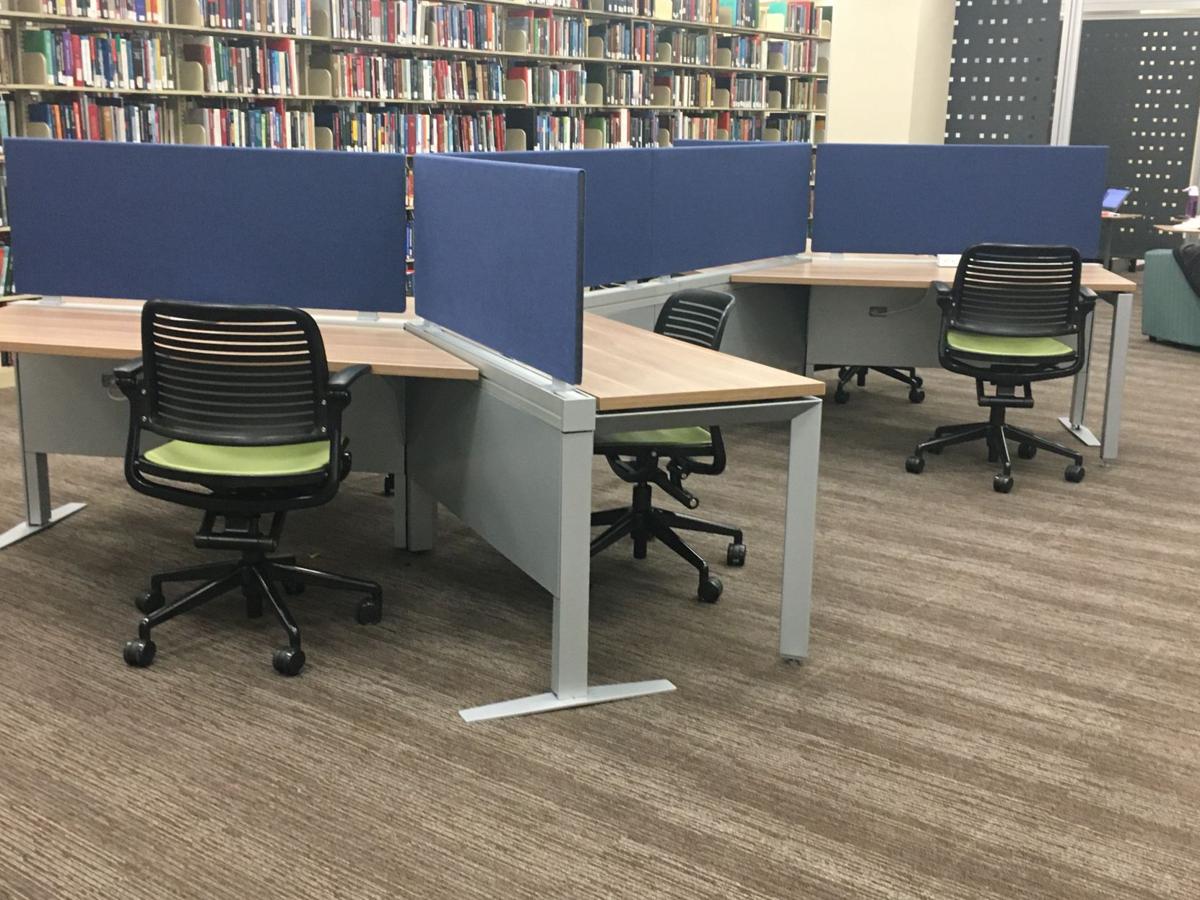 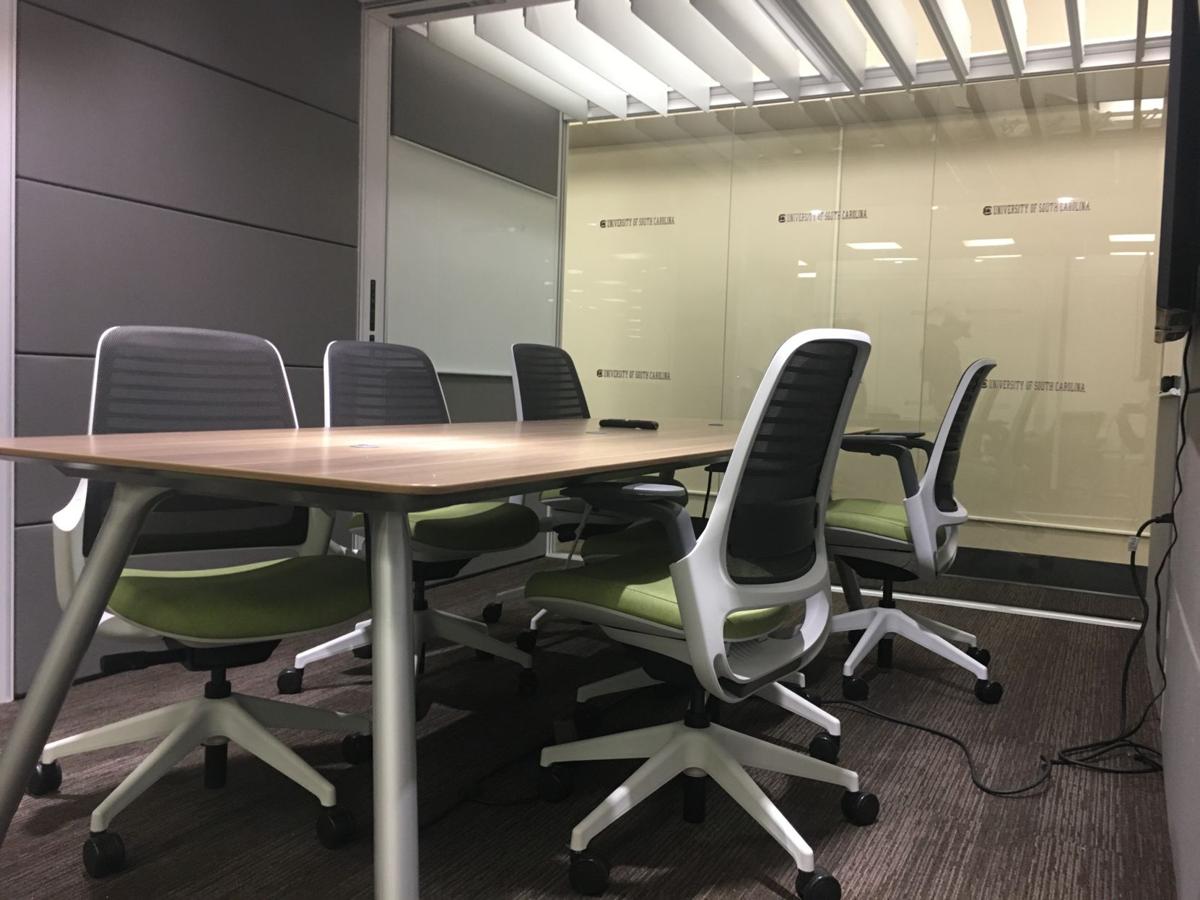 Senior Claire Walters studies for a test in a state-of-the-art 'technology pod' while awaiting a group of classmates on the fourth floor of UofSC's Thomas Cooper Library.

The University of South Carolina officially announced the completion of the "library of the future" with a ribbon-cutting ceremony Tuesday. The renovation project was completed on the fourth floor of the school's Thomas Cooper Library on Greene Street.

The ribbon cutting was followed by guided tours of the state-of-the-art project.

According to Caslen, the $750,000 project was provided by "initial funds" allocated before he was named president in July.

While the price tag wasn't small, McNally said costs weren't astronomical compared to other institutions, some of which have spent up to a hundred million dollars for similar projects.

"We can renovate this entire library for less than five million dollars," he added.

Rankin approached Caslen for financial support in August, who then agreed to move forward with the project if it could be completed before the beginning of spring semester classes.

The space is expected to provide an innovative study and collaborative workspace for students in an ever-changing learning environment for UofSC students.

"We are facing the pressures of an ever-increasing student population. So how do we deal with those pressures? You look at the fourth floor, and students need this space," Rankin said.

Rankin's sentiment was echoed by fellow Gamecock Claire Walters, a senior at UofSC who was studying on the newly renovated floor on Tuesday. "Private study rooms were hard to come by. We needed more group space in the library. This just makes it a little bit easier," she said.

The renovation increases the floor's overall seating capacity by 100 seats, which includes new furniture, workspaces, and technological capabilities. Rankin and student government representatives were responsible for identifying and selecting 100 pieces of furniture, floor layouts, and the color and category of fabrics.

The floor plan includes living room-style seating, ranging from couches to bar-height chairs for students to occupy while studying.

One highlight of the library of the future is the "technology pods" - stand-alone private study rooms on an open-spaced floor defined by their glass walls, temperature-controlled climate, and large television screens which can connect to cellphones, tablets, and laptops.

The pods are sound-proof, and with the simple click of a button, students can decide whether or not they want the pod to be open or closed.

The changes were implemented after multiple surveys were made available to students for feedback. "We simply responded to what (the students) wanted," McNally said.

The renovation of the fourth floor is just the beginning of a larger transformation for the Thomas Cooper Library. Rankin said the university hopes to renovate other floors as well to provide the best possible student experience.

"We hope to see the full library in this shape, to be completely renovated and reimagined in the way that it was," Rankin said.

McNally expressed confidence in UofSC's newly-announced renovation. "We're ahead of many universities in how their libraries are changing in support of student learning.

"There's no other library in the state that has this type of arrangement," he added.

Miranda Bennett, the library's associate dean for collections, led the library's team during the procurement process. More than 100,000 books were moved out of the library to make space for renovations, she said.

"A big piece of it was, well, it looks like we still have a lot of books here," she said.

Books and shelving that occupied the floor were moved to an off-site, climate-controlled warehouse. Also, moving in new furniture and the construction of the study rooms couldn't take place until the conclusion of the fall semester.

"Nothing happened until the students were gone. We had to lay out an incredibly complicated plan," McNally said.