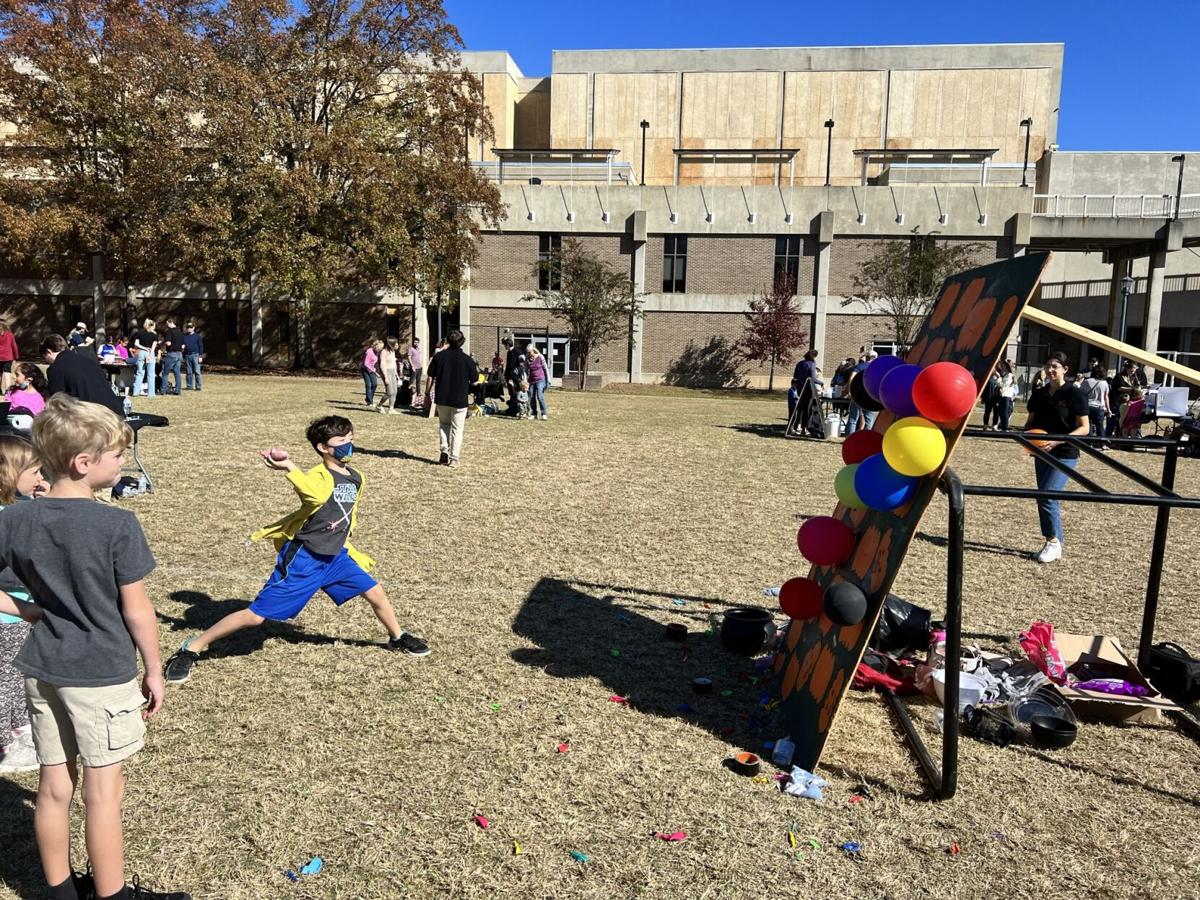 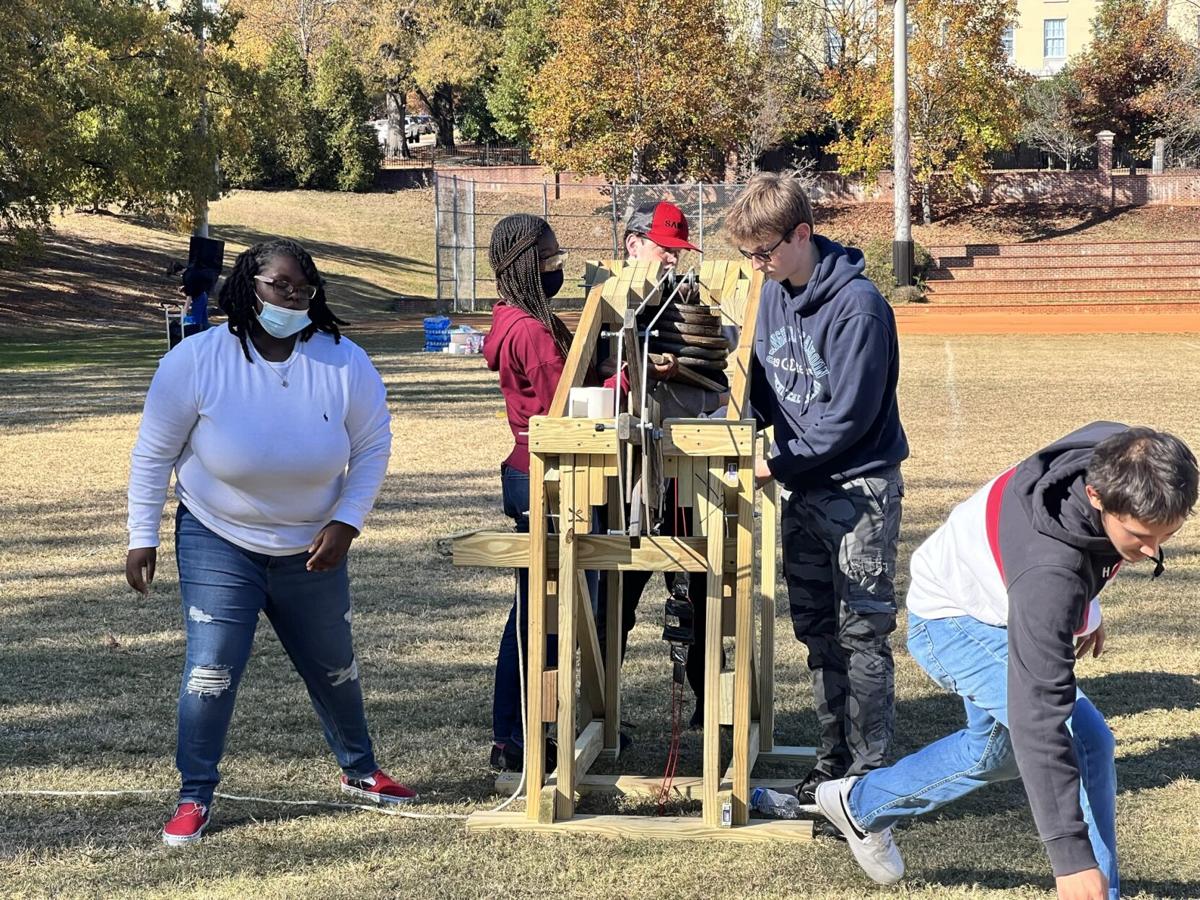 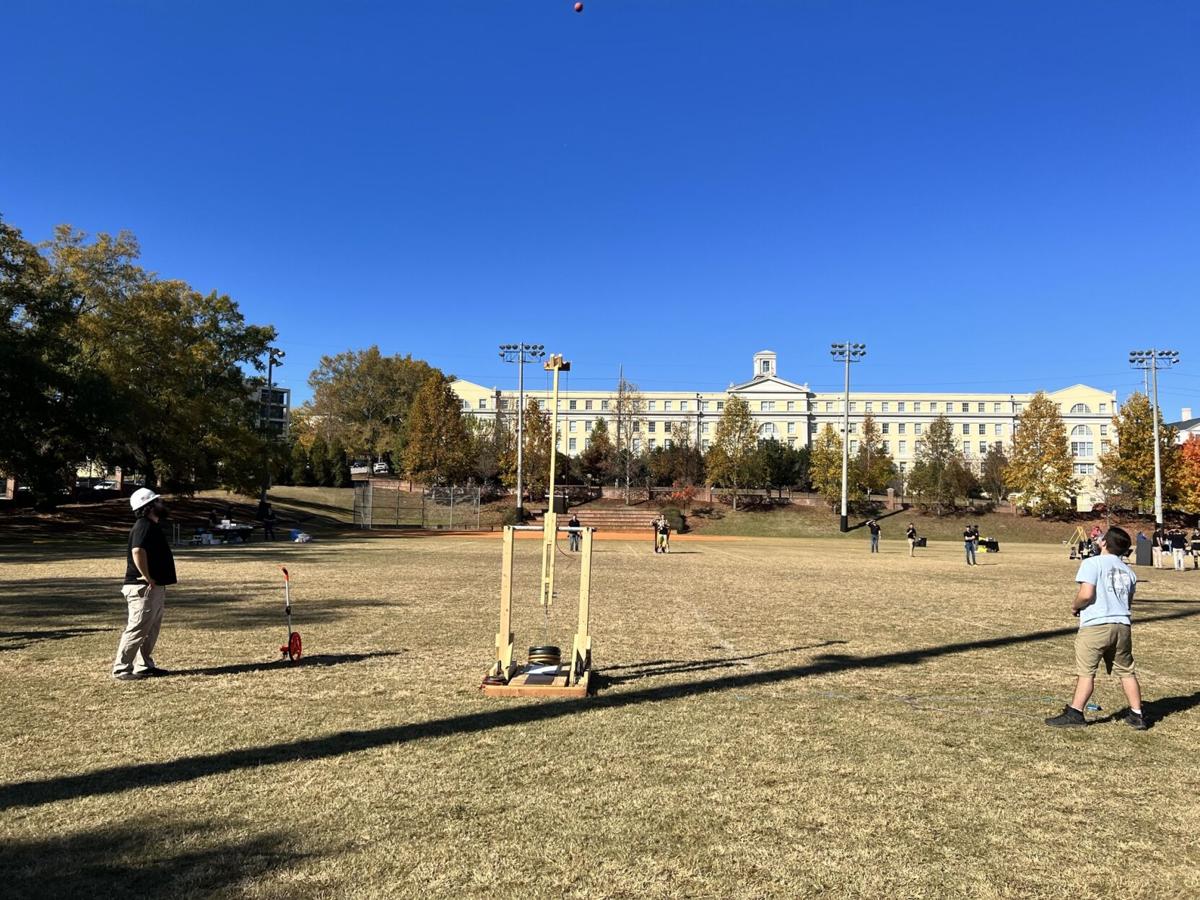 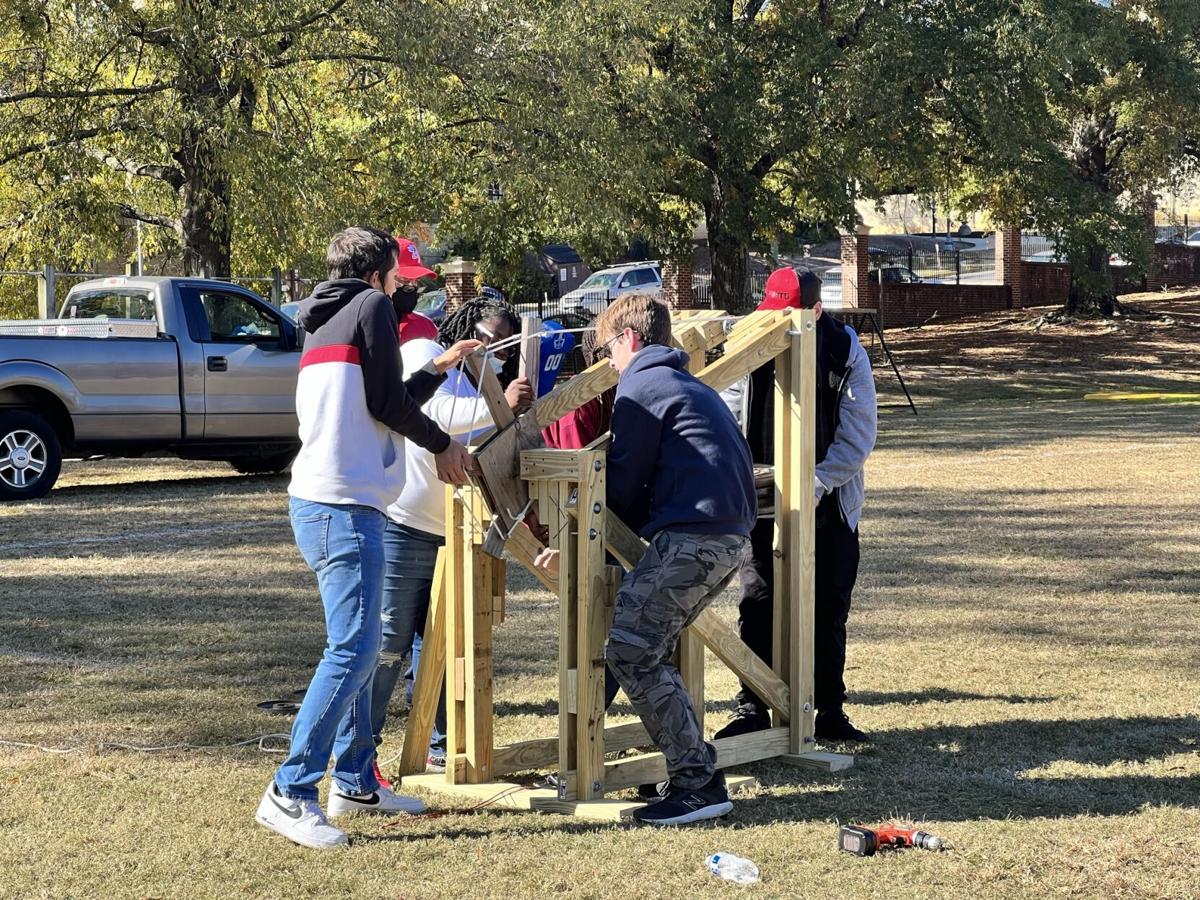 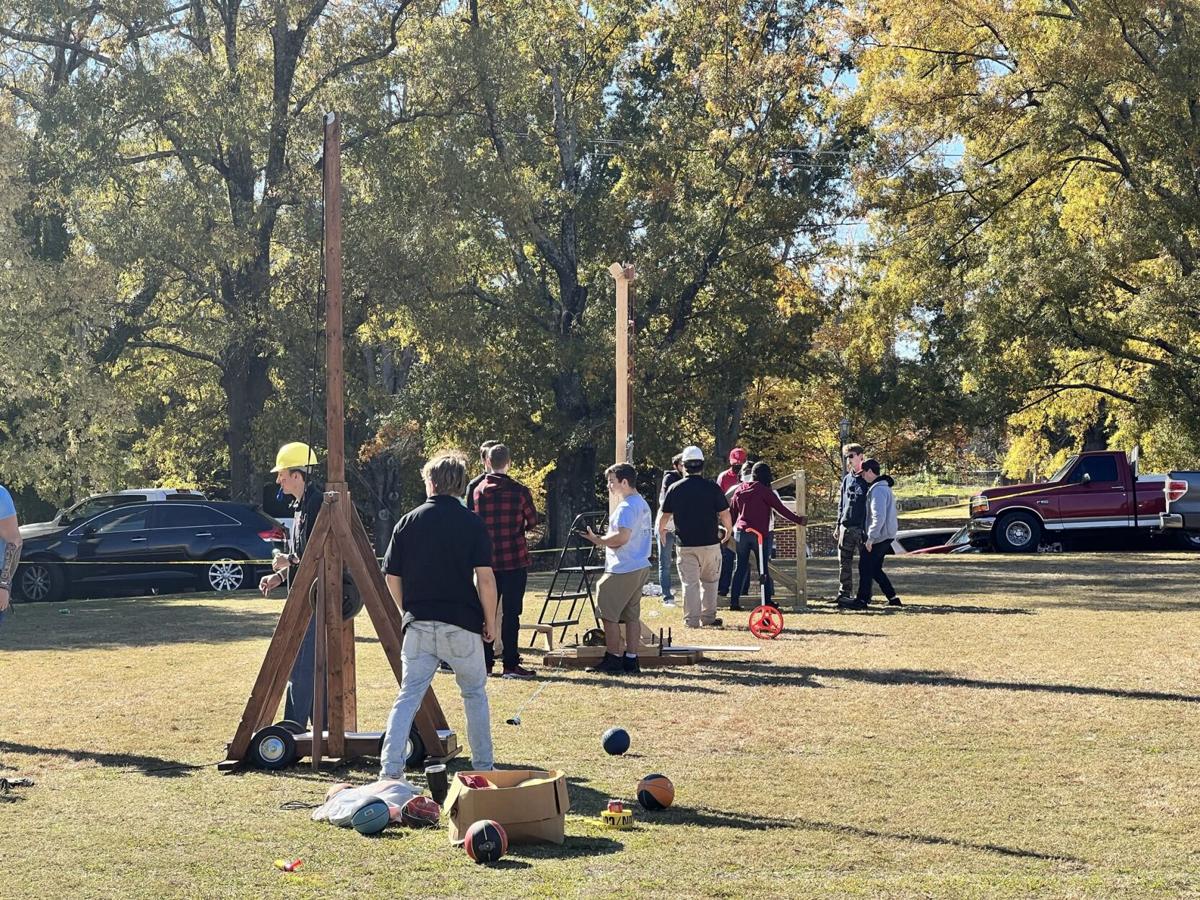 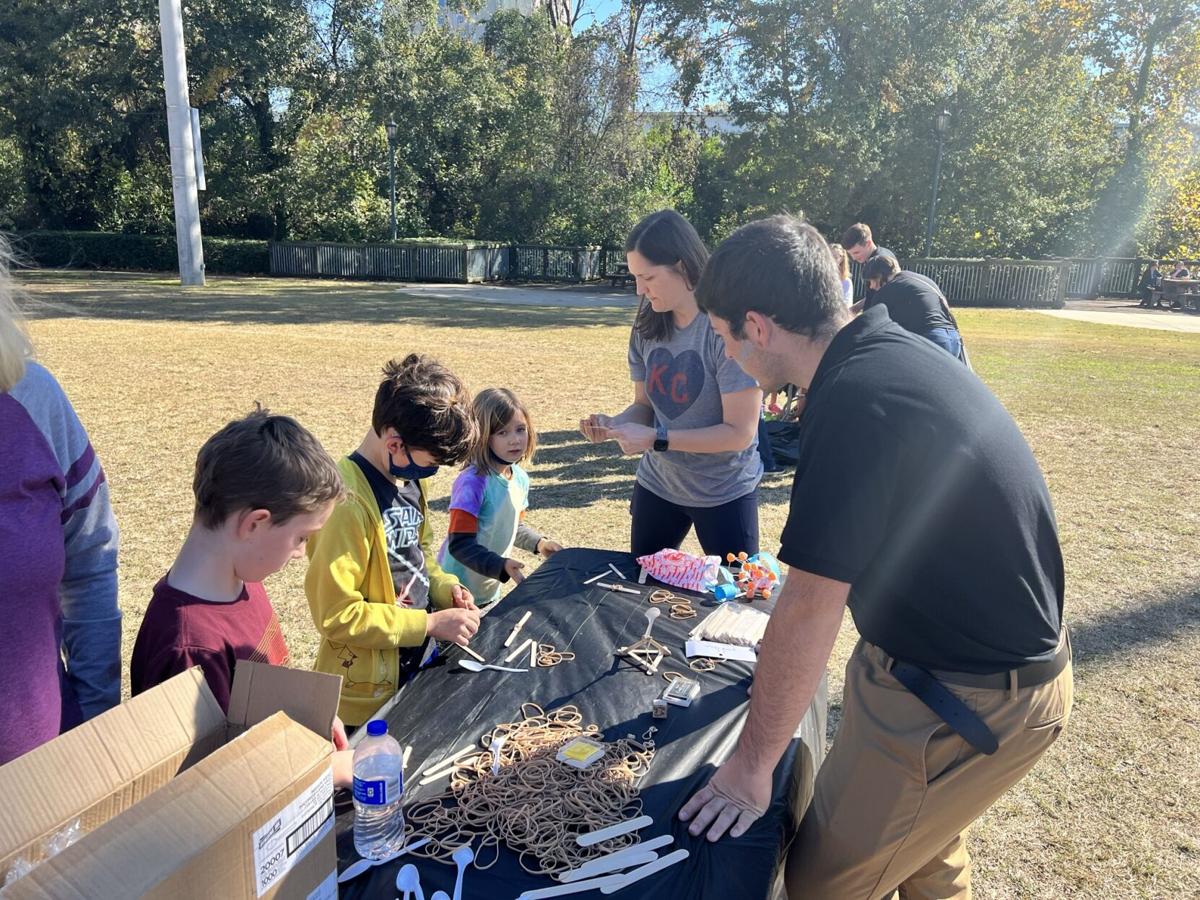 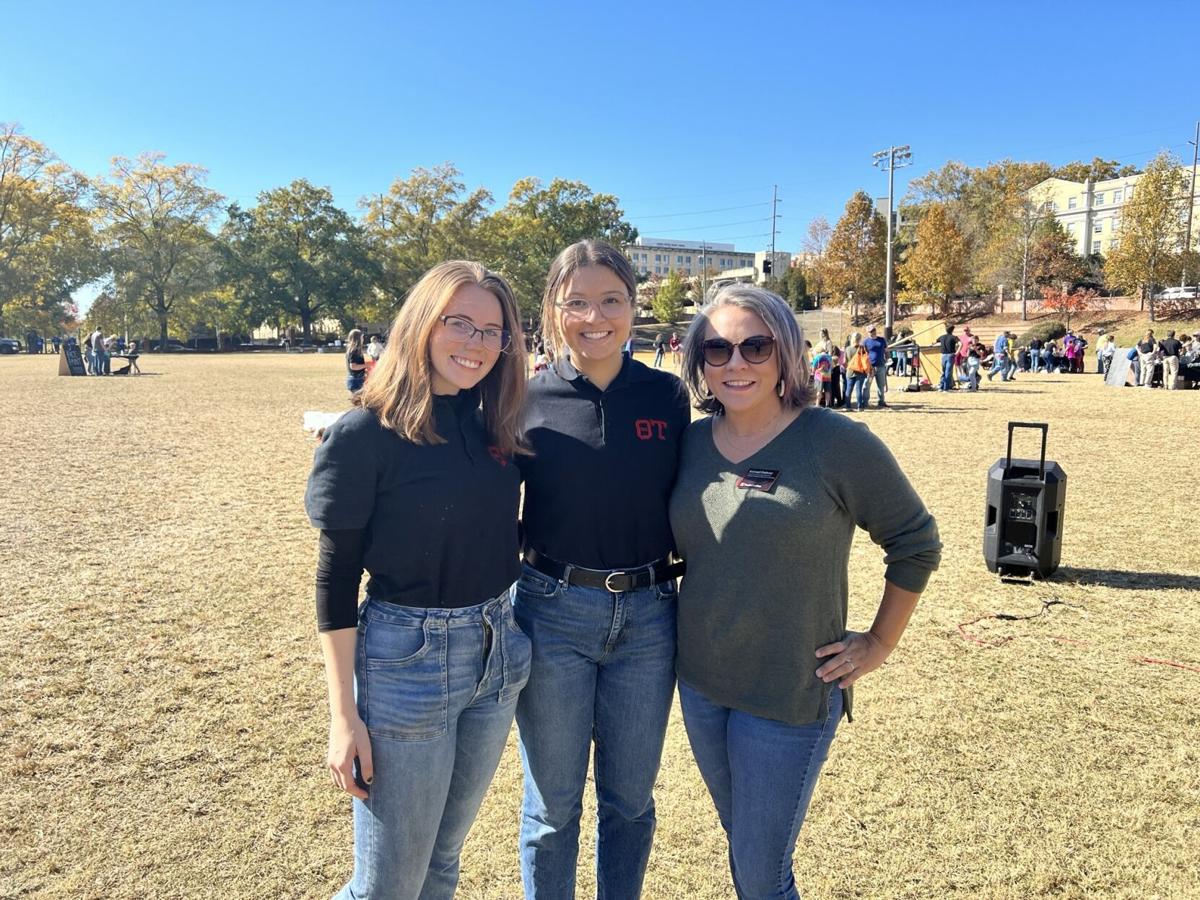 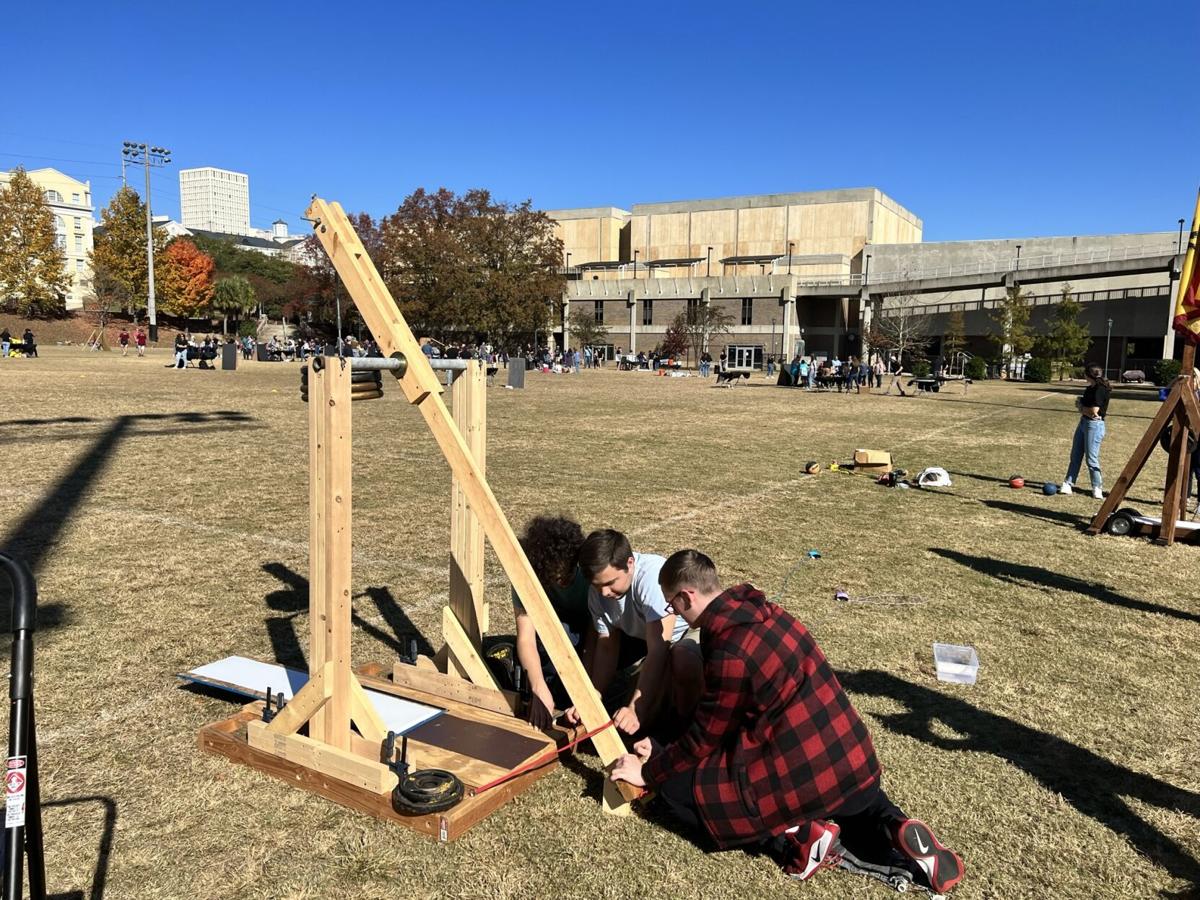 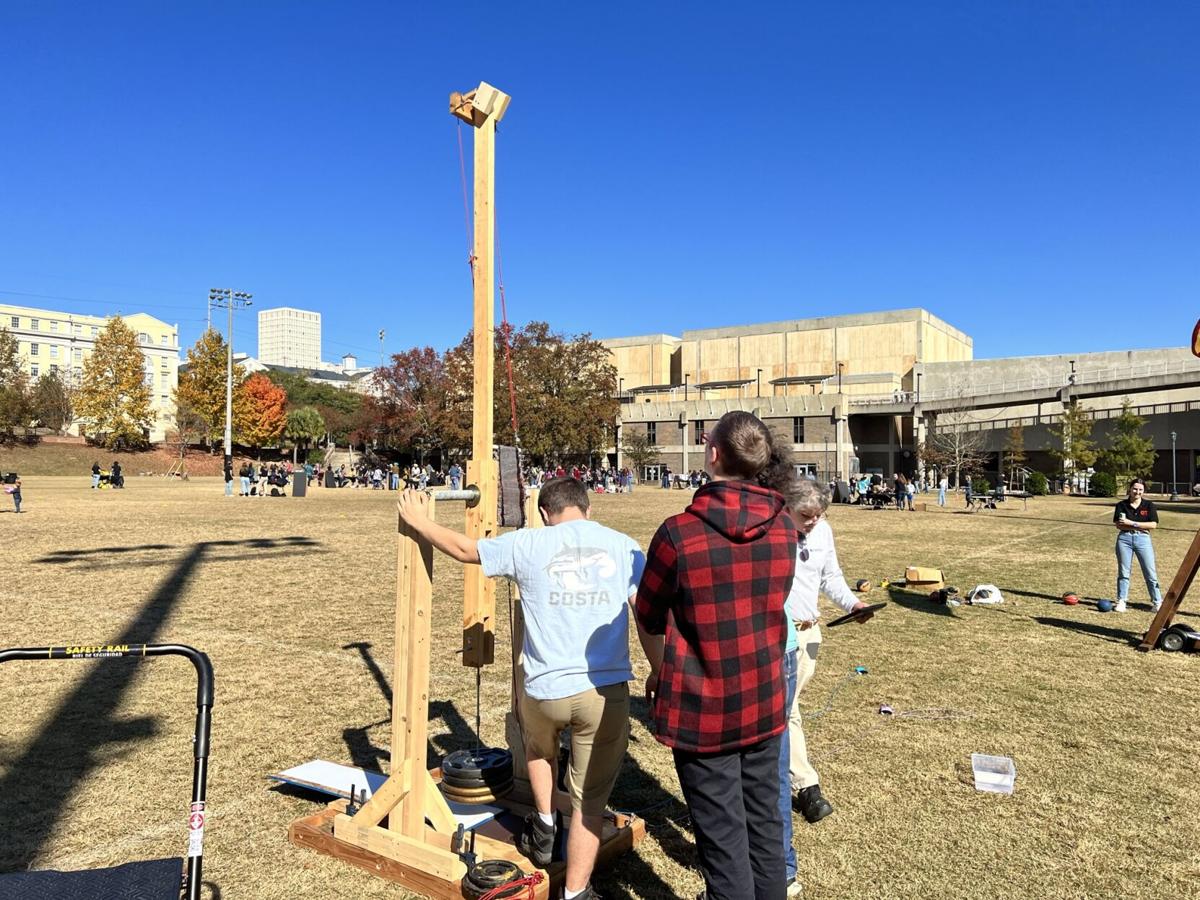 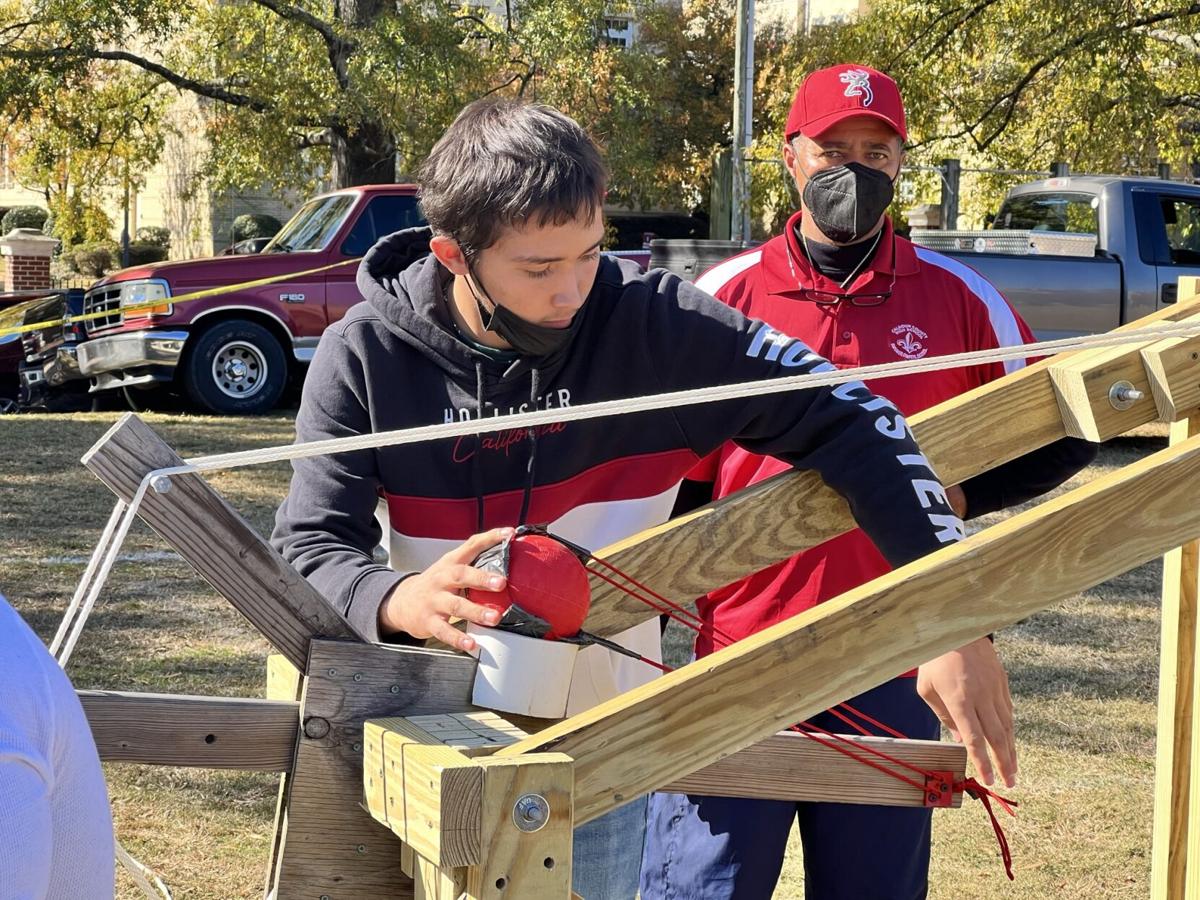 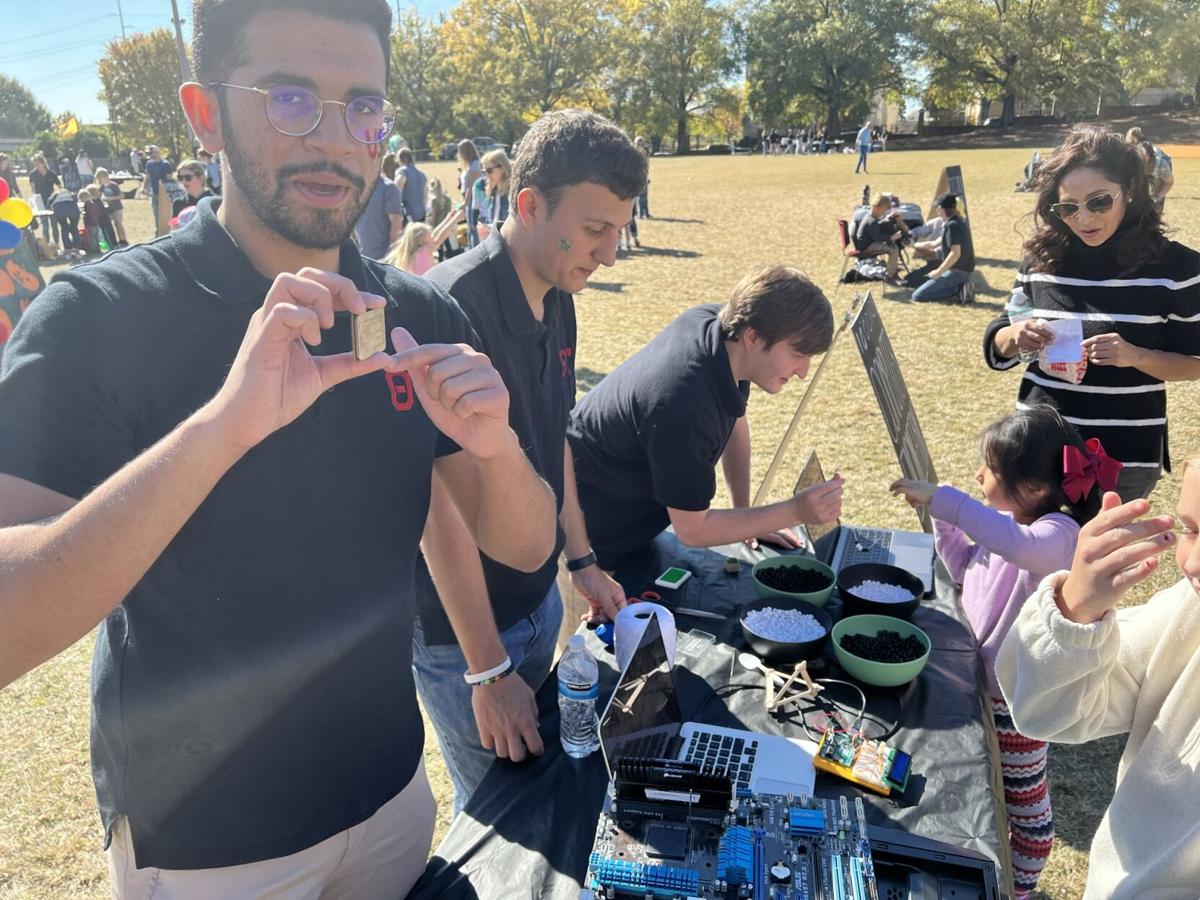 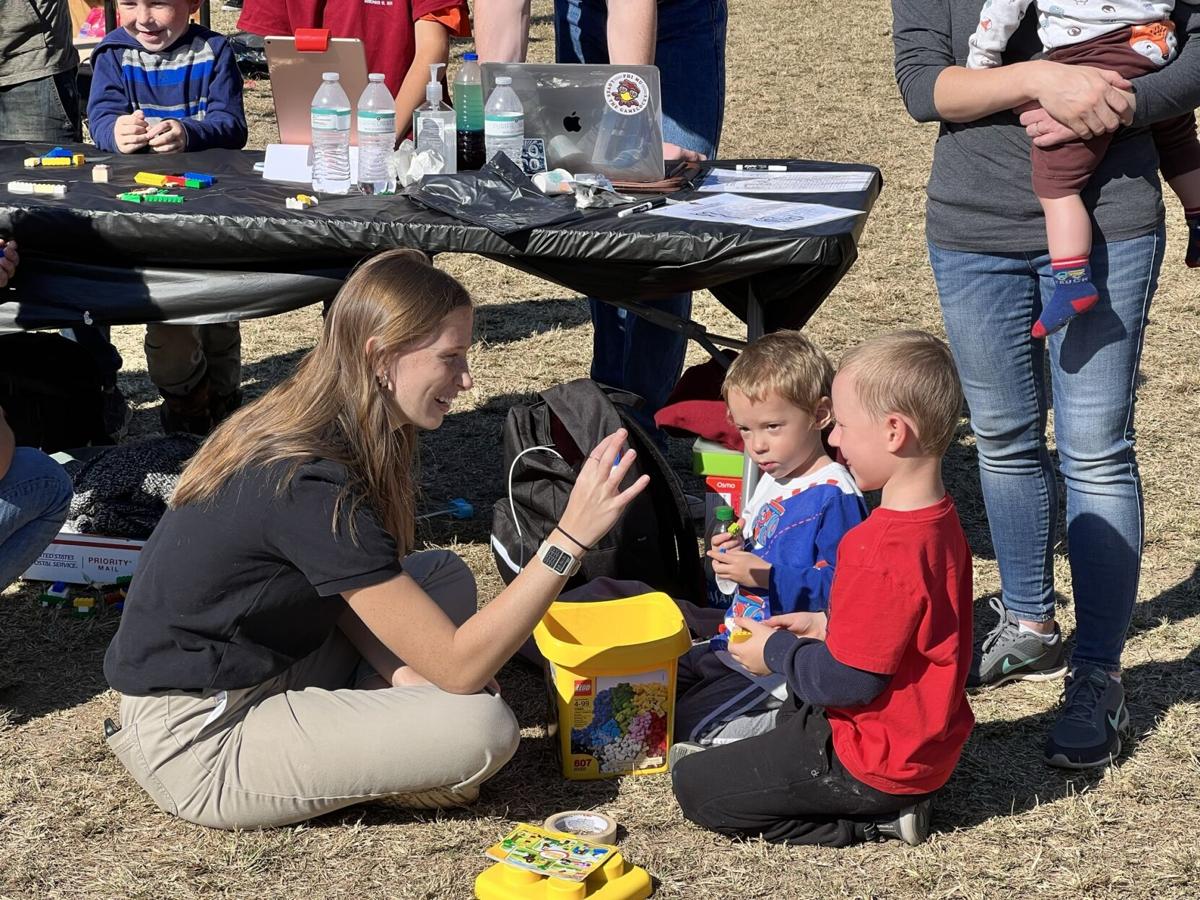 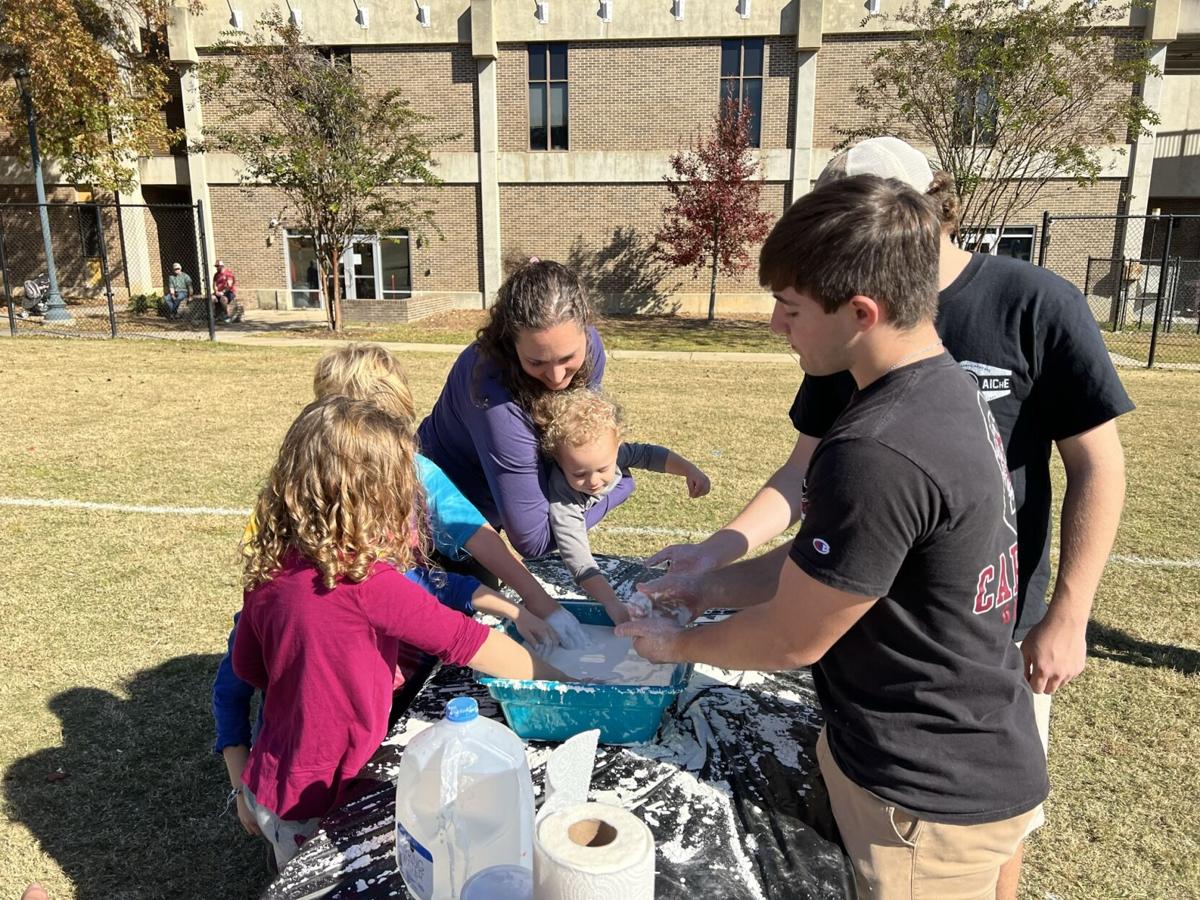 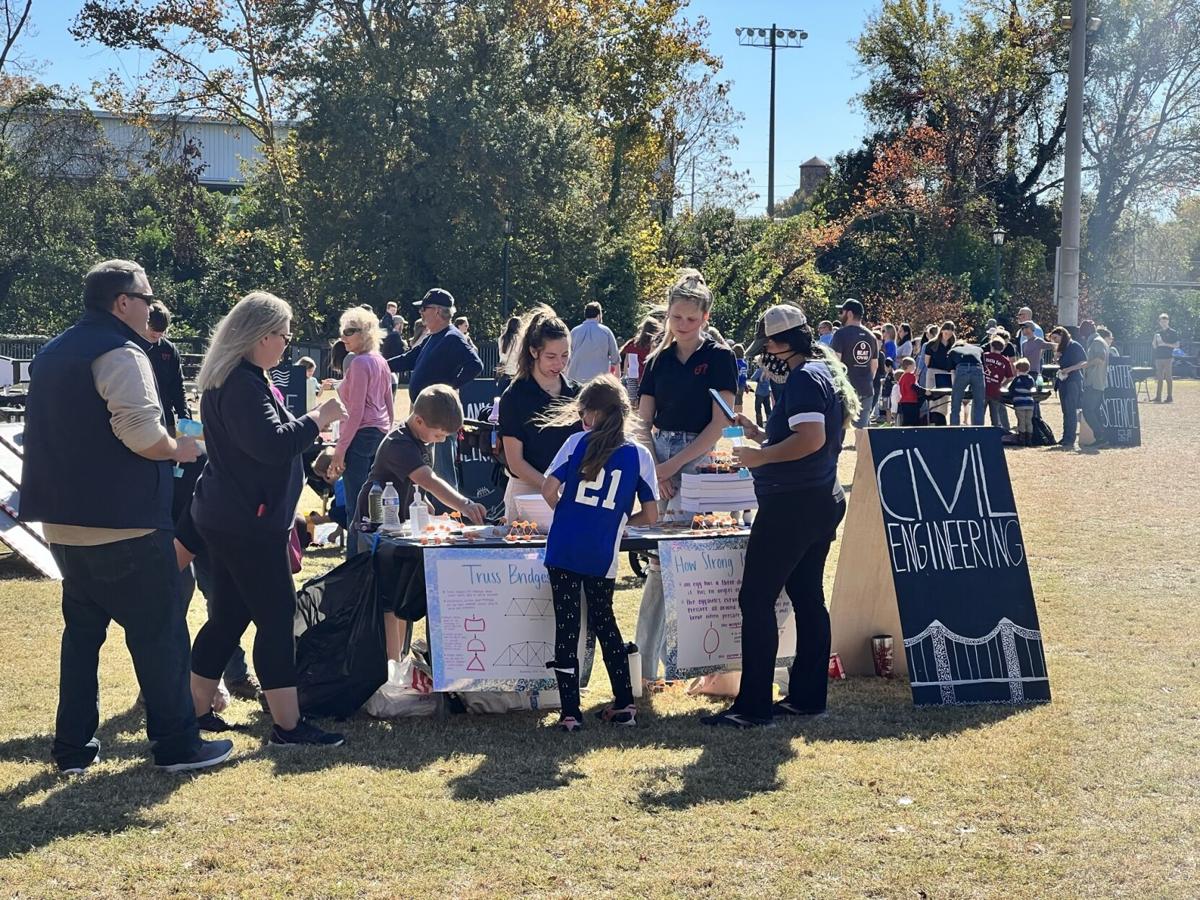 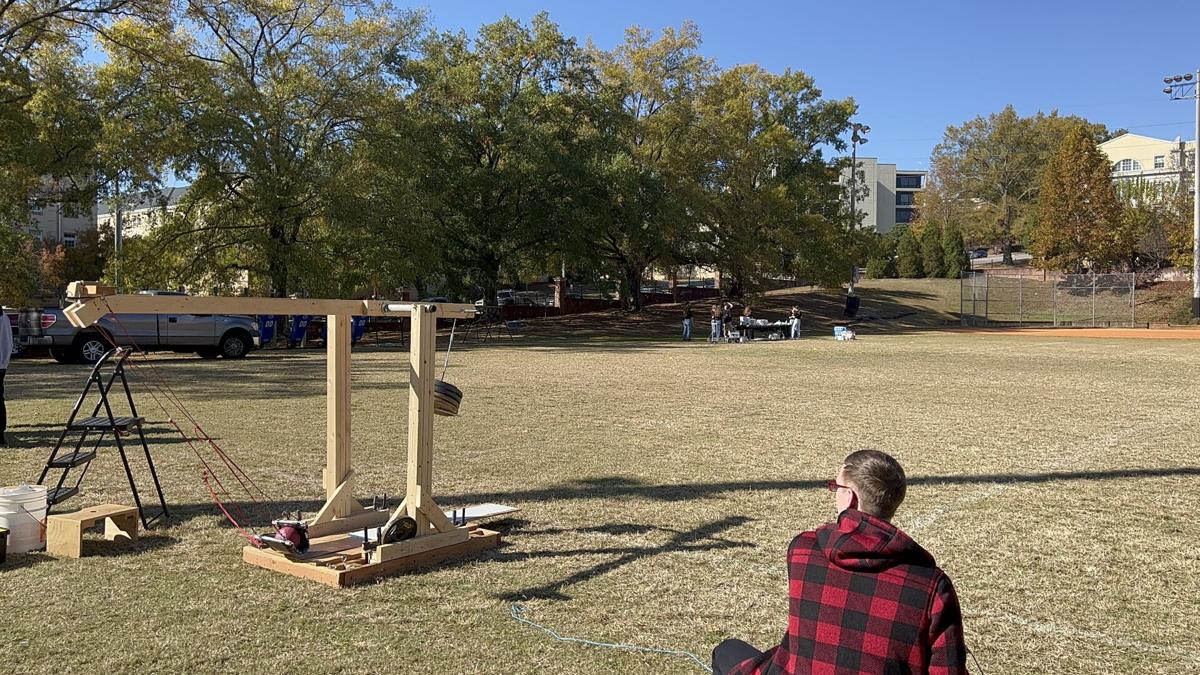 Hundreds of people, mostly kids, came to the University of South Carolina’s Blatt Field to learn about science, technology, engineering and math on Saturday, thanks to hosts who found ways to make learning fun.

The university’s annual Fall into Science Festival and Pumpkin Chunkin’ Competition featured all sorts of hands-on fun, as visitors made their own lava lamps and miniature catapults and learned about wind tunnels, bridge building and much, much more.

The UofSC College of Engineering and Computing and the Theta Tau Engineering Fraternity (a co-ed student organization organized and hosted the festival. Several dozen students led by Melanie Pachter and Lauren Juncal began working in July to prepare for the big day.

“The main goal is to get kids interested in and excited about STEM,” Juncal said.

While the festival offered many experiments and activities for all ages, the Pumpkin Chunkin’ Competition pitted teams from several local high schools. Each group designed and built their own trebuchets, and competed to launch objects the farthest and with the most accuracy.

“We try to represent every discipline to help the kids connect and relate to what their interests might be,” said Krystal DuBose,director of Precollege Education in the College of Engineering and Computing. “A bridge is very different from an airplane. Showing them the possibilities is really what it's about.”

More information on the UofSC College of Engineering and Computing is available at sc.edu.