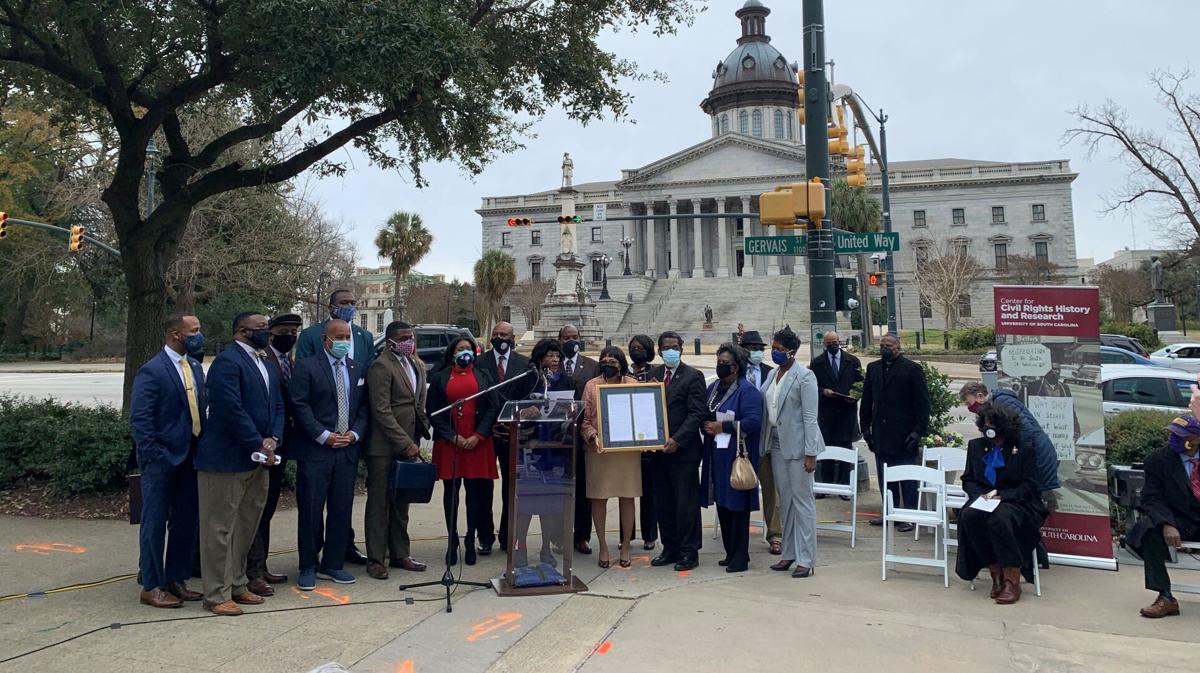 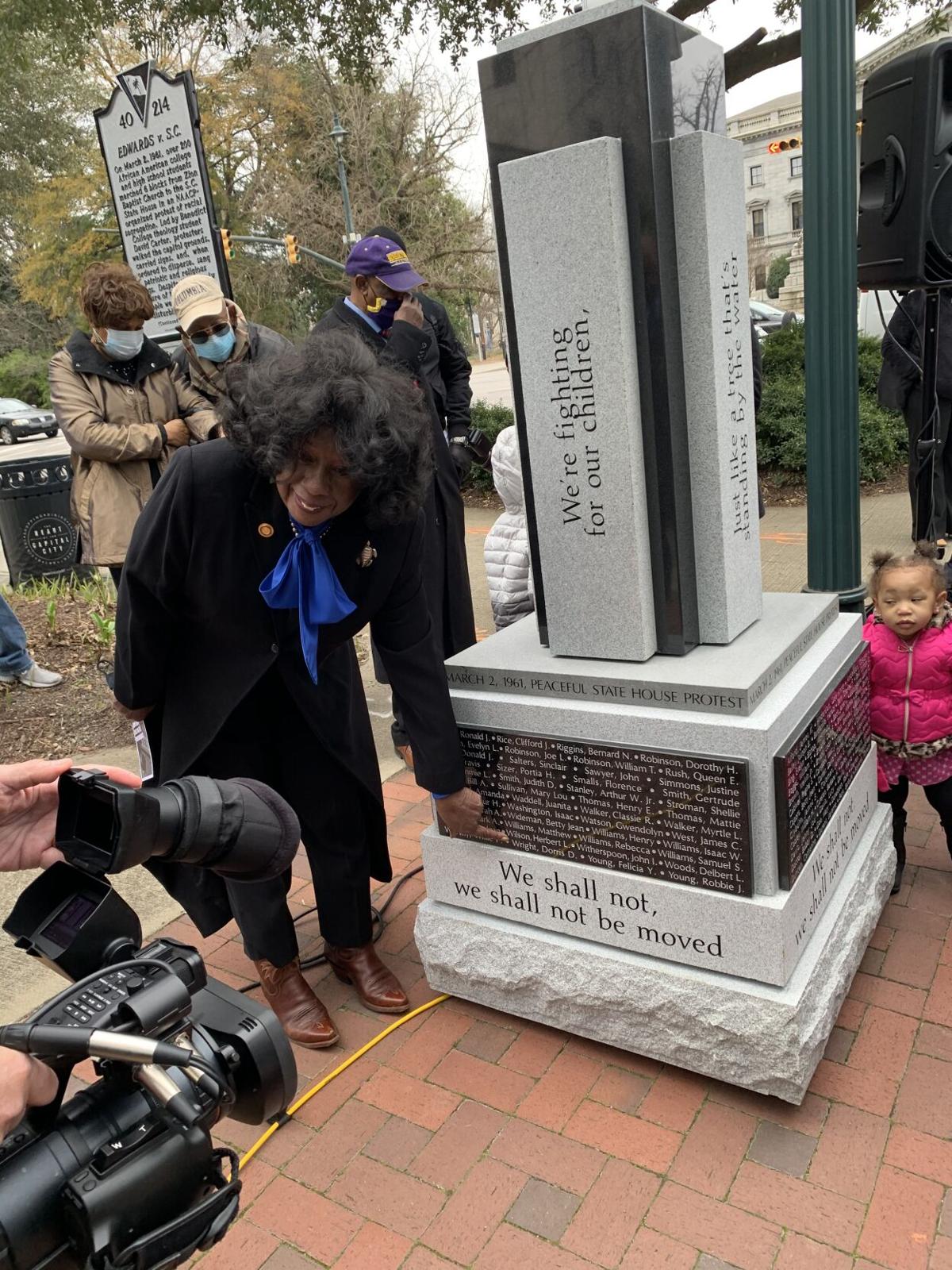 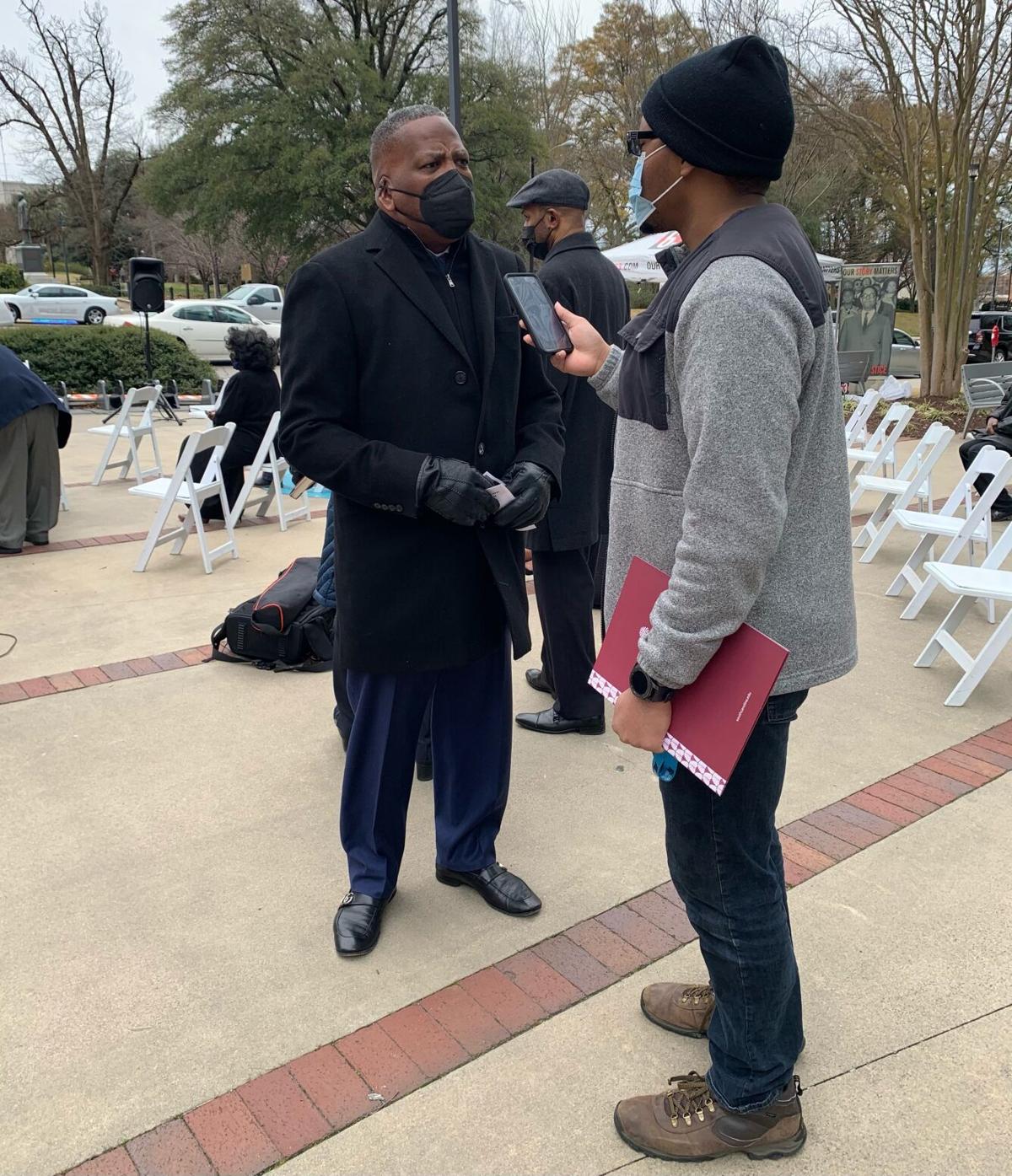 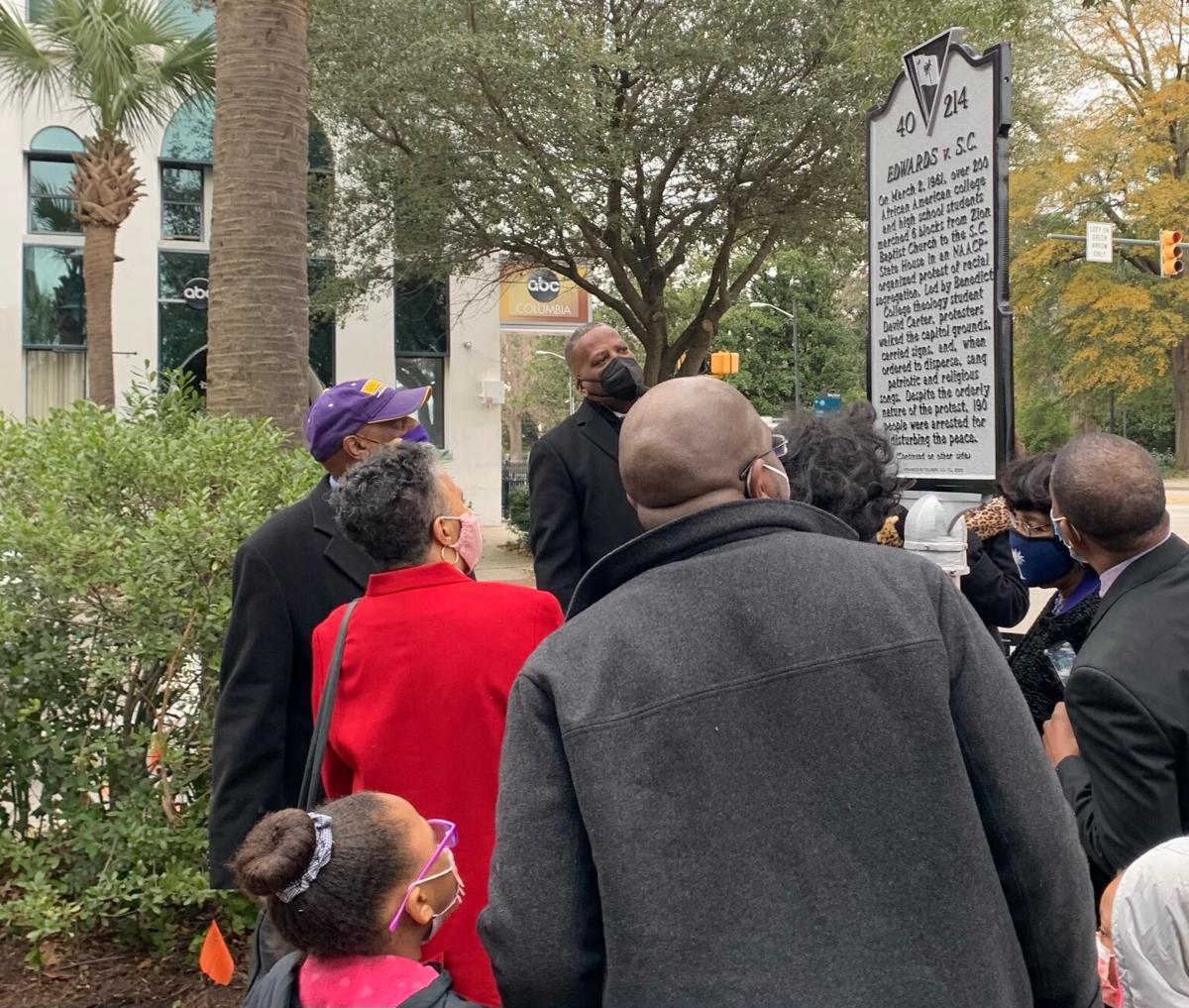 South Carolina students marched to the State House protesting racial inequality on March 2, 1961. They marched peacefully, singing patriotic songs and advocating against segregation. There were 187 protesters unjustly arrested for “disturbing the peace.”

The Center for Civil Rights History and Research at the University of South Carolina unveiled a new historical marker and granite monument Tuesday morning at the corner of Gervais and Main streets commemorating the 1961 State House March - just one day shy of the protest's 60-year anniversary.

DeeDee Wright, who attended the commemorative ceremony and was a participant in the march, still remembers the day, 60 years later, as “scary.”

“I was young, energetic and fighting for equal rights under law,” Wright said. “I was put into solitary confinement and we were fed grits, white bread and what appeared to be dog food. It was a realization that you couldn’t walk to the capitol without being accused of disturbing the peace.”

James Edwards was one of the students arrested that appealed their convictions. Two years after the protest, he was the lead plaintiff in the U.S. Supreme Court case, Edwards v. South Carolina.

The court ruled the arrests had violated the protesters’ First Amendment rights, setting a legal precedent protecting the rights of protesters. The ruling stated that states “may not make criminal the peaceful expression of unpopular views.”

At the commemorative ceremony, Edwards looked down Main Street, recounting the event. “I see us marching down the street over there, marching down to the capitol,” he said. “We’ve still got a long way to go.”

Wright echoed his hope for more progress. “You can change people’s thinking, but you can’t change their hearts,” she said. “African Americans are human — we breathe, we bleed — and [I want] people to realize that we are entitled to the rights of this country.”

When asked what the commemoration meant to her, Wright said, "It’s a validation that hearts really do change. There is an old African proverb called “harambee,” a coming together. I think that’s what this moment is.”

Mayor Steve Benjamin, who spoke at the commemoration ceremony, said the 1961 student protesters paved the way for his career.

“These are men and women who committed themselves at a very young age to making it even possible that I might, 50 years later, decide I wanted to serve the city that I love,” said Benjamin.

“Monuments are not meant to deify mortals, but indeed they’re meant to recognize significant positive moments in our history,” Benjamin said. “It’s important to seek to diversify monuments and to tell stories that strengthen the fabric of a community — and that’s what we’re doing here today.”

However, Benjamin said there is still a lot more to do. “This is a growing movement that will stand in sharp contrast to the monuments on the State House grounds,” he said.

Edwards said that if he had to give advice to students now, it would be to “get out and stand up for what’s right. Get in the fight and do it in a spiritual way, no violence.”