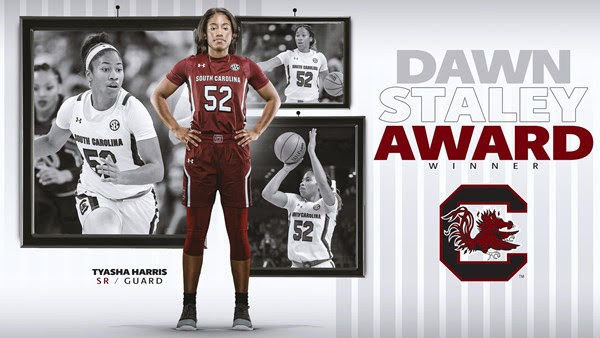 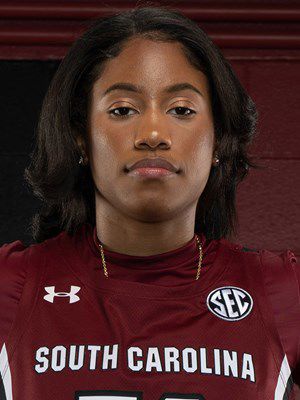 This is the eighth season a player was recognized for exemplifying skills that Staley possessed throughout her career. Skills and qualities include ball handling, scoring, ability to distribute the basketball, and the will to win.

"This year it is a particular honor to have The Dawn Staley award go to a player I have had the immense privilege to coach over the last four years," said USC women's basketball coach, Dawn Staley.

She said that Ty Harris is a special guard, a special player, a special person. Harris won a National Championship as a freshman and spent the next two years working harder than any player in the country, honing her talents and quietly building one of the great careers in South Carolina history, according to Staley.

Harris remains on the watch lists for the Wade Trophy, Wooden Award, Naismith Trophy and the Nancy Lieberman Award. Earlier this week she earned AP Third-Team All-American status and was a First-Team All-SEC selection this season.

Individually, Harris is a three-time all-SEC and two-time WCBA honorable mention All-American. She is the first the Gamecock to record 700 assists, finishing with 705 to rank 10th all-time in the SEC.

The 2020 ceremony for the Dawn Staley Award, scheduled for Apr. 9 at the Union League of Philadelphia has been cancelled in response to the COVID-19 pandemic. South Carolina will hold a ceremony at a later date to recognize Harris for her accomplishments.