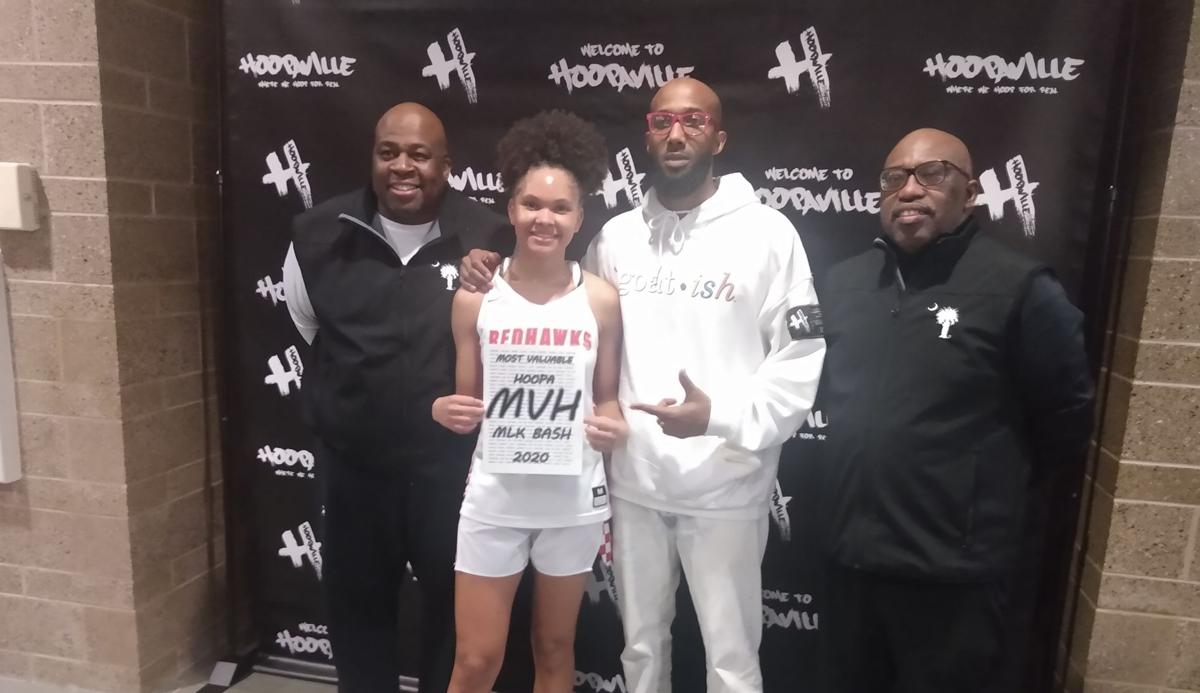 Ja'Mari Frederick of Westwood was named Player of the Game. 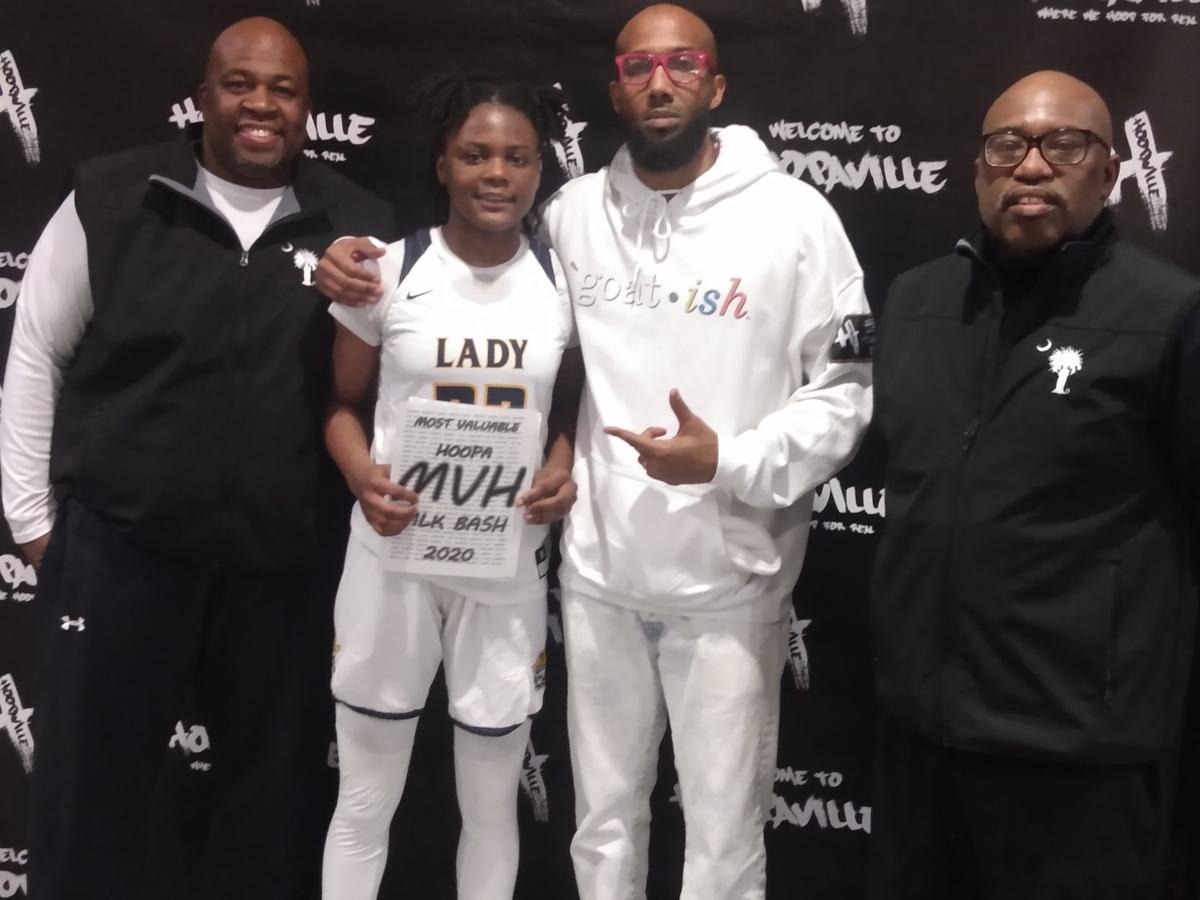 MiLaysia Fulwiley of W.J. Keenan is named Player of the Game after setting a Bash record with 54 points. She's joined by former University of South Carolina captain Carey Rich and Daniel Nelson of Hoopaville.

A scoring dual and the top two teams in Class 4A falling to defeat were among the highlights of day one of the Crescent Construction Boys and Girls’ Martin Luther King Jr. Bash.

The fifth edition of the event at Eau Claire High School opened with six girls’ contests. Day two on Monday will feature all-boys action, highlighted by a “Clash of Champions” between Class 4A Ridge View and Class 2A Gray Collegiate:

Milaysia Fulwiley had a performance to top all previous efforts in the five-year history of the Bash.

With University of South Carolina women’s basketball coach Dawn Staley in attendance, the freshman point guard of fifth-ranked Class 3A W.J. Keenan erupted for 54 points in the 91-77 win over Class 4A seventh-ranked Wilson.

The contest was billed as a shooting battle between Fulwiley and Georgia Tech commit Loyal McQueen of Wilson. Both did their part from the start as Fulwiley scored 26 points to lead her team to a 43-40 halftime lead. McQueen had 20 to lead the Lady Tigers.

The two standouts topped their scoring efforts in the second half. Fulwiley had 28 points to help break the game open for the Lady Raiders and McQueen tallied 22 second half points.

Kayla Washington had 11 points for Wilson.

J’Mani Ingram had a game-high 28 points for North Augusta, followed by P'eris Smith with 14 and Tyliah Burnes with 12.

This was the first of three straight games against the top three teams in Class 4A for Westwood. It faces third-ranked South Pointe Tuesday and second-ranked Ridge View Friday.

The sixth-ranked Bruinettes used a 12-0 run to defeat the second-ranked Blazers.

The Bruinettes led 25-23 at halftime before the Lady Blazers scored three straight points to take the lead. Laila Acox led Ridge View with 13 points and Ariyanna Daney added 10 points before leaving the game late after hurting herself chasing a loose ball out of bounds.

Despite also missing the services of Mya Wasswa and Camri Goodwin due to injury, Ridge View led 34-29 midway in the second half. The Bruinettes answered with 12 unanswered points to take the lead with 3:49 left in the game.

The Lady Blazers got only as close as four points the rest of the way.

Ariana Wilkes led the Lady Vikings with 16 points and Lauryn Taylor had a double-double with 15 points and 11 rebounds.

Kourtney English scored 18 points and grabbed 18 rebounds and Imani Williams and Amber Burton added 14 and 11 points, respectively, as the Lady Blue Devils held on for the one-point win over the Class 5A fifth ranked Lady Gamecocks.

1. MiLaysia Fulwiley of W.J. Keenan is named Player of the Game after setting a Bash record with 54 points. She's joined by former University of South Carolina captain Carey Rich and Daniel Nelson of Hoopaville.

2. Ja'Mari Frederick of Westwood was named Player of the Game.