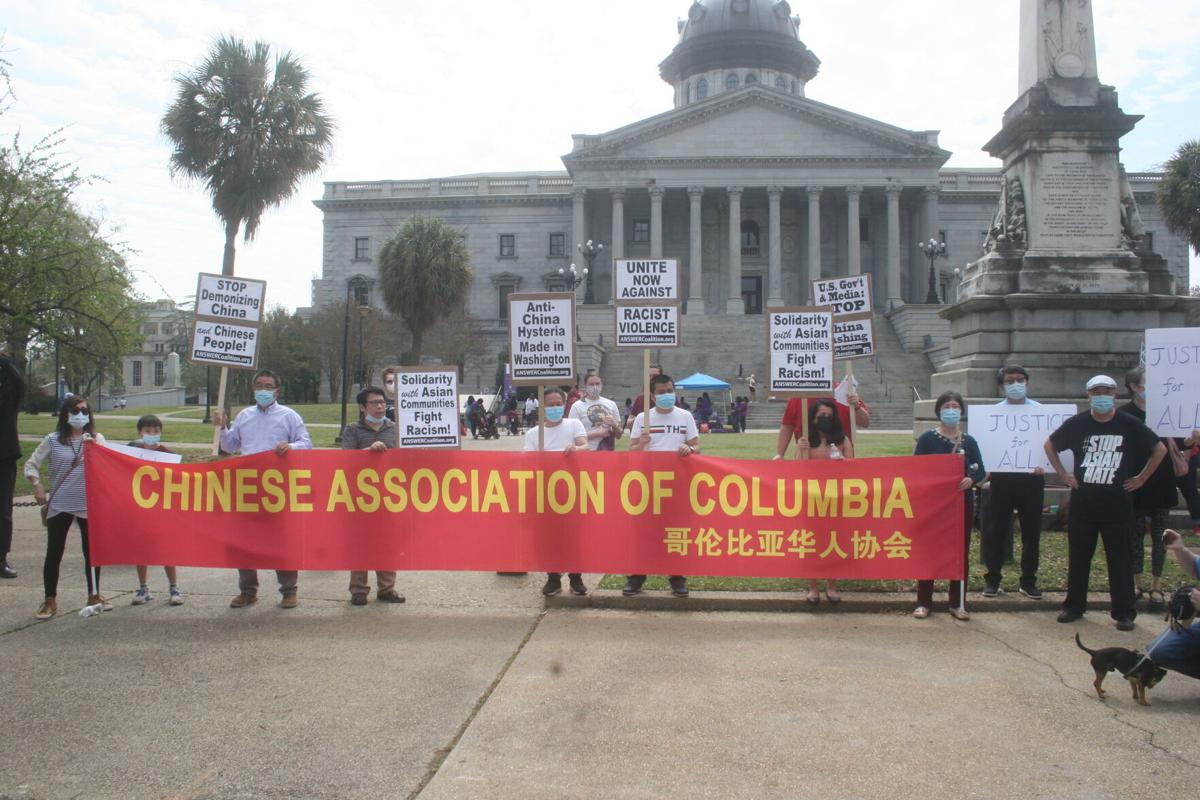 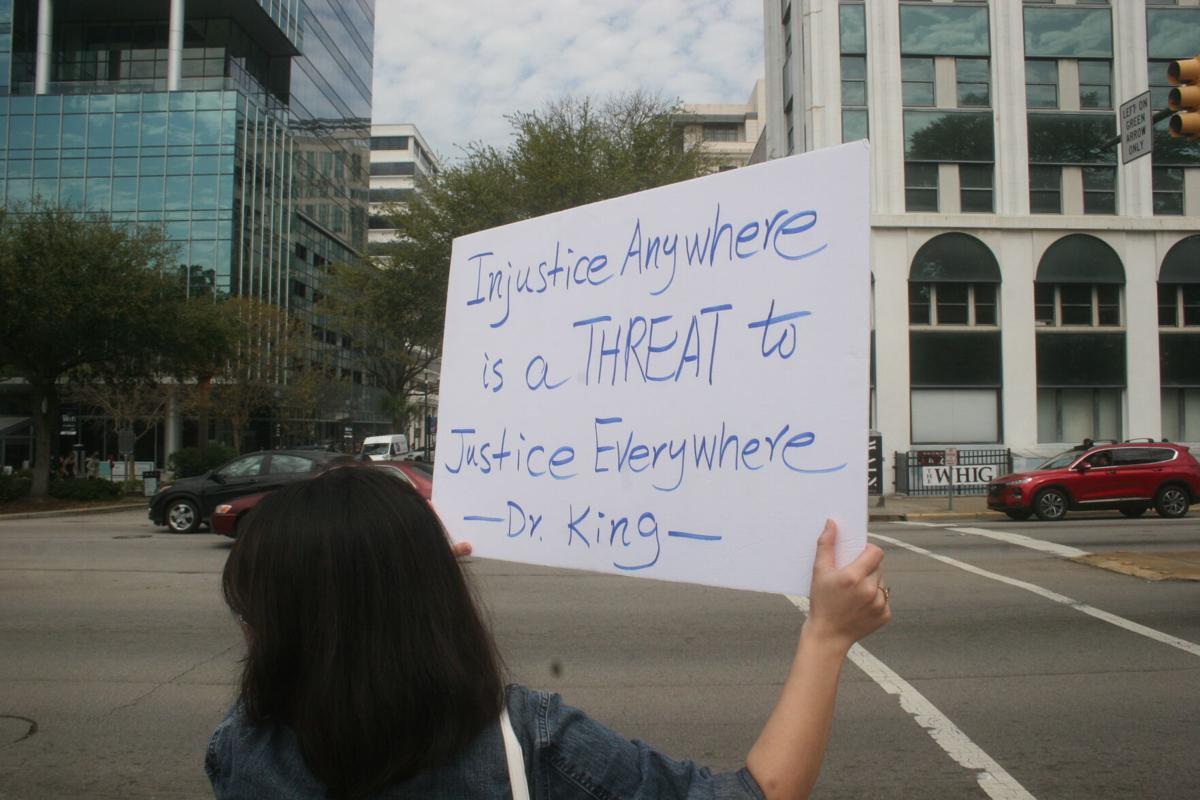 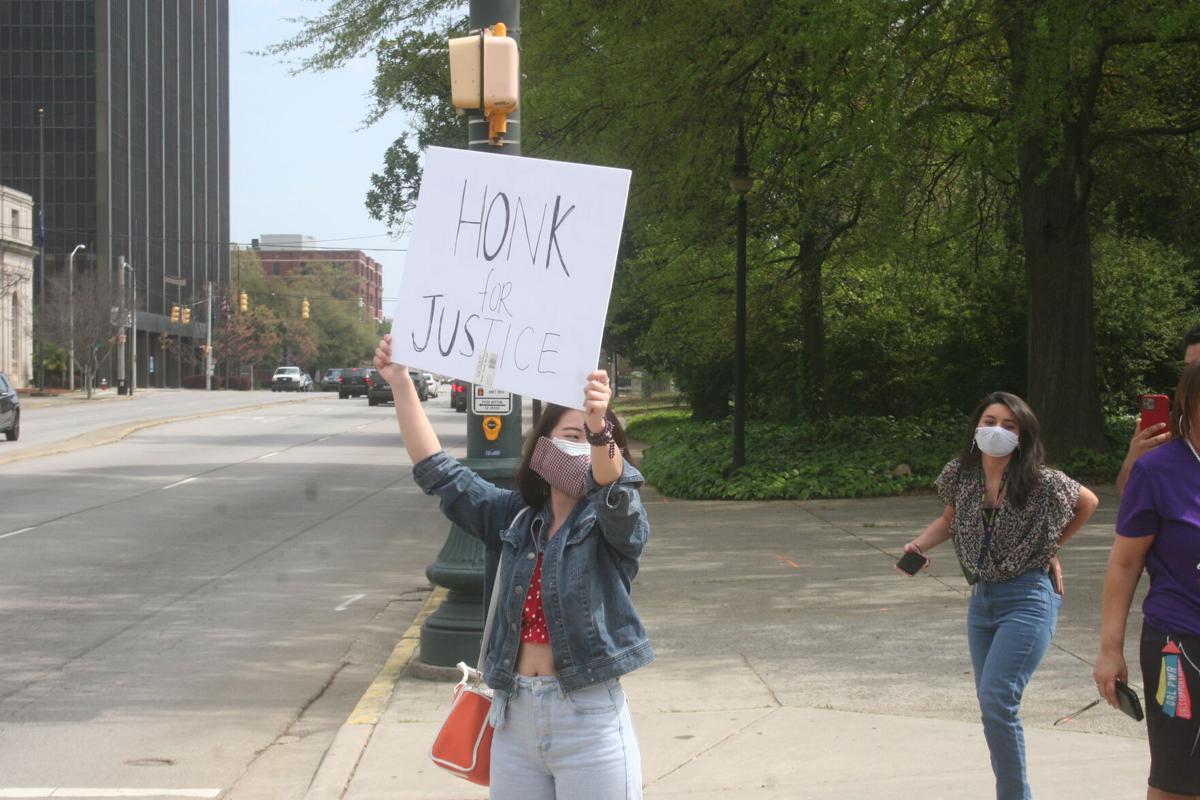 Several dozen people gathered Saturday at the State House to protest violence against Asian people and what organizers called “China-bashing.”

The rally was one of more than 60 nationwide Saturday, organized by the ANSWER (Act Now to Stop War and End Racism) Coalition in the wake of the murders of six Asian women along with two other people in a string of shootings in Atlanta.

“We have to stand together,” said Jason Coates, a Black man who attended Saturday’s rally. “Racism is racism whether the victims are Asian or Black or Hispanic, Native, LGBTQ, any group targeted by oppressors.”

A group representing the Chinese Association of Columbia was on hand, carrying signs with slogans including “Stop demonizing China and Chinese people!”

According to the Center for Study of Hate and Extremism, hate crimes against Asian people increased by 149% in 2020 in 16 U.S. cities studied.