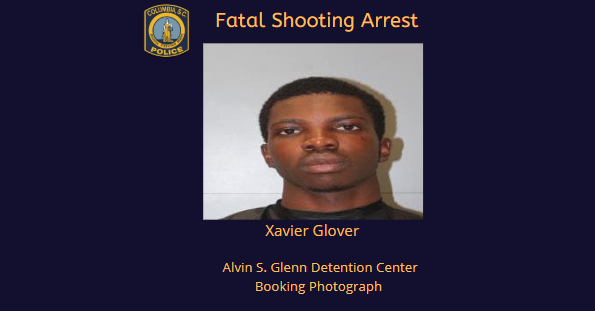 Columbia police are looking for a University of South Carolina student accused of murder and armed robbery.

Police have warrants for 20-year-old Zachery Williams. Investigators say anyone with information about Williams should contact police immediately. They also warn that he is considered armed and dangerous.

Williams and 20-year-old Xavier Glover (who has been arrested and is currently in custody at the Alvin S. Glenn Detention Center) are accused of robbing and then fatally shooting 26-year-old Wesley Colin Brown as Brown was walking alone along the 1700 block of Senate Street Sunday morning.

Police say Williams and Glover left the scene after shooting Brown. A couple out for a morning walk found Brown and called 911, who was pronounced dead at the scene.

USC police confirmed that Williams is a current student, an experimental psychology major who lives off campus.

Anyone with information about Williams should contact police via Crimestoppers by calling 1-888-CRIME-SC or visiting midlandscrimestoppers.com. Information may be submitted anonymously.