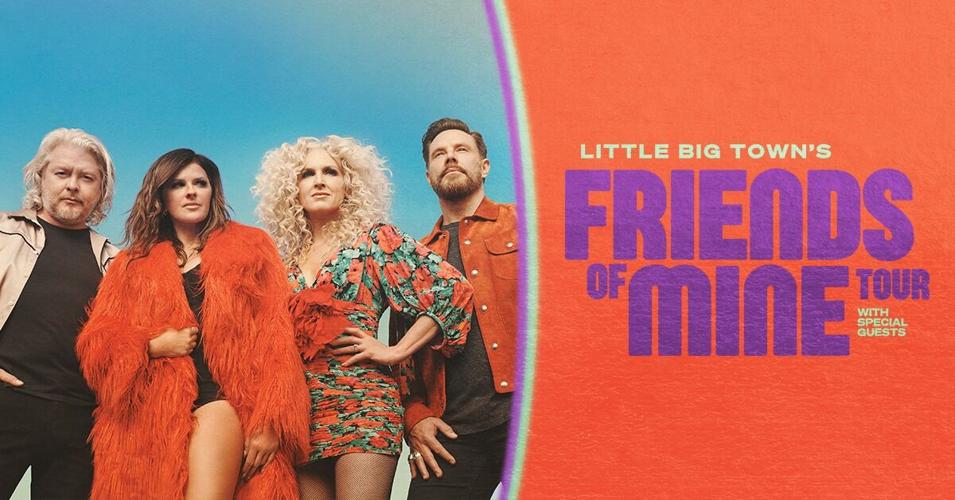 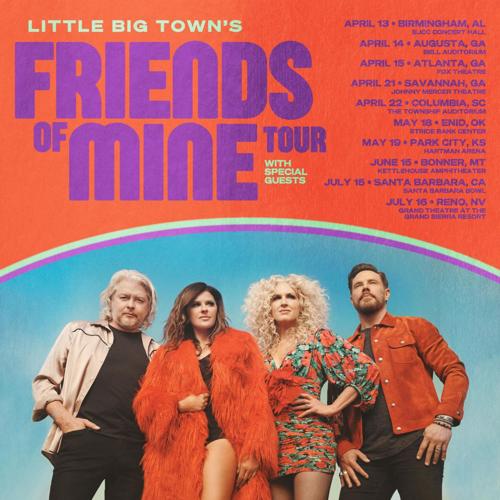 Little Big Town announced their upcoming tour and Columbia is scheduled as the fifth stop.

The 'Friends of Mine' tour is coming to Township Auditorium on Apr. 22 and will include the appearance of special guests, whose names have not yet been announced.

Little Big Town has earned more than 45 award show nominations and has taken home nearly 20 awards, including multiple GRAMMY, AMA, People’s Choice, CMA, ACM Awards, and an Emmy award. Their highly anticipated 10th studio album Mr. Sun was released on Sept. 16 and debuted as the Top Country Album by a group in 2022.

The band first entered the music scene over 20 years ago with hit songs 'Boondocks,' 'Bring It on Home,' 'Good As Gone' and the GRAMMY-nominated 'Little White Church.' The award-winning group consists of members Karen Fairchild, Phillip Sweet, Kimberly Schlapman, and Jimi Westbrook.

Did you set a New Year's goal?