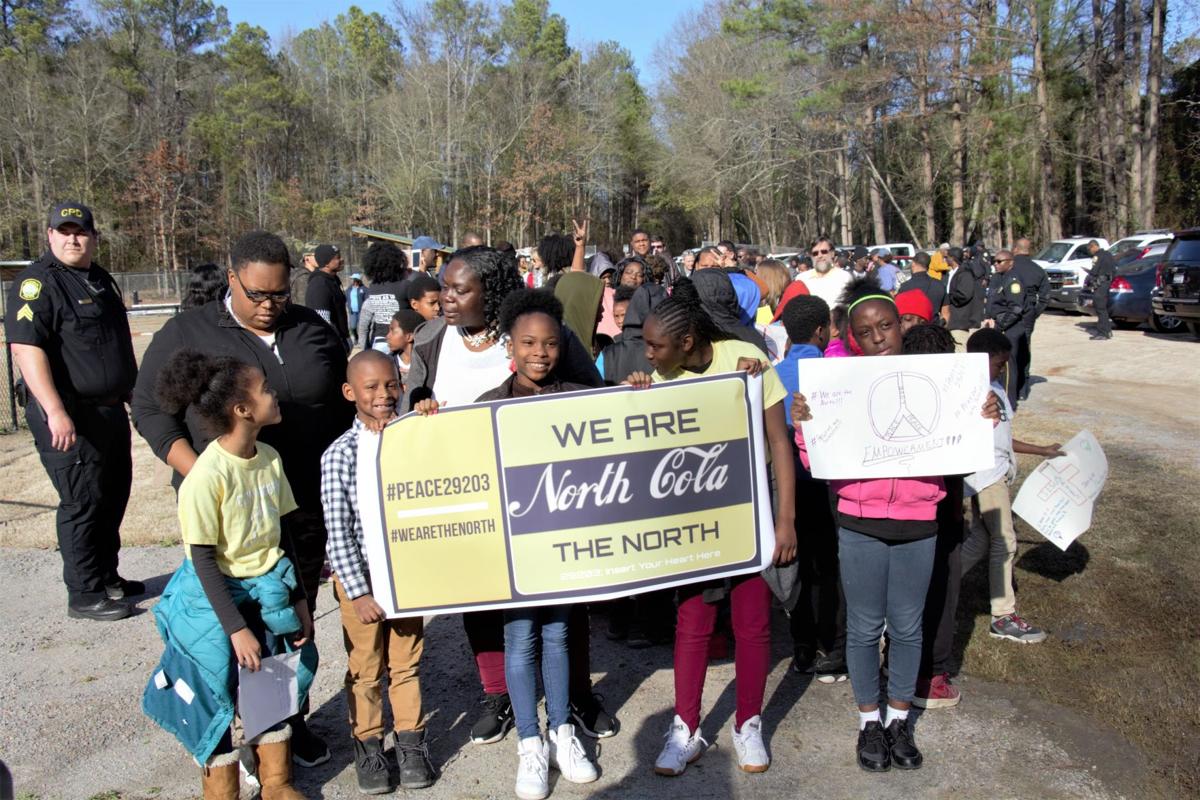 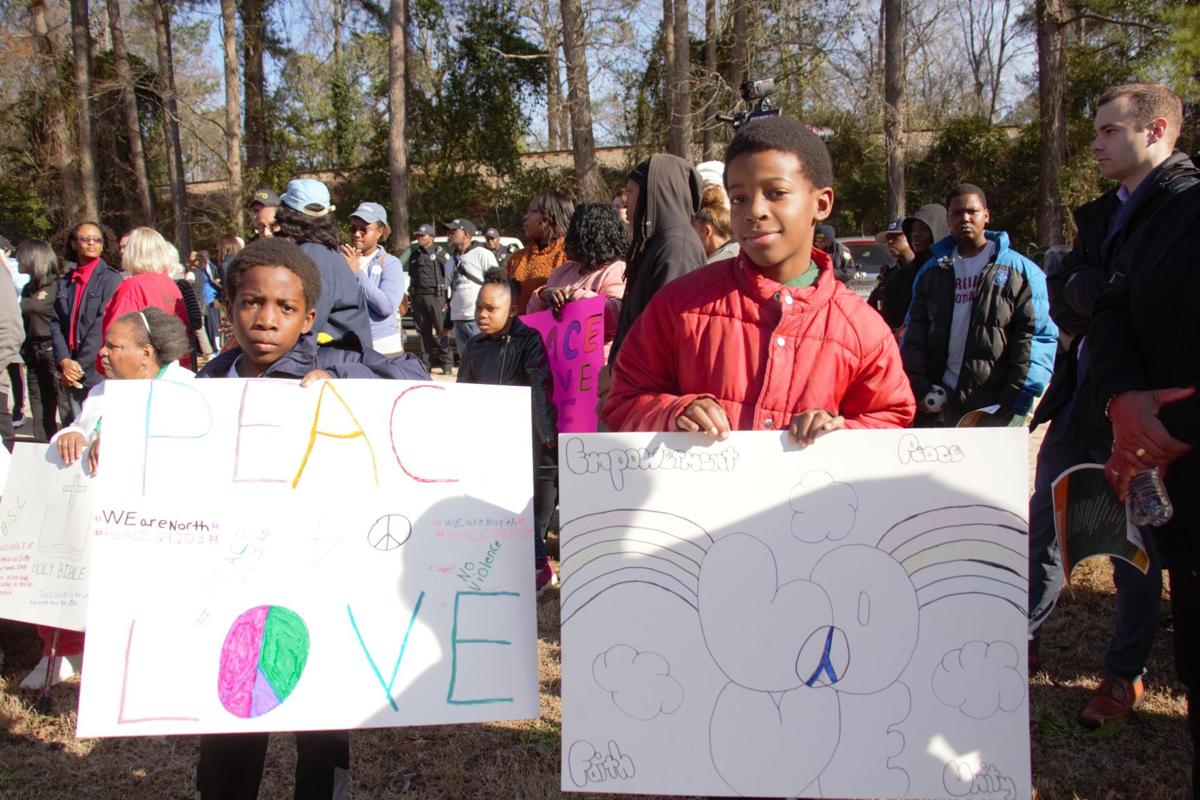 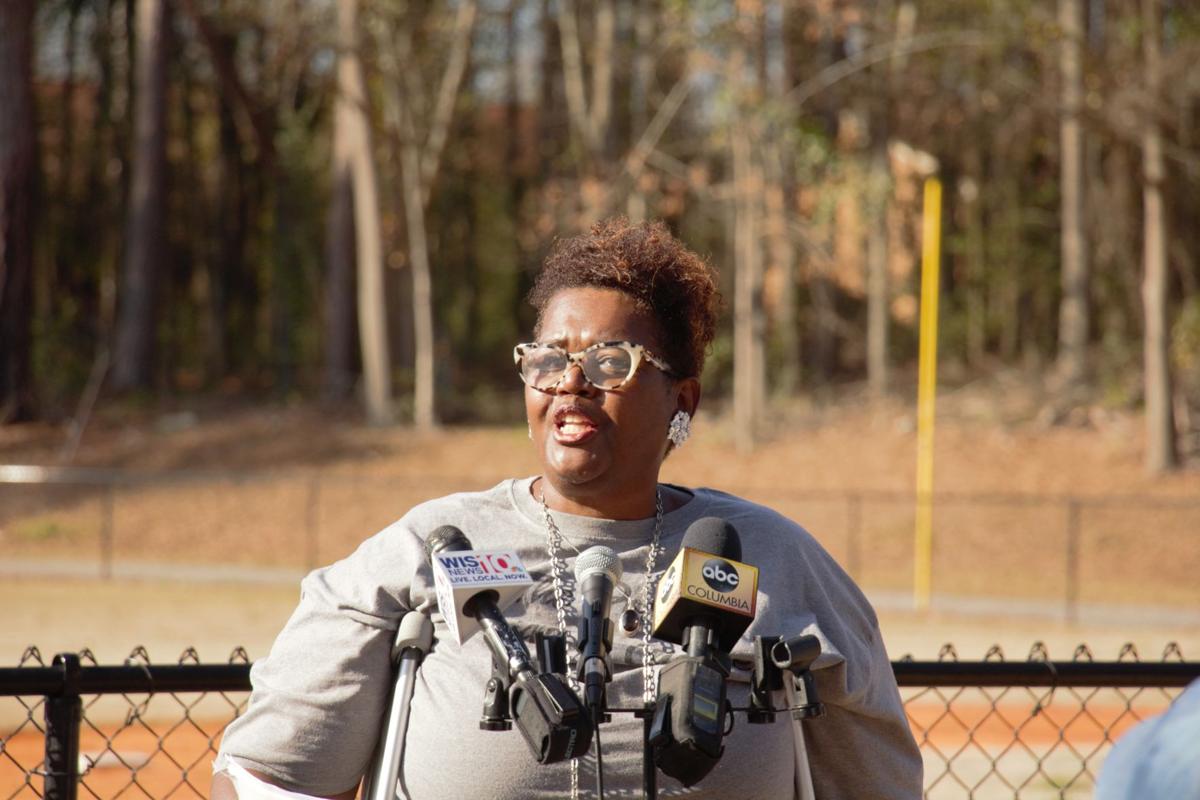 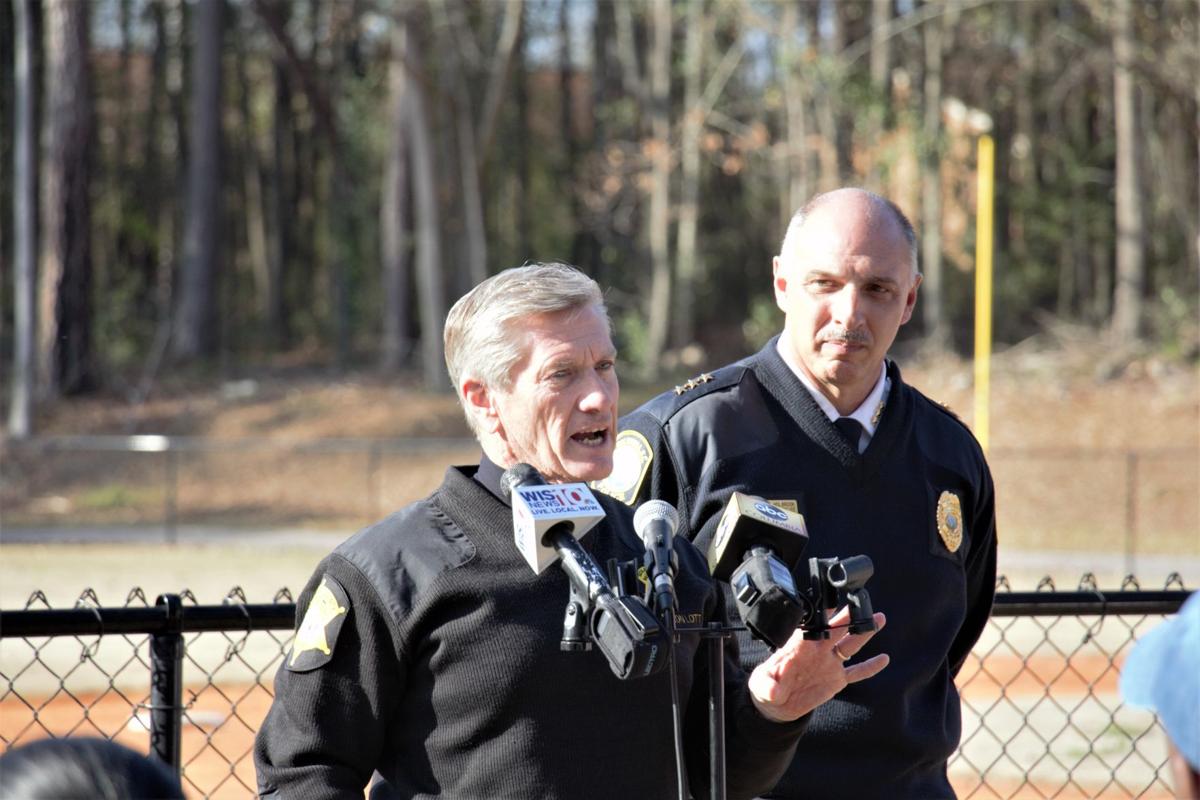 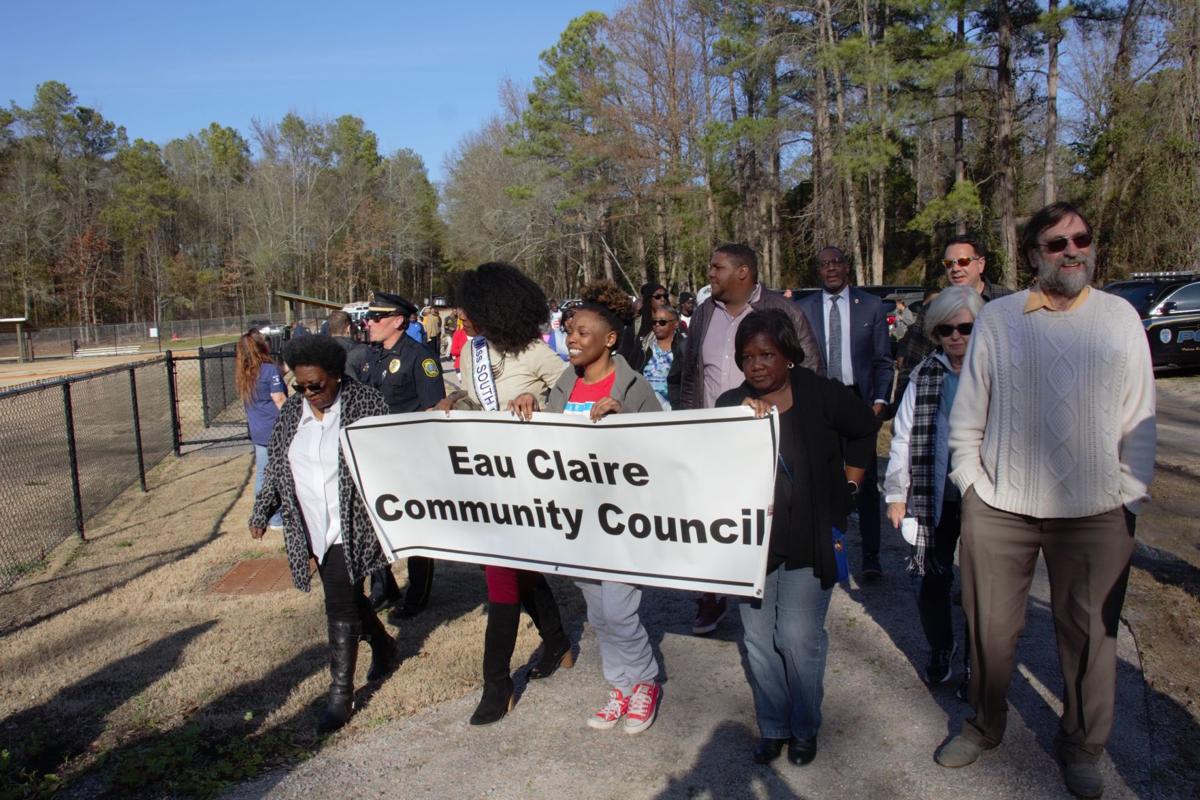 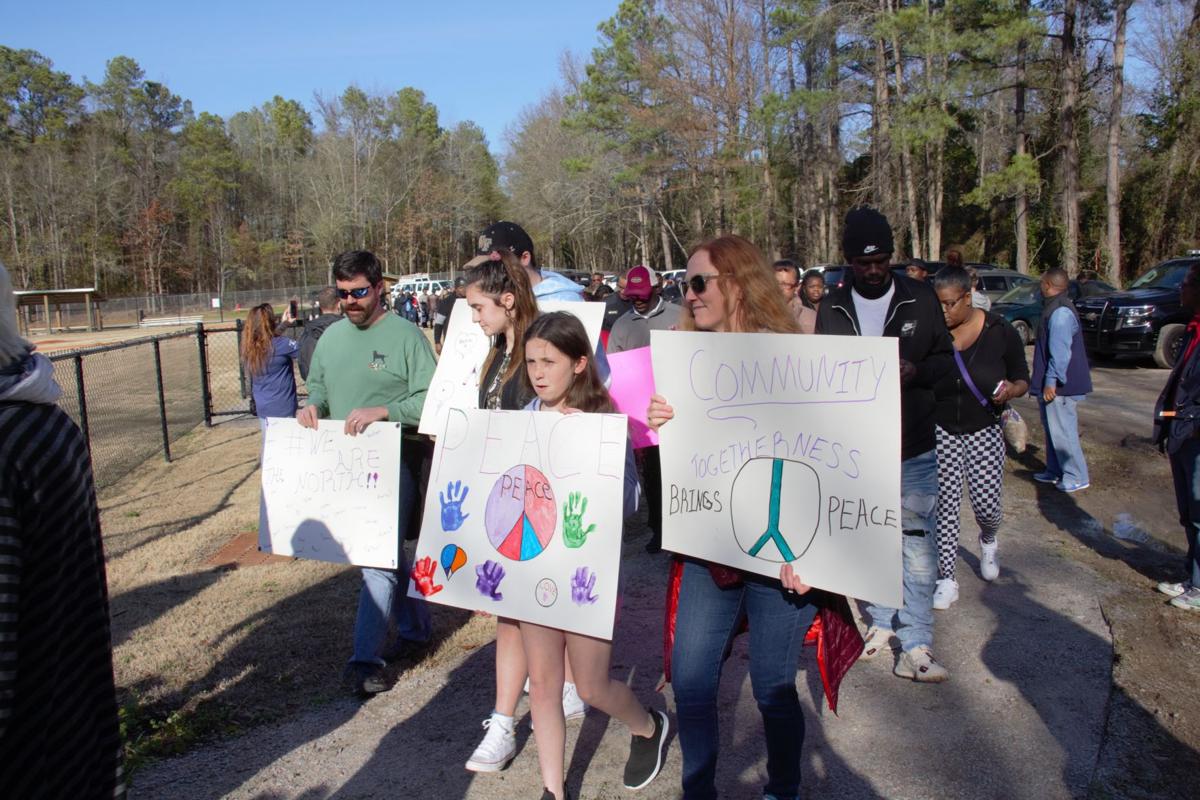 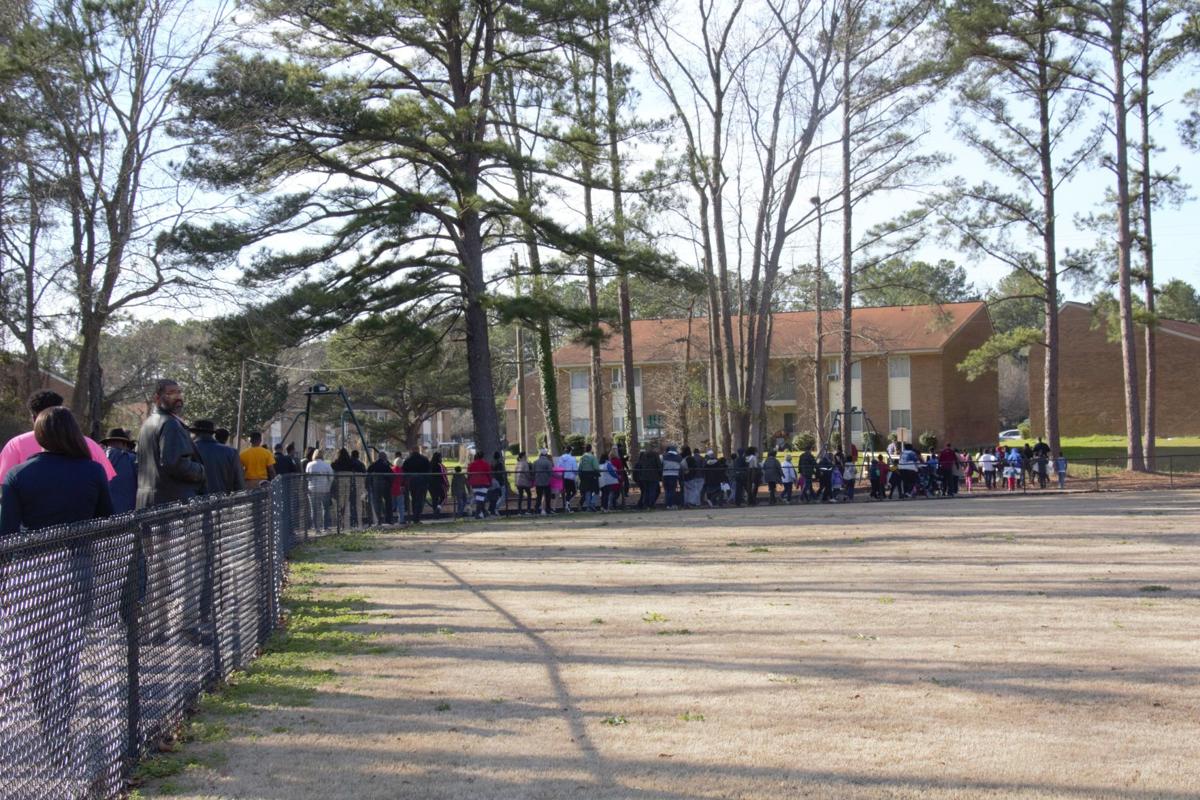 Several hundred people came together Sunday to call for an end to a recent surge in violent crime in North Columbia’s 29203 zip code area.

The Empowerment for Peace Walk was hosted by the North Columbia Youth Empowerment Initiative, in partnership with the Booker Washington Heights Neighborhood Association, the city of Columbia, nonprofit Serve and Connect, the Columbia Police Department and the Richland County Sheriff’s Department, among others.

Regina Williams, a local teacher and president of the Booker Washington Heights Neighborhood Association, said five of her former students have died during violent crimes in the last seven months.

"It's really been hard for me to just do things,” she said.

Sunday’s event began with a rally at the All Star Baseball Field, off Lester Dr. behind North Pointe Estates. The group then marched through nearby neighborhoods to the Katheryn Bellfield Cultural Arts Center, making four “Peace Stops” along the way, with community leaders addressing the crowd at the rally and at each stop.

"We're going to march today, and the walls of chaos will turn into development,” said Columbia City Council Representative Ed McDowell, noting that more than 3,000 children live in the area.

Many law enforcement officers were on hand for the event, and Richland County Sheriff Leon Lott and Columbia Police Chief Skip Holbrook both spoke to the crowd about stopping the violence.

Holbrook said he was impressed by the desire of the community to make change happen.

"I don't know if I've ever seen a community come together like this. I've seen courage, hope, a sense of pride, and it's contagious,” he said. "They're going to see the courage, the inspiration of residents that are finally saying no more."

Columbia City Council Representative Tameika Isaac Devine said the violence in the 29203 area should matter even to those who neither live nor even visit there.

"Everything that happens in the city of Columbia and the Midlands affects all of us,” she said. "If we continue to work together, we will see positive change in this community."

My daughter was assaulted in Nov. 2019 in zip 29203. She was walking from her car to her front door when a man appeared out of no where and robbed her, then attempted to sexually assault her. She fought him off with a $5 self defense key chain bc she got one good punch to his face. God Bless. Stay Safe!