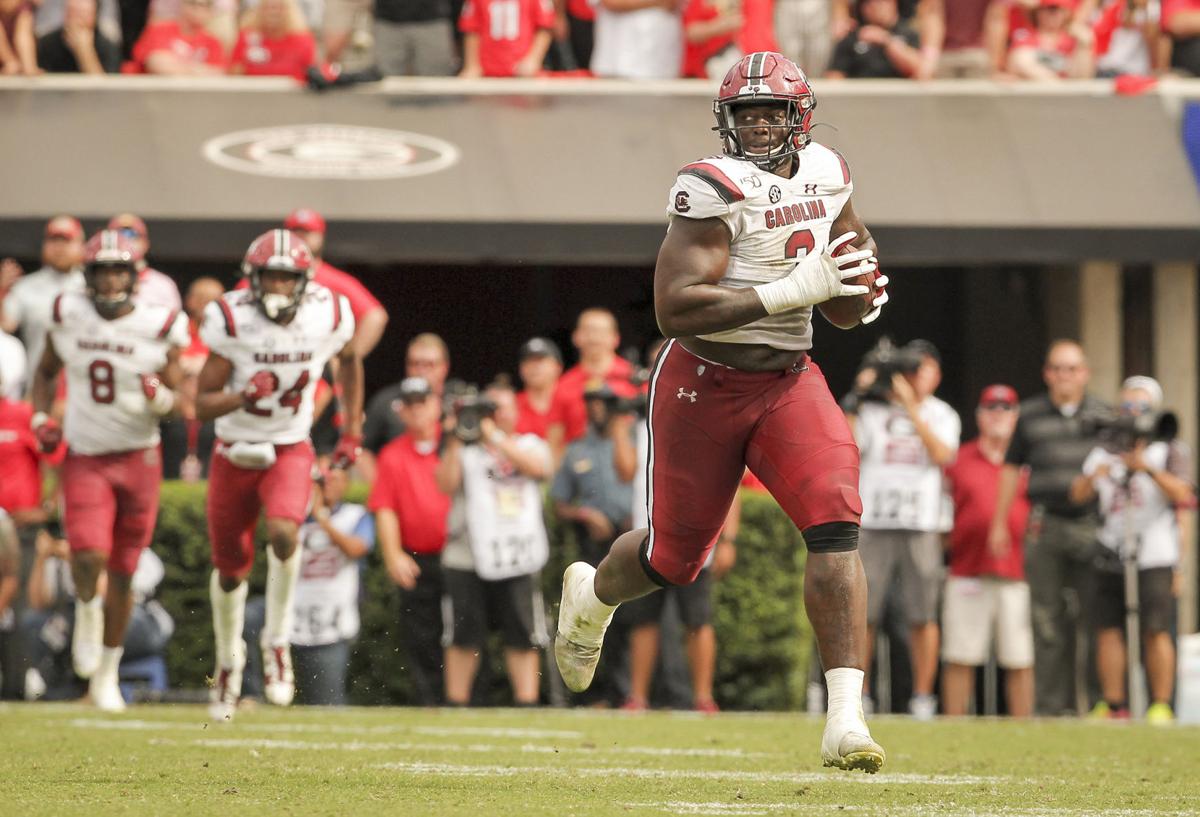 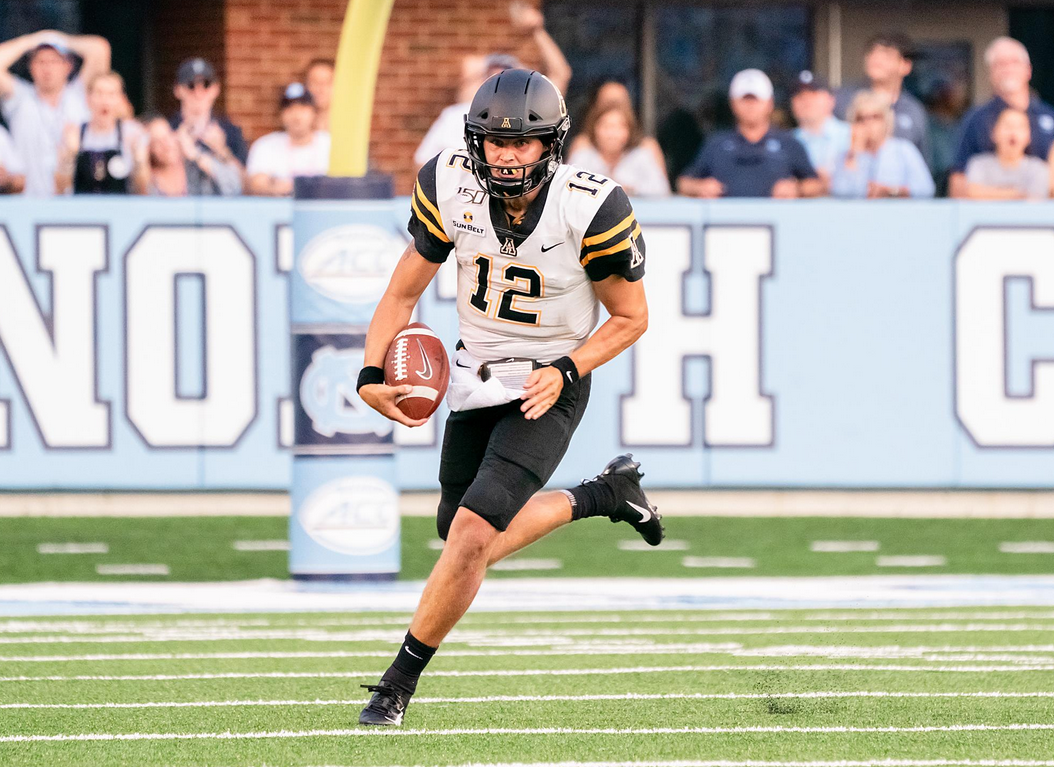 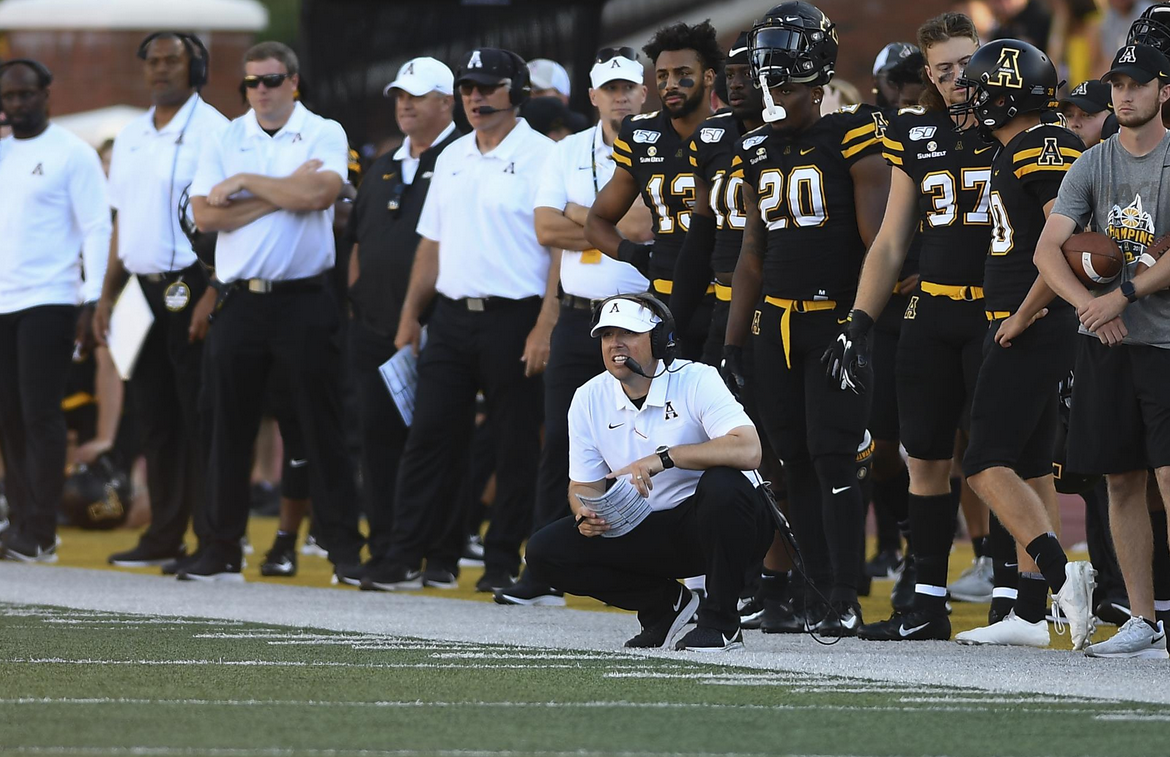 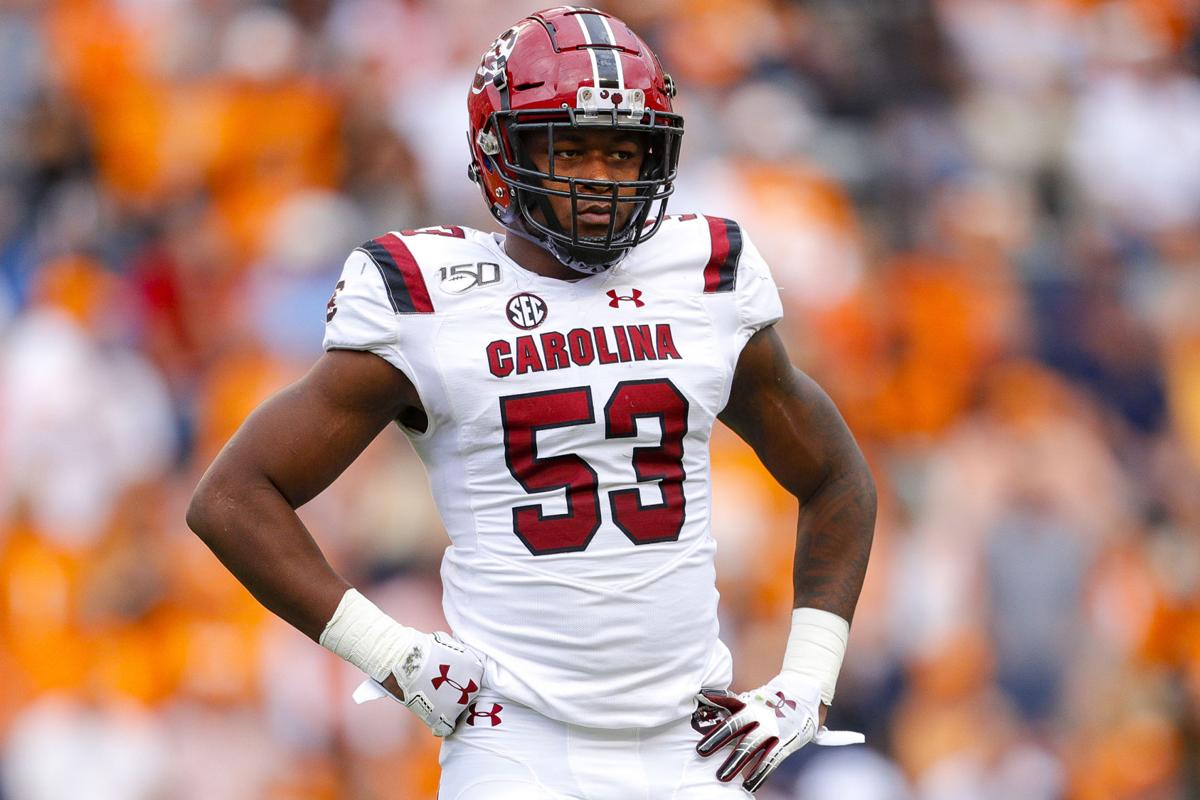 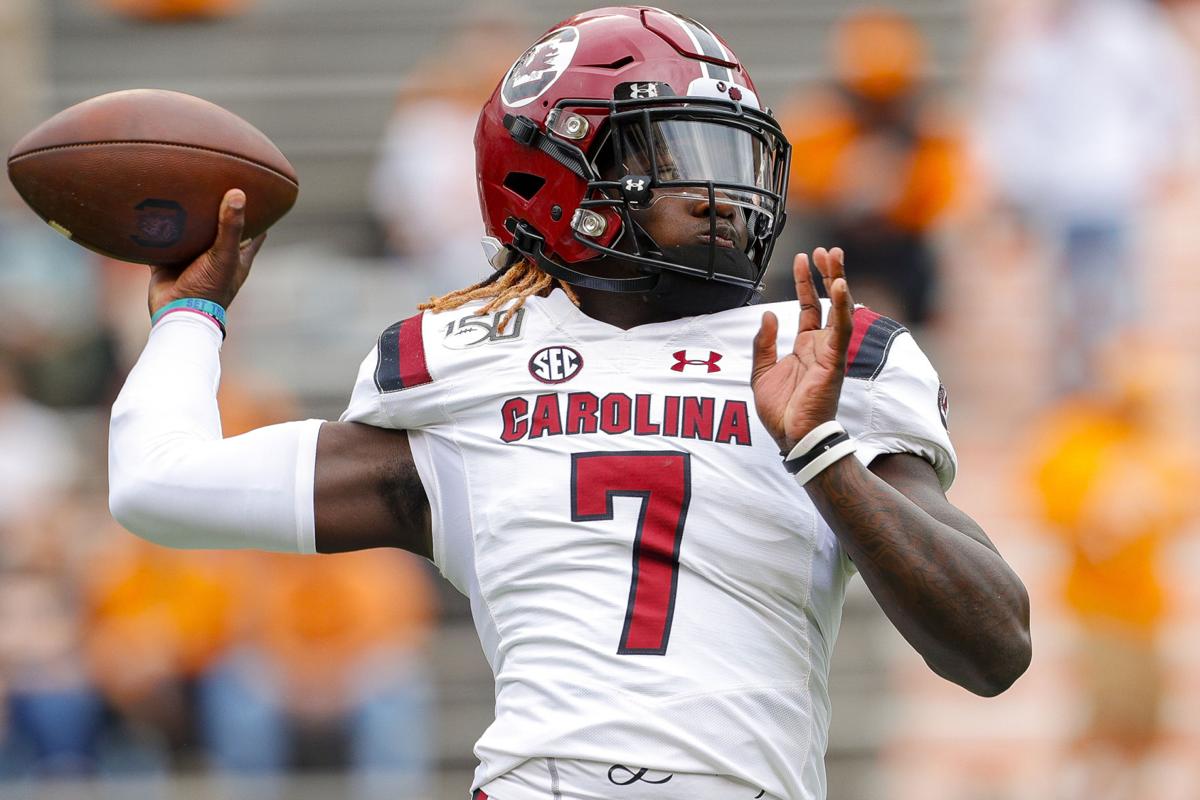 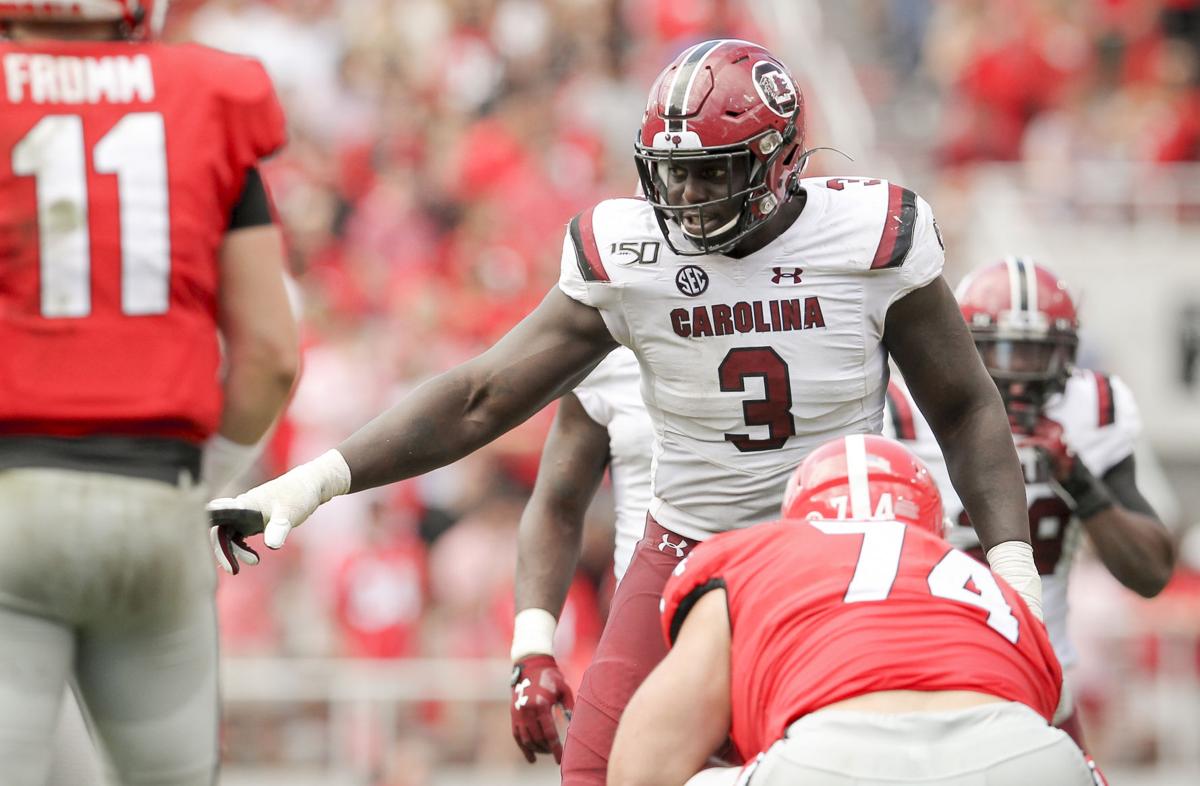 4-5 (3-4, Southeastern Conference) South Carolina took care of business against Vanderbilt on Nov. 1, winning 24-7 and ending a two-game losing streak that has put the Gamecocks postseason bowl hopes on thin ice.

South Carolina's next challenge is the 7-1 (4-1, Sun Belt Conference) Appalachian State Mountaineers, who are coming off a 24-21 upset loss at home against conference rival Georgia Southern last Thursday.

The loss was devastating for first-year head coach Eliah Drinkwitz and the Mountaineers, who fell out of the Top 25 and all but ended their hopes of playing in a New Year's Six bowl game.

Despite the loss, Appalachian State will still have a lot at stake when they take the field at Williams-Brice Stadium at 7 p.m. Saturday.

After the Mountaineers fell short of completing their original goal of going undefeated and having an opportunity to receive a bid to a top-tier bowl game, the team is changing the blueprint for the remainder of the season.

Appalachian State isn't intimidated to play Power Five opponents on the road, defeating North Carolina 34-31 on Sep. 21. The Mountaineers would be the first Sun Belt school in history to defeat an ACC and SEC opponent in the same season with a win.

The first step begins on Saturday for the Mountaineers, who are only in their sixth season in the Football Bowl Subdivision.

"They have a really good team, and we're not going to overlook them at all. They were undefeated outside of last week," said South Carolina linebacker Ernest Jones.

South Carolina, on the other hand, has another goal in mind: attaining bowl eligibility.

The Gamecocks will have to win two of their three remaining games to reach six wins: this weekend against Appalachian State, at Texas A&M, and vs. Clemson in the finale.

If fourth-year head coach Will Muschamp can't complete this task, it would be only the fourth time in the last twenty seasons that South Carolina would fail to reach a .500 overall record.

This could put Muschamp in the hot seat headed into 2020.

When Appalachian State is on offense, South Carolina will need to find a way to limit a faced-paced Mountaineers attack that has converted 49 percent of third down attempts.

Javon Kinlaw and Kobe Smith anchor the middle positions at a combined 610 pounds, and ends Aaron Sterling and D.J Wonnum combine for 18.5 tackles for loss and 10.5 sacks.

The Mountaineers should lean on their passing attack against a South Carolina secondary that has allowed 11.98 passing yards per completion and 242.3 passing yards per game, a figure that is ranked No. 87 in the nation.

Appalachian State will attempt to stump South Carolina's passing defense by taking advantage of "bunched receiver sets," which can "shake a receiver loose in one-on-one situations," as well as utilizing double-move routes and throws to the outside, according to App State Mania.

Freshman quarterback Ryan Hilinski (1,752 yards, 10 touchdowns, 3 interceptions) has been a serviceable quarterback and limited interceptions, but the downfield passing attack has seen it's struggles during his first-year learning curve.

Passing yards per completion are down 23 percent from last season, slowing the Gamecocks downfield attack. The Mountaineers are No. 8 nationally in passing yards allowed per game.

That doesn't mean Hilinski can't connect, and Bryan Edwards should be his top target. The 6'3" 215-pound senior is 88 yards short of breaking the school's all-time record for career receiving yards.

While leading running back Tavien Feaster is nursing a groin injury, but second-leading rusher Rico Dowdle should be healthy for Saturday. "Rico Dowdle has taken every rep at practice and looks really good," Muschamp said Thursday.

Turnover margin will be a vital factor in the game. The Gamecocks have two fumbles and zero interceptions in the past three contests, and the Mountaineers are No. 10 in the nation in the statistic.