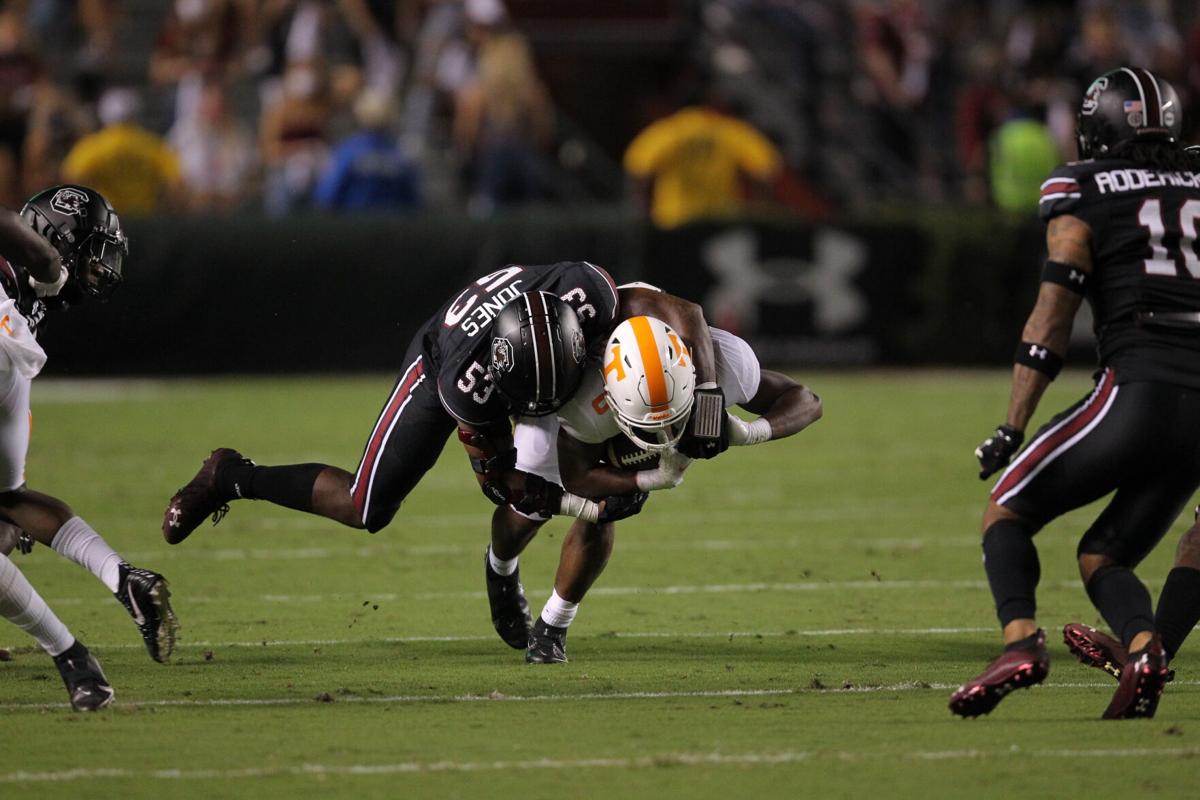 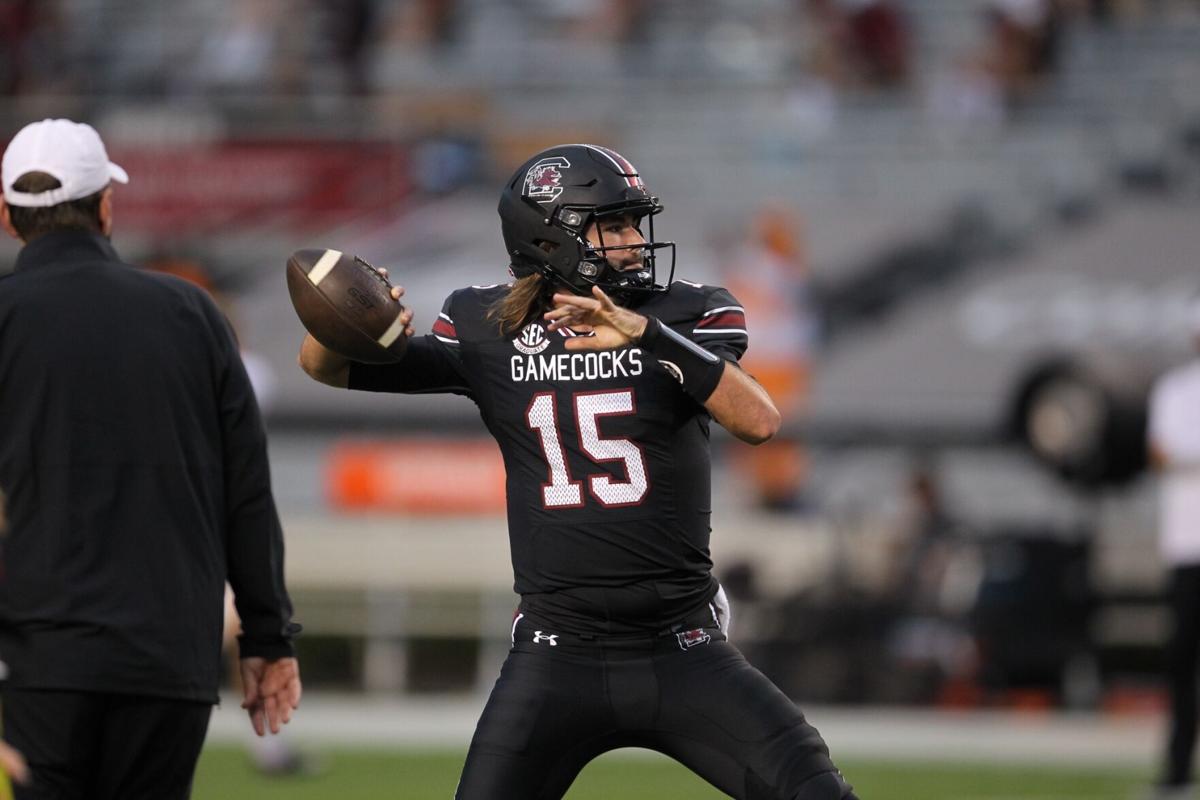 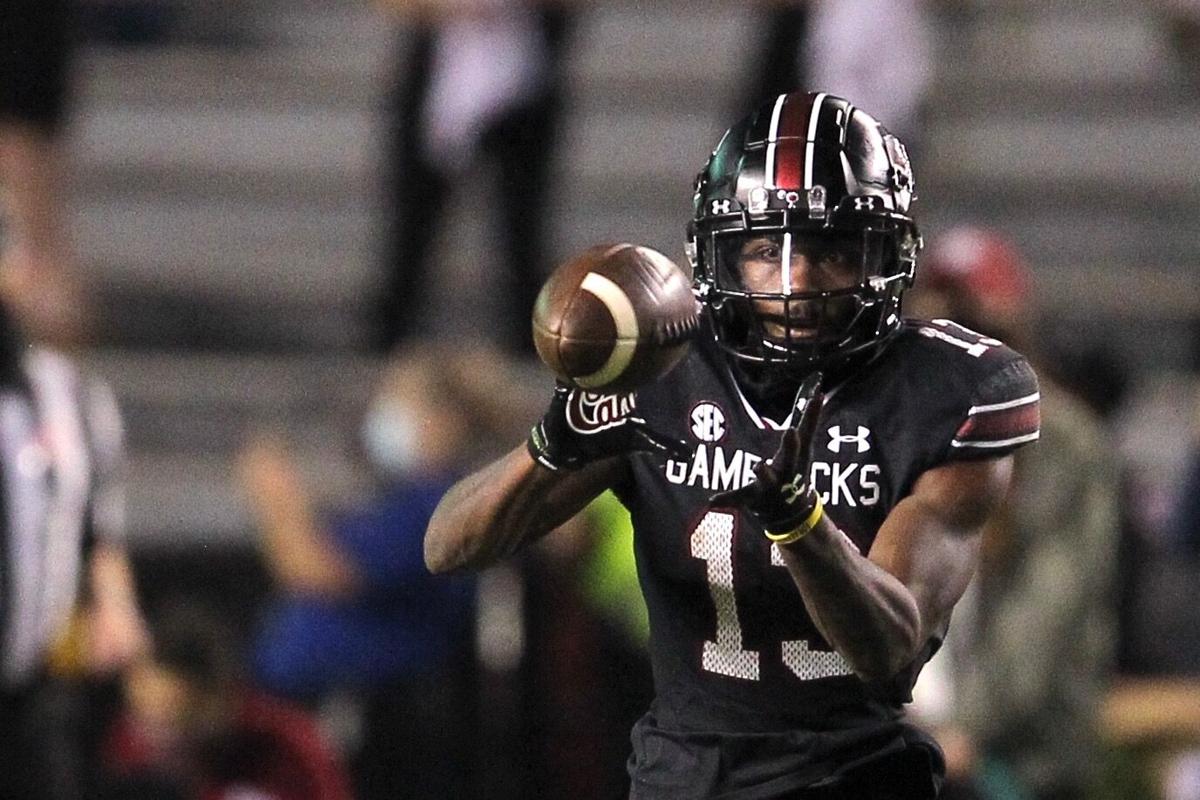 As time was winding down Saturday night in South Carolina’s season opening 31-27 loss to 16th-ranked Tennessee at Williams-Brice Stadium, the Gamecocks thought they would have one more shot at victory.

They fought back from a 21-7 deficit and were getting the ball back with just under 90 seconds to play after forcing a Tennessee punt. But a football will take funny, and sometimes painful, bounces. That's what happened to USC's Cam Smith as the ball brushed up against his leg while he was blocking for the return, and Tennessee recovered to seal the victory.

Of course, there was no guarantee the Gamecocks would have marched down the field to a game-winning touchdown, but the way quarterback Collin Hill was throwing the ball, especially to Shi Smith, it would have made for an entertaining finish. Hill making his Gamecock debut, passed for 290 yards and a touchdown, and scored once on a one-yard sneak. Smith caught 10 passes for 140 yards and one touchdown.

Hill tied the game at 21 with 4:32 left in the third quarter after his second touchdown. Later in the quarter, the Vols retook the lead on a 27-yard field goal by Brent Cimaglia. Parker White tied the game at 24 early in the fourth quarter, but Tennessee responded quickly with a 75-yard drive in four plays with quarterback Jarrett Guarantano tossing a 32-yard scoring pass to Josh Palmer for what turned out to be the winning points.

USC came back with its own nine play drive, but Hill missed an open Nick Muse on a second down play from the Tennessee 31. The Gamecocks failed to convert on third down and Will Muschamp opted for a 45 yard field goal by White hoping his defense would get the ball back for him.

They did, but the bad bounces that seem to haunt the Gamecock program made another appearance.

The Gamecocks now hit the road for a game at fifth-ranked Florida next Saturday. Kickoff will be at Noon on ESPN.