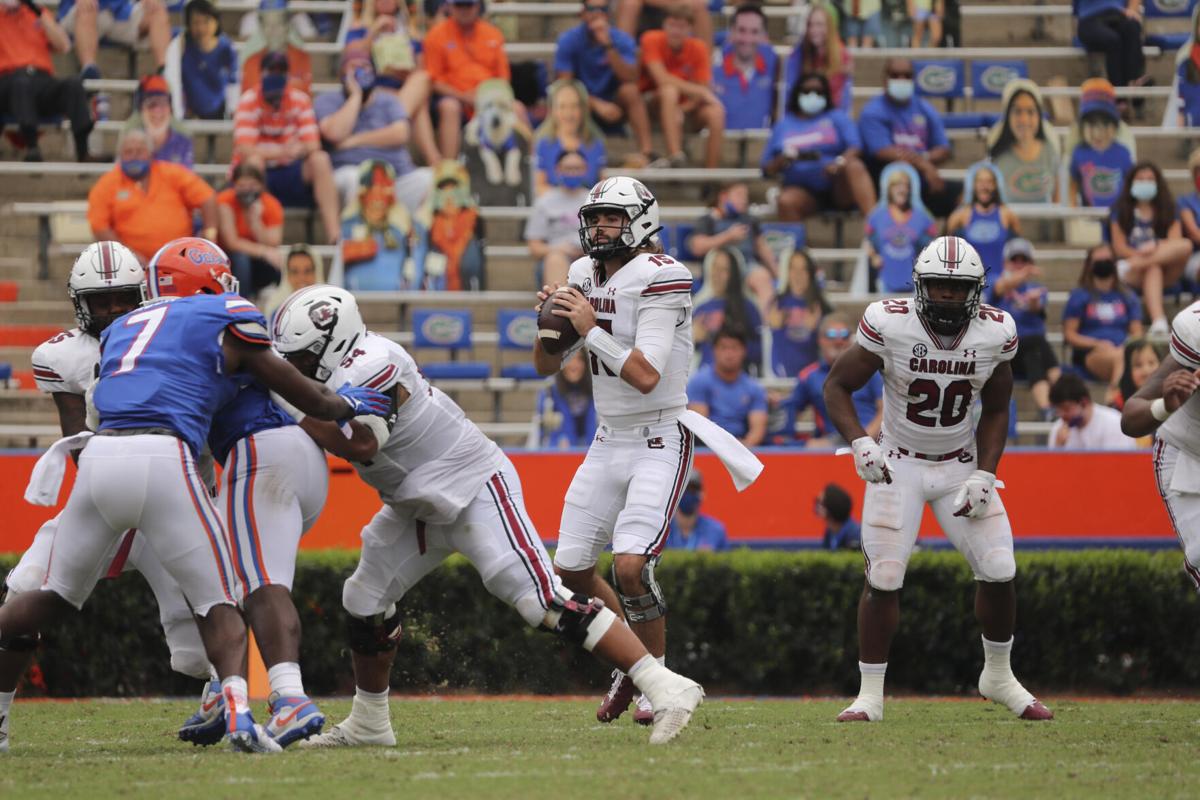 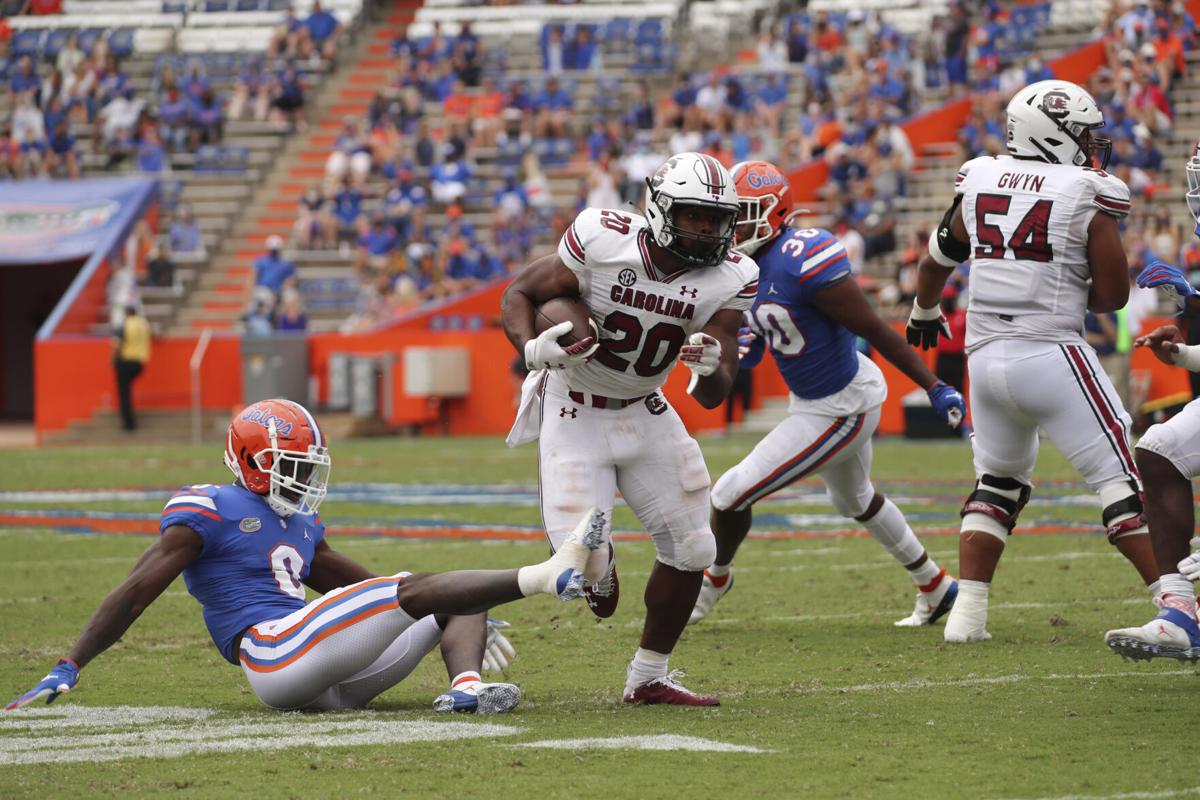 Saturday’s game at third ranked Florida started well for USC, just as the Tennessee game, but an extended period of poor play but the Gamecocks in a hole from which they could not recover in a 38-24 loss that drops them to 0-2.

“The guys fought and competed today, they kept fighting to get themselves back into it for it to be a two-score game,” Gamecock coach, Will Muschamp said. “In that situation, that’s the best we could’ve done. At the end of the day, we came to win the game.”

For the second straight game, the Gamecocks scored on their opening possession for a quick 7-0 lead with a Kevin Harris two-yard touchdown run. Florida responded with a pair of touchdowns for a 14-7 lead, but the Gamecocks tied the game in the second quarter on a four yard pass from Collin Hill to Shi Smith.

But the game turned at that point as the Gators scored 10 points in a two minute span late in the half for a 24-14 halftime lead.

The Gators built their lead to 38-14 in the third quarter before the Gamecocks scored ten straight points. Parker White booted a 45 field goal, and after an interception by Israel Mukuamu, the Gamecocks drove for a touchdown, a 9 yard pass from Hill to Harris, to make it a 38-24 game with over 10 minutes to play.

The Gamecocks did get the ball back with 8:21 left and mounted a long drive of 18 plays that took over seven minutes off the clock. But the played died at the Florida four when Hill missed a wide open Smith for a touchdown.

“If we score and recover the onside kick, we give ourselves a chance to go tie/win the game, but we didn’t,” Muschamp said. “We’re disappointed. We felt like there were some self-inflicted wounds as far as drops, and things defensively that we need to improve, but they have a good football team. I appreciate how we came here and competed, but that’s not what we came here to do. We came to win the game.”

Hill passed for 212 yards and 2 touchdowns while Harris rushed for 100 yards. Smith caught 12 passes for 85 yards and a score.

Florida quarterback Kyle Trask threw for 268 yards and 4 touchdowns, giving him 10 on the season.

The Gamecocks will be back on the road next Saturday at Vanderbilt for another noon kickoff.