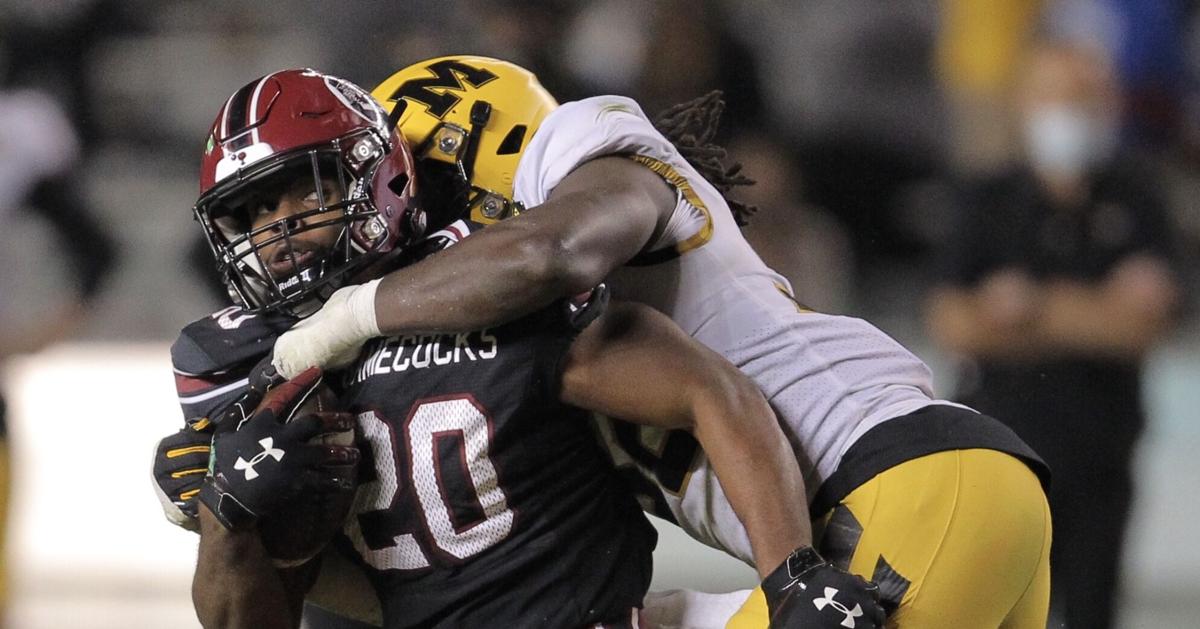 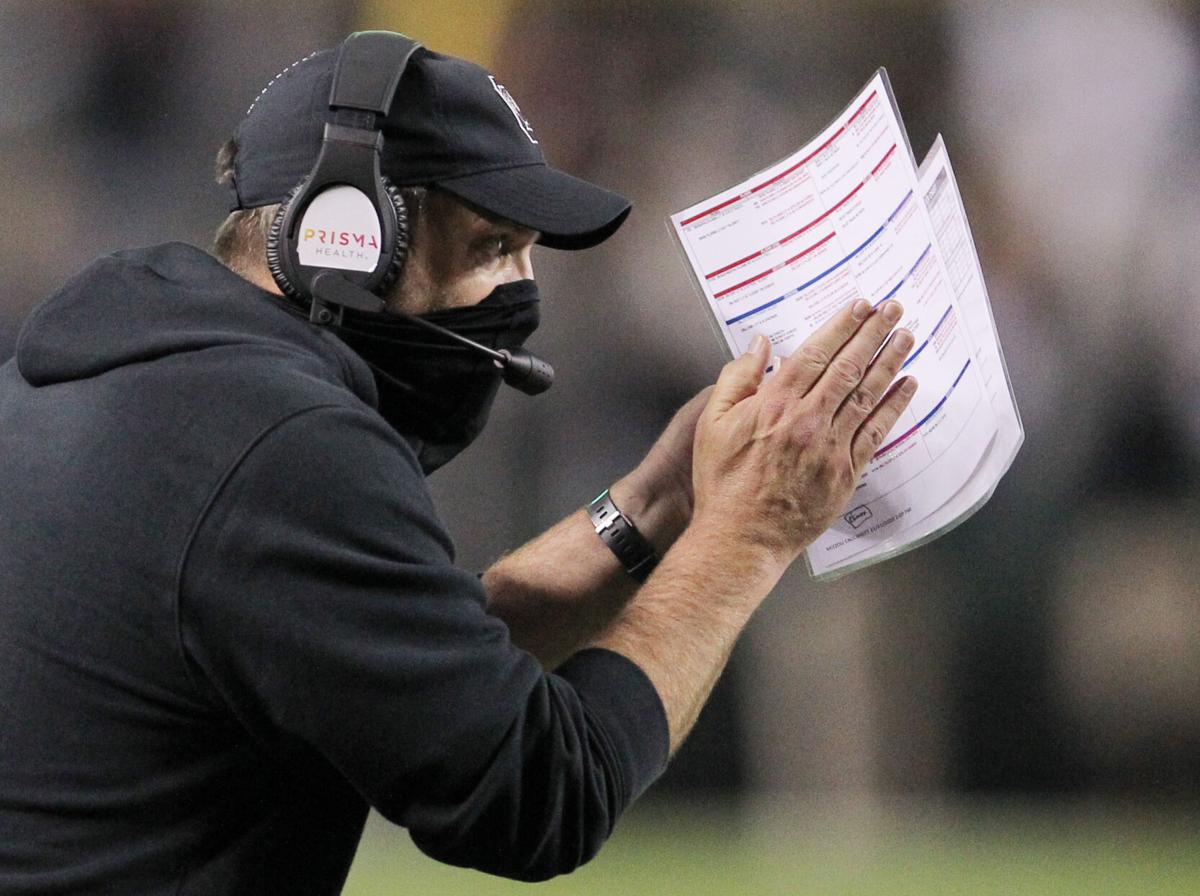 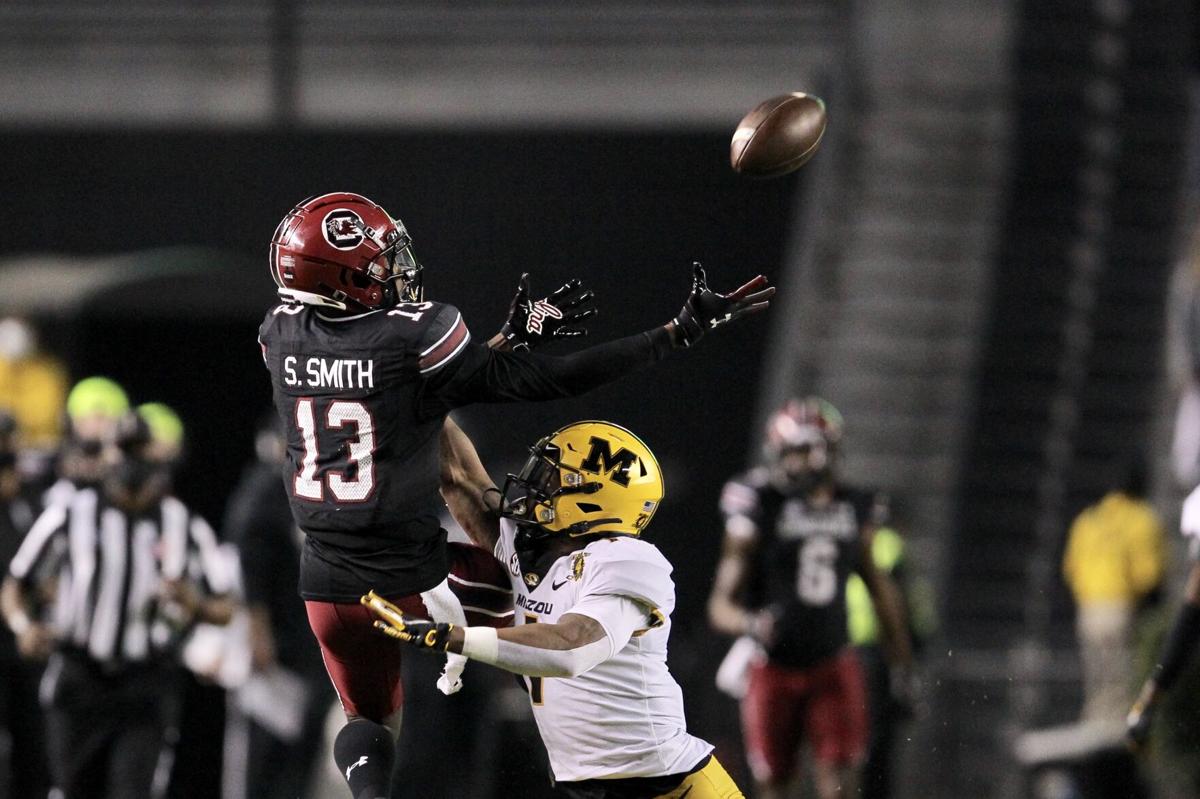 South Carolina’s losing streak grew to four games with a 17-10 loss to Missouri Saturday night at Williams-Brice Stadium. The Gamecocks trailed 17-0 at halftime and managed just 68 yards in the first half. That led interim head coach Mike Bobo to replace starting quarterback Collin Hill with freshman Luke Doty to start the second half.

The athletic Doty used his arms and his legs to account for 189 total yards, and he led the Gamecocks to all of their points.

“We had a plan for Luke Doty to play more this game because he gave us an extra hat in the run game,” Bobo said. “We felt that with all the man coverage it would open up some seams for him to tuck the ball and run. At halftime we went through things and talked about what we were going to do in the second half and as we walked out I said ‘we have to go with Luke.’ I feel like he gave us the best chance to win. I’ll say this about Luke Doty - the moment is not too big for him. That was obvious in this game.”

A 47 yard field goal by Parker White got the Gamecocks on the board in the third quarter, and a one yard touchdown run by Deshaun Fenwick with just under five minutes to play got them back in the game.

USC’s defense forced the Tigers to punt on all five of their second half possessions until the final kneel down, and that allowed the Gamecocks to get back into the game. After a 212 yard first half, the Tigers had just 89 second half yards.

The Tigers’ last punt pinned the Gamecocks back to their own one with 2:37 to play. Doty completed five passes to move his team out to the 36, and hope was growing of a miracle come from behind game tying drive. But Doty forced a pass over the middle and it was intercepted by Missouri middle linebacker Devin Nicholson to seal the Gamecocks’ fate.

“It was a lot of fun you know, getting to be out there with my guys in a great environment, the message this week was to just have fun, and I really think we did that tonight,” Doty said. “I definitely think I learned a lot, first time since I’ve been out there for really a whole half to play in a real game-like situation. The game is a lot faster than high school and it’s definitely something that I’m gonna have to keep working out and getting used to. I had a lot of fun with my guys and we’re going to find a way to get a win.”

Doty completed 14 of 23 passes for 189 yards. Running back Kevin Harris, the SEC’s leading rusher entering the game, pounded out 58 yards on 16 carries. The Gamecocks played all but their first series without standout receiver Shi Smith who was knocked out of the game after taking a hard hit while trying to make a catch. Tight end Nick Muse led the receivers with 6 catches for 67 yards.

The Gamecocks also hurt themselves with 11 penalties for 85 yards, and they allowed three sacks and nine tackles for loss. They were also hampered by poor field position all night. Three of their drives started inside their own three and their average starting field position was their own 15.

USC will play its final home game next Saturday night against Georgia.