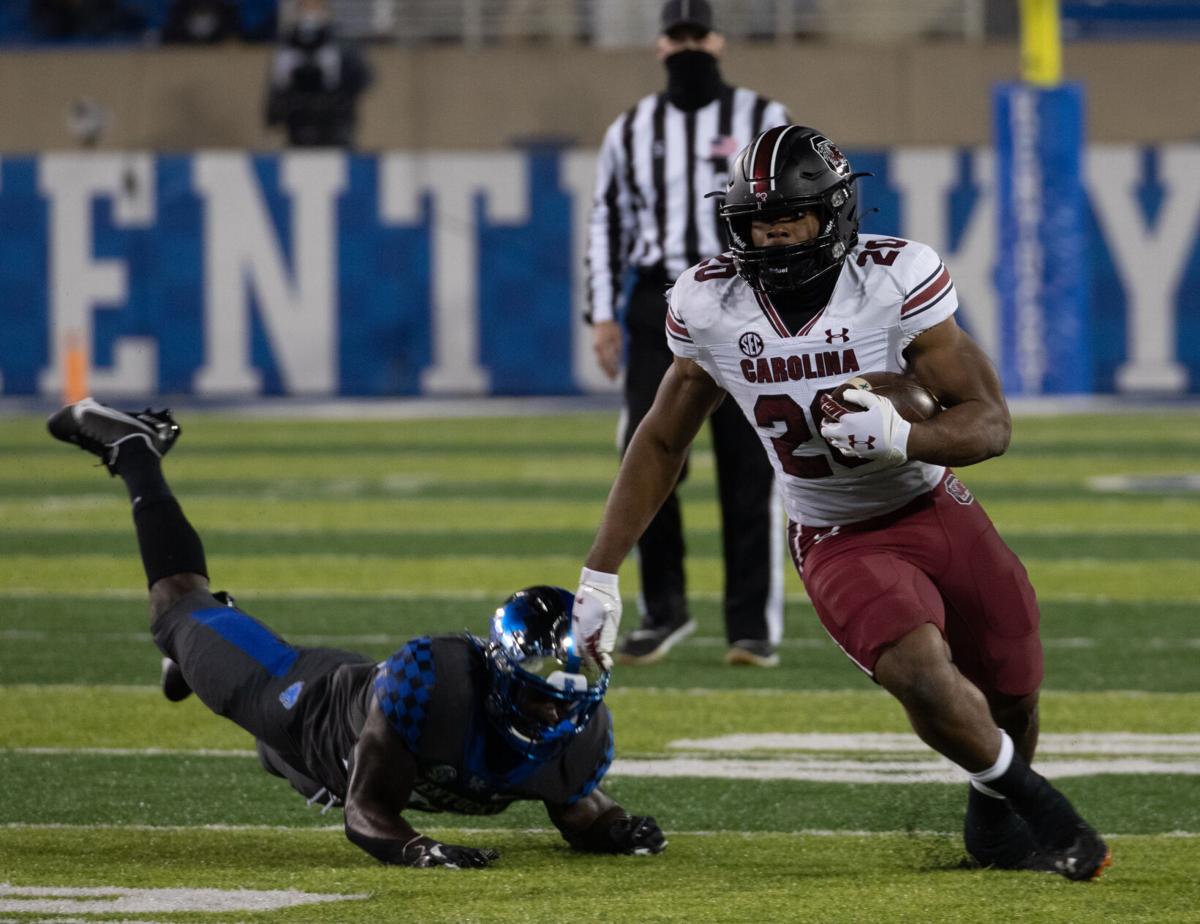 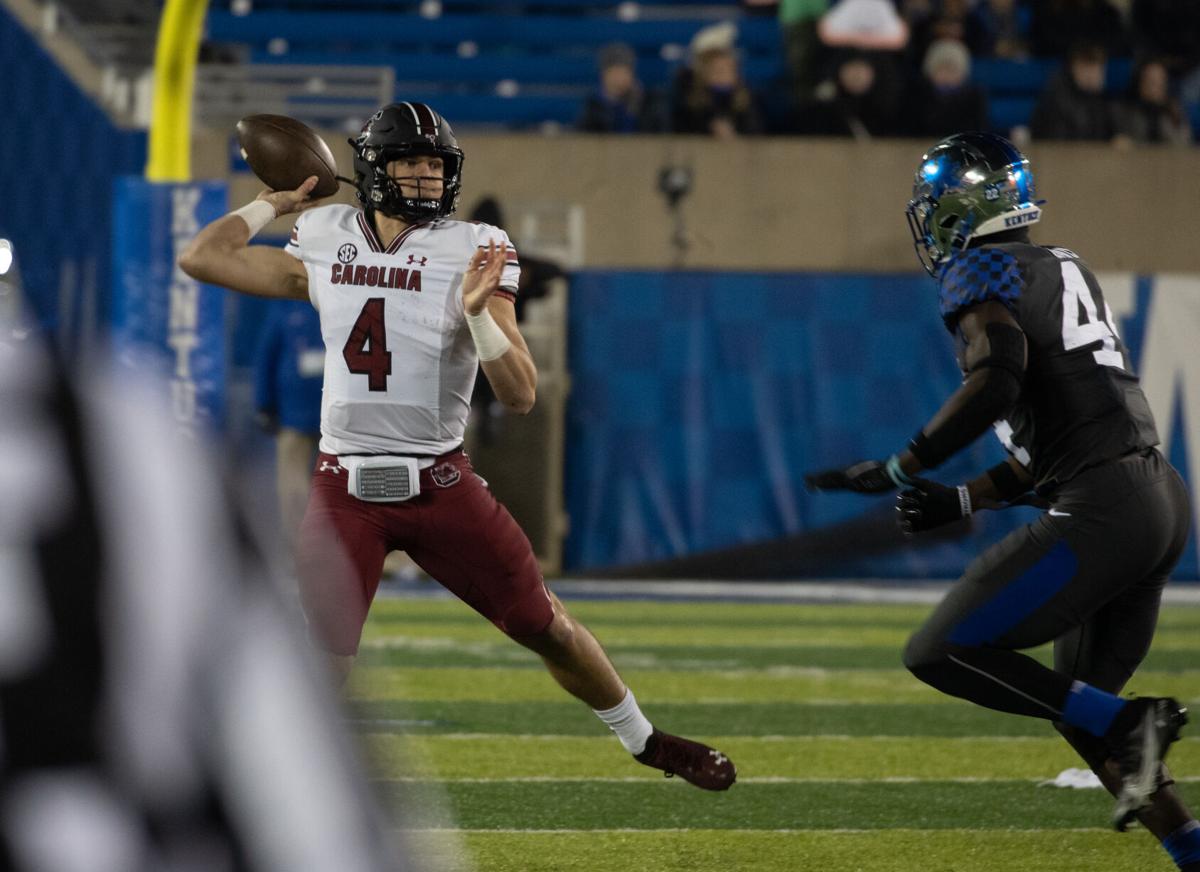 South Carolina’s depleted defense was no match for Kentucky Saturday night in Lexington as the Wildcats beat the Gamecocks 41-18. The Gamecocks close out the regular season on a six game losing streak and with a 2-8 record, their fewest number of wins since the winless season of 1999.

Only two starters on defense from the season opening game against Tennessee were in the lineup for the Gamecocks against Kentucky, and the replacements were manhandled by the stronger and more experienced Kentucky offense.  The Wildcats had 492 yards.  Quarterback Terry Wilson threw for 291 yards, and the running game churned out 201 yards and five touchdowns.  Chris Rodriguez rushed for 139 yards and 3 touchdowns, and Asim Rose had 101 rushing yards and 1 touchdown.

“Hats off to Kentucky for their effort tonight,” Gamecock interim coach Mike Bobo said. “They were efficient in running the ball and throwing the ball.  Just didn’t have enough tonight, but I appreciate our kids fighting in the second half.”

The Gamecocks did manage 404 offensive yards, most of it from the legs of running back.  He became the Gamecocks’ ninth 1000 yard rusher with a 210 yard, 1 touchdown night.  He now has 1138 rushing yards on the season, 5th most in school history.  Harris also has scored 16 touchdowns this season, tied for 2nd most all-time at USC.

“It felt pretty good, but it’s kind of bittersweet though,” Harris said. “I’m not surprised.  I mean, I had goals, and I reached them.  And a shout out to my O-line, too.”

The Gamecocks fell into a 27-3 hole at the half, and it became 34-3 after the Wildcats opened the second half with a long scoring drive.  The Gamecocks did show some fight scoring the next 15 points to make it a two-possession game at 34-18 with 5:12 to play.  But Rodriguez broke off a 79 yard run on the first play of Kentucky’s next possession to put the game on ice.

USC was hurt by 4 turnovers that led to 13 Kentucky points, and the Wildcats’ defense broke thru the line for 9 tackles for loss.  USC quarterback Luke Doty never could get the passing game going hitting just 11 of 25 attempts for 85 yards.

Overshadowing the game for USC fans, however, was the news that was confirmed by Bruce Feldman of The Athletic late Saturday night that Oklahoma assistant head coach Shane Beamer would be hired as the Gamecocks’ new head coach. Beamer is expected to be in Columbia Sunday and a formal announcement from USC could come at some point during the day.

There still could be another game for the USC team. Because of the reduced number of teams playing this season due to Covid, there is no minimum number of wins required for a bowl game, and conferences will want to fill all of their slots with their teams. It’s possible the SEC will want to have USC play in one of those games.