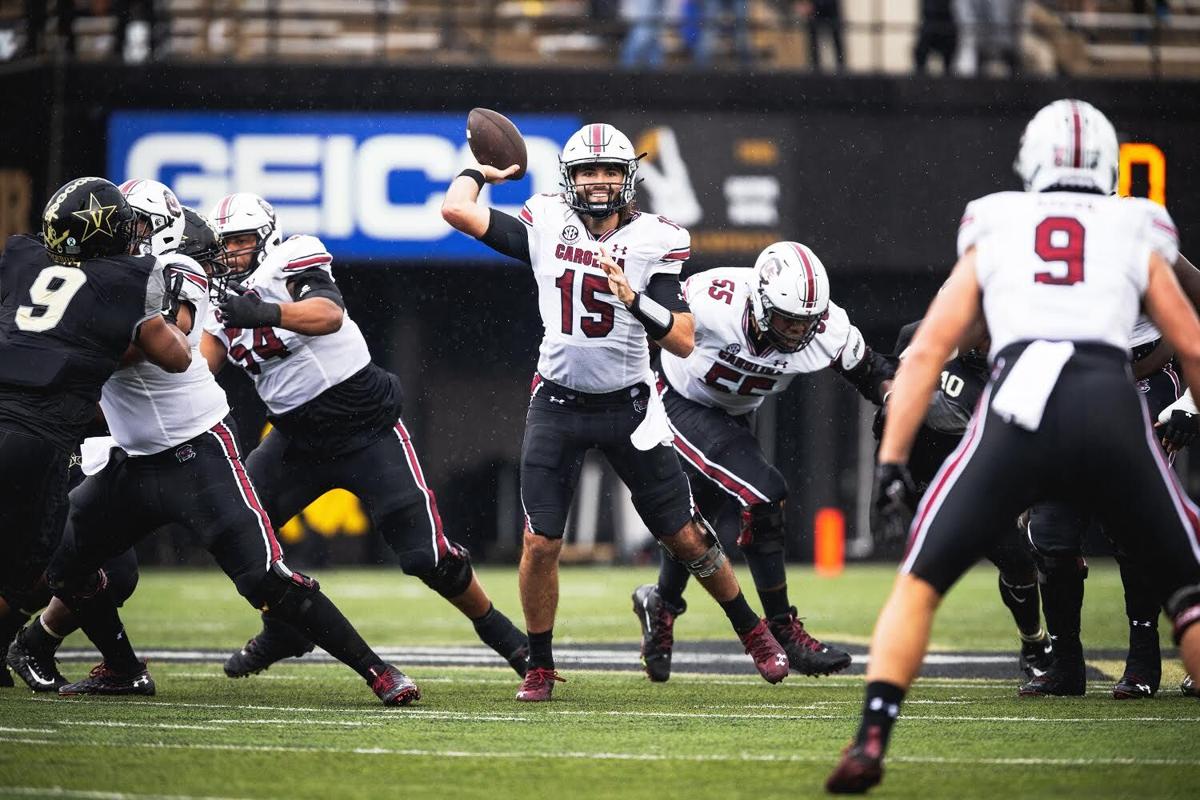 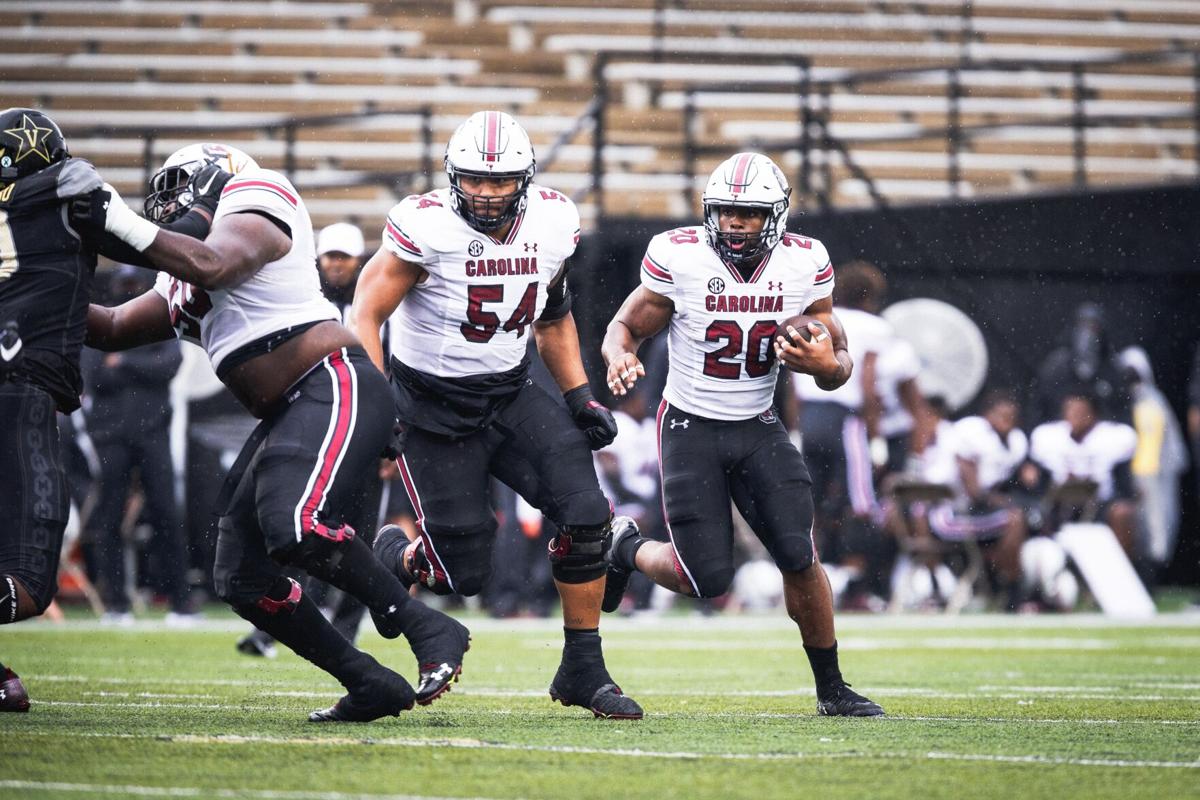 South Carolina snapped a five game losing streak while extending its winning streak against Vanderbilt to an even dozen with a 41-7 win Saturday afternoon in rainy Nashville.  The Gamecocks improved to 1-2 on the season while the Commodores dropped to 0-3.

The Gamecocks outscored the Commodores 31-7 in the second half and Will Muschamp was able to go deep into his bench. Leading 10-0 in the third quarter, the Gamecocks thwarted a Vanderbilt fake punt attempt and took over at the Commodores’ 34.  Two rushes by Kevin Harris produced the touchdown for a 17-0 lead.

Vandy responded with a touchdown drive, but the Gamecocks came right back with 9 play, 75 yard drive capped by a 10 yard run by quarterback Collin Hill.

Later in the quarter, Parker White booted his second field goal of the game for a 27-7 lead, then early in the fourth quarter, Harris put the game away with an 88 yard touchdown run, tied for fourth-longest in Gamecock history.

Receiver Dakereon Joyner finished off the scoring with a 47 yard scamper on a jet sweep for the 41-7 final.

Harris rushed for a career high 171 yards and 2 touchdowns.  Hill also scored twice and completed 16-24 passes for 196 yards.  His favorite target was tight end Nick Muse who had 5 catches for 85 yards.

Linebacker Ernest Jones, who sacked Vanderbilt quarterback Ken Seals on a fourth and two play from the Gamecocks’ three in the first quarter, finished with 13 tackles and 3 tackles for loss.

White had a pair of field goals, but he missed from 53 yards snapping his string of 14 straight makes, one shy of the school record.

Vanderbilt played with just 56 scholarship players due to Covid-19 issues and other injuries and was without its leading rusher and two of its top tacklers. And the Gamecocks were without starting defensive tackle Keir Thomas and reserve safety Jaylin Dickerson for undisclosed reasons.  Also, starting cornerback Israel Mukuamu missed the second half for an undisclosed reason.

The Gamecocks return home Saturday for a Noon kickoff against Auburn.