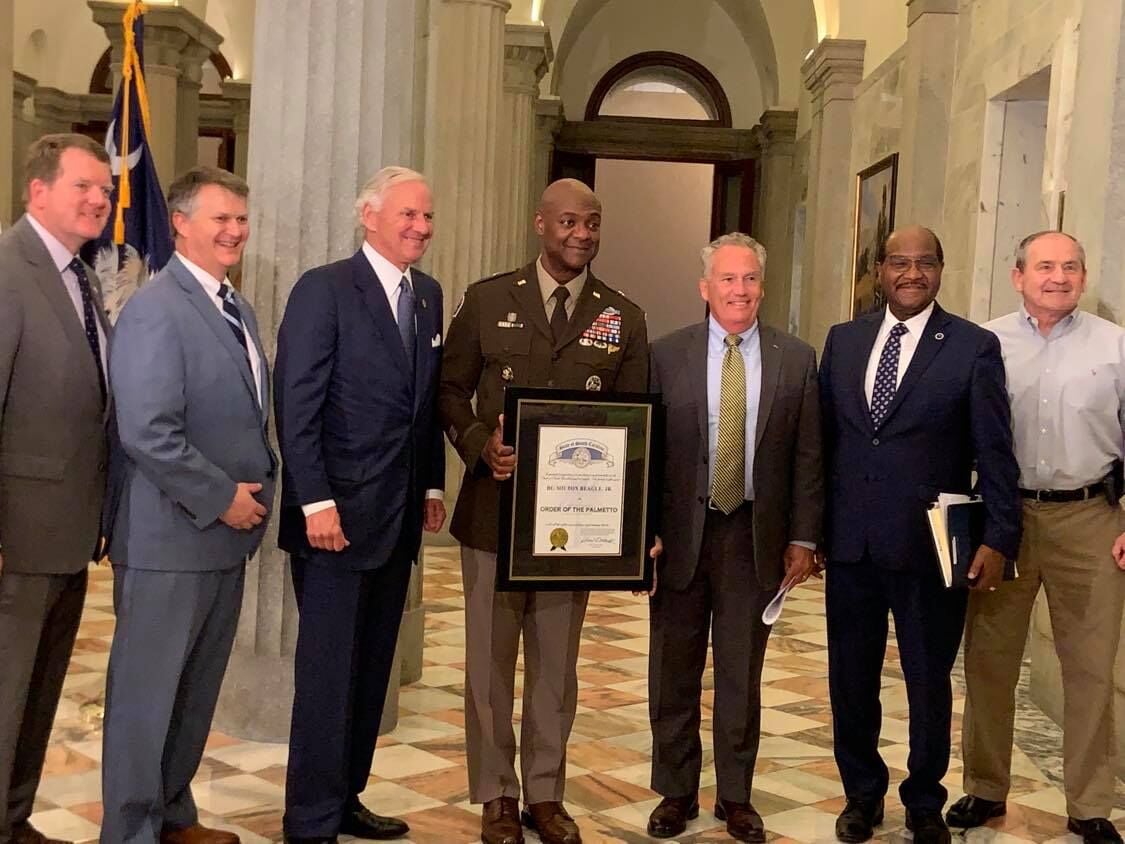 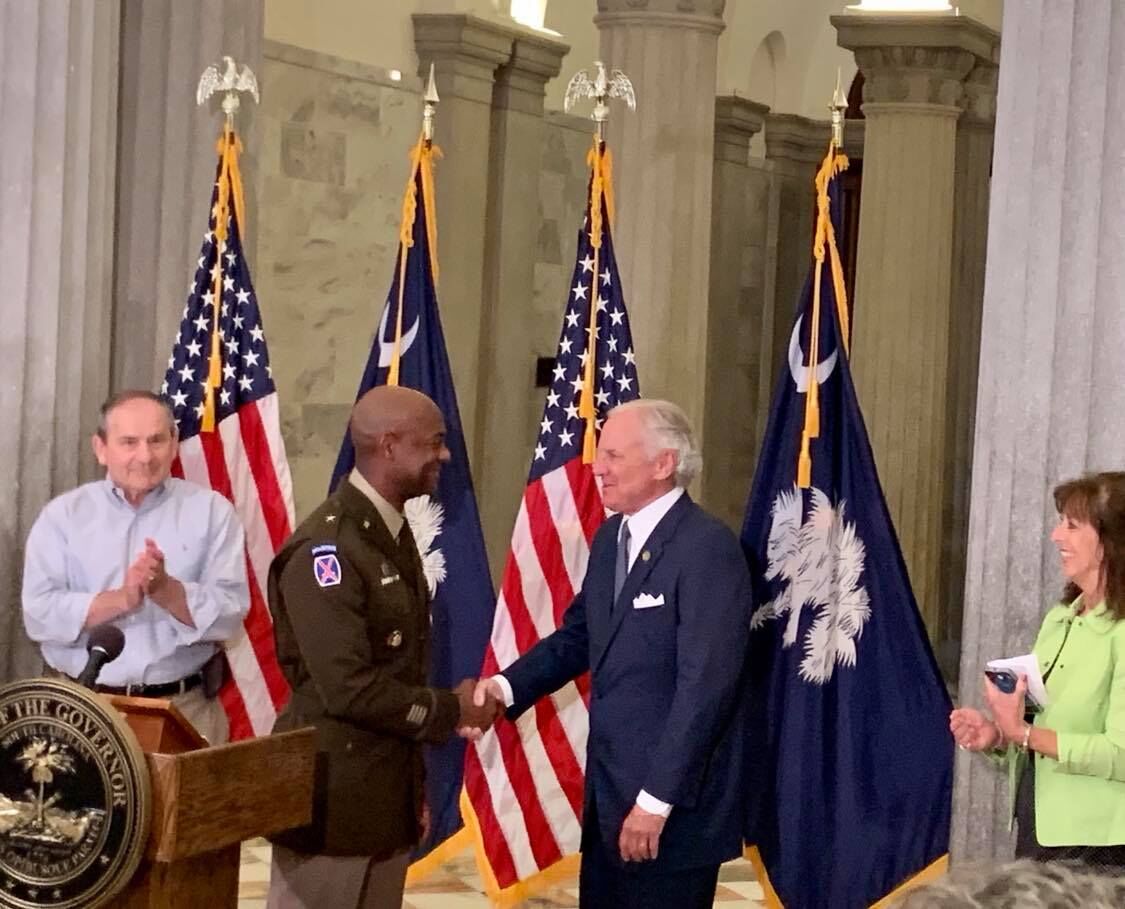 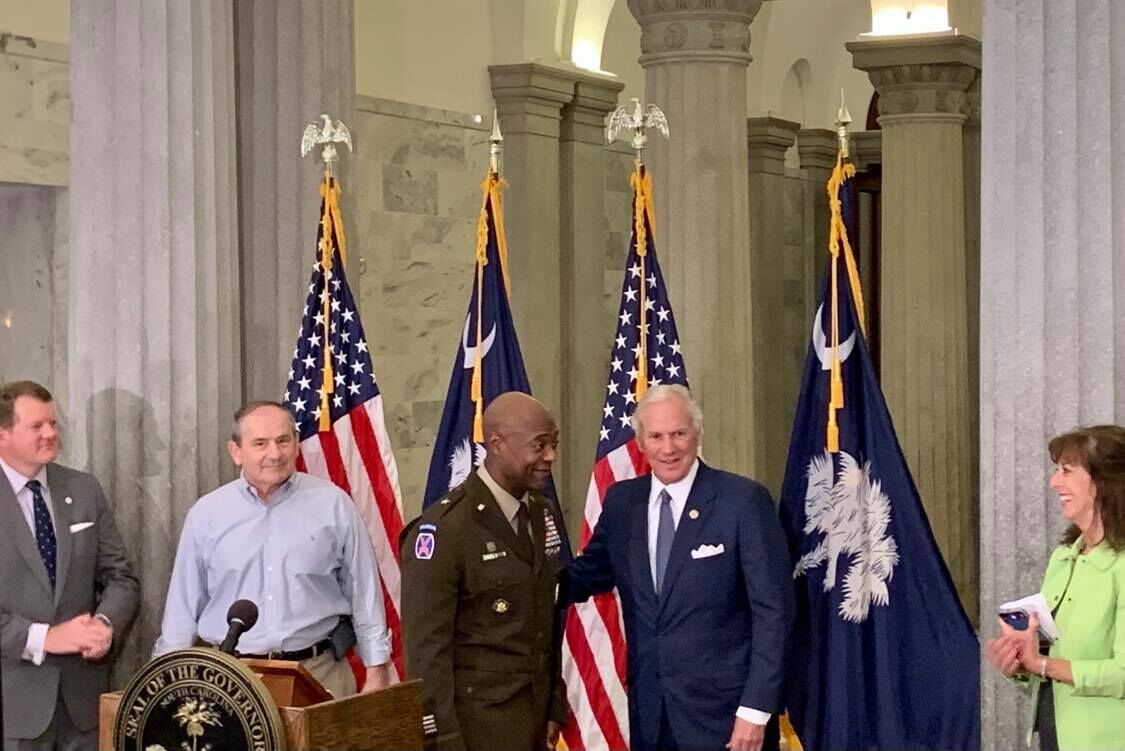 Brigadier General Milford Beagle Jr., Commanding General of Fort Jackson, was presented with a special award for his career of outstanding achievement and service to South Carolina Tuesday at the State House. Governor Henry McMaster honored Beagle with the Order of the Palmetto as he prepares to leave South Carolina for New York, where Beagle will join the Great 10th Mountain Division at Fort Drum.

“He's just that tremendous professional, cool under pressure, calm under fire, always maintains composure, and most importantly, always thinks of soldiers and their family members. And when you think of the hallmark of a leader, anybody who puts soldiers and their family members first is going to be the guy to succeed,” Secretary of Veteran’s Affairs William F. Grimsley said. “So I'm extraordinarily proud of this man.”

Beagle, an Enoree-born son of the state, was commissioned into the US Army infantry after graduating from South Carolina State. He has since commanded every level of troops from platoon to brigade. He also holds two master’s degrees, a variety of honorary badges and has served assignments like Battalion Commander in Korea and Commanding General of Fort Jackson.

“I know that our business community is going to miss him; I know that our military community, we have hundreds of thousands of veterans here, who will hate to see him go; but as General Grimsley said, that we are confident we will see him again,” said McMaster before presenting the award.

Beagle’s professionalism, expertise and success were recognized with the honor. The nomination process for the award was initially created 1971 by Governor John C. West.

Beagle said he felt very humbled by the recognition. “I am absolutely speechless. I don’t wear this uniform - you don’t take the oath for award or reward - it’s simply to serve our nation, and that’s what I’ve been able to do,” he said. “There’s no other greater place to serve than right here in South Carolina.”