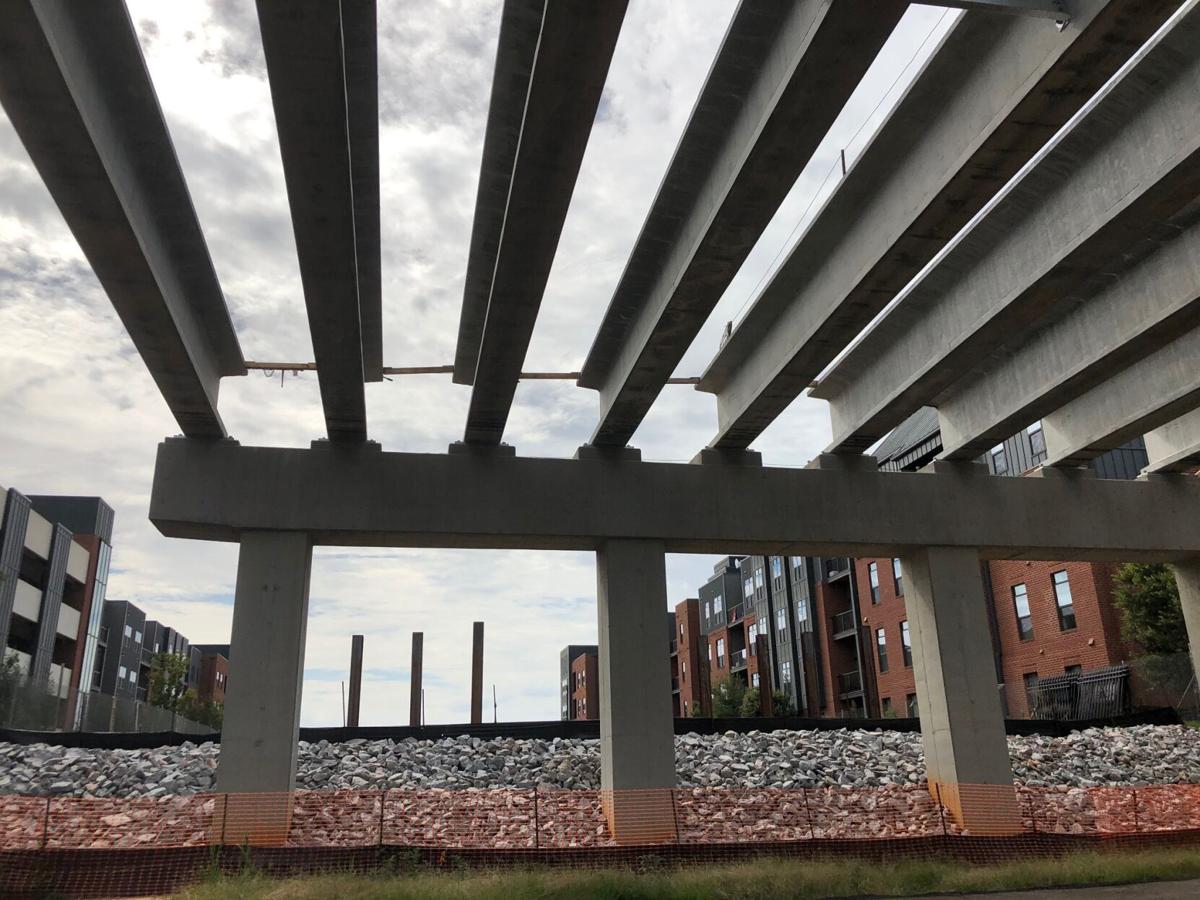 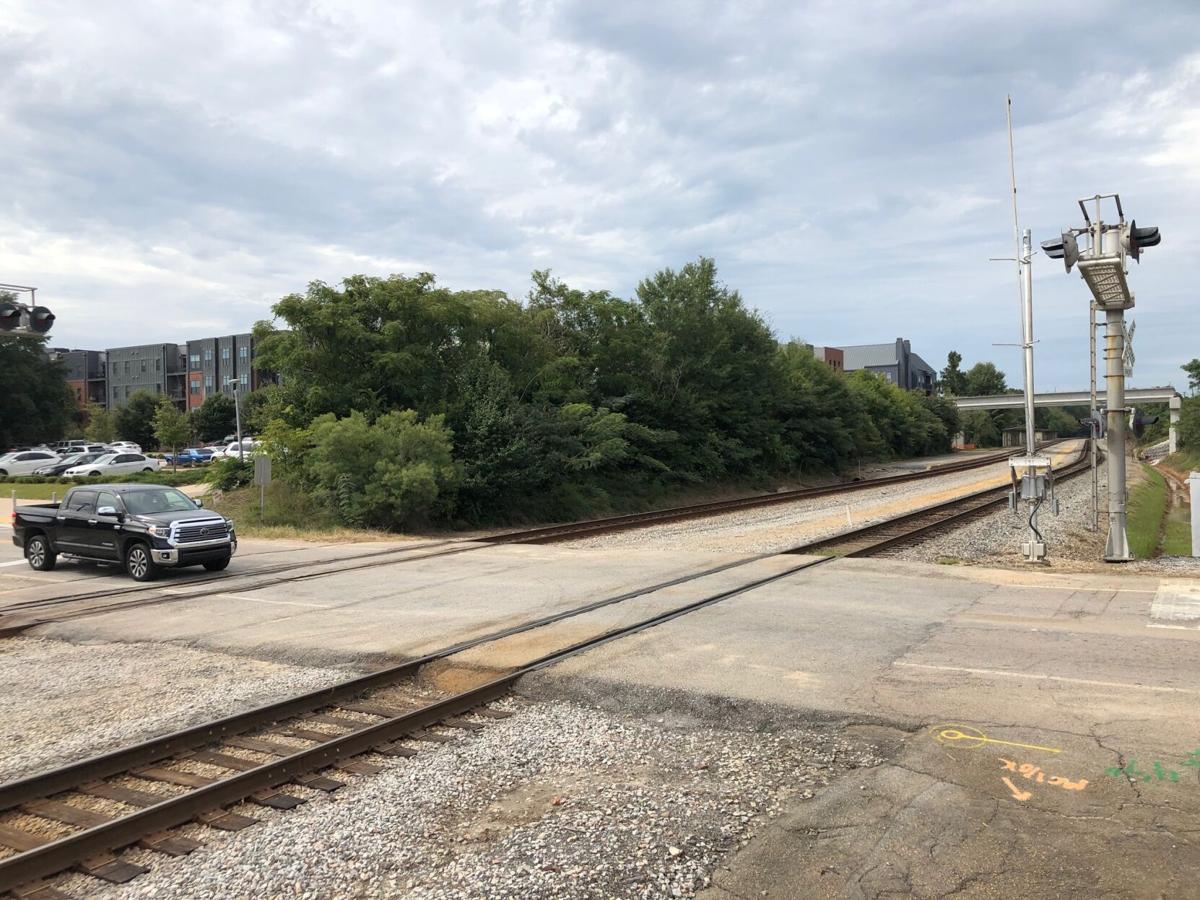 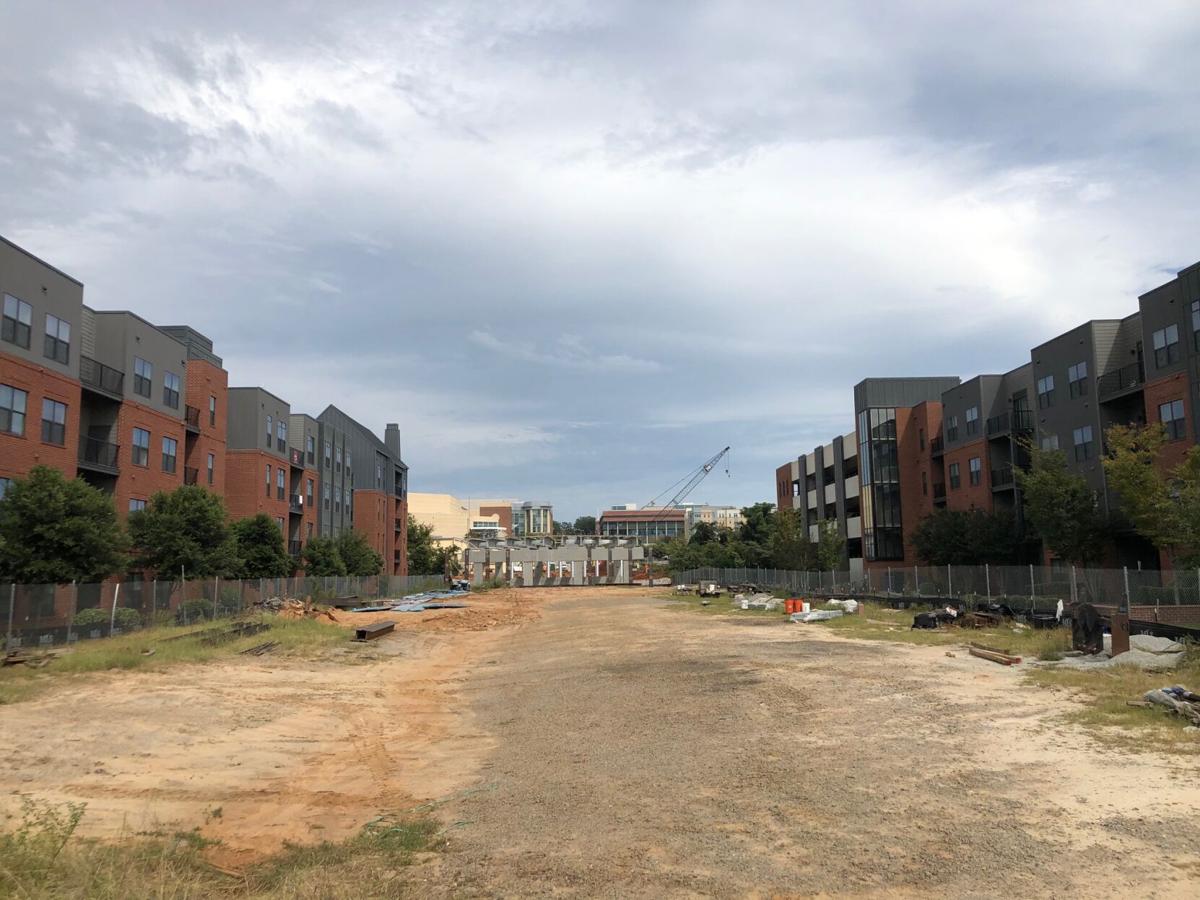 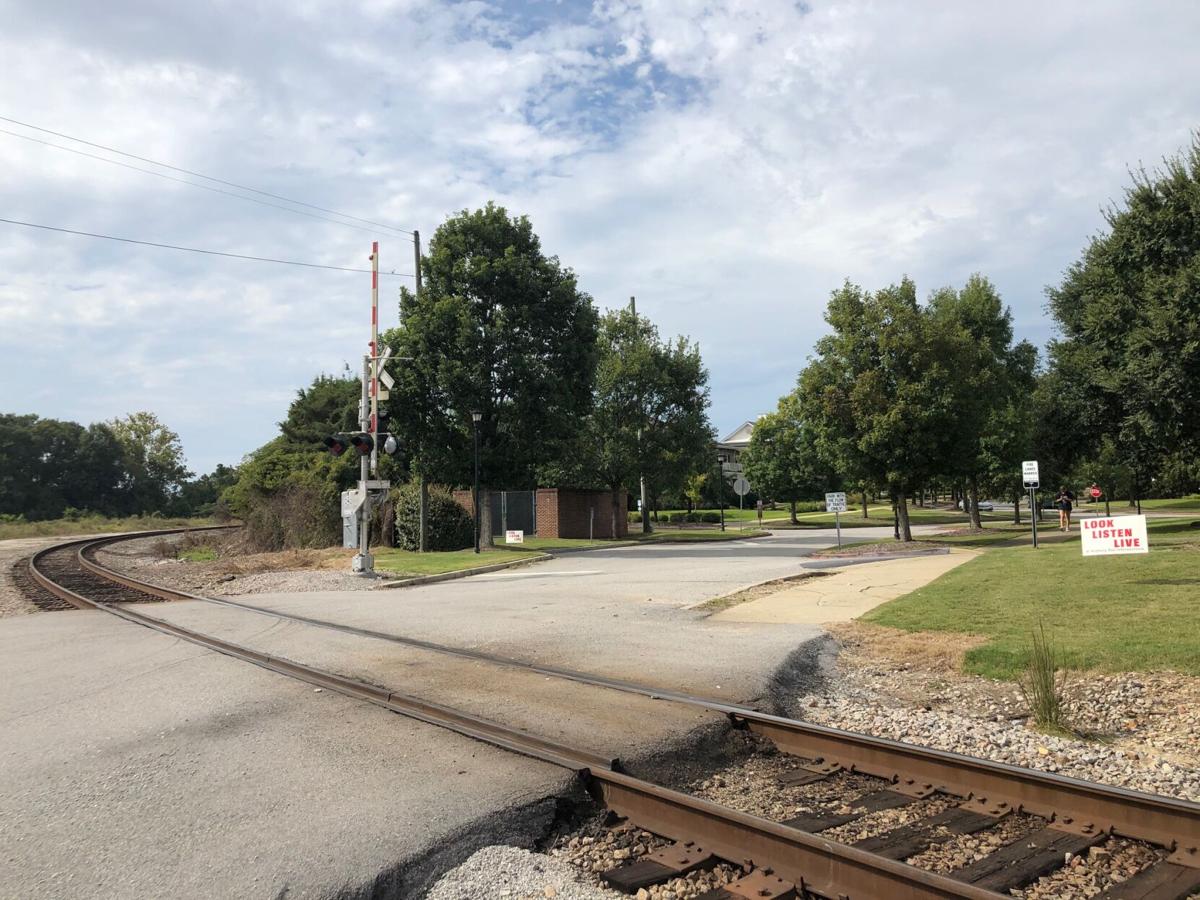 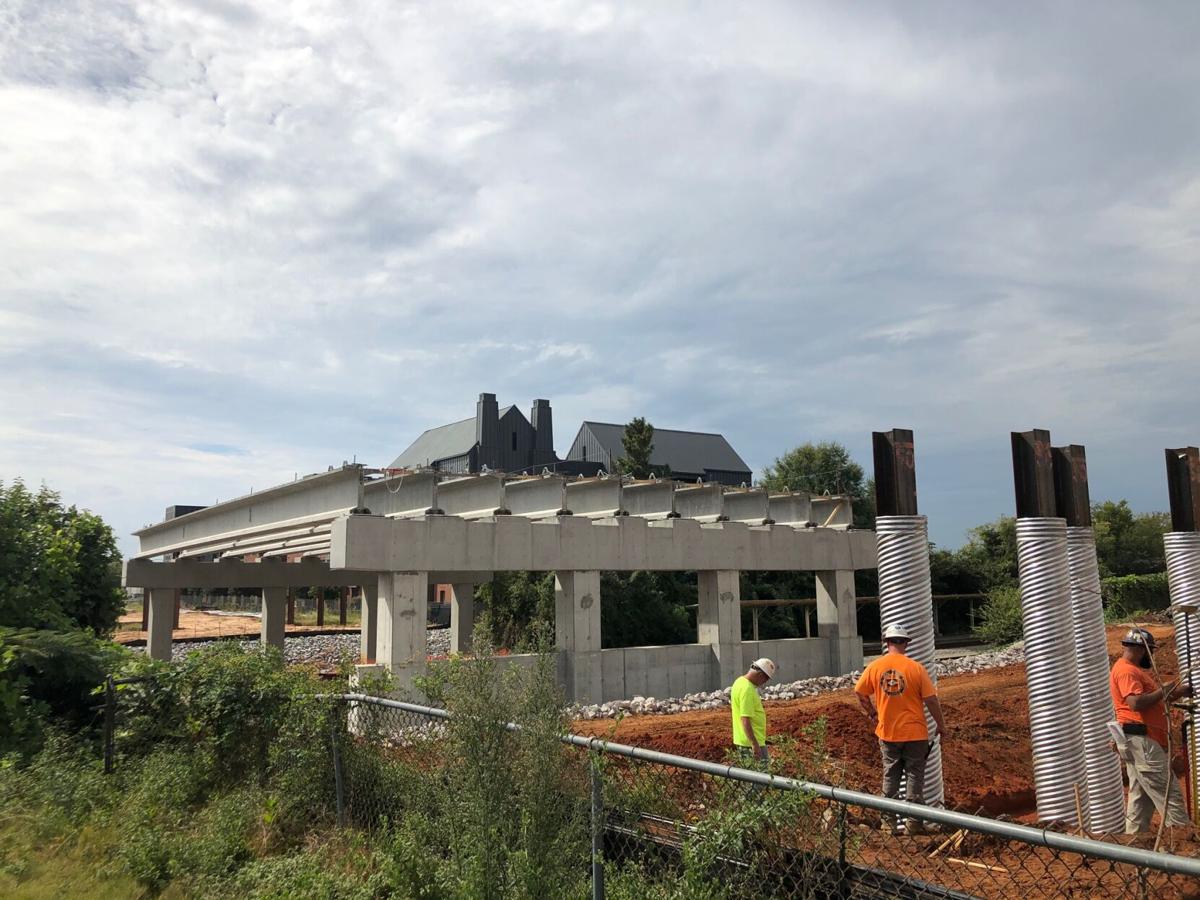 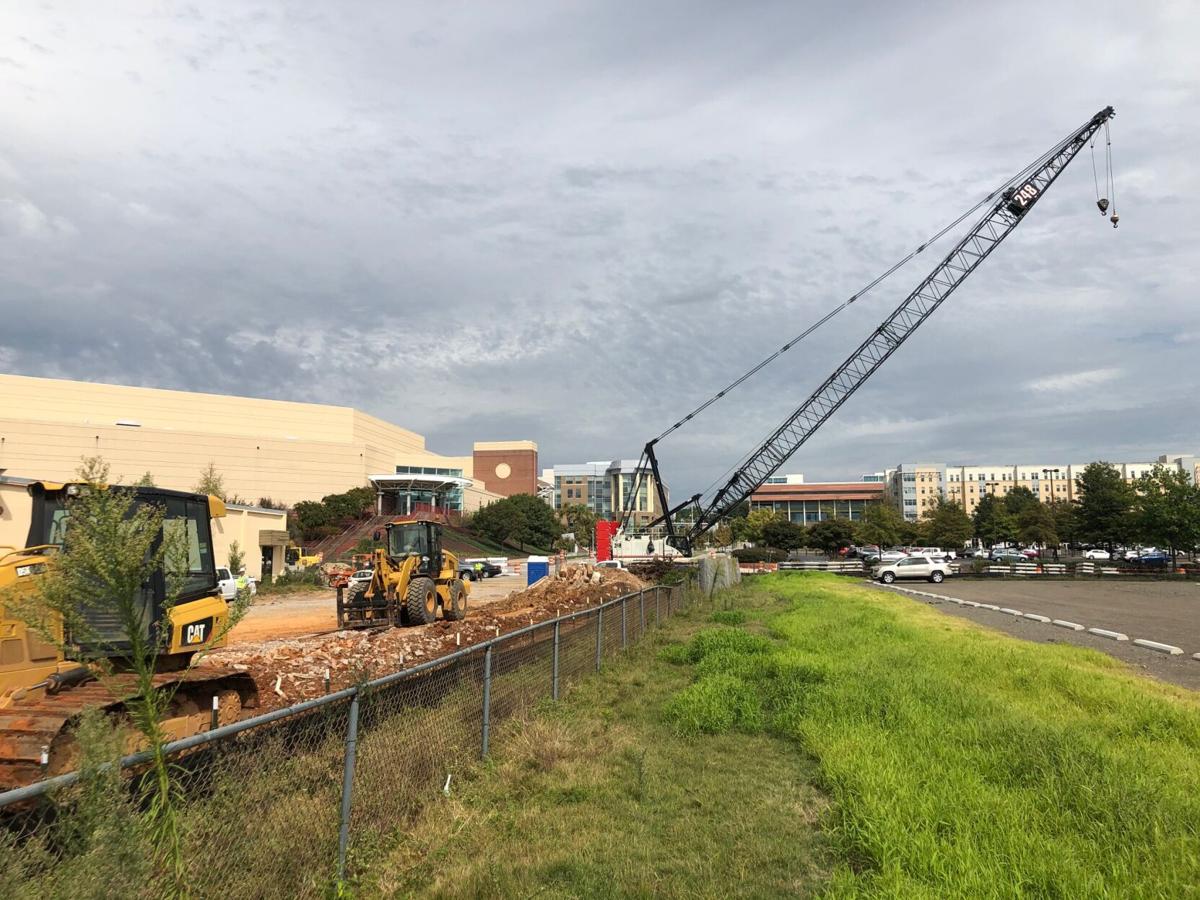 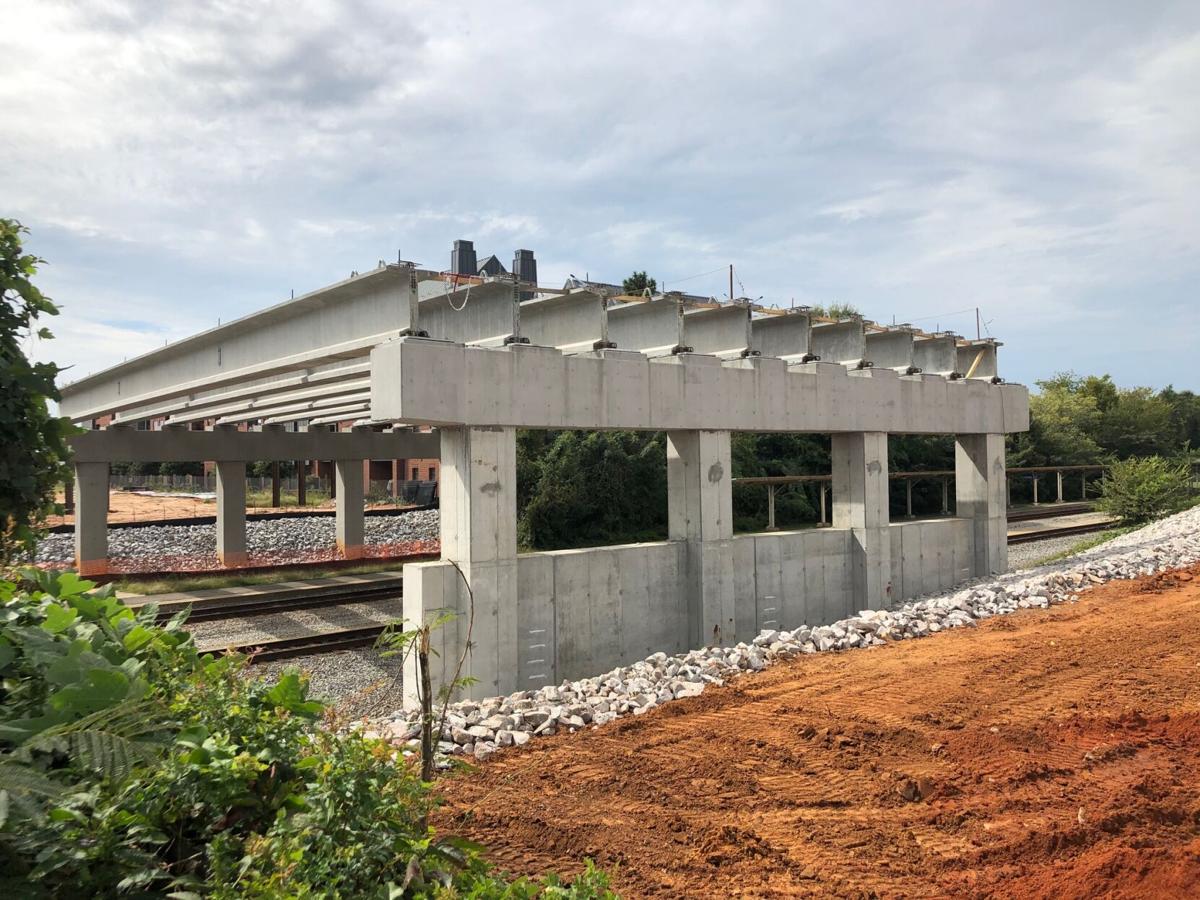 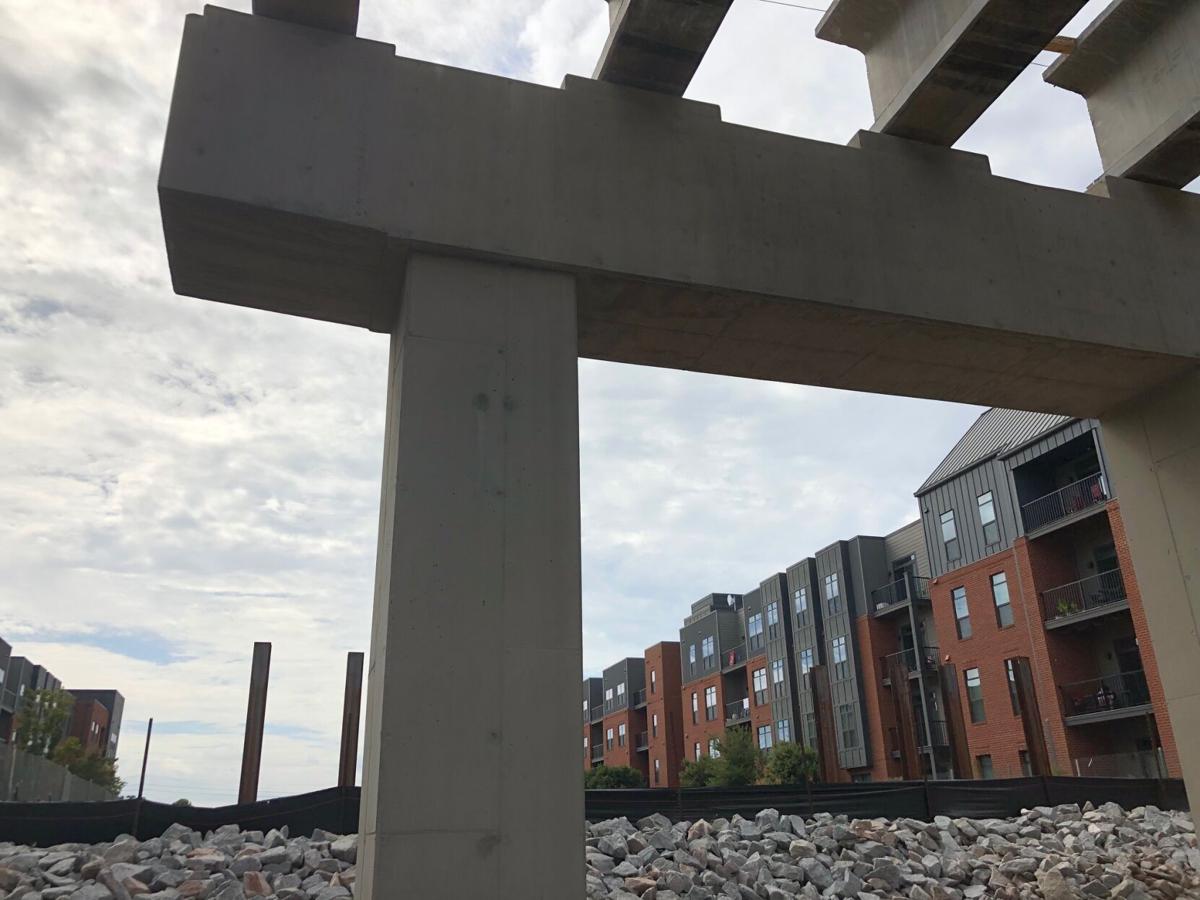 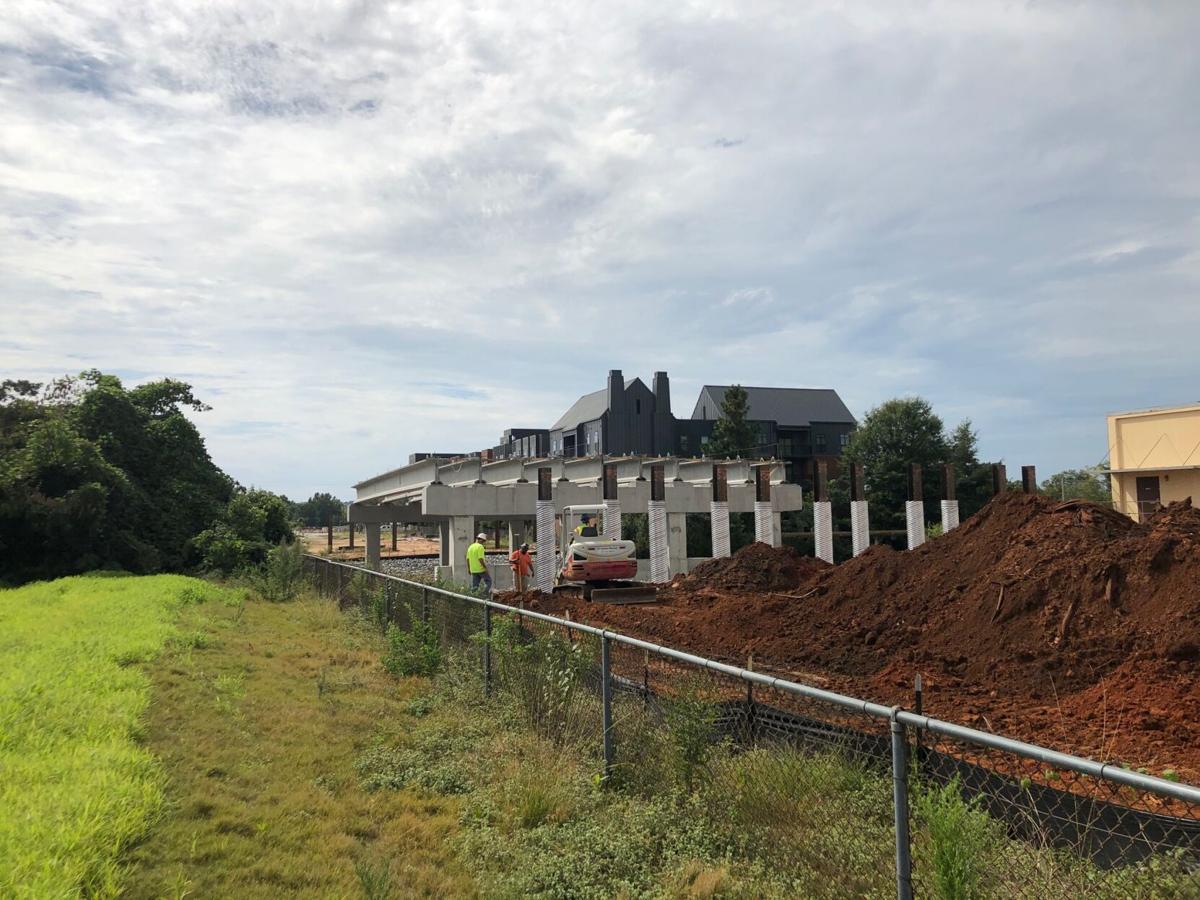 A new bridge is taking form in the Innovista region of downtown Columbia, after Richland County began construction in February.

According to the City of Columbia's website, the Innovista is roughly bounded by Gervais to the north, Catawba to the south, Assembly to the east, and the Congaree River to the west, encompassing about a quarter of Columbia's city center.

Once the project is complete, Greene Street will continue over the bridge and through the space between the Greene Crossing apartments. Cars, pedestrians and bicycles will be able to cross over the CSX and Norfolk Southern train tracks.

The bridge will connect Greene Street to Pulaski Street and open up to Huger Street, providing a new way for University of South Carolina students and Columbia residents to travel through the Innovista without crossing train tracks.

“No one is going to be stopping for the trains there anymore,” Richland County Director of Transportation Michael Neirmeier said. “They’ll have free flow over the Greene Street bridge from Huger and vice versa.”

Sophomore Justin Walsh, who will be a junior when the bridge is complete, said he thinks the bridge will eliminate an inconvenience. “Once it is all put together it’ll be beneficial,” Walsh said. “The trains are a bane of their [students’] existence.”

“Getting stuck by a train shouldn’t be something you have to schedule into your walk to class,” said sophomore Bryce Glenn, who will also be a student when construction finishes. Glenn said he would feel safer going across the bridge than active train tracks.

Cars and pedestrians will no longer be able to cross the train tracks at Devine Street near Thirsty Fellow and Gadsden Street in the UofSC Greek Village.

The road closures are typical requirements of railroad companies for construction over their tracks. The closures will not occur until the bridge is complete in February 2022, at the earliest.

Students who live at Palmetto Compress and Greene Crossing will have to walk or drive across the Greene Street Bridge to get to campus once the Devine Street intersection is closed.

“Initially I think that is going to be the biggest traffic disaster,” said Greene Crossing resident Haley Dobbs, who believes too many cars will be using the Blossom and Greene Street bridges with the intersection at Devine Street closed. Dobbs also dislikes that Greene Street will run between the two Greene Crossing buildings. Her concern is that there will be a noisier atmosphere at Greene Crossing when the road is complete.

The construction and closures are a part of the county’s goal to stop pedestrian traffic across the train tracks. A barrier with a guardrail and signage will most likely close the Gadsden Street intersection. Niermeier said he does not know what the closure at Devine Street will look like.

“When all said and done between construction, right of way acquisition for the project as well as design costs, it’ll be between 21 to 24 million dollars,” said Niermeier.

According to UofSC Division of Administration and Finance Communications Manager Koby Padgett, none of the university’s money has been spent on the project. However, the university maintains contact with Richland County regarding the construction.

“The university has had a representative at meetings for this project to make sure our infrastructure is not impacted and that the university doesn’t slow down the project,” said Padgett.