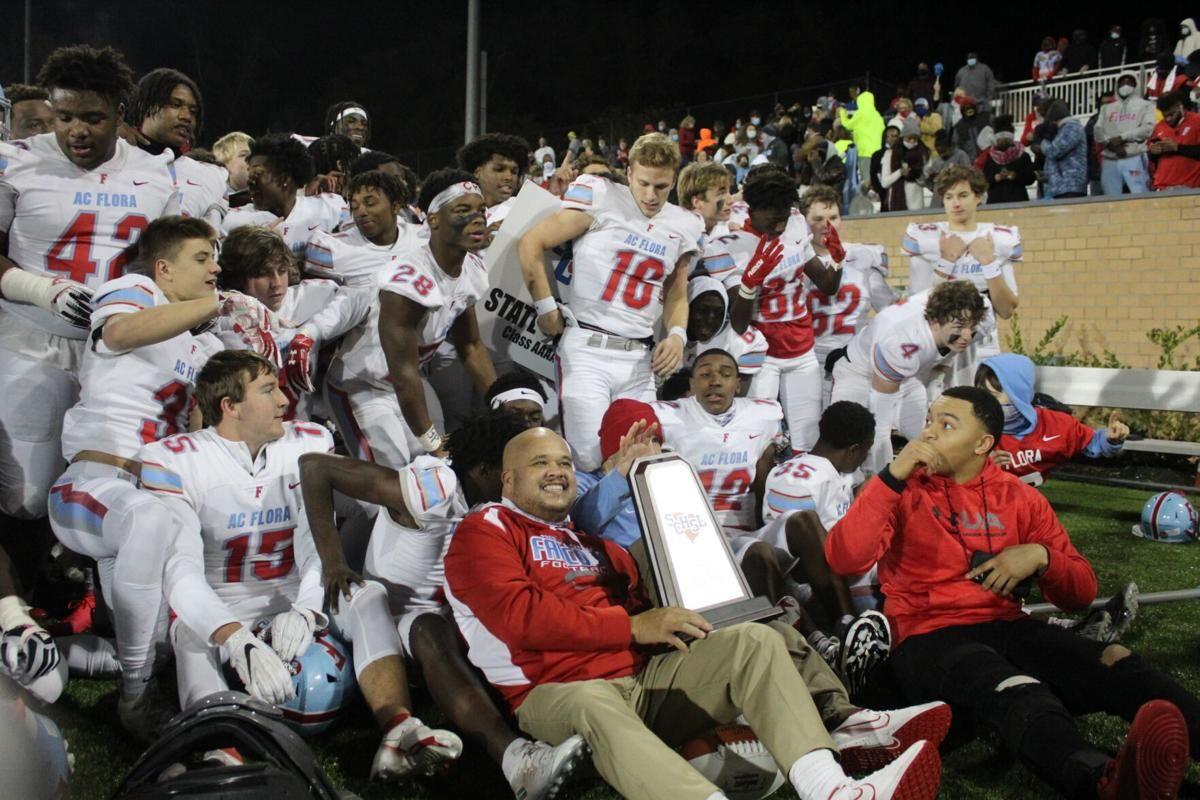 Dutch Fork after the Class 5A title game. GoFlashWin.com photo

The second week of the SC Prep Football Media poll saw few shakeups in the top of the rankings.

Defending state champions Dutch Fork in Class 5A and AC Flora in Class 4A remain atop their respective classifications.

The Silver Foxes rolled to a 70-8 win over Wren for their 51st straight game without a loss, 50th straight in-state victory and 28th consecutive road win. Meanwhile, the Falcons were inactive last week after Week 0 opponent Brookland-Cayce cancelled due to COVID-19 protocols.

AC Flora will open the season this Friday at home against Class 5A seventh-ranked Sumter.

Ridge View moved up to fourth in Class 5A after its 40-20 televised win over Westwood. The Blazers play host to North Augusta Friday.

Other Midlands teams who were also idle, but remained in the rankings were Irmo (eighth in Class 4A), Gilbert (fourth in Class 3A), which moved up four spaces, and Brookland-Cayce (ninth in Class 3A).

In Class 2A, Gray Collegiate remained second behind defending champion Abbeville following a 26-6 win over Class 3A Camden. The War Eagles will play host to sister school and Class 3A sixth ranked Oceanside Collegiate at Midlands Sports Complex in West Columbia.

Both Bateburg-Leesville and CA Johnson fell out of the Class 2A and Class A rankings, respectively, following Week 0 losses.