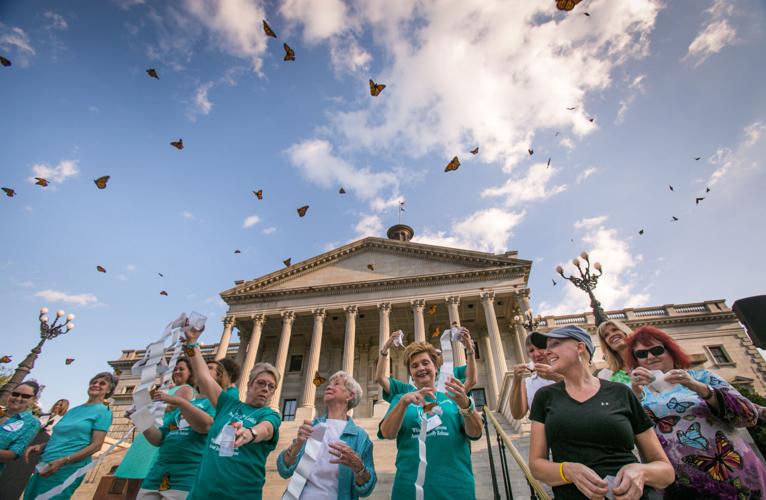 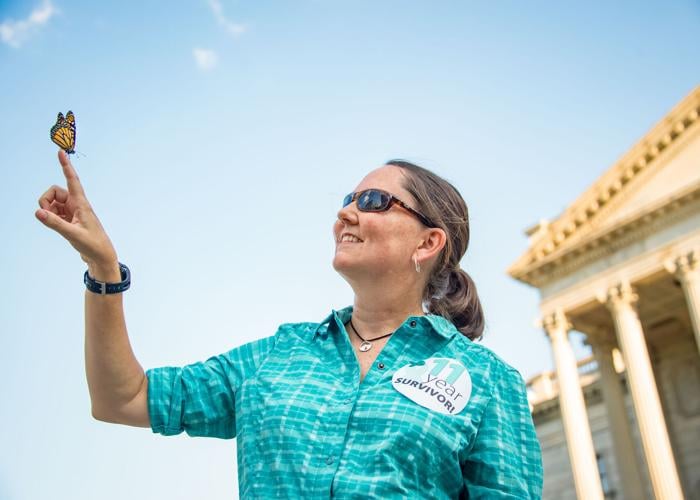 (Photo courtesy of the Ovarian Cancer Coalition of Central SC)

September is National Ovarian Cancer Awareness Month, and the Ovarian Cancer Coalition of Central SC will hold the annual butterfly release for ovarian cancer at the SC State House. The event will take place Sept. 22 at 5:30 p.m. and its purpose is to raise awareness of the deadly disease.

The Cathy B. Novinger Butterfly Release for Ovarian Cancer is named for the organization’s founder who lost her life to the disease in 2016. According to the organization, each year almost 20,000 women will be diagnosed with ovarian cancer, and of those more than 14,000 will lose their lives. One in 78 women will develop some form of ovarian cancer in their lifetime.

Participants will release hundreds of butterflies in memory or honor of a relative or friend who has been affected by ovarian cancer and other female-related cancers.

Proceeds from the event help further the organization’s mission of educating women in the Midlands about ovarian cancer. Visit www.ovariancancermidlands.org for more information or to purchase a butterfly.