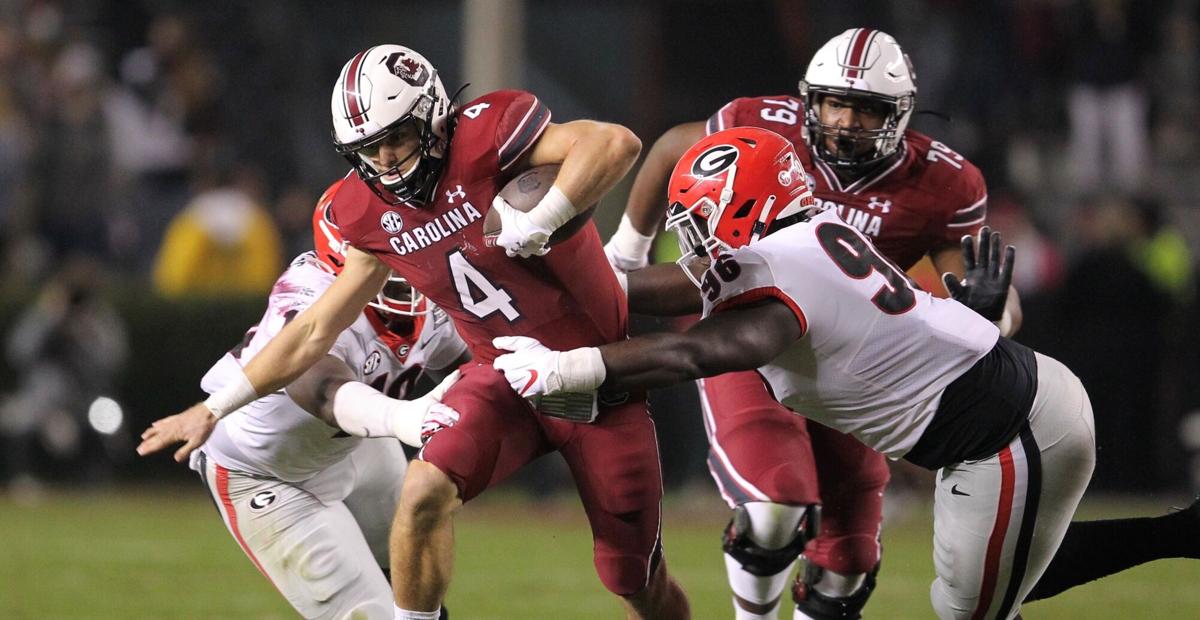 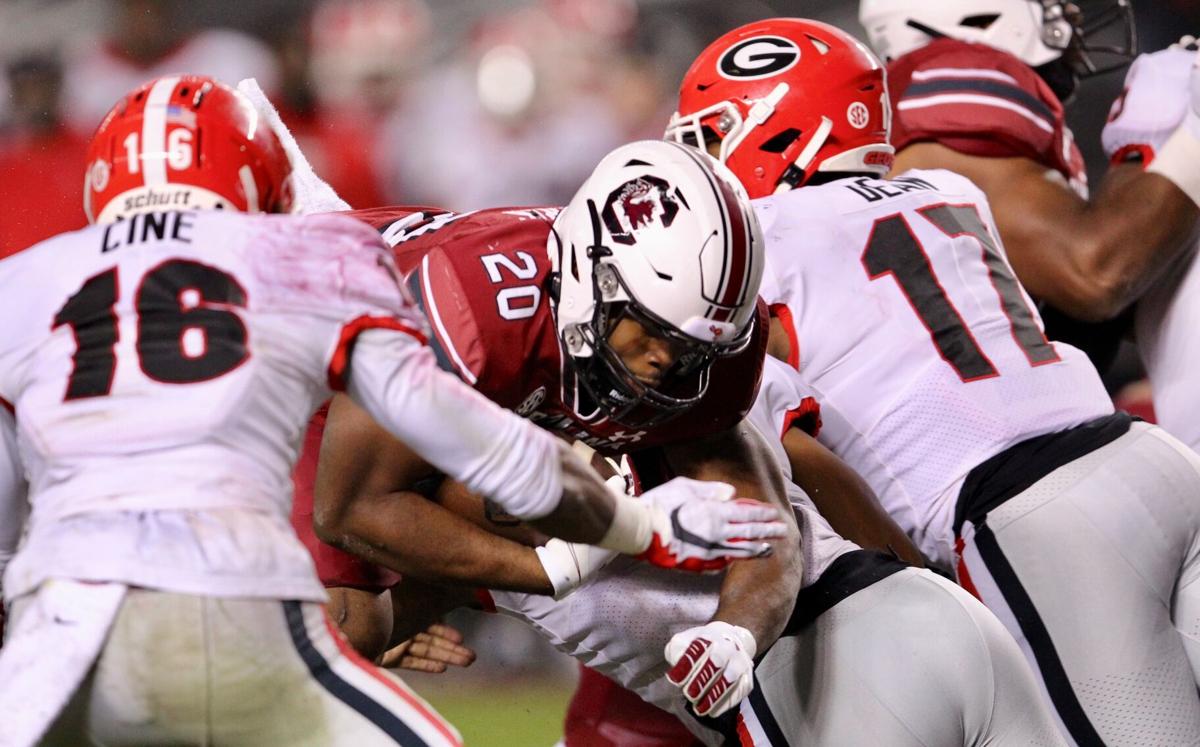 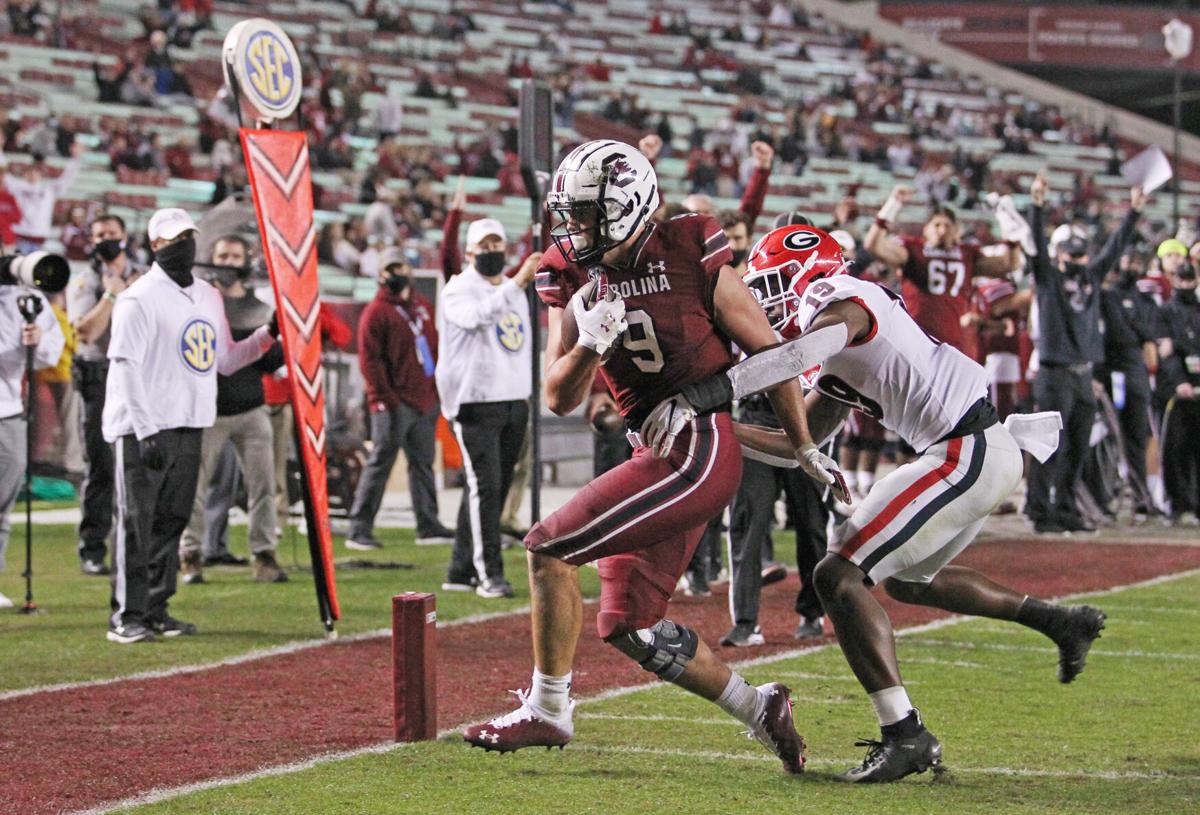 Ninth-ranked Georgia easily avenged its upset loss at the hands of USC last season with a 45-16 victory in Columbia Saturday night spoiling the Gamecocks’ Senior Night.

The depleted Gamecock defense was no match for a Georgia offense bent on running the football. The Bulldogs rushed for 332 yards including 8 rushes of 10 yards or more. The Bulldogs finished with 471 total yards and averaged 7.6 yards per snap.

Georgia scored touchdowns on its first three possessions for a 21-10 lead. The Gamecocks mounted a brief rally with a touchdown and a field goal to pull to within 21-10. But the Bulldogs responded with another touchdown drive and led 28-10 at the half.

After USC punted to open the second half, Georgia struck again for a 35-10 lead and the route was on.

“They came in and dominated the game in all three phases,” USC interim coach Mike Bobo said. “More physical than us at the line of scrimmage and it showed. Too many lost yardage plays offensively to get us behind the chains and not enough explosive plays offensively. Defensively the number one thing is we couldn’t stop the run. Inability to get off the field on third down. Just a long night. Hats off to them. We got one more week against Kentucky and we’ll challenge the guys with one more opportunity to go fight. We’re going to find out who wants to fight. If you want to fight they’ll be on the plane going to Lexington.”

James Cook led the Bulldog ground game with 104 yards on just 6 carries, an average of 17.3 yards per attempt. He scored a pair of touchdowns as well, as did Zamir White who added 84 yards on the ground.

Quarterback JT Daniels, who passed for 401 yards last week, did not need to carry the offense against the Gamecocks. He completed 10 of 16 passes for 139 yards and 2 touchdowns.

The Georgia defense made life tough for Gamecock freshman quarterback Luke Doty who was making his first career start. The running room he found last week against Missouri just wasn’t there against the more physical, and faster, Bulldog defensive front. He was sacked four times and finished with minus 15 yards on the ground.

Doty did complete 18-22 passes for 190 yards and one touchdown. His favorite target was tight end Nick Muse who had eight catches for 131 yards and caught his first touchdown pass as a Gamecock.

“We got a lot of talent and we just got to put all the pieces together,” Muse said. “One thing I do love about this team is a lot of young bucks played today and no one gave up. You can look at the score and say ‘oh we’re down 40-something to 10 but at the end of the day we had third strings, fourth strings, it didn’t matter. Whoever was put out there they did their job, they tried their best and I just saw a lot of non-quitting. A lot of people who were put on the spot and they tried to make the best of their thing and some seniors who usually don’t play got to play today so that’s also a good thing, but we didn’t come out the win, so, that’s not something we want at the end of the day.”

Kevin Harris, the SEC’s second leading rusher coming into the game, was held to just 53 yards. The Gamecocks had just 83 yards on the ground and averaged less than two yards per attempt.

What type of businesses would you like to see occupy the empty storefronts?