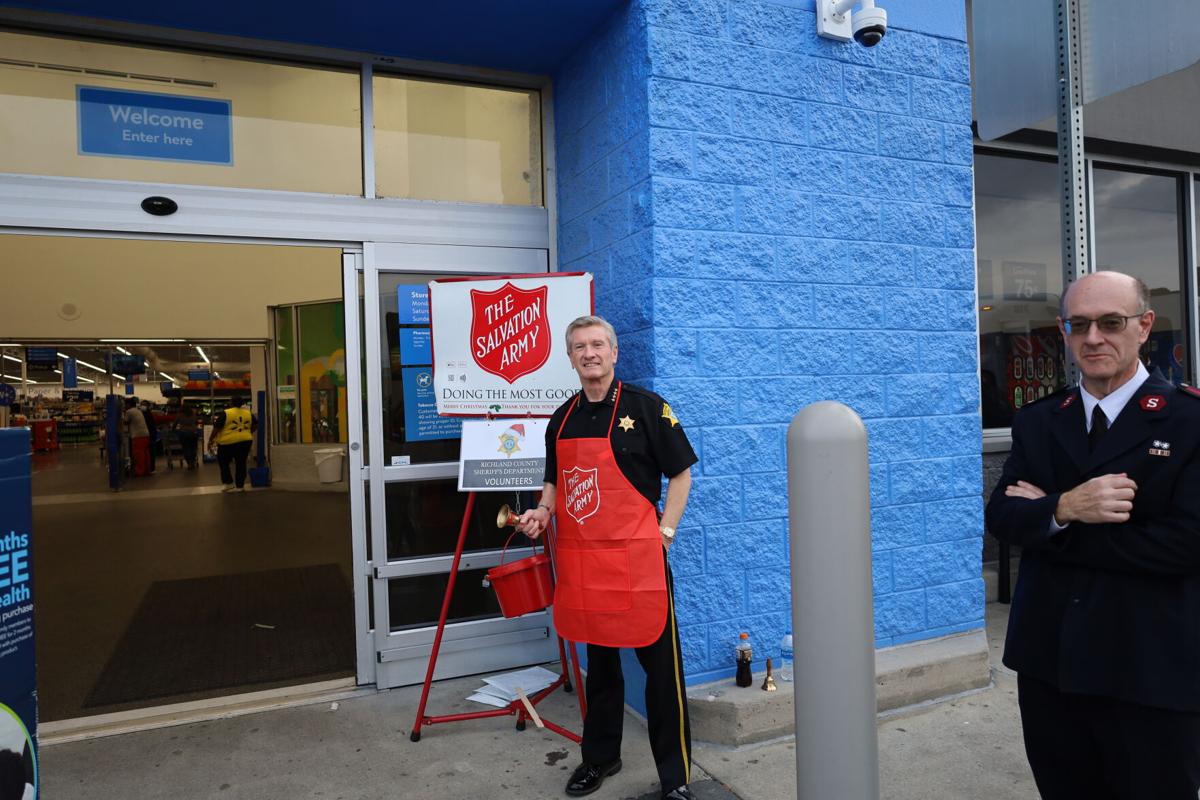 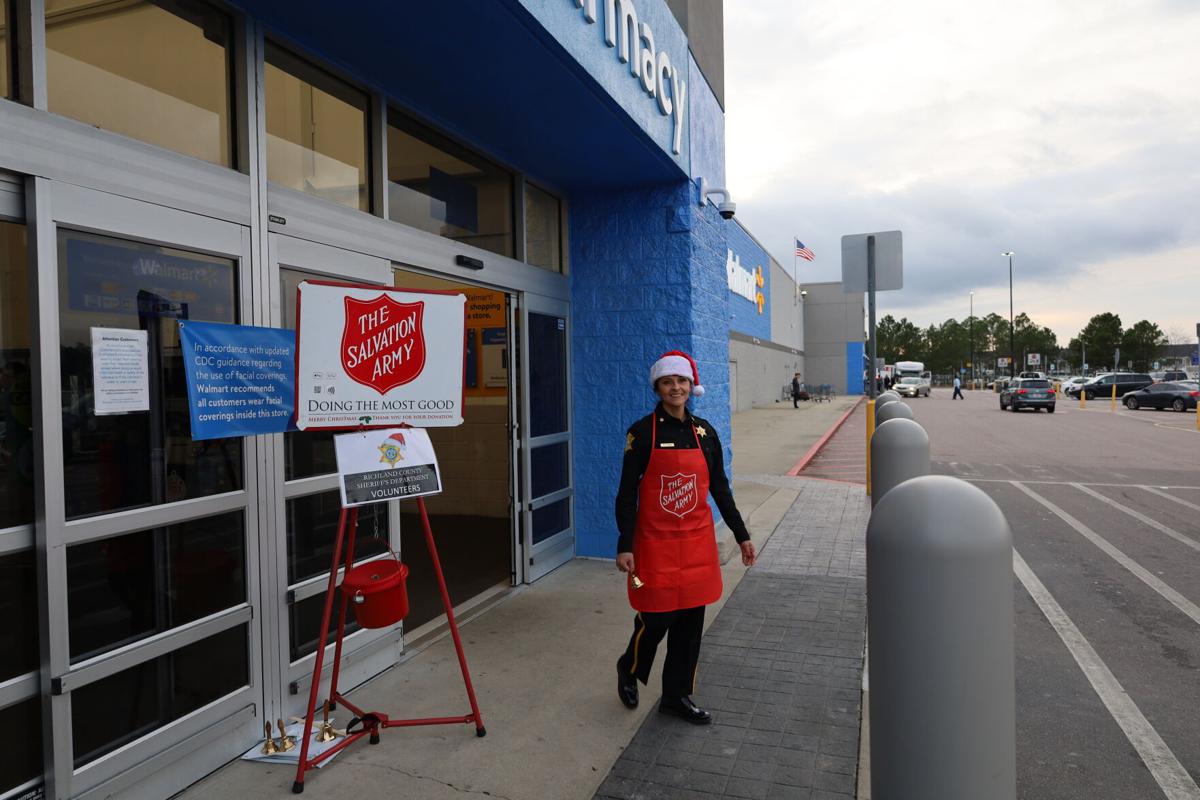 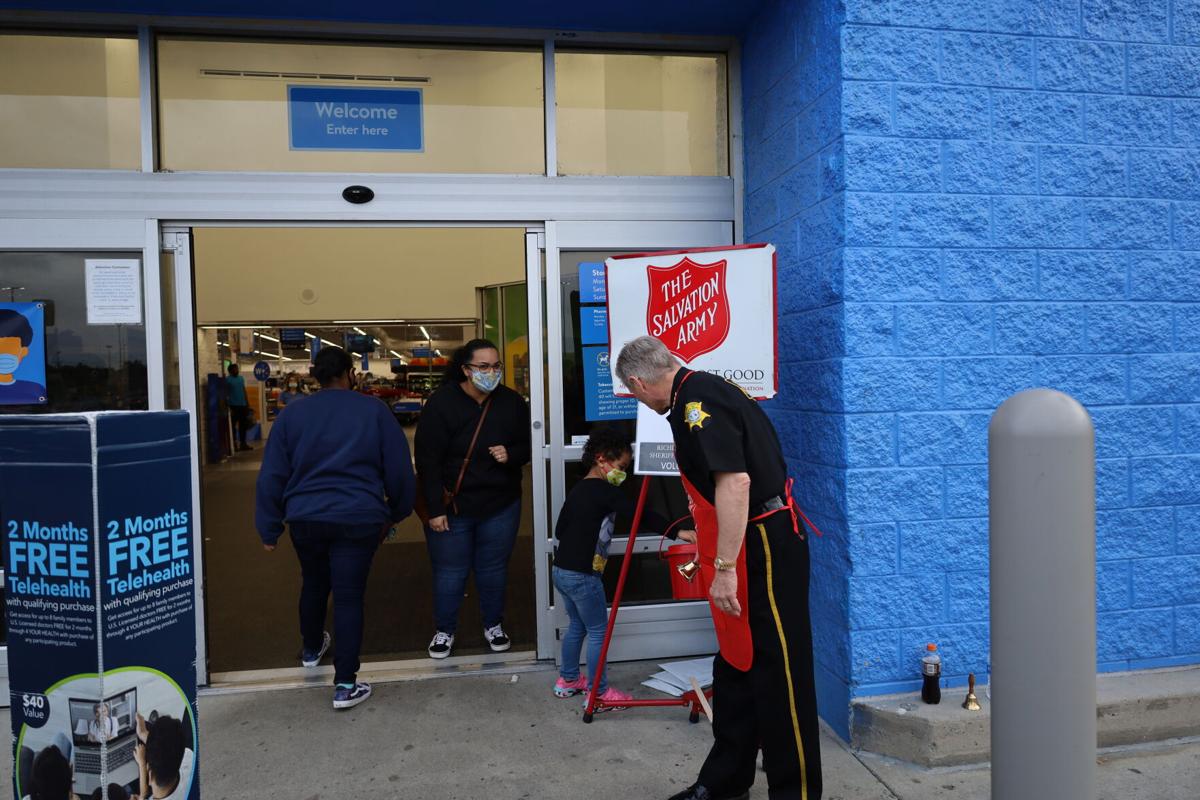 Being a leader with the Richland County Sheriff’s Department can mean many things, from paperwork to risking one’s own life for others. Friday, it meant putting on a familiar red apron and standing outside a department store ringing a bell, to encourage people to give to those in need this holiday season.

"We knew they needed some bell ringers,” Lott said as he took his own turn, spending an hour greeting people, extending holiday good wishes, and encouraging donations with his ringing bell. "It's just our little way of doing something good for somebody."

Lott and others had volunteered in the past, but this was the first time the department had done so as a team. Lott heard that the Salvation Army was a bit short handed this year, and gathered his staff to step up and help.

“I enjoy it. It's fun getting out and talking to people. People give. I think that surprises people, but just about everybody that comes through gives,” he said. "People realize other people are hurting now, with COVID, the economy and other things. They want to help.”

The Salvation Army’s bells and kettles have been seen in the Columbia area for more than a century now, starting in 1905, just a few years after the U.S. debut of the campaign in San Francisco.

The money that fills the kettles funds the Salvation Army’s Christmas Angels program, providing clothes and toys for families in need. Any donations left over go to other Salvation Army programs like assisting with utility bills.

Craddock added that online donations also stay local. More information is available at doingthemostgood.org. Information on volunteering is also available there, as well as details for those in need of assistance from the Salvation Army.

We have the best sheriff EVER! Thank you Sheriff Lott!