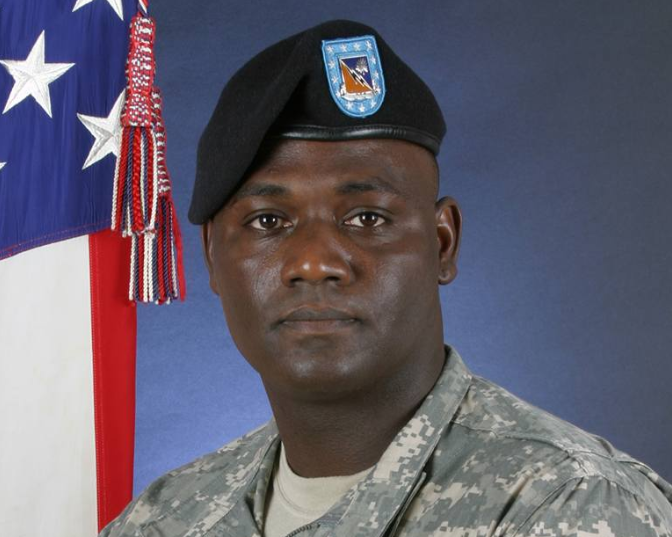 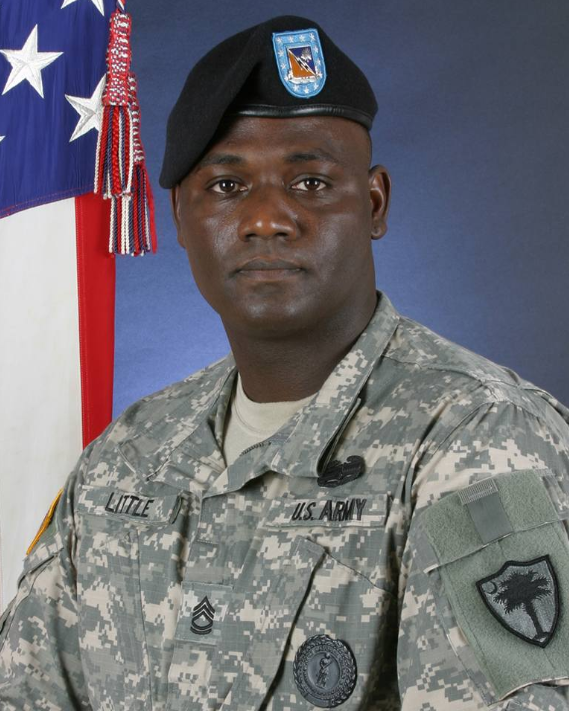 In the loving way members of different branches of the military pick on each other, marines are sometimes called “Jar Heads.”  But the same person uttering that bit of a jab will turn and say “Marines aren’t Jar Heads – you can put stuff in a jar.” Sergeant First Class Retired (SFC R) Taz Little proves that you can also put some knowledge in the jar on a marine’s shoulders.

Taz began his military career in 1989 in the United States Marine Corps as a “Ground Pounder” 0311 Marine Corps Infantryman.

“One of the reasons I came over to the Army National Guard was to get into signal and I.T. (Information Technology),” Little said. “Now I loved the Marine Corps, but I was looking down the road towards retirement and I knew that I.T. was one of the biggest things that I liked.”

Little became a signal troop in the National Guard, and came to love the Guard so much he went on to be a recruiter and enlisted a lot of soldiers. But after retirement, he found himself right back in the Information Technology arena.

“When I retired it was a natural fit for me to look at signal and I worked for SCANA in I.T. but at the same time I always had this hobby of piloting drones,” he said. That hobby ended up turning into a business for Little.

“I was at Finlay Park one day and this guy asks me ‘hey could you look at my roof? I’ll pay you $50 bucks.’ From there, that was what started Skyward Drones,” he said. Little now runs Skyward Drones full time. The company provides pilot training as well as a wide array of services from aerial photography and videography, to drone detection services to help ensure privacy.

To learn more about SFC (R) Taz Little and Skyward Drones, tune in this week to the Soldier Salute on 94.3 The Dude!