For Thursday the NWS-Columbia forecast is: Tropical storm conditions possible. A chance of showers and thunderstorms. Mostly cloudy, with a high near 85. Chance of precipitation is 40%. New rainfall amounts between a quarter and half of an inch possible.

Hurricane Dorian was 105 miles east of West Palm Beach, Fla, early Tuesday morning. It has been downgraded to a Category 3 storm, with sustained winds of 120 mph.

Dorian is expected to bring winds from 39-to-57 mph to Richland and Lexington Counties, according to the National Weather Center in Columbia.

As of early Tuesday morning, No cancellations had been announced in the area. Lexington County School District Two announced it would follow a normal schedule Tuesday, and issue an update on the district’s status when needed.

The storm is predicted to begin to impact the southern counties in South Carolina late Tuesday, according to the National Hurricane Center. The first effects of the storm are expected to be tropical storm force winds of 40-to-70 mph.

Forecasters at the NHC do not know yet where the hurricane will make landfall, but it is expected to ride the shoreline as it moves up the coast.
Some South Carolina counties could experience multiple days of heavy rain, up to 15 inches in some cases. The amount of rain could produce “life-threatening flash floods,” or a tornado. 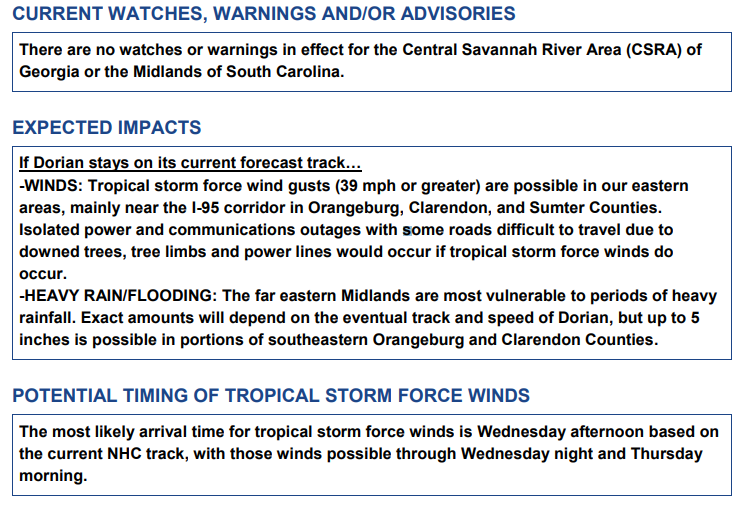 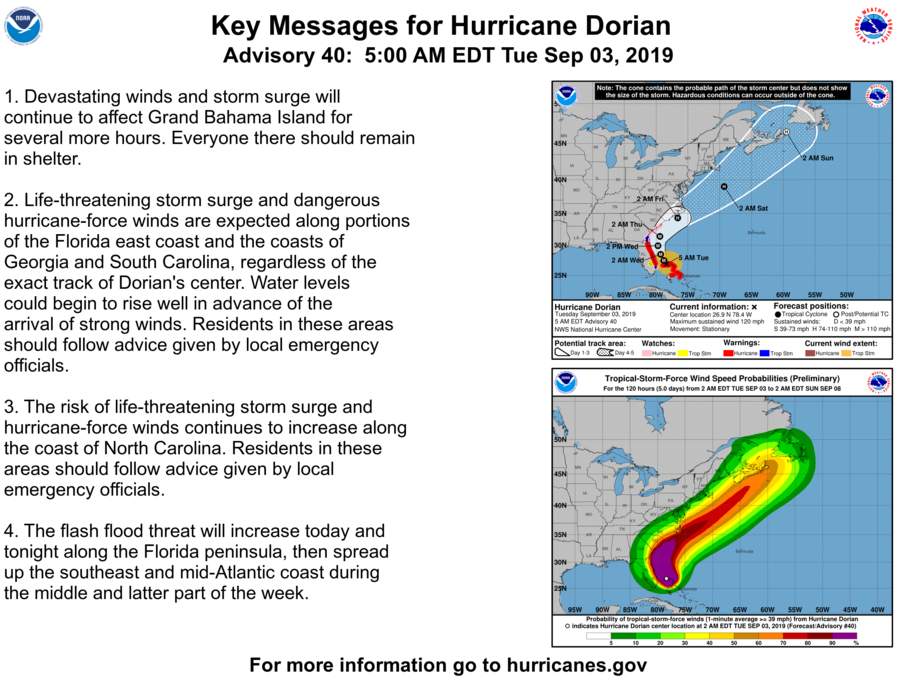 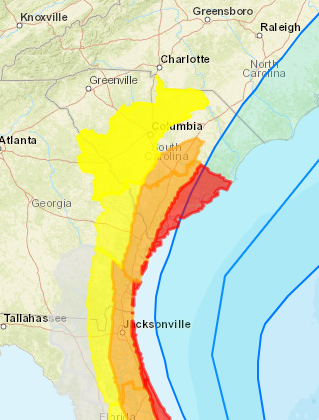