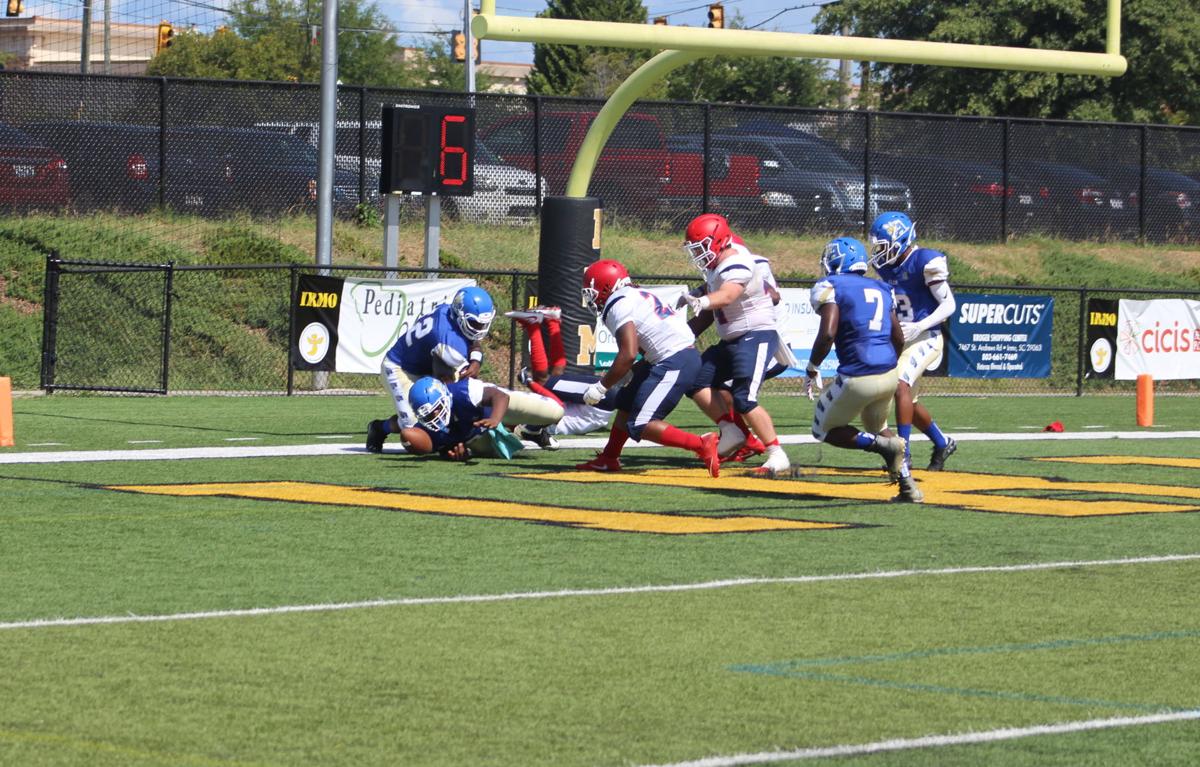 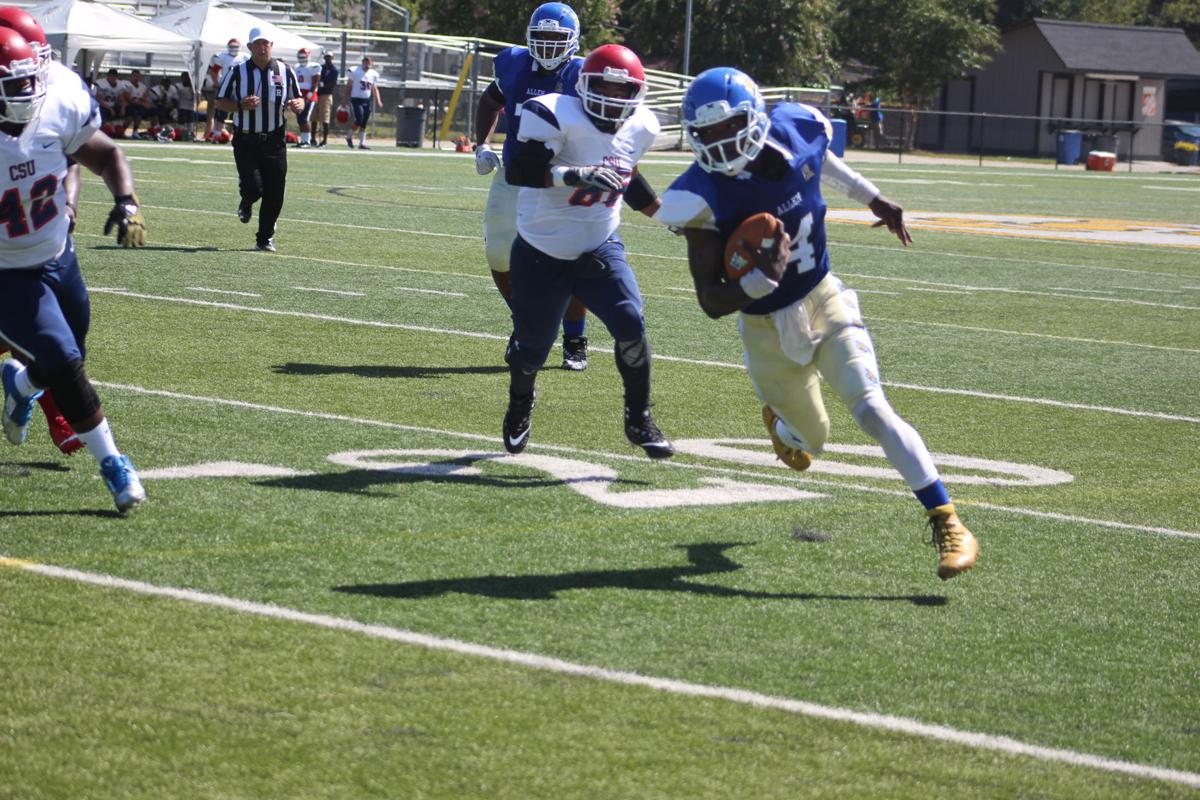 Football will be “buzzing” throughout the fall at W.C. Hawkins Stadium.

The regular season has already started for the host team, Irmo High School. This fall, another “Yellow Jackets” team will call the stadium home – Allen University.

The historic Columbia institution has revived its football program after a 13-year hiatus. Last Saturday, Allen opened the season with a dominating 47-3 victory over Columbus State.

More than 500 fans filled the bleacher section under the press box to watch the Yellow Jackets jump out to a 24-0 halftime advantage. The team’s first score came on a blocked punt by De’Juan Sease of Bamberg-Ehrhardt which resulted in a safety.

Allen will play four more “home” games at W.C. Hawkins Stadium. This was made possible after reaching out to Irmo athletics director Reggie Kennedy along with Lexington/Richland District Five, and setting up an arrangement to pay a fee to use the stadium.

“They called me looking for a stadium to play at,” he said. “Basically, I told them like any other outside vendor that comes in that wants to use our facility, to fill out the application request. I approved on my end, my principal approved it and we got it approved by the District.”

Kennedy, who played at South Carolina State, was unconcerned about possible wear and tear on the gridiron. He pointed out the stadium had previously allowed teams like Palmetto Prep to utilize the facility during football season.

“The biggest thing, I just feel like I wanted to help them the best way I could,” he said. “At the same time, this gives our community an opportunity to experience college football.”

Allen returns to action 3 p.m. Saturday at the home of the Yellow Jackets against Livingstone College.