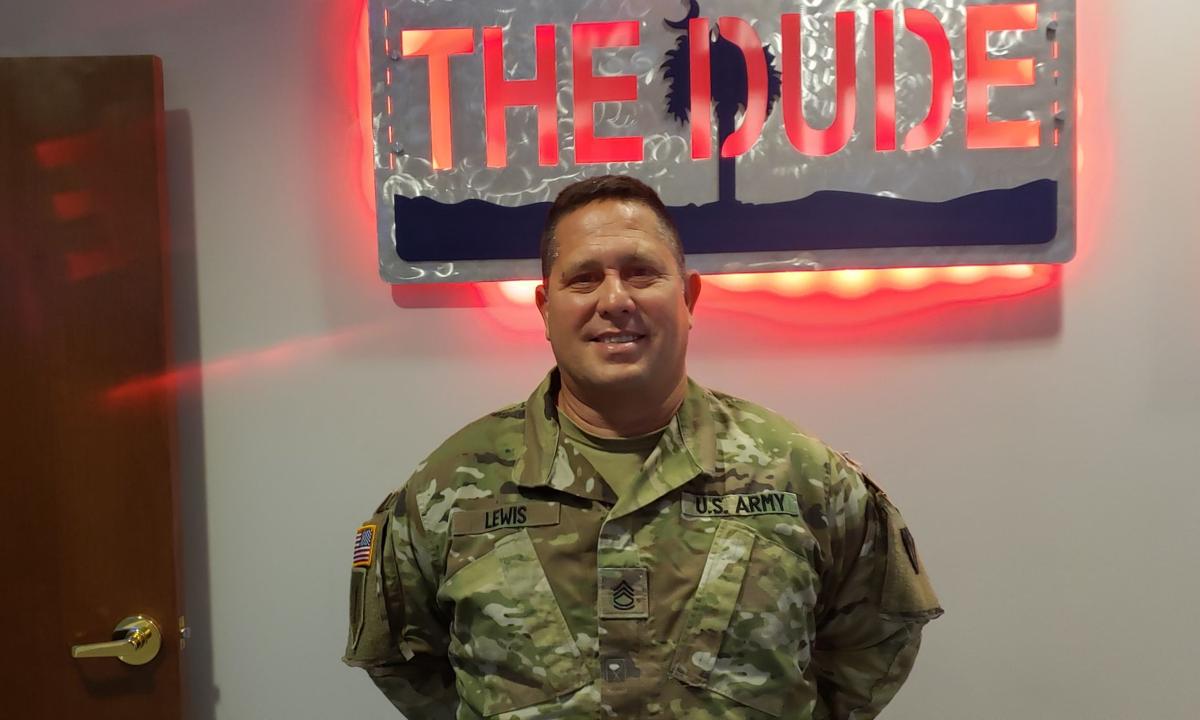 Bryan Lewis is an example of how far hard work and a passionate drive will take you. Not only has Lewis served for 30 honorable years in the United States Army, he also runs a business that was passed down to him by his late father. Lewis prides himself on keeping the business to ensure his father’s legacy is not forgotten.

“I didn’t raise the prices when my father passed, I kept them the same and continue to put that money back into the business. I care more about keeping my father’s legacy alive than making more money,” said Lewis.

Though he is scheduled to retire next year, Lewis is not planning on a relaxing retirement. He plans to leave the Army for a career as a teacher. Teaching members of the military differs greatly from teaching civilians, but he is confident in his abilities to educate the youth of South Carolina.

Lewis has trained in the medical field most of his career, leading him to his current instructor position at Fort Jackson. He teaches life saving combat medic skills in order to train the next generation of battle field medics. In today’s war, the battle field medic has to be able to fight the fight, as well as heal the wounded, making their job one of the most important when it comes to unit readiness.