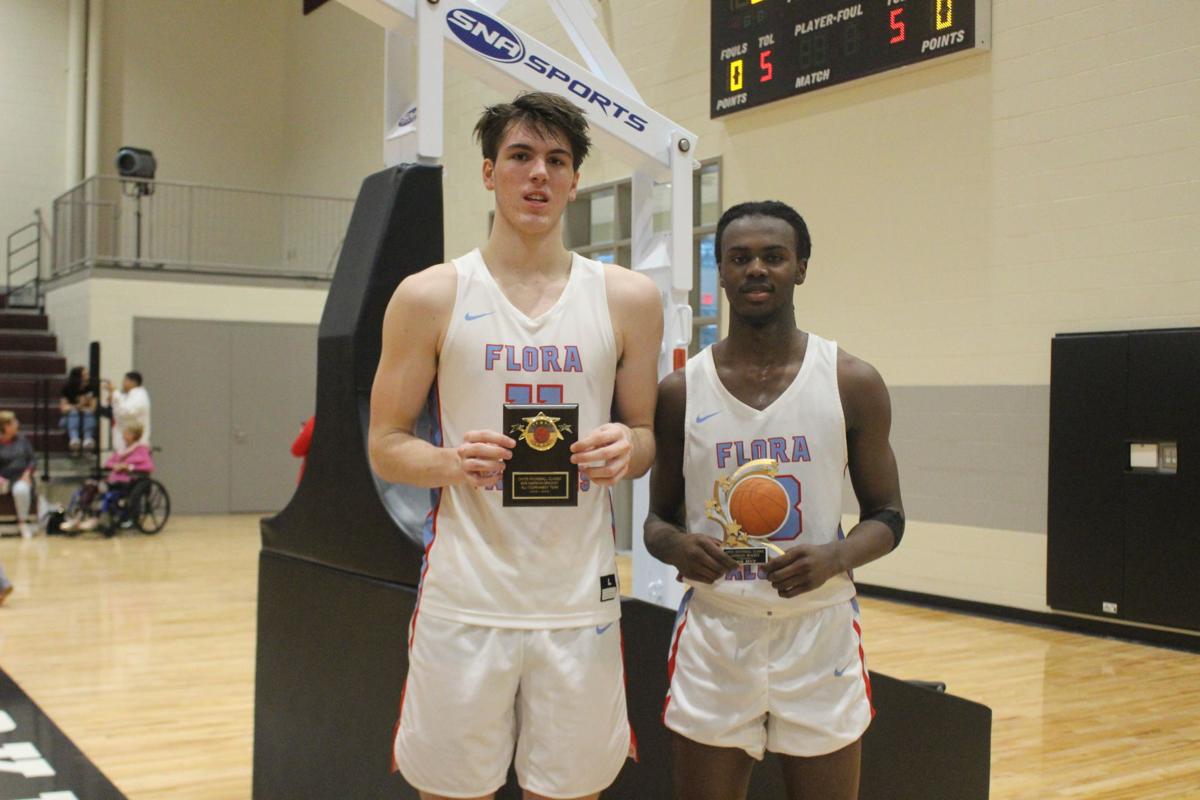 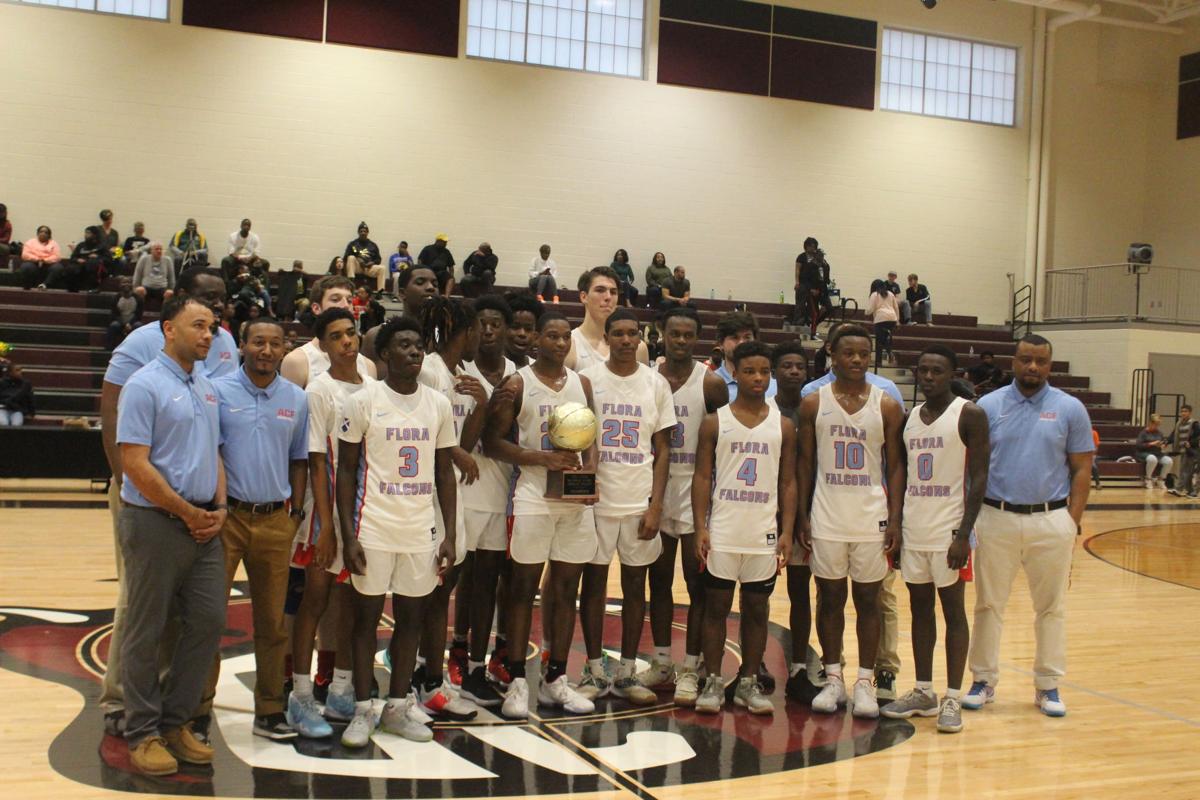 The A.C. Flora boys basketball team with the American bracket title at the Cayce Roundball Classic. 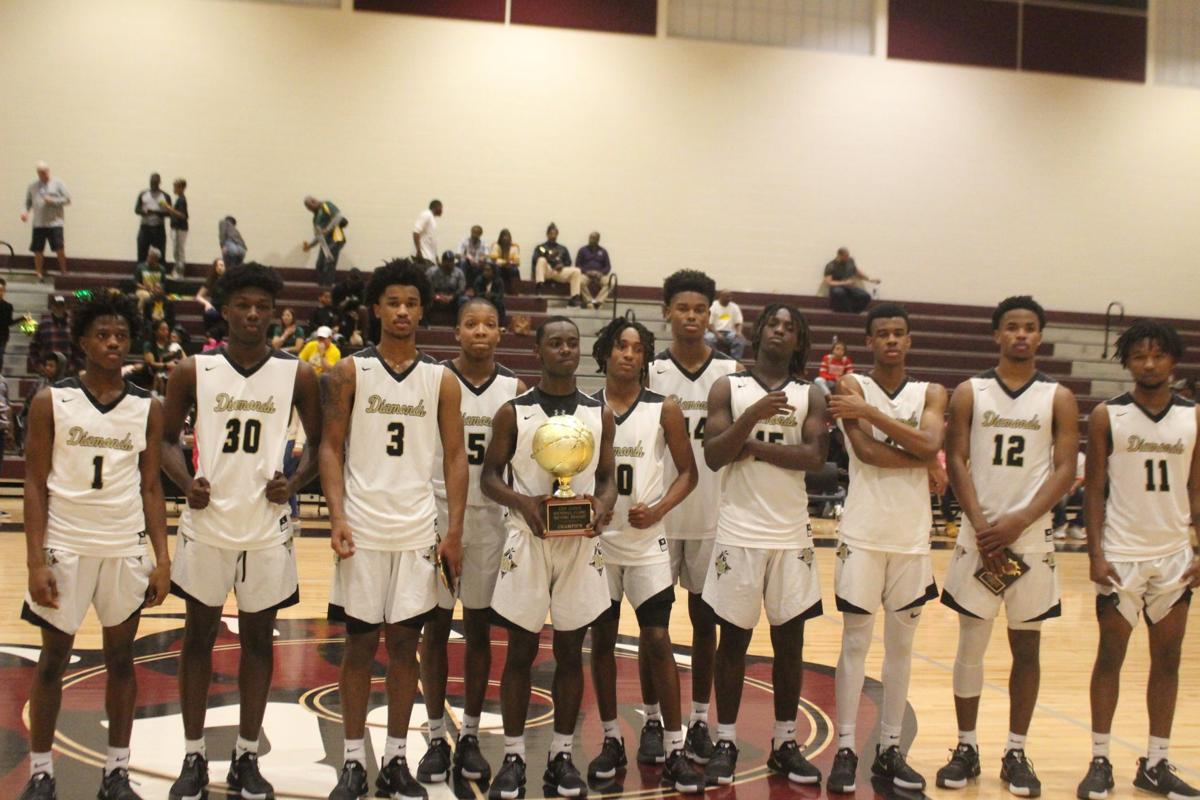 The Lower Richland boys basketball team with the National bracket title at the Cayce Roundball Classic.

The A.C. Flora boys basketball team with the American bracket title at the Cayce Roundball Classic.

The Lower Richland boys basketball team with the National bracket title at the Cayce Roundball Classic.

Ranked fifth in Class 5A, the Falcons defeated Lakeside (Ga.) 51-42 claimed the American bracket of the tournament held at Brookland-Cayce High School. In the finale, the fourth-ranked Diamond Hornets completed the Midlands sweep by beating Fleming Island out of Orange Park, Fla. 65-57 for the National bracket title.

“It was a great opportunity to get some work before region play starts,” Falcons’ head coach Joshua Staley said. “This is our last couple of tests before the games really matters. “(Brookland-Cayce head) Coach (Robert) Wells has run a great event. We’re glad to be a part of it.”

“That tells you, year in and year out, especially with A.C. Flora, our region is tough,” Lower Richland head coach Caleb Gaither said. “Add on to that it’s a crosstown school and that rivalry is always there. I tell my guys, no matter how talented each team is, we know it’s going to be a dogfight year in and year out just because the kids know each other, grow up in the same area. Some of them go to school together, play on the AAU circuit and things like that. We know it’s going to be a dogfight. But it was good to see our region kind of represent and be strong here today.”

In the American final, Lakeside erased an early 12-6 deficit with seven straight points to take the lead. A.C. Flora answered with a 16-5 run to close out the first half with the 28-18 lead.

University of South Carolina commit Patrick Iriel led the Falcons in the first half with 10 points, including 3 2-handed slam dunks. He finished with 14 in earning an All-Tournament selection.

A.C. Flora extended its lead as many as 15 points in the second half led by tournament MVP Robert McCray with 15 points. J.B. Moore also scored in double figures for the Falcons with 11.

Elisee Ehuie led Lakeside with 11 points. He and teammate Ty Briscoe were also named to the All-Tournament team.

The National bracket final with Lower Richland jumping out to a 21-10 advantage midway into the first half. The visiting Golden Eagles rallied to get within a basket, but the Diamond Hornets answered with a layup by Quenton Flood and three-pointer by Kory Richardson to take a 33-26 lead into the locker room.

Fleming Island opened the second half with three, 3-pointers during a 9-2 to tie the game at 35-35. Sebastian Ashor led the Golden Eagles with a game-high 20 points in making the All-Tournament team along with Marco Ashor.

Lower Richland answered with a 8-0 run of its own to reclaim the lead.

The Golden Eagles made a final rally, cutting the deficit to 57-53 on a three-point play by Ahman Greenidge with 1:02 left in the game. Lower Richland scored its final eight points from the free-throw line to close out the victory.

Richardson led Lower Richland with 18 points to earn National MVP honors. Flood finished with 16 points in earning an All-Tournament selection, followed by Dajon Townsend with 11 and Anthony Huff with 10.

Tim Steele scored 18 points and Tonka Hemingway had 15 as the Tigers claimed the third place trophy of the American bracket.

Both players were named to the All-Tournament team.

Chamar Martin had 16 points and All-Tournament selection Aubrey Richardson finished with 12 for the Bearcats.

Jacoby Crosby had 20 points and Anthony Jones finished with 19 for the Red Raiders.

Andre Wilson scored 17 points and Bentley Yates had 12 to lead the Highlanders, who 40-4 at halftime.

Mike Johnson had 9 points for the Hornets.

The Redhawks used a three-point shooting barrage to erase a 22-19 halftime deficit and claim third place in the National Bracket.

Cameron McBride and All-Tournament team selection Mike Peay combined for seven, 3-pointers during the second half run. McBride finished with 16 points, including four 3-pointers, and Peay had 11, including three 3-pointers.

Donovan Hodge had 19 points and Dominick Hodge added 10 to lead the Thoroughbreds.

Devante Johnson, who hit the game-winning 3-pointer against Westside on Friday, had a game-high 20 points. Jordan Williams finished with 17 and Maurice Hayman had 12 for the Demons.