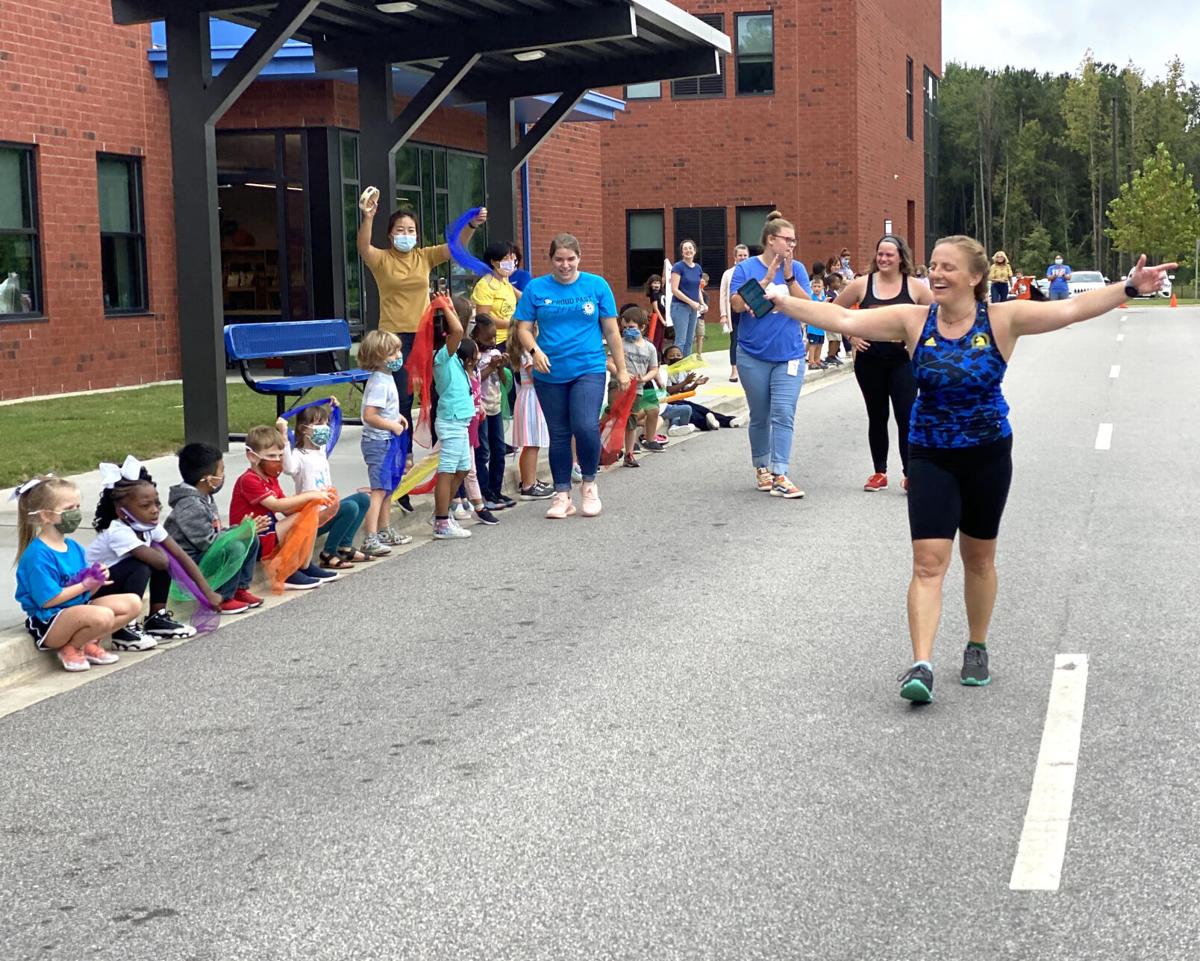 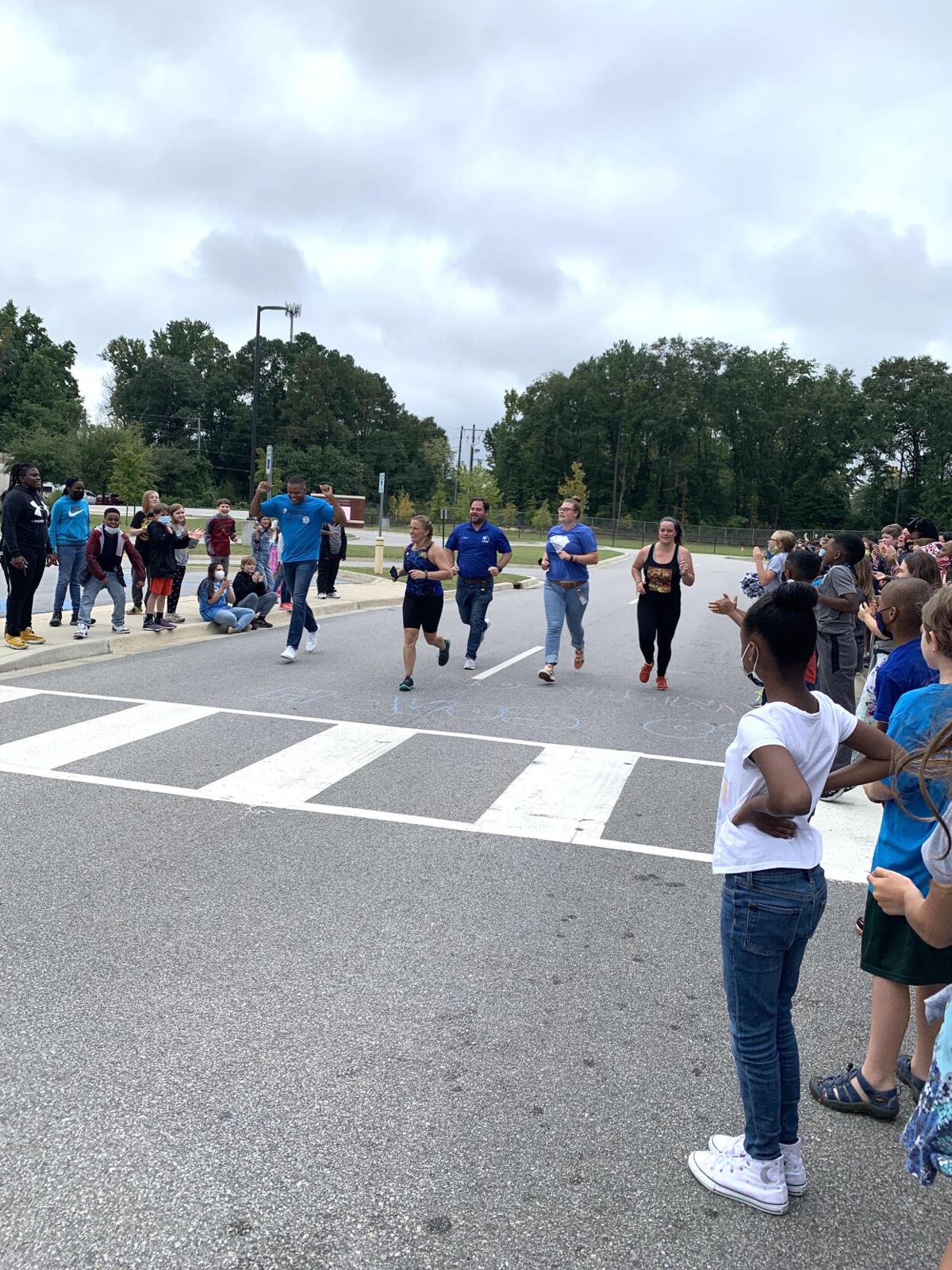 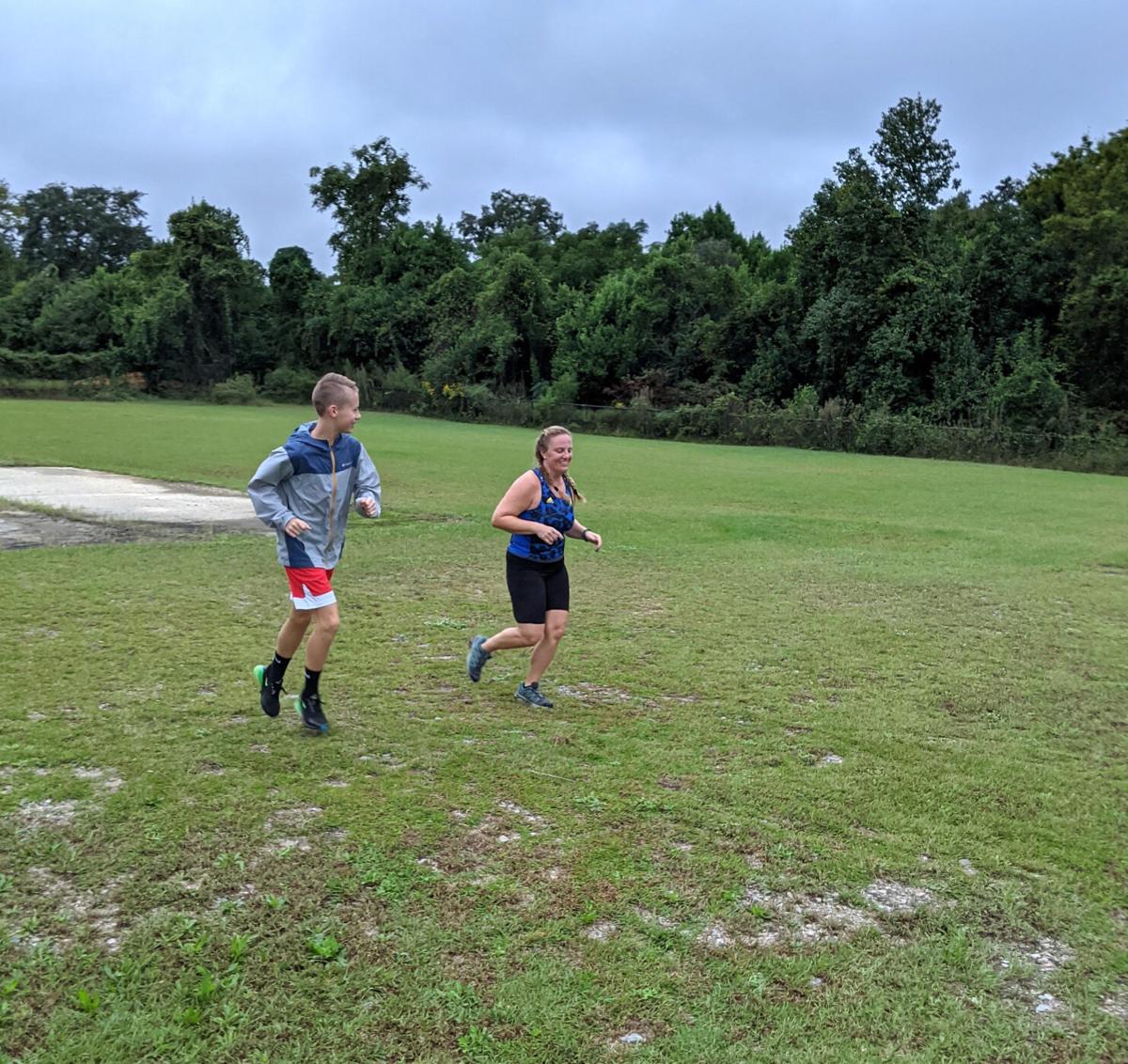 Elease Anderson ran the Boston Marathon, a 26.2 mile-long stretch, virtually at the school on Oct. 8. According to Anderson, it was a goal of hers for quite sometime.

"Completing the Boston Marathon has always been a dream of mine since I was in middle school. Boston is a hard race to qualify for, so when they did this one time opportunity of completing it virtually, I registered the minute it opened up," she said.

School officials said she charted routes at both campuses, and was even joined by Head of School, Mark A. Bounds and Deputy Head of School, Andrew Hart, while running the distance between the two facilities.

"Our Head of School and Deputy Head of School never turn down a challenge, or an opportunity to support their panda family," said school lead nurse Temple Hart.

Boston Marathon Day was also interactive for students and staff, who had the chance to sign up to run a lap with Anderson. Kennedy Natvig's three sons, who all attend East Point, signed up to run with her.

"My boys love Coach Anderson and they were thrilled to support her and run alongside her," Natvig said. "Ms. Anderson encourages students every day as a teacher and RunHard coach."

Classes lined her route throughout the day to cheer for Anderson and offer support. She crossed the 26.2 mile mark surrounded by cheering students and peers.

"I hope my students and staff know that they can dream, and dream big," she said. "It may take them awhile to get there, but if they keep working hard, setting goals and persevere, they can also accomplish their dreams and goals."

The Boston Athletic Association offered a virtual race this year in celebration of the 125th Boston Marathon. The virtual race was open to the first 70,000 registrants. Anderson said she chose to run the marathon in front of her students and coworkers because it's important to "surround yourself with people who will encourage and support you."