Jeremy Shealy, from Pomaria, has applied four different years to get his Alligator Hunting Permit. The Department of Natural Resources chooses a select number of applicants annually through a random name-drawing process. This year, his name was one of the few that were drawn. Alligator hunting is only in season for one month, from September 8 to October 13. When a person’s name is drawn, they can only kill one alligator per season.

Shealy and his girlfriend Stacy Clark joined friend Hunter Neeley, of Chapin, and drove to Lake Moultrie on opening day to see what they could find. Shealy said as long as he found an alligator larger than the required four feet, he was going to be happy. He had no idea the gator he would kill would be 13 feet, 2 inches long and weigh 1012 pounds.

“I asked Hunter if he would take me, I knew he had the equipment,” said Shealy. Neeley’s name had been chosen the previous year in the drawing, and Shealy knew he had experience with alligator hunting. “I said I’d be happy with a seven-to-nine-footer, but Hunter said ‘no, we’re not doing that. We’re going for a big one.”

According to Shealy, they first saw the alligator only about 30 minutes after they’d gotten onto the water. They began by casting a few lines into it with weighted hooks. At one point he said the alligator “took off,” and Shealy ran out of line on his reel. He joked, “I said, ‘oh Lord what am I going to do now?” Neeley cranked up the air boat and followed it to give him some more slack. Eventually there five lines connected to the gator, but that still wasn’t enough.

“Finally we got a harpoon in him,” he said. “But he ended up biting the harpoon. An inch-and-a-half steel pipe, and he turned it sideways.” After a second harpoon, Shealy said the gator surfaced about three feet from the boat.

“Hunter had an arrow, so we shot him with the bow fishing arrow. We fought him for a little while, he would go lay on the bottom and we couldn’t do anything about that. When he came up, I shot him with a .45 and he went belly up,” said Shealy. He thought it was dead at that point, but Neeley advised him to give it another few minutes.

“Next thing I knew the gator comes back to life, and takes off again. I put two more shots in him. And the third shot is what got him,” said Shealy.

Shealy, Clark and Neeley called another friend who was out on the water to help them pull the gator into their boat. “It took five grown men and my girlfriend, and we struggled. It was definitely the hunt of a lifetime,” said Shealy.

He said he realizes some people may be critical of the hunt. However, he wants to make sure people know he did not do it just for the sake of killing something.

“I’m not killing this thing just for the sport, that meat is not going to waste. Of course I want to take pictures with it, but I’m going to have meat from this for probably the next two years,” he said.

Taxidermist Crick Hooker is going to be mounting the head for Shealy. He said he’ll be displaying it in his living room beneath his TV. 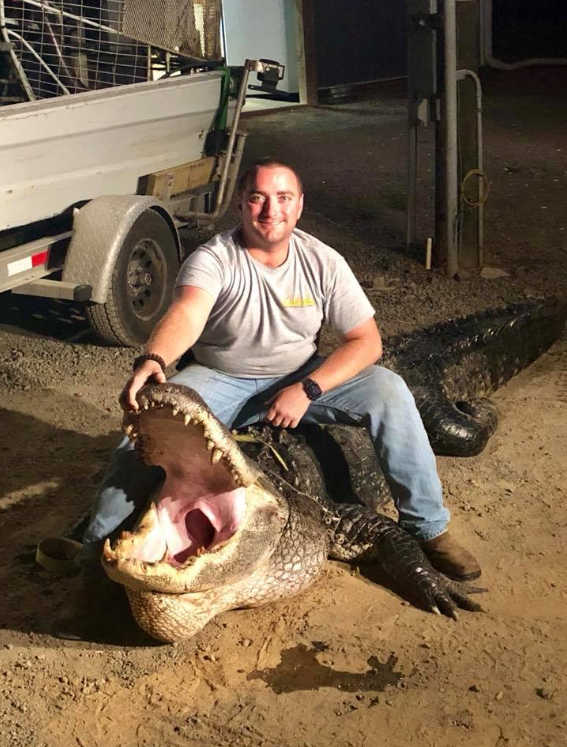 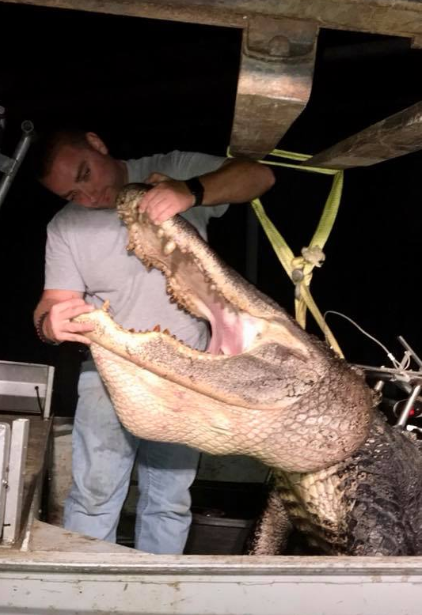 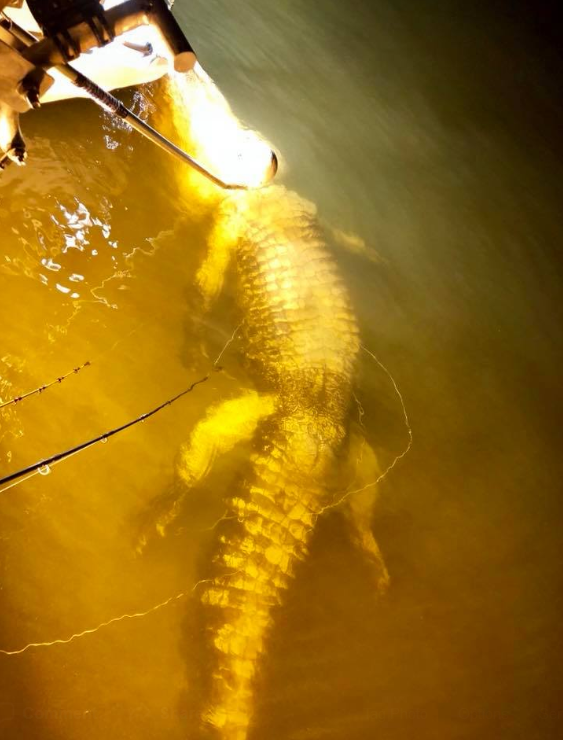 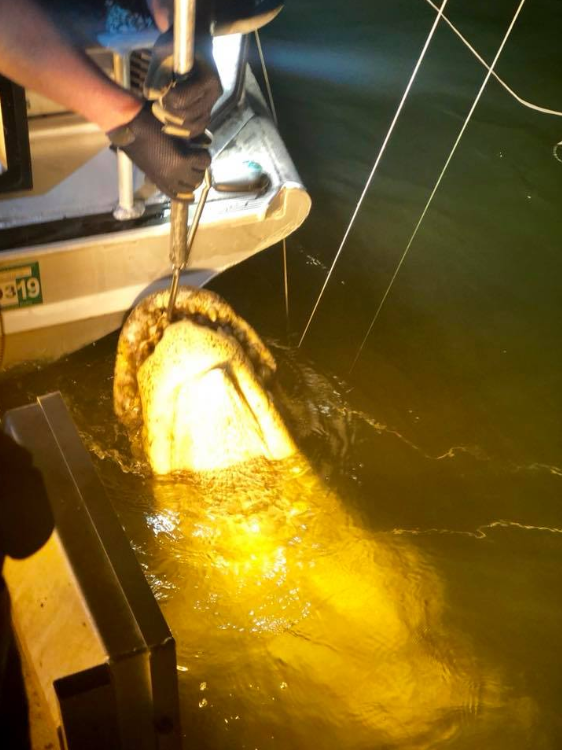 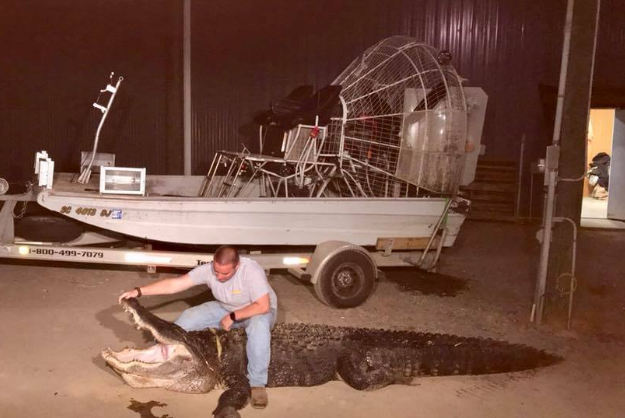 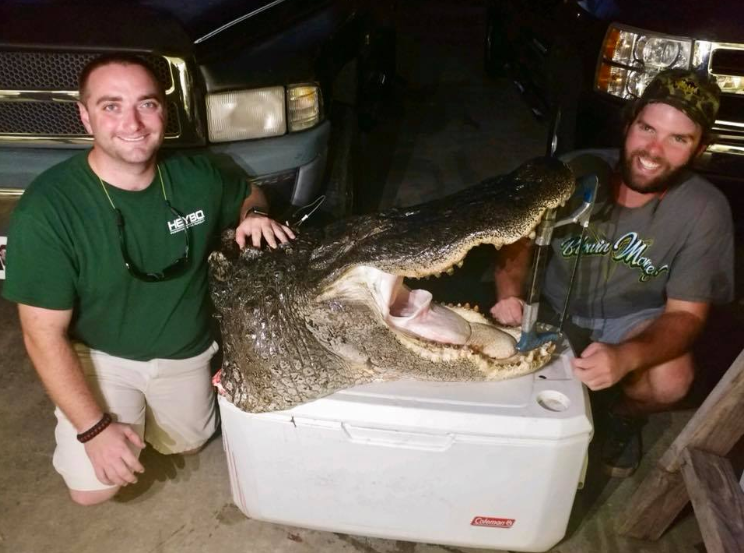 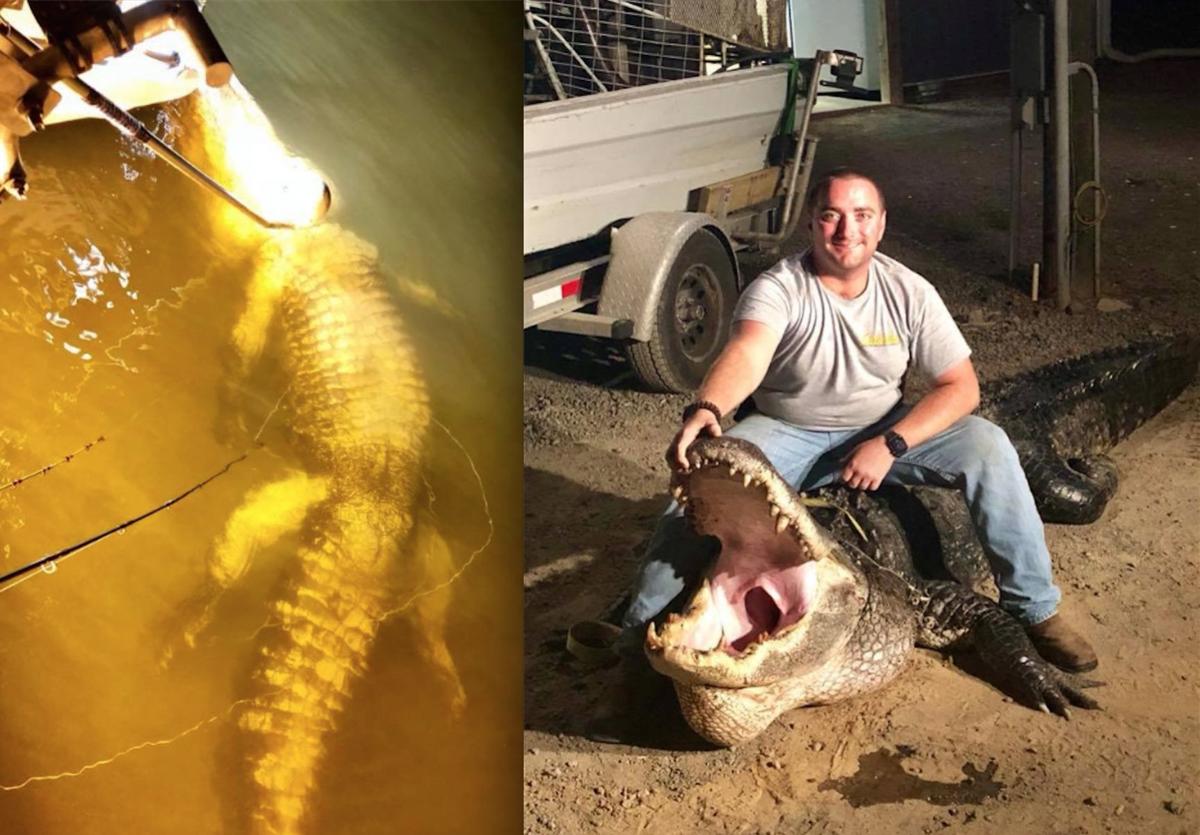 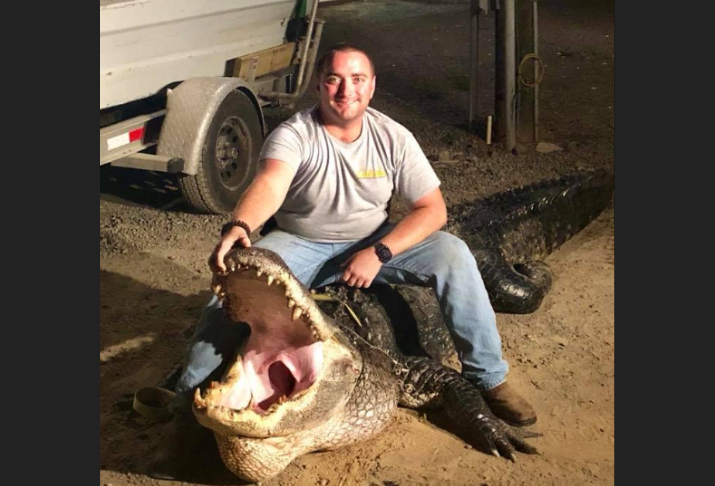