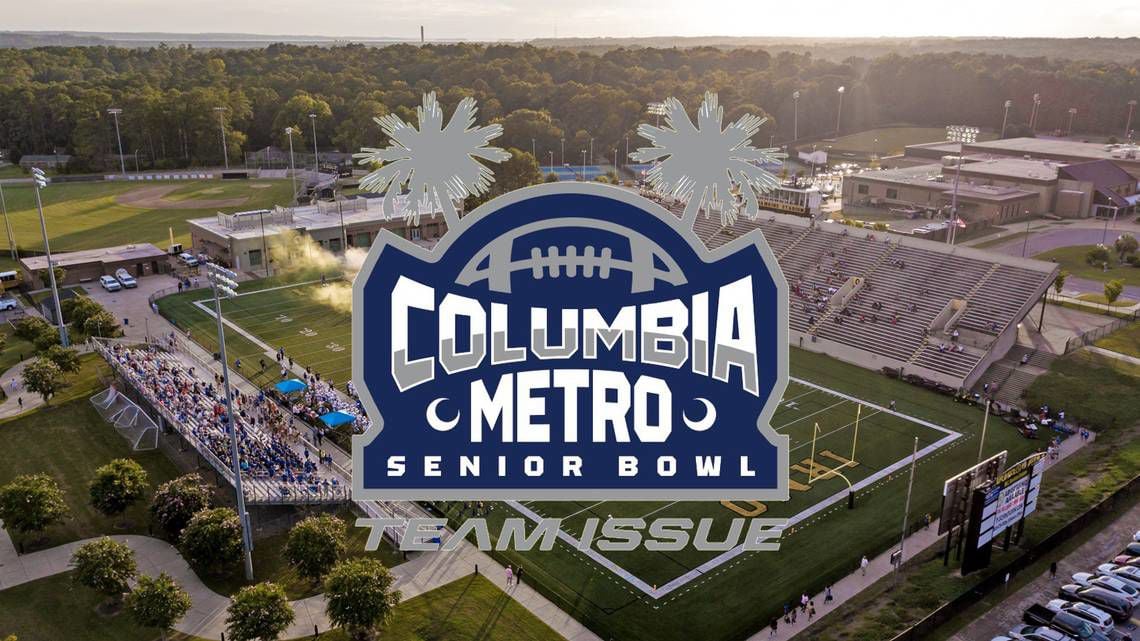 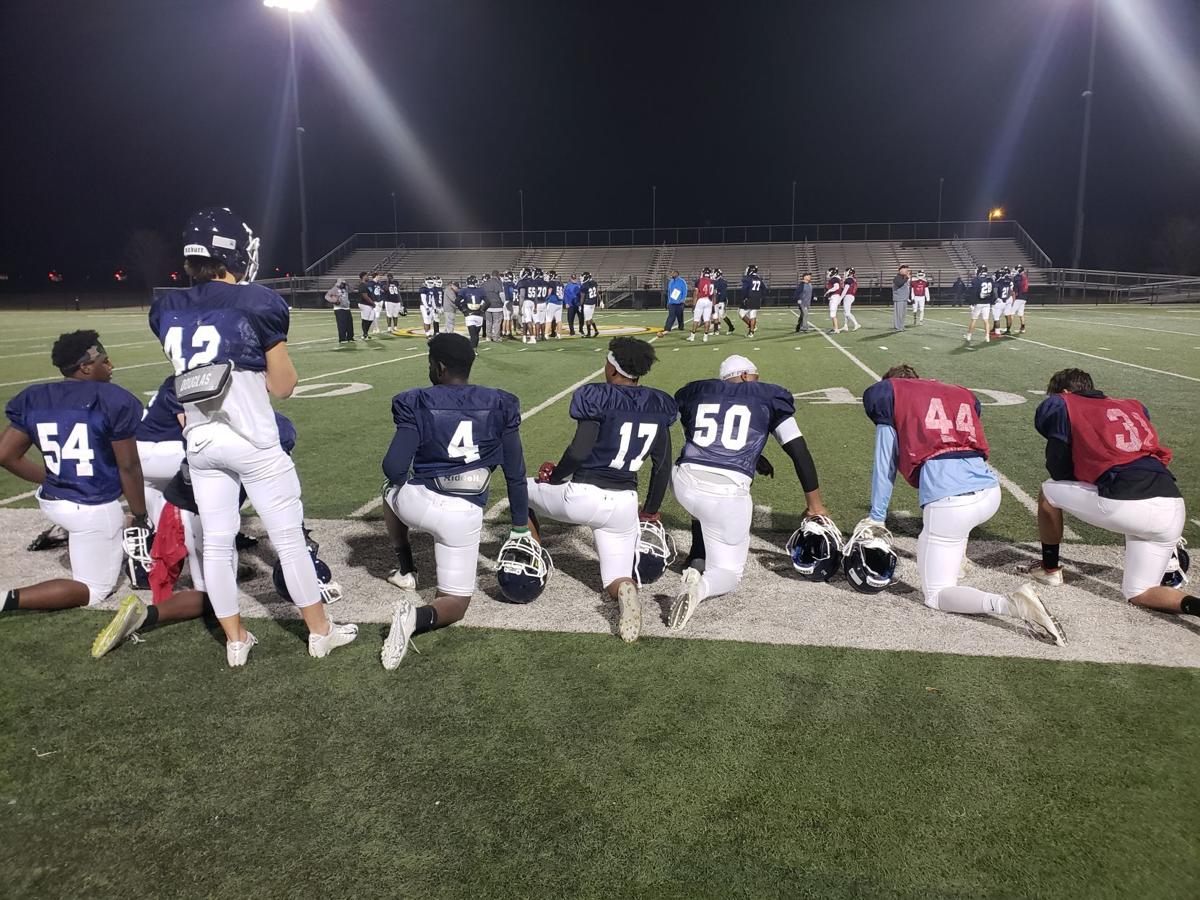 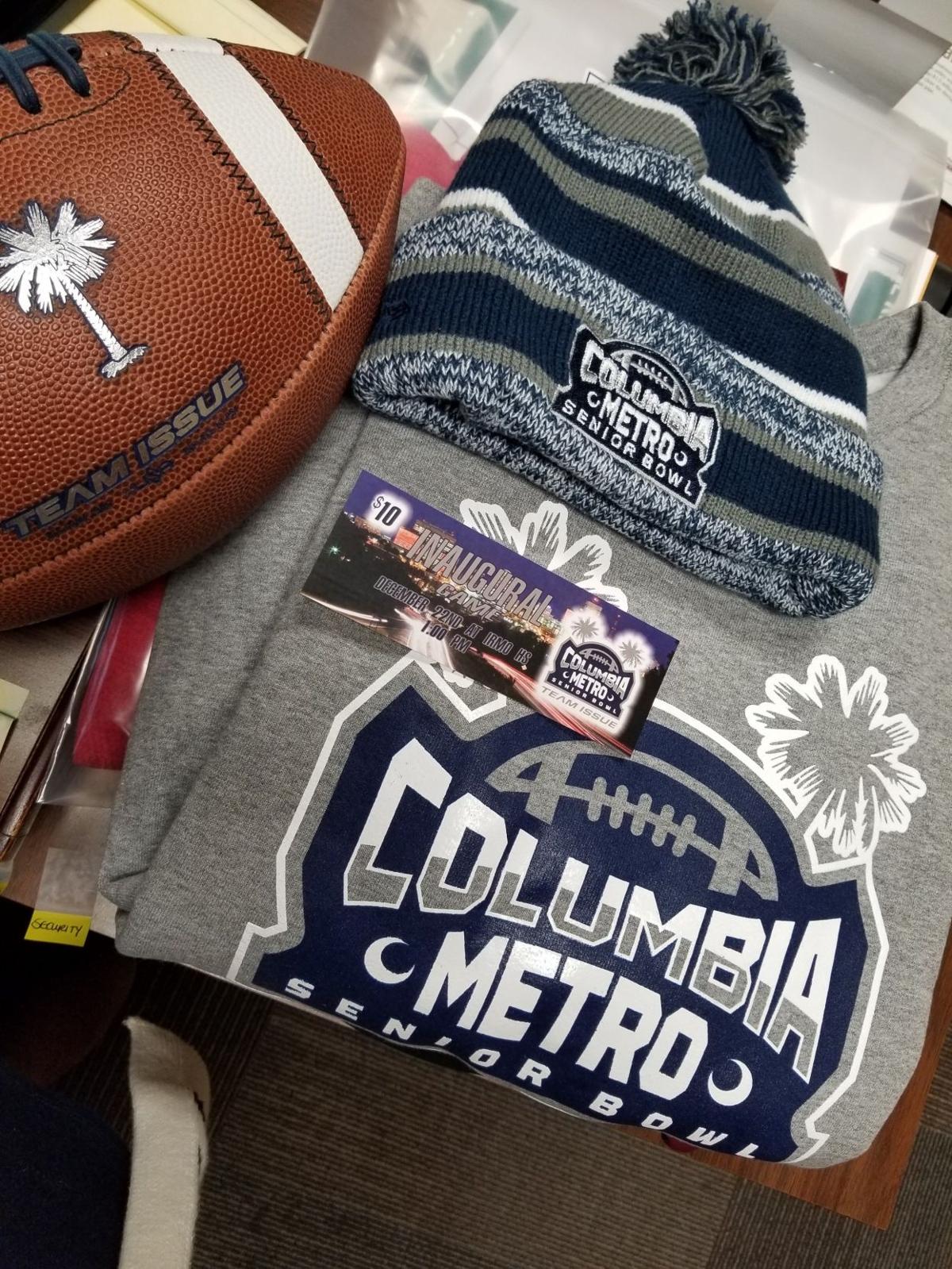 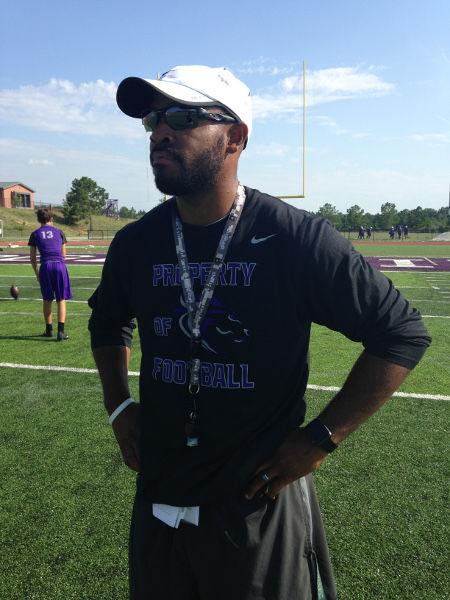 The Columbia Metro Senior Bowl is finally here. The inaugural game will kickoff at 1 p.m. at Irmo High School and feature some of the best Midlands high school football players in the area. There will be 38 different schools represented with players and coaches.

You’ve read about it by now, but what does this game really mean? To some, it might be just another all-star game, but to others it will be a chance to suit up one final time and maybe even to play at the next level. I’ll add on to that by saying this is great for the Midlands brand of football. The Metro Bowl will be a great showcase of the talent level in this area. It will also bring coaches and players together better than ever before. The camaraderie and relationships built this week will only get better for years to come.

The organizer of this game, Ridge View head football coach Perry Parks, has a great vision for the present and future of this format not only for this game, but the brand of Midlands football. He apparently got the idea from when he began his coaching career in the state of Georgia. In the Atlanta metro area, whole counties have their own all-star games. Counties like Cobb, Dekalb, Douglas, and Gwinnett all do something similar to what you will see this Saturday. Even states like Florida, known for top level-type talent, do this. Places like Orlando, Tampa, and Miami have some 30 plus programs that reside in it.

Parks is very progressive in his everyday actions, from his relationships and connections with college and pro coaches, to doing any media that comes his way, and even getting the sponsorship for this game himself. Team Issue is the title sponsor and that’s a big deal.

Parks had a plan, and did a great job with all of this. But to really understand what this game is and means, you have to know Perry Parks and his origin story as an athlete. As a junior at Sumter High, Parks only caught one pass all season. But in his senior year, he hauled in 48 passes for nearly 700 yards and seven touchdowns. That sort of play got him a look from Coastal Carolina. They asked him to walk on, where he then earned a full ride scholarship after his freshman year. Parks played for his now mentor, and Lexington county administrator, David Bennett. He was patient, and worked hard to finally shine in his senior season. And it payed dividends for him. He was snubbed of the all-star games and never got that extra game to perform. But the metro bowl gives players that chance.

Additionally, this game is not just for the snubs of the North/South or Shrine Bowl, but the kids that don’t blossom or get an opportunity until their senior year. Remember, Shrine Bowl is more of a process done after junior seasons, and North/South is selected after the first 3 or so games of the season. So the Metro Bowl is about that one final shot. That last ride, to show off your talent, whether it be for a college offer, or your community and pride.

My personal opinion is that this game can do wonders for the future of the area in a big way. From elementary, to middle school and even younger high school kids in the Midlands. Think about it: they will all see the talent on the field, and hopefully motivate them to try out for football and work hard to achieve a goal. That goal does not necessarily have to be to play in this game, but they see the hard work pay off. And they also see these kids get recognized after a successful senior season.

This game has also given these kids personality, individuality and ownership. There is a lot of pride in not only representing your area, but most importantly, your school and community. Richland and Lexington counties obviously have the most players represented in this game, but places like Kershaw, Fairfield, and Newberry will also have a chance to put the rest of the area on notice.

A chance for kids to play at the collegiate level is also on the line. The smaller schools will have a presence on Saturday trying to find an athlete that may have slipped through the cracks. A guy like Jaylon Boyd of Blythewood. Boyd just got an offer this week from Erskine college (they begin football in 2020), and I know for a fact they had coaches there at practice this week. So little by little, this game will go a long way in furthering the careers of these young men. How about a guy like Randall Brown of Lugoff-Elgin? He played on a 0-10 team and sometimes a number like that keeps kids from getting noticed. But coaches have told me he’s good, and could start for a number of teams. He will be on the field Saturday and hopefully get a chance to go next level. These kids might not be going to Power five schools, but playing on the collegiate level at say Newberry, Presbyterian or even a brand new program like Erskine is a great accomplishment. And for the kids that don’t get that chance out of this game, they can at least say they had the opportunity to suit up one more time, all the while being recognized as an all-star.

Lastly, most know that Rock Hill is nicknamed Football City, USA. Named for its multiple state championships, and NFL stars. Well, why can’t the Midlands be known for innovating an all-star game? Imagine an all-star game in the Upstate, the Pee Dee/Grand Strand, or Rock Hill. Sign me up for any of those.

Quick Takes
In terms of a breakdown for the game itself. After attending a practice for each side, here is what I came out with. I think the East has the advantage at speed and skill players. Walyn Napper (RV) and Malik Wesley (SV) lead a talented stable of wide receivers. The West, however will have the size on both sides of the lines. They are huge upfront on the offensive and defensive lines. Guys like Hampton Ergle of Lexington (6’5, 300) Dutch Fork’s Cameron Johnson (6’5, 260), and Newberry’s Jamaree Caldwell (6’3, 348) lead that front. They also have the only true tight end in the game with River Bluff’s Cleburne Gray. The QBs will be somewhat of a wash. Some might give the slight edge to the West in that category. An x-factor could be Swansea’s Keenan Coats for the West, as he is listed as a WR but was taking reps under center. I like the running backs (Jaylon Boyd, Day Day Washington, & Thomas Green) better on the East team, and the linebackers, too. Special teams will be pretty even as both teams have solid and experienced kickers.

The Coaches:
The two head coaches have quite the connection here. I’m somewhat of a nerd when it comes to “six degrees of separation” and how each thing is connected. It will be a couple of Fairfield guys going at it as current Fairfield Central coach Demetrius Davis leads the East and Irmo’s Reggie Kennedy coaches the West. Reggie coached the Griffins in two stints from 2002-2005 then again from 2008-2010. But more than just the Winnsboro tie-in, both consider South Carolina State football coach Buddy Pough a mentor. Kennedy played at SC State while Davis would coach under Buddy for 10 seasons or so. Kennedy and Davis told me that they talk every day to each other but that 48 hours before the game they would have to “cut it off” for preparations leading to the game. Of course they said it tongue in cheek.

There are also many ways to catch the game outside of attending.
Listen on KOOL 102.7 FM. online or mobile app
You can also watch the game, with the audio attached.
https://www.facebook.com/KMVideoProductions/
@kirkmays on twitter or watchsc.tv
Follow the Metro Bowl on twitter as well @metro_bowl